Accessibility links
New Paintings Reignite The Bob Dylan Copycat Debate Legendary songwriter Bob Dylan is once again at the center of a controversy about plagiarism, but this time it's not about his words or his music — it's about his painting. Many of the pictures in his new show are direct copies from historical photographs, and some fans are calling foul. 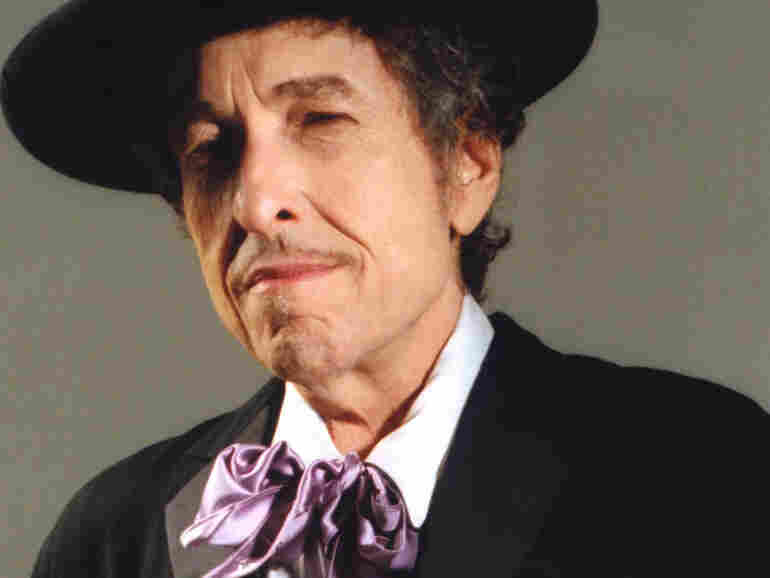 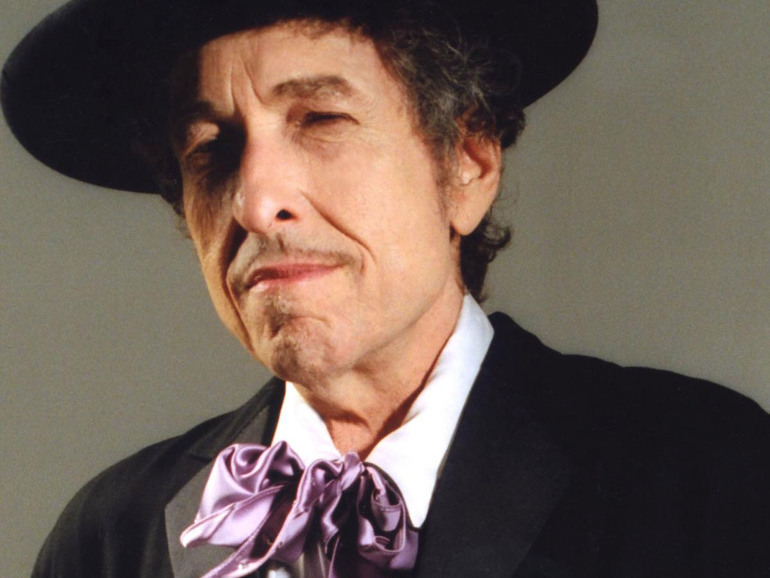 Legendary songwriter Bob Dylan is once again at the center of a controversy about plagiarism, but this time it's not about his words or his music — it's about his painting.

The Asia Series, Dylan's current one-man show at the Gagosian Gallery in New York, was initially billed as the musician's visual response to his travels through Asia. But as it turns out, many of the pictures are direct copies from historical photographs.

Attentive fans on the Bob Dylan-centric website Expecting Rain were the first to notice something odd. Among the paintings included in Dylan's show is an image of two Chinese men that seems to be a full-color reproduction of a famous black-and-white photograph by Henri Cartier-Bresson. Six other paintings in the show bear a striking resemblance to more obscure historical photographs of China and Japan.

Rob Oechsle is an American photographer who's lived in Japan for much of the past 40 years. He runs a Flickr blog called Okinawa Soba, where he posts historical photos from his substantial archive and personal collection. He says he was surprised to recognize a few of his own photos in Dylan's show.

"I said, 'Wow, that's my stuff. Those are pictures from my archive,' " Oechsle remembers.

See a side-by-side comparison of Dylan's paintings and their original historical photographs at ArtInfo.

It's perfectly legal to copy images like Oechsle's, which are in the public domain, but Oechsle wishes Dylan had given some credit to his sources. He says Dylan is guilty of creating work that isn't part of his experience in Asia.

"It's plagiarism, plain and simple," Oechsle says. "To take something that's beautiful that someone else composed and just trace over it, get out your little paintbrushes and poster paints, paint over the lines, put that up and say, 'This is my experience; this is my composition; that is what I saw; this is what I did.' "

But that's just what the Gagosian Gallery did when it first announced the show, describing it as a visual journey with "firsthand depictions" of the musician's travels in Asia.

This isn't the first time Dylan's penchant for borrowing has gotten him in trouble. A song from his 2001 album, Love and Theft, lifted these lines from the Junichi Saga novel Confessions of a Yakuza:

My old man, he's like some feudal lord
He's got more lives than a cat
I've never seen him quarrel with my mother even once
Things come alive or they fall flat

Dylan was also caught borrowing quotes and anecdotes from Mark Twain, Marcel Proust, Jack London and a host of other sources in his memoir, Chronicles: Volume One.

Fans and critics largely defended him in those cases, but this time even some longtime Dylan watchers are dismayed

Michael Gray, a blogger and author of the Bob Dylan Encyclopedia, says he's disappointed about what Dylan has presented as his own work.

"Lots of people paint from photographs," he says. "But ... the entire composition, the exact composition of a painting — Dylan has copied that. That just seems to me to betray a lack of ideas, a lack of originality about the whole thing."

Neither Dylan nor the Gagosian would grant interviews for this story, and the gallery no longer claims that the show is based solely on Dylan's travels in Asia.

There's a long history of pop and rock musicians lifting lines — and entire songs — without credit. So maybe it's not surprising that Dylan fans don't seem to mind his sourcing, or lack thereof.

"I think it's a work of art, a piece of performance art," says Fred Bals, a writer who posts frequently on Expecting Rain. "It's a typical Bob Dylan statement."

Bals says he thinks Dylan must have known that someone would identify his historical source material sooner or later.

He just didn't specify that he was painting Life, the magazine from which one of the images came. It's not clear if Dylan purchased rights to that image, but he does seem to have an arrangement with Magnum Photos, which owns the rights to three of the original images that appear in the show.

None of that is much consolation to photo blogger Rob Oechsle. But you still get the sense that he's willing to forgive Dylan.

"I just happen to love his music," he says. "And when he comes on the radio, I still lean over and turn up the dial."

The Asia Series is on display through Saturday. Dylan's gallery wouldn't say how much the paintings are selling for — but presumably, you could buy copies of the original photographs for quite a bit less.