Accessibility links
Six Miles Offshore: The Wreck Of Montebello More than 3 million gallons of crude oil from a sunken tanker may be threatening California's Central Coast. The SS Montebello sank in 1941 after it was torpedoed by a Japanese submarine. A group is now trying to determine just how much of an environmental threat the Montebello poses, 900 feet below the waves.

This map highlights the many potentially polluting shipwrecks along U.S. coastlines.

The Montebello is located on California's Central Coast, near Morro Bay. The NOAA established a Remediation of Underwater Legacy Environmental Threats (RULET) Database to track and categorize shipwrecks, and areas of high priority and concern.

A task force is evaluating the risk posed by a sunken oil tanker, the SS Montebello. It went to the bottom after being attacked by a Japanese submarine during World War II. State and federal officials want to know if the ship is still carrying its cargo of oil, and if that oil could escape. 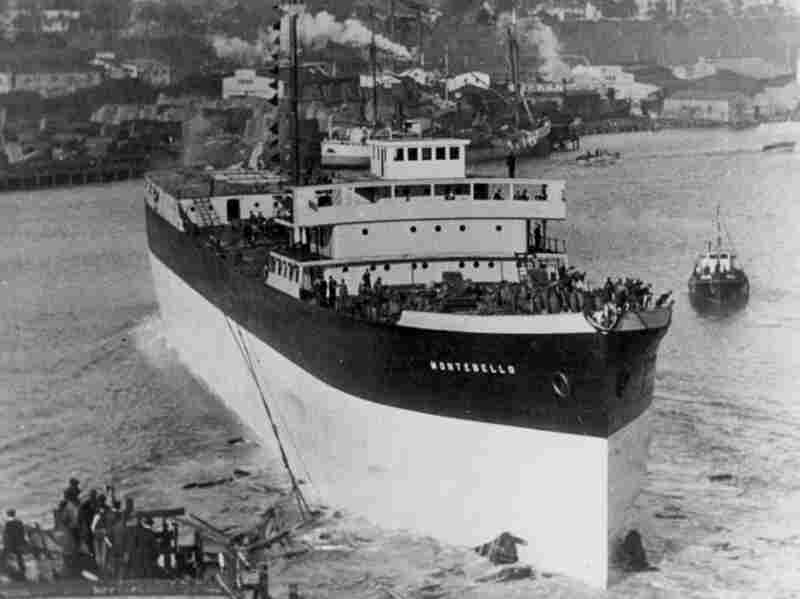 The SS Montebello, shown in its glory days, was torpedoed by a Japanese submarine during World War II. 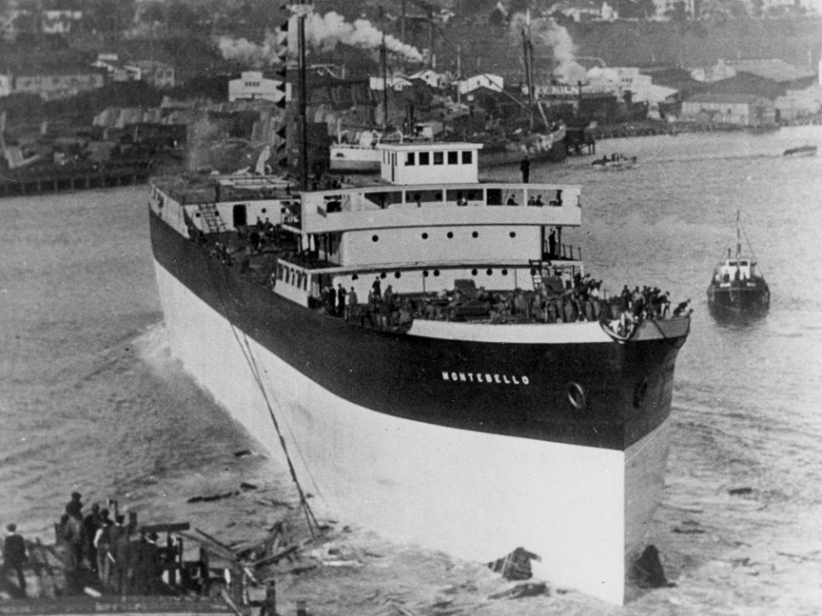 The SS Montebello, shown in its glory days, was torpedoed by a Japanese submarine during World War II.

At stake is a coastline known for its stunning scenery and wildlife sanctuaries. The task force was put together a couple of years ago at the urging of state Sen. Sam Blakeslee.

"I actually was reading in my local weekly newspaper about this amazing history of a shipwreck that occurred off our coast and described the fact that there still may be 3 million gallons of oil down at the bottom of the ocean," Blakeslee says. "And no one in all these 70 years had really stepped up and said, 'It's our responsibility to understand what the threat is to the coast.' "

In fact, for most of the past 70 years, most people didn't even know the oil tanker was down there.

"I didn't even talk about it because I was called a liar," says 92-year-old Richard Quincy, the last surviving member of the crew of the Montebello.

Quincy says they knew the voyage would be dangerous, and took a vote on whether or not they wanted to go. But with the nation at war, "everyone had to give something." 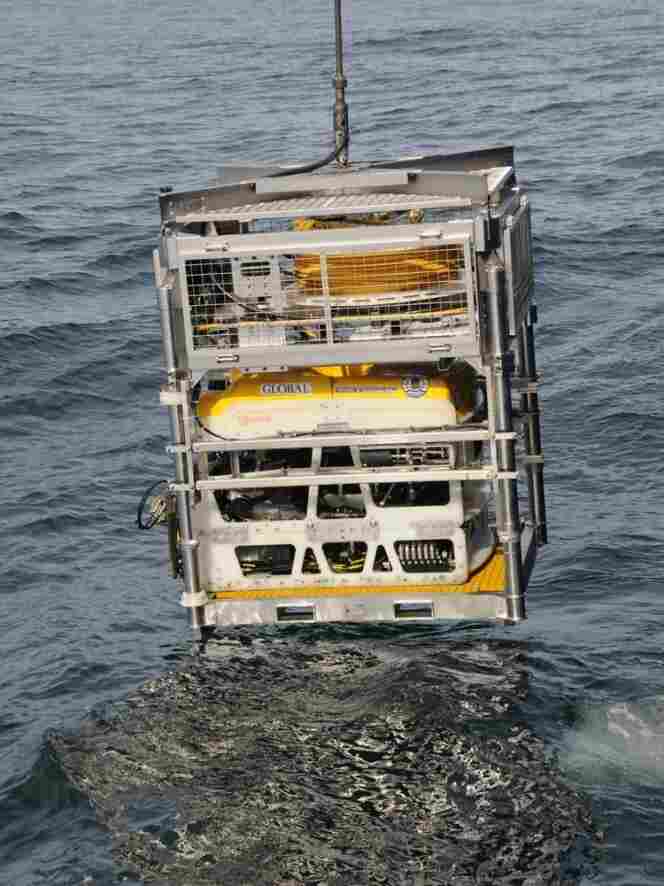 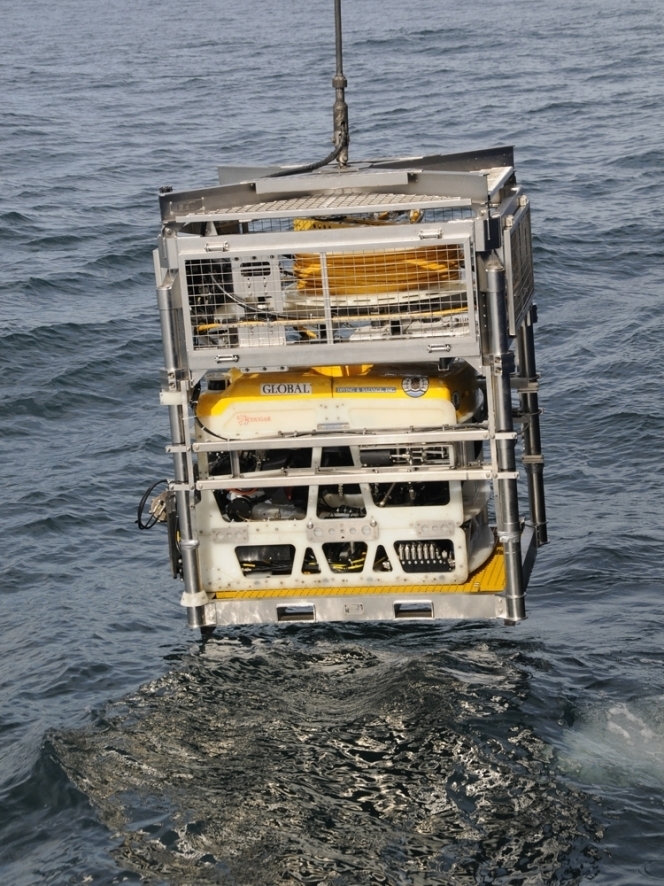 On the morning of Dec. 23, just before dawn, Quincy was on watch when he saw the outline of a Japanese submarine in the water. Then came the torpedo.

"It was dark when we got hit," Quincy says. "It went so fast. It was hard to keep track of time. We were anxious to get off because we figured it was going to catch fire."

But the ship didn't catch fire because the torpedo struck the Montebello in front of the oil tanks. Everyone on the crew escaped in lifeboats, and the ship went to the bottom nearly intact, says Robert Schwemmer, a marine historian with the National Oceanic and Atmospheric Administration. He's seen the Montebello from a manned submersible twice, in 1996 and 2003.

"The ship looked like it just left the dock, except the fact that the upper wheel house is missing," Schwemmer says. "So we have 90 percent of the Montebello sitting there squarely on its keel. The question is: Is the oil on board?"

Schwemmer was on the Nanuq, the mother ship for the exploration of the Montebello. The Nanuq is owned by Edison Chouest Offshore. It sailed down from Seattle and basically parked above the sunken tanker. Onboard are unmanned remotely operated vehicles, or ROVs, that are being sent below to study the wreck. Schwemmer says they can do a better job than the manned submersibles.

Video of the dive on the Montebello.

"When you do a submersible survey, you are always moving," Schwemmer says. "The ROV allows us to actually come up to different locations, and stay on station, and study them in more detail."

And a detailed assessment of the threat posed by the Montebello is important to more than just California's coast. Kerry Walsh, a project manager with Global Diving & Salvage, says that's because the Montebello's not the only potentially polluting wreck that's been identified by the NOAA.

"This wreck represents the first one in many hundreds of wrecks that NOAA [is] looking at that are around the United States that have oil in them," Walsh says. 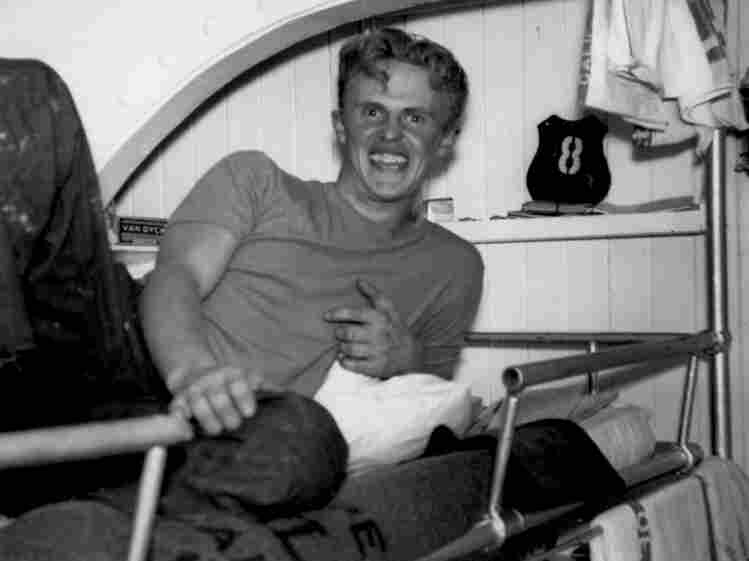 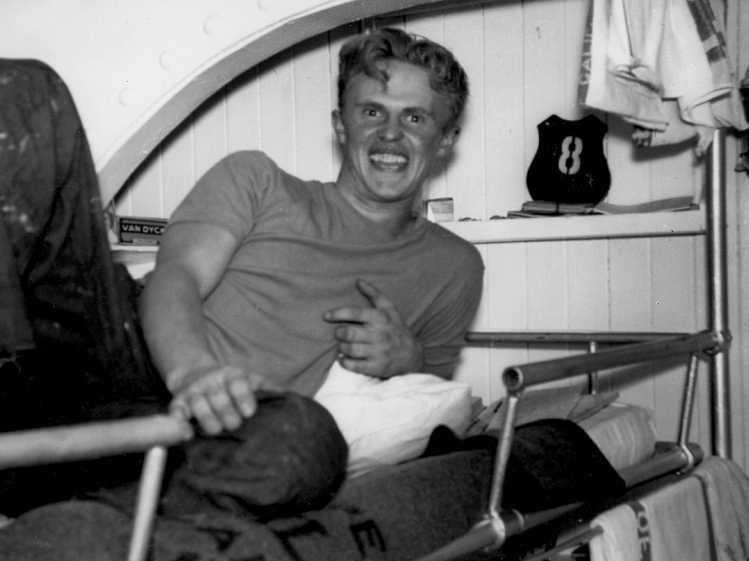 Those wrecks are strewn along both the East and West coasts, and the detailed examination of the Montebello could be a blueprint for evaluating them, says Walsh. There are a lot of steps in that evaluation. First, the ROV cleans portions of the Montebello's hull, then uses ultrasound to measure the thickness of the metal.

"Once that's done, then we bring in the nuclear tool, which is a diagnostic scan device, and we press that up against the hull, and we measure through the steel, and we can detect by the return signal from the neutron backscatter what's behind it," Walsh says.

"And if that doesn't work, we have another device that's a magnetic patch that will seal it up forever," Walsh says.

And if it turns out that the Montebello is still carrying her cargo of crude, the biggest challenge of all may be figuring out how to protect the sensitive Central Coast from the threat lying 900 feet below the waves.

The audio version of this story, as did a previous Web version, incorrectly says that Global Diving & Salvage Inc. owns the Nanuq. The ship is actually owned by Edison Chouest Offshore.