Accessibility links
Why Is College So Expensive? Occupy Wall Street protesters say the high cost of college is one of the barriers between them and a good life. College costs have skyrocketed, though maybe not as much as you might think. 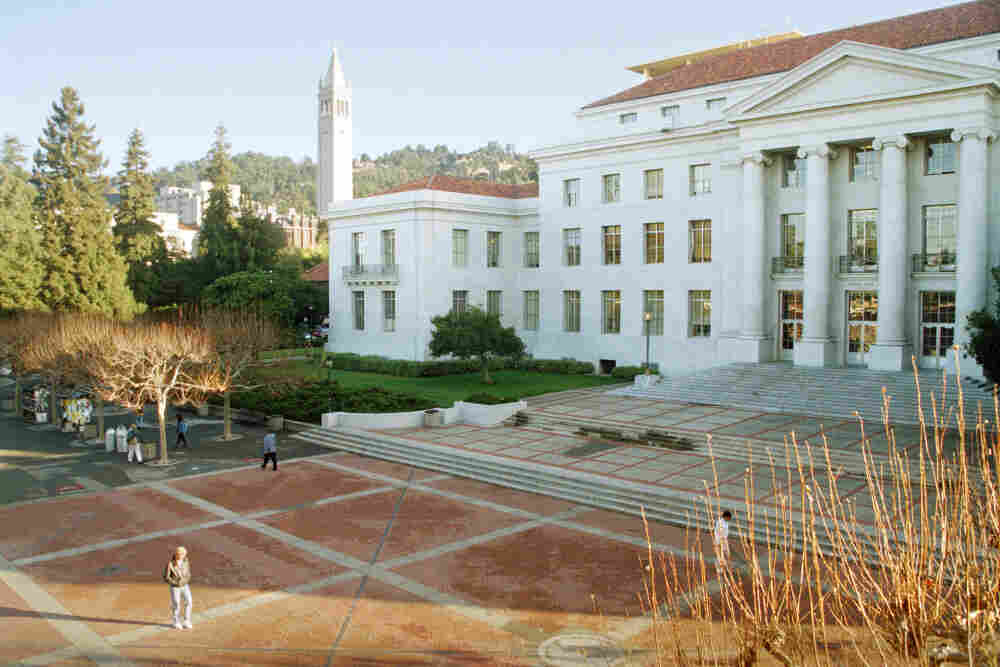 Sproul Plaza at the University of California, Berkeley. Tuition at U.C. Berkeley was about $700 a year in the 1970s. Today, families pay over $15,000 per year to attend. 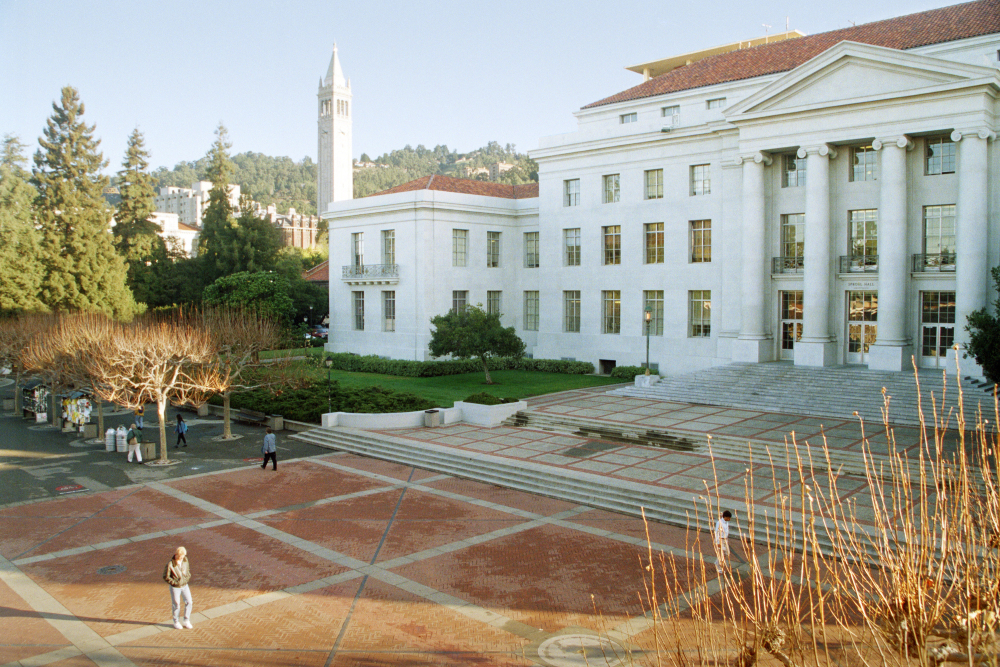 Sproul Plaza at the University of California, Berkeley. Tuition at U.C. Berkeley was about $700 a year in the 1970s. Today, families pay over $15,000 per year to attend.

Many of the protesters occupying Wall Street and other places say they are upset about the rising price of going to college. Tuition and other costs have been going up faster than inflation, and family incomes can't keep up. Despite public outrage about the problem, there's little sign these costs will drop anytime soon.

If you are a veteran of a public university, the jump in tuition at your alma mater might be downright jaw-dropping. Tuition at the University of California, Berkeley, was about $700 a year back in the 1970s. Today, U.C. Berkeley students have to fork over around $15,000 per year. That's a 2,000 percent increase.

There's a simple explanation, according to Sandy Baum, who teaches at George Washington University.

In the past decade, tuition and fees at public four‑year colleges and universities increased at an average
rate of 5.6% per year beyond the rate of general inflation. Costs at private schools, adjusted for inflation, have actually decreased.

"States are paying less of the cost than they used to," Baum says. She adds that as state budgets shrink, the students' share of paying for education goes up.

Berkeley's tuition increase is unusually large, but most public schools, which educate 80 percent of all college students, have seen dramatic increases. Private schools don't rely on state subsidies, and their prices have gone up more slowly in recent years. But they are still rising faster than inflation.

Terry Hartle of the American Council on Education says that's because schools are paying more for talent.

"Now we're competing in a global economy," Hartle says, "so if you want to get the best scientists, the best engineers ... you're literally competing with universities and employers from around the globe."

Not to mention the higher costs for health insurance for all of those expensive faculty and for things like counseling services, which are expanding.

Even as sticker prices climb, student aid has gone up dramatically. For students in private schools, says George Washington University's Baum, the aid increases just about cancel out tuition increases of the past five years.

Baum says one reason tuition never seems to drop is that universities are not getting more efficient the way other industries are. And some conservative governors are pushing administrators to cut waste and make professors more productive.

Richard Vedder, who runs the Center for College Affordability and Productivity, says the more government aid goes up, the more tuition rises. He says limits on grants and loan subsidies would cap spiraling tuition prices.

"That reduces the demand for college, and that is going to tend to reduce the ability of colleges to raise tuition fees," Vedder says.

Many economists question that link. So does Arne Duncan, Secretary of Education, who has pushed for more college aid for low-income students.

In fact, Duncan and others argue that the problem is that grant aid hasn't risen fast enough.

"Today a federal Pell Grant covers only about one-third of what it costs for a public four-year college in state," says Lauren Asher, president of The Institute for College Access and Success in California. "In the 1980s it covered about half; in the 1970s it covered more than 70 percent."

The problem is compounded because people are less able to pay. Incomes are stagnant, some parents are unemployed, and many can no longer get low-interest home-equity loans because home values have fallen.

So families have turned to federal student loans, and even much more expensive private loans.

The Obama administration has been rolling out a number of measures to help students in danger of falling behind on their federal loan payments.

Nearly a half-million students have signed up for "income-based repayment." The program limits the amount of your income that you have to pay. And officials say many more students could be signing up for this program while they're waiting for the economy to turn around.