Accessibility links
'Serving Life': Facing Death, Inmates Find Humanity Tell Me More continues its series on aging and the end of life by exploring a film about maximum-security prisoners who voluntarily care for ill and dying fellow inmates. The documentary Serving Life is narrated by Oscar-winning actor Forest Whitaker and directed by journalist Lisa R. Cohen. 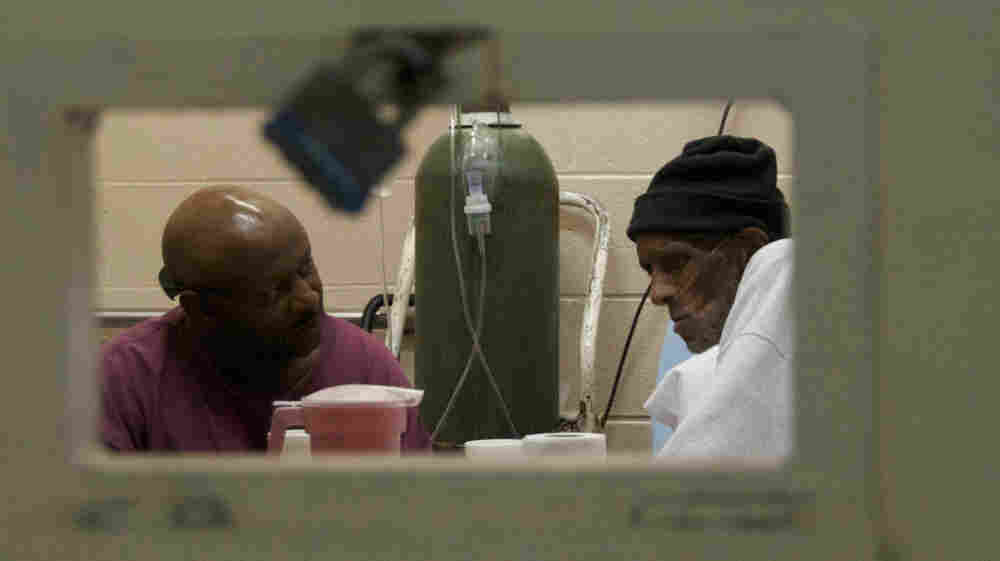 A caretaker and his patient in the documentary Serving Life. 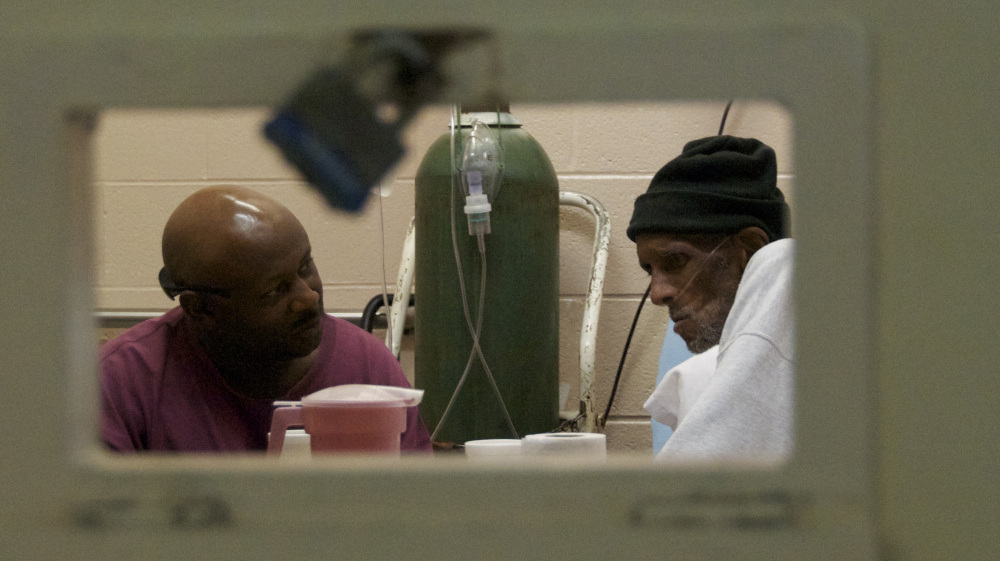 A caretaker and his patient in the documentary Serving Life.

Tell Me More is doing a weeklong series on aging and the end of life, a difficult journey for everyone — and especially for those behind bars.

The Louisiana State Penitentiary at Angola is America's largest maximum-security prison, with more than 5,000 inmates. Many are serving sentences for rape, kidnapping and murder. Their sentences are so long that very few inmates will ever experience the world beyond bars again.

But Angola warden Burl Cain believes that even the most hardened criminals deserve to be well cared for as they reach the end of their lives. He created the Angola hospice program, which is largely supported by other inmates, in 1997. It's the subject of the documentary film Serving Life, which premiered this summer on the Oprah Winfrey Network. It explores what is owed to a dying prisoner, and whether the experience of caring for him can help the hospice workers transform their own lives.

Serving Life's director is Emmy Award-winning journalist Lisa R. Cohen. Its narrator and executive producer is Academy Award-winning actor Forest Whitaker, who's known for his roles in Platoon (1986), The Crying Game (1992), The Last King of Scotland (2006), The Great Debaters (2007) and other films.

Taking On The project 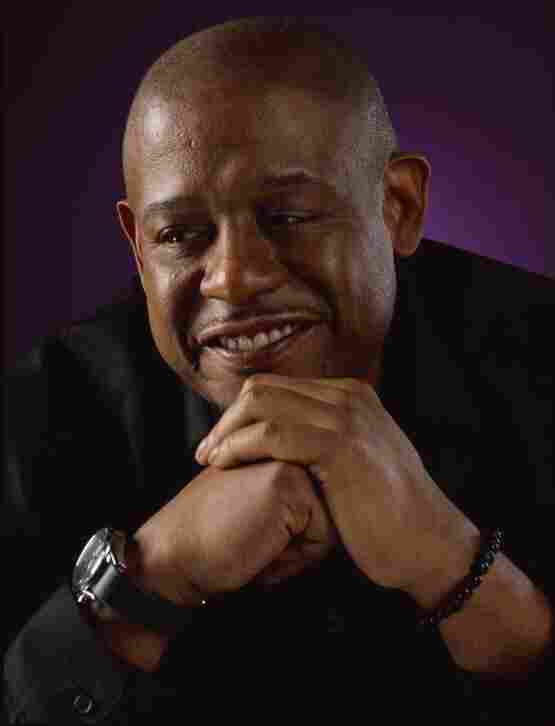 Forest Whitaker is the executive producer and narrator of the film Serving Life. 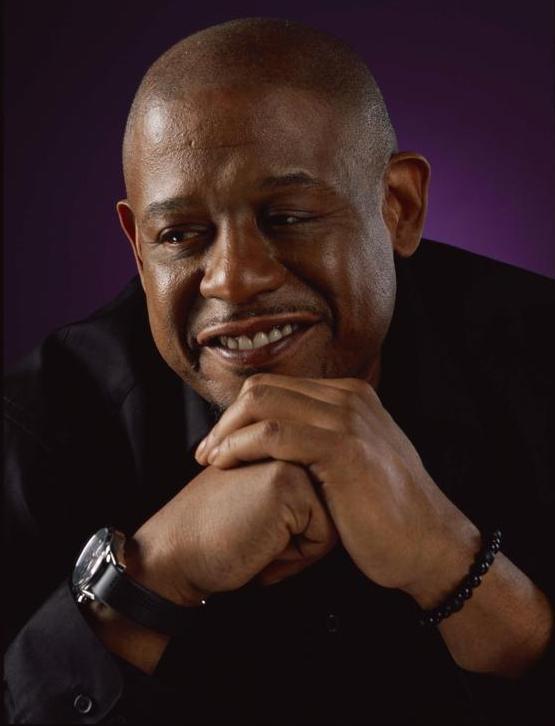 Forest Whitaker is the executive producer and narrator of the film Serving Life.

In an interview with Tell Me More host Michel Martin, Whitaker says that films about people who are often voiceless allow viewers to build connections and "become more human."

"We got to explore our incarcerated prisoners and what occurs in their lives, and how they are able to search for redemption, and also to search for a deepening of their own compassion, which hopefully moves toward love," says Whitaker.

Cohen says she had done several previous films at Angola and had stayed in touch with people there. They gave her insight into the hospice program, its challenges and the high burnout rate among its volunteers.

During the time Cohen and Whitaker were filming, 60 inmates applied to serve in the program, and eight new inmates were selected. After a two-week, 40-hour training period, the workers bathed and dressed their patients, changed their sheets and kept constant vigil during their final moments. 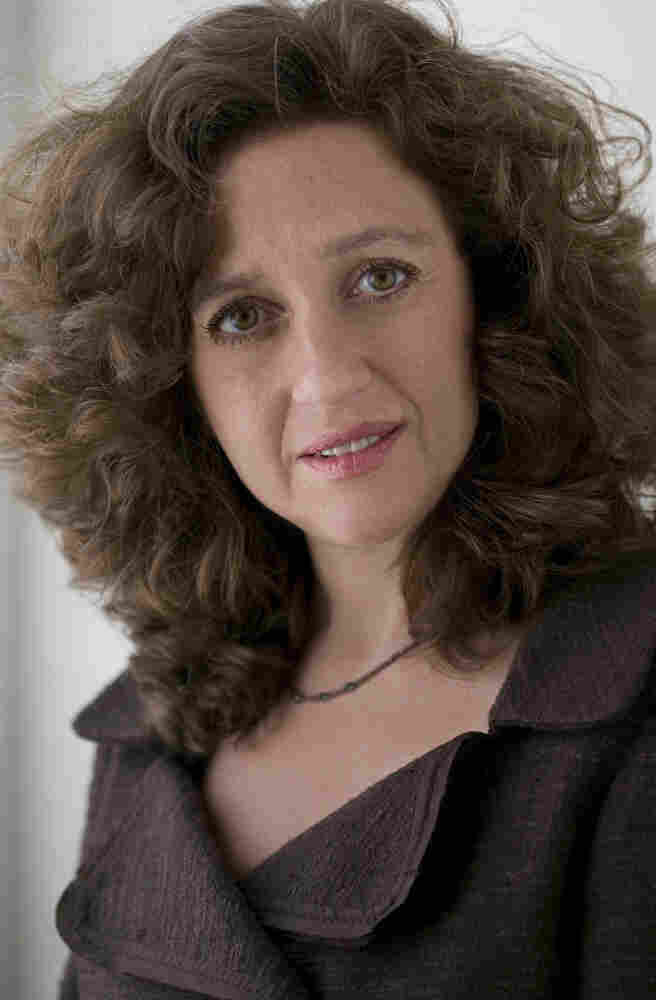 Lisa Cohen is the director of Serving Life. 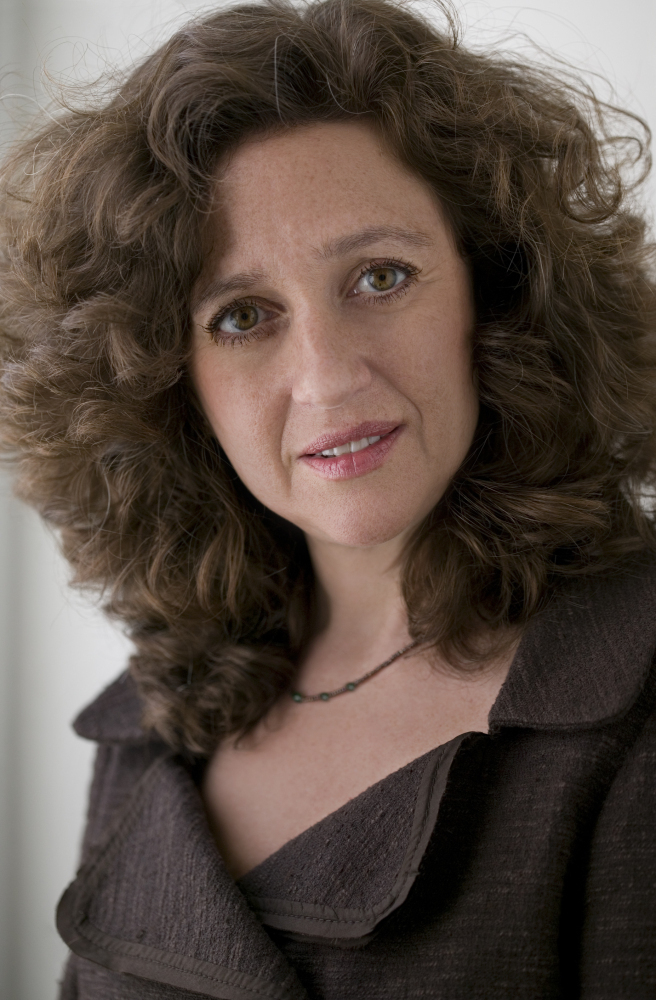 Lisa Cohen is the director of Serving Life.

It's a tough environment to be in for everyone, including the filmmakers.

"The thing you keep reminding yourself is you get to go home," Cohen says. "You get to walk out of the room at the end of the day. And they don't. And the guys who are caring for them are with them around the clock."

She adds that although these stories seem sad, they're also powerful and inspiring.

But is it right for filmmakers to turn their cameras on such intimate, vulnerable moments?

Whitaker says the ethics are complicated in an environment where people are watching death each day. He says the documentary also makes clear that the crimes that these inmates committed should not be forgotten. He thinks understanding the inmates' crimes permitted a deeper understanding of their lives, and possibly our own lives as well.

"If we can see someone who's fallen to a certain degree or committed certain crimes, we can look at the failures and the pains of things that we don't allow ourselves to forgive," says Whitaker. "To me, the ethical question starts to eliminate itself because it moves into a moral question, it moves into a universal question. A God question. A question of the universe and what our place in it really is — the biggest question, in some ways."

Whitaker adds that the project made him think about what his own death would be like. And the depths of compassion the inmates extended to each other made him question whether he's living up to his own responsibility to be compassionate in the free world.

Cohen says she and her team constantly thought about how to film important moments for the hospice program and still be sensitive to the dying prisoners.

"Our ability to keep going was helped by the idea that we were, in fact, doing something to honor these men who were letting us be there for their last days. These weren't men who would normally get a chance to have their thoughts known, to talk or say how they felt. And there, we were to be able to tell their story," she says.