Accessibility links
Afghans Allegedly Forced Onto Mined Roads Villagers near the Afghan city of Kandahar say Afghan troops, and their U.S. mentors, forced civilians to march ahead of soldiers on roads where landmines were suspected. No one was hurt, but the incident raises questions about how civilians are being caught between the warring parties. 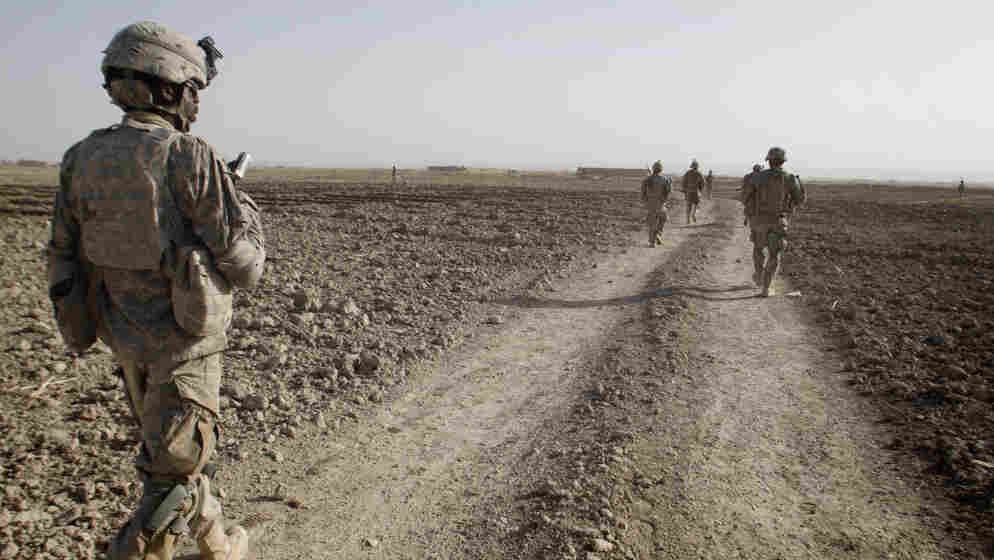 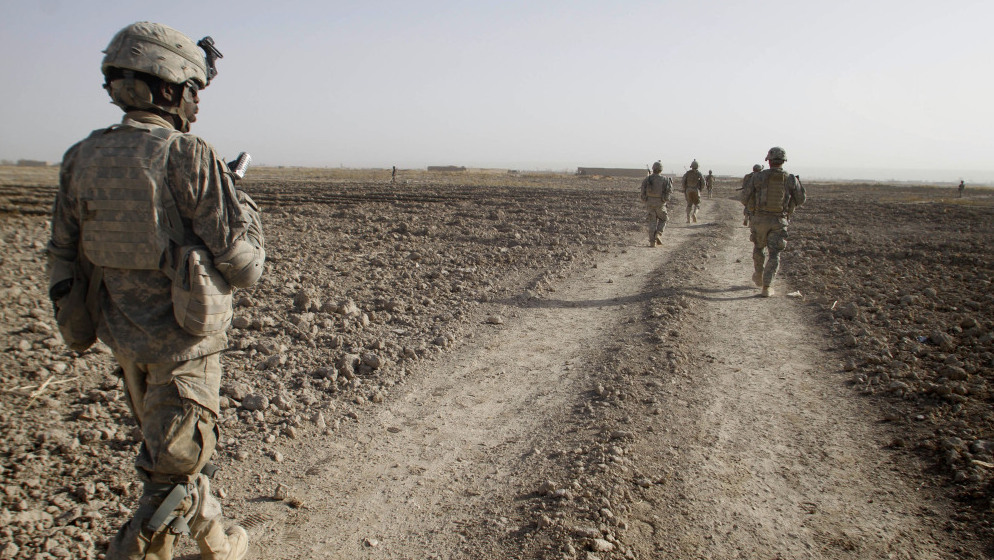 Villagers from a violent part of southern Afghanistan say that Afghan troops, along with several American mentors, forced civilians to march ahead of soldiers on roads where the Taliban were believed to have planted bombs and landmines.

No one was hurt. But if the allegations are true, the act would appear to violate the Geneva Conventions governing the treatment of civilians. The episode also raises questions about how civilians are caught between the two sides in the war.

The Afghan general in charge of Afghan troops in the Panjwai district, southwest of Kandahar, vehemently denied that any such incident took place. Panjwai's district governor also denied it. Meanwhile, a spokesman for NATO's joint command said the incident is under investigation.

The Panjwai district was a Taliban fortress for years, until the U.S. troop surge in 2010 began to displace the insurgents. At first, the violence spiked, as U.S. and Afghan troops brought the front line through Panjwai and other districts outside Kandahar.

Now, for the first time in several years, the 20-minute drive out to Panjwai is safe enough for regular traffic. But that doesn't mean the Taliban are gone.

These days, the Taliban fight with roadside bombs and suicide bombers, says Faizal Mahmud, the deputy head of Panjwai's council of elders. His constituents tell him they feel caught between the insurgents and Afghan government forces with their American allies. Last month that went to extremes, Mahmud told NPR in an interview.

Mahmud said scores of villagers came to the district meeting hall in Panjwai to complain last month. Along with their village elders, people from the hamlets of Zangabad, Talukan and Mushan all told a similar story. They said Afghan troops, accompanied by American soldiers, pulled them out of their homes one evening in early September.

Mahmud said the soldiers detained a group of villagers, lined them up and forced them to walk in front of the soldiers for over a mile, through areas believed to be mined by the Taliban. Mahmud's story was corroborated by local residents, including a truck driver from Talukan who goes by one name, Hamidullah.

"They brought in people from all the villages on the sides of the main paved road. The Taliban had told us not to go through this way because there were a lot of mines. All of the road to the next village was mined. But the soldiers told us to keep walking in front of them," Hamidullah told NPR.

Other local residents reached by phone told the same story. Ahmad, a 22-year-old man from Zangabad village, said he was also forced to walk through what he believed to be a mined road.

"They kept telling us to show the mines. We said we didn't know where the Taliban planted mines. Then they told us to move forward to the next village, on the way if anything happens, you are responsible for the consequences. We kept praying, oh, God, save us," Ahmad told NPR.

Col. Daniel J. W. King, a spokesman for NATO's joint command, said an investigation into the incident is under way.

"We take all allegations of human rights violations very seriously. At this time there is no credible information or evidence to substantiate these claims. It is our top priority to continue to assess the situation, and if any information or evidence does come to light, we'll take the appropriate legal actions," he said, adding that he cannot answer further questions about what is now an ongoing investigation.

Reporting in Panjwai is still dangerous, which limits the possibility of confirming exactly what took place in the villages and how closely involved international forces may have been.

Multiple sources have confirmed, however, that on Sept. 18 and 19, a large number of elders from the community did meet at the Panjwai district center, where Afghan and American officials apologized to them for the incident and promised it wouldn't happen again, according to the deputy head of the elder's council, Faizal Mahmud. His boss, the district governor, and the Afghan general in charge deny any such meeting took place. But Mahmud described it in detail to NPR.