Accessibility links
'Margin Call': A Movie Occupied With Wall Street This fiscal thriller, starring Kevin Spacey, Zachary Quinto and Demi Moore, is set during one day in 2008, as a group of brokers try to prevent their firm from going belly up. David Edelstein says that given the headlines, the film's timing couldn't be better. (Recommended) 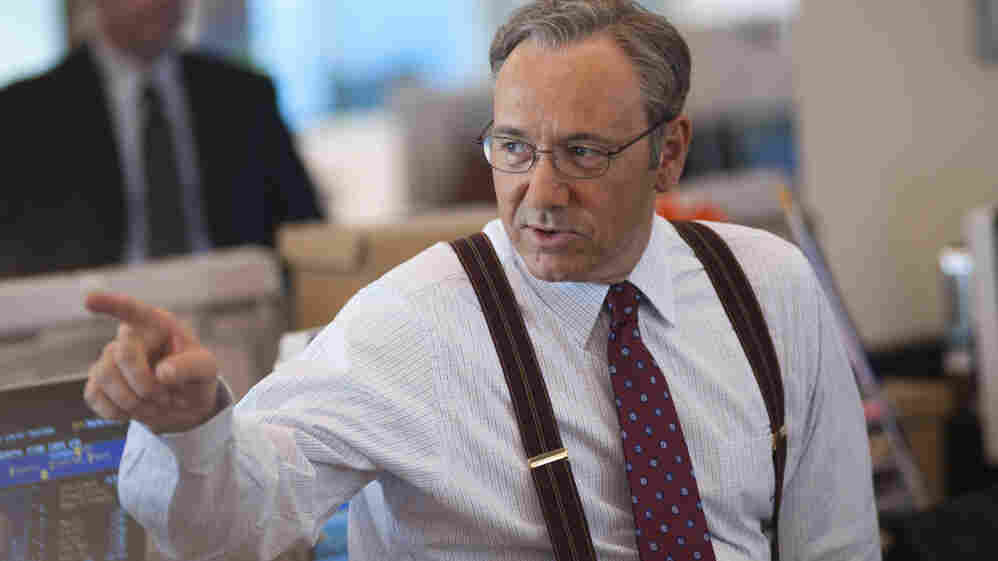 Kevin Spacey gives "a major performance, his best in a decade," as a Wall Street executive trying to do the right thing in the middle of a financial panic.

From 'Margin Call' - 'This Is Your Opportunity'

'This Is Your Opportunity'

From 'Margin Call' - 'The Music Is About To Stop'

'The Music Is About To Stop'

The timing is almost too good: a terrific Wall Street melodrama at the moment the Occupy Wall Street protests are building. We haven't seen the like since Three Mile Island had a near-meltdown a couple of days after The China Syndrome exploded into theaters. Now, Margin Call seems anything but marginal.

The movie opens with a chilling vision: Layoff specialists march into a mighty New York financial firm and give various employees the bad news — among them risk-management whiz Eric Dale, played by Stanley Tucci, a peerless character actor who signals more emotion by clenching and unclenching his jaw than performers who weep and moan.

The boss on the floor is Sam Rogers, played by Kevin Spacey. Called on to give a pep talk, he emerges from his office, stone-faced, and tells his remaining employees not to feel bad for their laid-off comrades. You guys, he says, have survived the purge. You're the winners.

These aren't sympathetic people, yet writer-director J.C. Chandor does build some sympathy for them. He frames the action as if this were a disaster picture like Earthquake or The Towering Inferno: At times we find ourselves rooting for the firm's survival despite the fact that its executives are actively promoting worthless assets.

Partly, that's because we like Peter Sullivan (Zachary Quinto), the risk-management underling who figures out what's coming and calls his half-drunk boss (Paul Bettany), who calls his boss, who calls his. We follow Sullivan — who, being a former rocket scientist, is the only person who can explain what's happening — up the corporate ladder one rung at a time, until he finally arrives at the big man. (Jeremy Irons, who lands at 2 a.m. on the roof in a helicopter.) 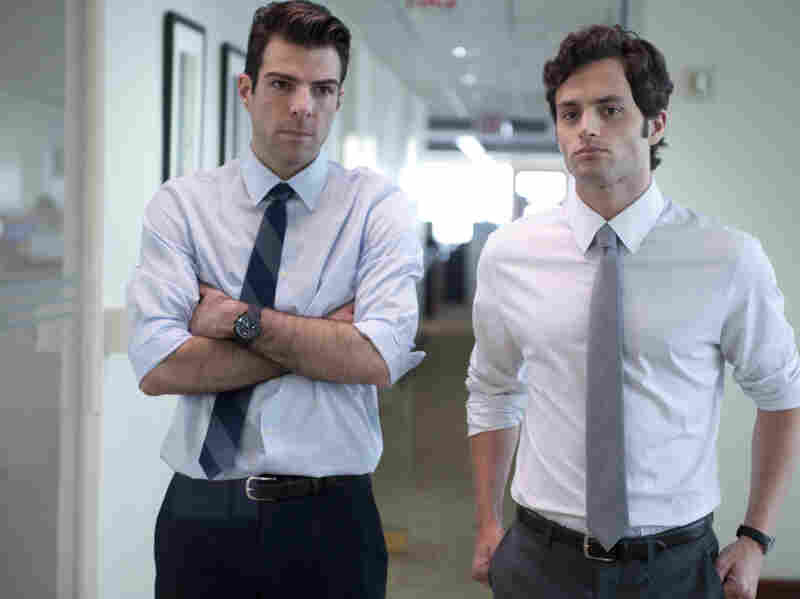 A junior analyst (Zachary Quinto, left) and his colleague (Penn Badgley) find the flaw in the formula that could bring down their company — and the economy. 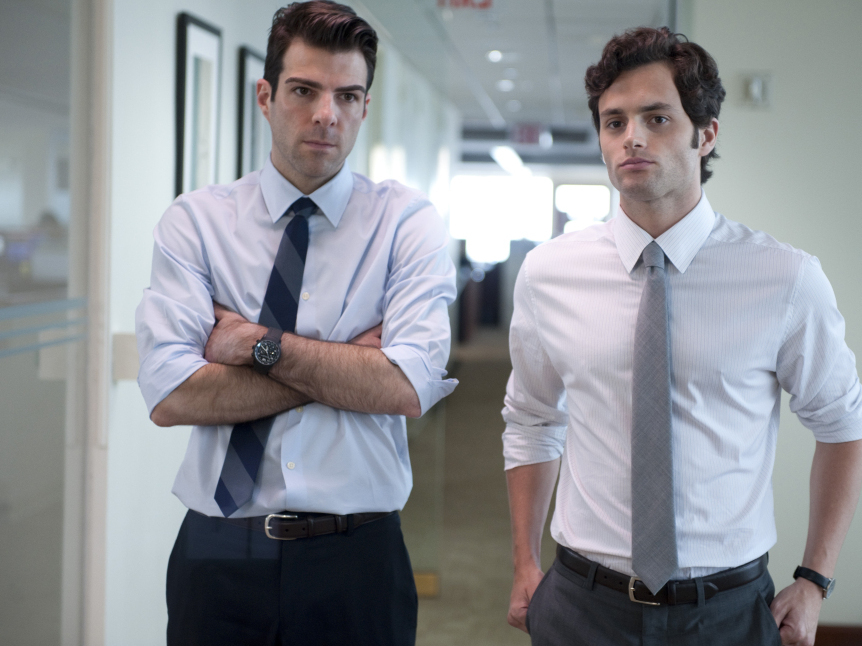 A junior analyst (Zachary Quinto, left) and his colleague (Penn Badgley) find the flaw in the formula that could bring down their company — and the economy.

What precisely is happening to the firm's finances? It's too byzantine for most of the executives, let alone a movie critic, to figure out — but to a person they look at Sullivan's equations and are instantly spooked by the prospect of complete economic conflagration. They'll be left holding obviously toxic assets — unless they act fast.

Margin Call has a moral center of a sort. Spacey's Rogers turns out to be cold but not sociopathic, and there's a line he is loath to cross: a fire sale of said assets dumped on unsuspecting customers, many of whom will go bust.

Spacey gives a major performance, his best in a decade, and Quinto, best known as the new Mr. Spock, has a very un-Vulcan vulnerability. Simon Baker is deliciously repellent as the least shamefaced Master of the Universe, and Demi Moore as the lone female top executive underplays and gives the performance of her life: She's a woman who has given up everything to rise so high — and knows she'll be first in line to take the fall. Although Irons is a little too Boris Karloff-creepy for my taste, the tender way he drops the hammer on Moore will haunt my dreams for a long time.

Margin Call is a different sort of big-business film than its best-known predecessor, Oliver Stone's Wall Street. Stone wanted to create a capitalist demon in Gordon Gekko, but ended up making him so charismatic that he became a role model. Despite the amounts of money bandied about, there's nothing in Margin Call to inspire anyone — except, of course, those fervent Wall Street occupiers. (Recommended)