Accessibility links
Japan's Uniqlo Eyes Manhattan, And More At a time when retailers like Gap are shrinking, a trendy Japanese fashion retailer has opened a flagship location in New York and plans to keep expanding in the U.S. Customers are drawn to Uniqlo's affordable, colorful clothes at a time when they're reluctant to spend. 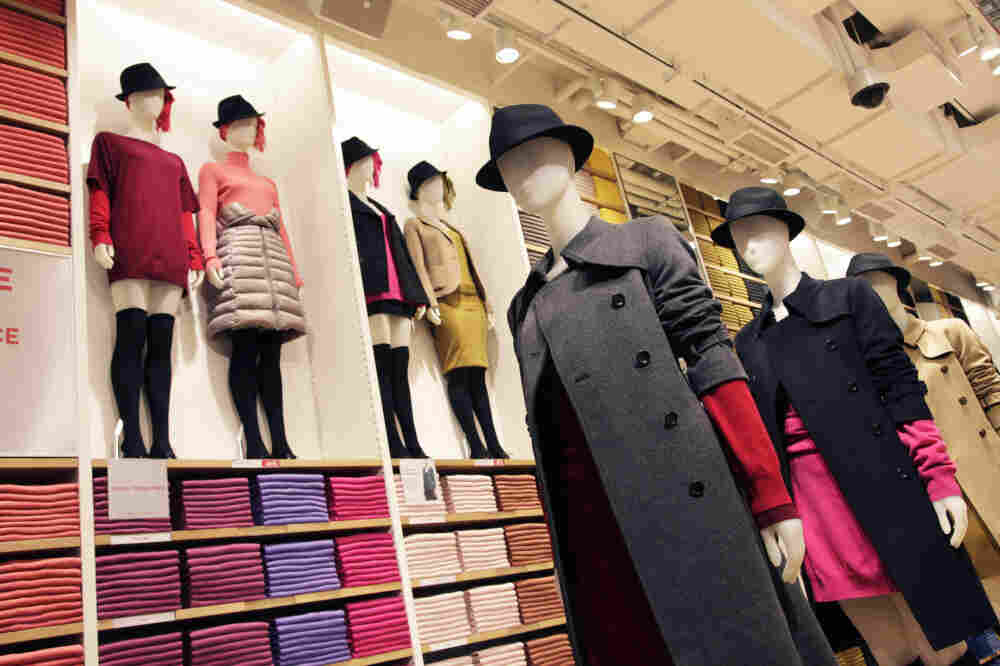 The mannequins are fashionably dressed at Uniqlo's new Fifth Avenue flagship store in New York. Uniqlo's U.S. chief says he would eventually like to have 1,600 stores in the country, almost twice the number in Japan.

At the same time that Gap is closing 20 percent of its stores, a big Japanese clothing retailer called Uniqlo plans to open hundreds of shops in the U.S. Uniqlo is sort of like the Gap of Japan: The low-priced casual clothing retailer has been around since the 1980s, but sales are flattening out in its home market so the company is looking overseas for growth.

The U.S. is at the heart of its strategy, according to the head of Uniqlo's U.S. operation, Shin Odake.

"If you are to be recognized as [a] global brand we need to have a huge store in [the] center of New York City," Odake says. 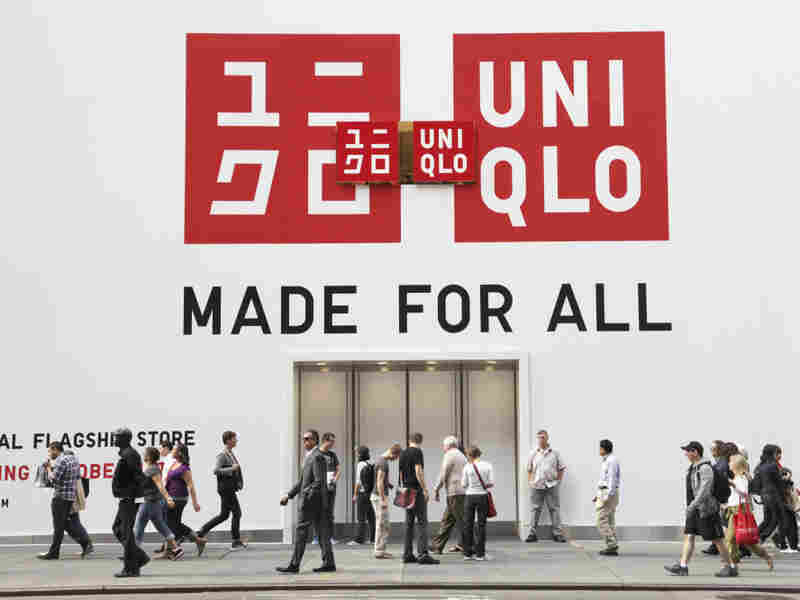 Uniqlo opened a new flagship location on Fifth Avenue last week and will open a 34th Street location Friday. The company has also had a SoHo store since 2006. 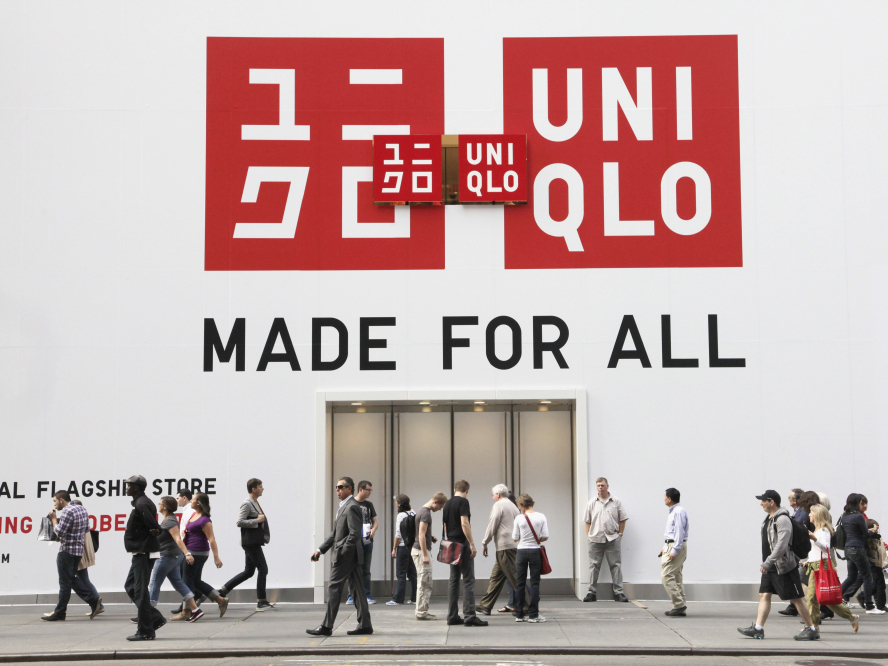 Uniqlo opened a new flagship location on Fifth Avenue last week and will open a 34th Street location Friday. The company has also had a SoHo store since 2006.

The chief executive officer of Uniqlo's parent company Fast Retailing, Tadashi Yanai, was in New York last week to cut the ribbon at a cavernous new flagship store on glitzy Fifth Avenue. Mayor Michael Bloomberg was also on hand for the opening of the 89,000-square-foot store, which is rumored to have one of the priciest leases in the city.

Uniqlo has had a store in downtown Manhattan for several years; it's been a hit with shoppers, and the company wanted to build on its success. In addition to the Fifth Avenue store, Uniqlo is opening another on Friday on 34th Street, just down the block from Macy's.

Both stores are three stories high and piled floor to ceiling with cashmere sweaters in every imaginable color: three shades of green, and blues from navy to periwinkle. They're on sale for $50 and $60. Fashion consultant Roseanne Morrison with the Doneger Group says that range of colors lures consumers into buying more than one item.

"Especially when the value is good, they think, 'OK, I'll buy two for me, but you know I think I'd like to get this new color for my husband.' And that's really the secret," Morrison says.

Just before opening day at the 34th Street store, hundreds of employees scurry about unpacking jeans on sale for $9.90 a pair. They set up displays while checkout staff are lined up behind their cash registers practicing their friendliness and timeliness, and they race each other to fold the clothes perfectly and quickly.

'Similar To A Car Manufacturer'

Attention to detail is one of the things the company hopes will differentiate Uniqlo from its rivals, like H&M and Gap. Another is innovation, Odake says. He says the company studies its clothing with the eyes of an engineer.

We approach [a] basic product and then we try to improve it every year ... which is quite different from, I think, the other brands.

"We approach [a] basic product and then we try to improve it every year, similar to the car manufacturer trying to improve the make of the car," he says. "That's the approach that we have, which is quite different from, I think, the other brands."

That Japanese engineering is what brought shopper Irme Chan, who's visiting from Toronto, to Uniqlo's Fifth Avenue store. She's loaded up on an innovative thermal underwear called Heattech, one of the company's signature products.

"[I've] owned it for years. I have to keep buying it because my sister or my family will steal it," she says.

Chan says she likes the quality and value here compared with similar stores. Retail consultant Patricia Pao says that combination could give Uniqlo an edge in a lousy economy.

Odake says he eventually wants to have 1,600 stores in this country, almost twice the number of Uniqlo outlets in Japan.

Wherein The Owner Of The Village Vanguard Models Clothing Oct. 11, 2011