Accessibility links
In Libya, U.S. Steers Clear Of Nation-Building After long, grinding wars in Iraq and Afghanistan, the U.S. opted for a much more limited role in Libya. But the ultimate outcome in all these countries remains uncertain. 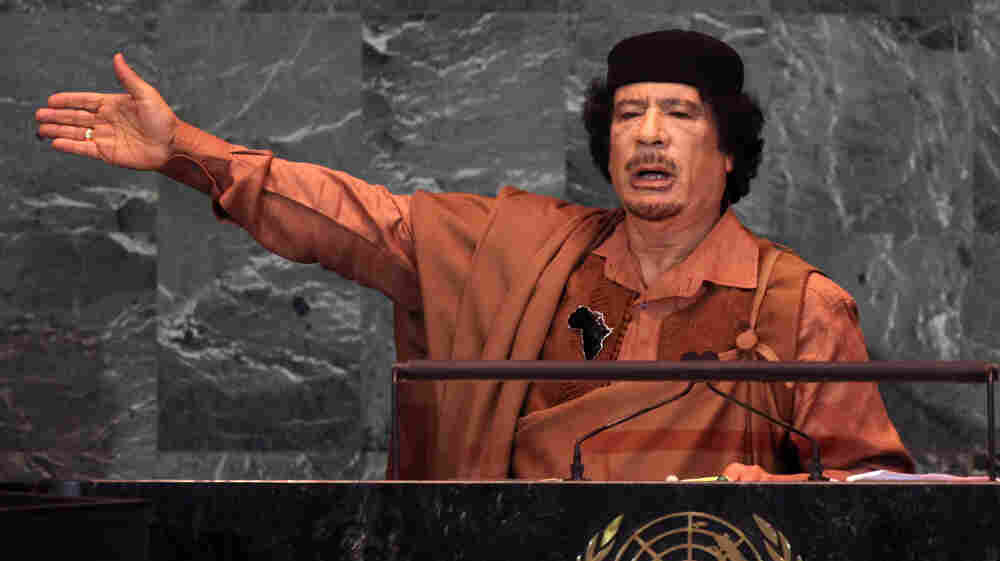 The U.S. chose to play a limited role in the uprising against Moammar Gadhafi, shown here delivering a speech at the United Nations in 2009. He was killed in Sirte, Libya, on Thursday. 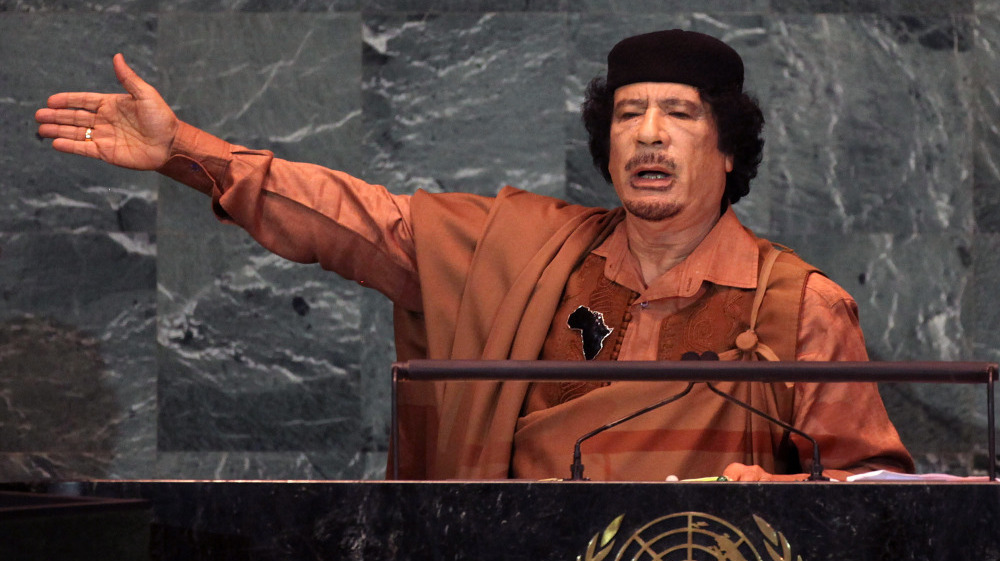 The U.S. chose to play a limited role in the uprising against Moammar Gadhafi, shown here delivering a speech at the United Nations in 2009. He was killed in Sirte, Libya, on Thursday.

The United States military has intervened and helped topple three autocratic leaders over the past decade, yet it remains far from clear whether any of these countries will be successful in the years to come.

The death of Moammar Gadhafi on Thursday removes him as a force that could undermine the new, interim Libyan leadership. But the country still faces many obstacles to building a stable, prosperous and democratic future.

In Libya, the U.S. and its NATO allies primarily provided air support to a homegrown resistance force. Libya's Transitional National Council has already been in charge of some parts of the country for six months, and is working, with some success, to extend its authority.

"Libya in some ways is quite unique because Libyans themselves are quite clearly in the lead and have what is seen as a legitimate authority, which is the TNC," says Daniel Serwer, a visiting scholar at the Johns Hopkins School of Advanced International Studies. "But the serious challenges are yet to come, and I can't be sure they're going to be able to meet them." 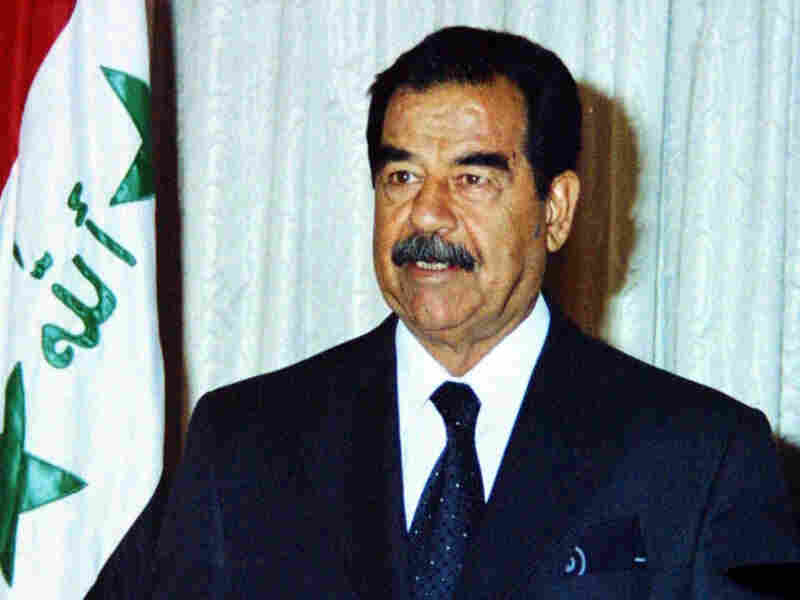 The U.S. invasion that toppled Iraqi President Saddam Hussein in 2003 was followed by a large-scale insurgeny. 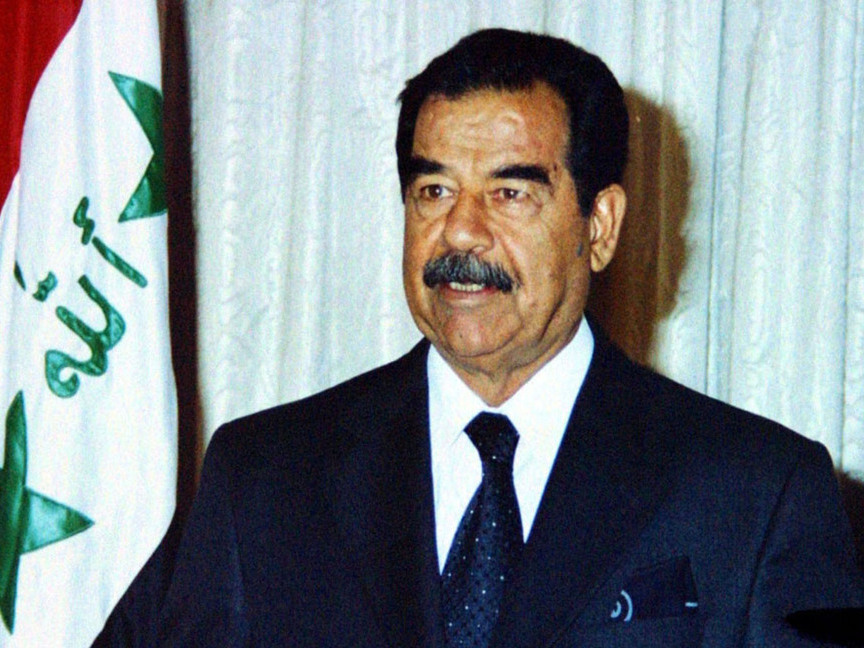 The U.S. invasion that toppled Iraqi President Saddam Hussein in 2003 was followed by a large-scale insurgeny.

U.S. In The Backseat

Analysts agree that the U.S. was always bound to take a backseat role in Libya, after its long years fighting insurgencies in Iraq and Afghanistan.

"The Libyan case came at the end of two wars and a sense of exhaustion and over-extension," says Robert Litwak, director of international security studies at the Woodrow Wilson Center.

The U.S. saved American lives and money by not invading and occupying Libya. It also helped foster conditions that now will make it easier for Libyans to guide their own political destiny, argues Brian Katulis, a senior fellow at the Center for American Progress.

"When the U.S. plays a role that is supporting local forces that are pushing for change — real local forces, as opposed to Iraq, where it was mostly people from outside — that's where we're more likely to see success," he says.

The satisfaction policymakers feel at ousting Gadhafi at low cost to the U.S. will likely not be enough to erase memories of the long, hard slogs in Iraq and Afghanistan.

There's nothing new about U.S. interventions abroad. There was a time during the past century when attempts at regime change in Latin American countries were regular occurrences.

But there's always a tendency for Americans to exaggerate the importance of lessons learned from the most recent conflicts, says Jeremi Suri, a public policy professor at the University of Texas. Enthusiasm for military interventions waxes and wanes based on the most recent experience.

"We tend to have this cycle that after a, quote, success, we feel we can do more the next time, and after a failure we feel we can't do much at all," says Suri, author of a new book about 200 years of American nation-building called Liberty's Surest Guardian. 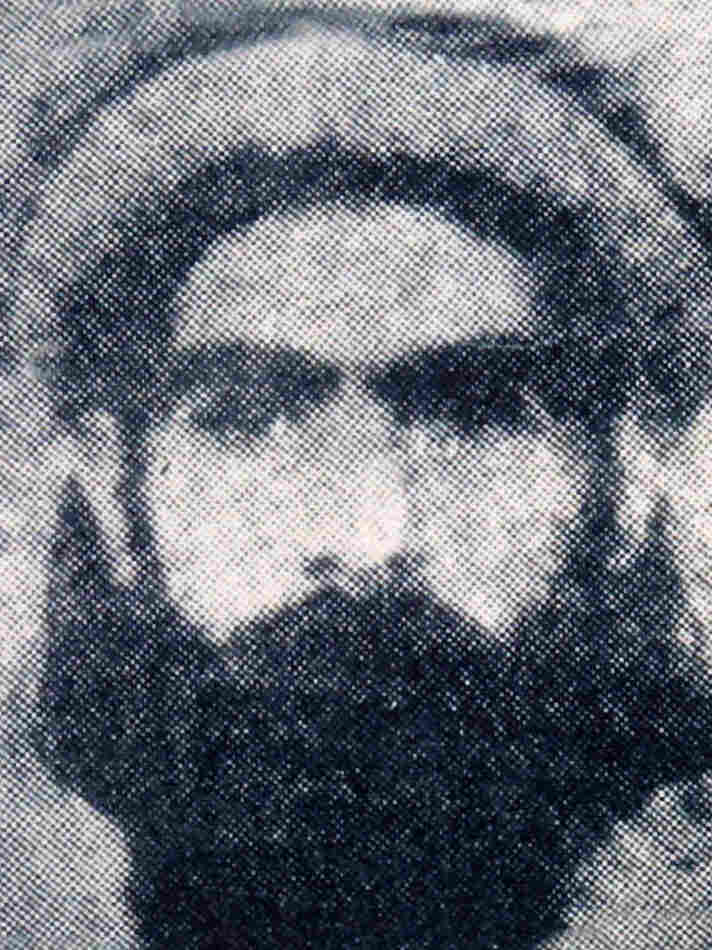 U.S. forces ousted Taliban leader Mullah Omar in 2001, but he remains at large and the Taliban continue to wage an insurgency. 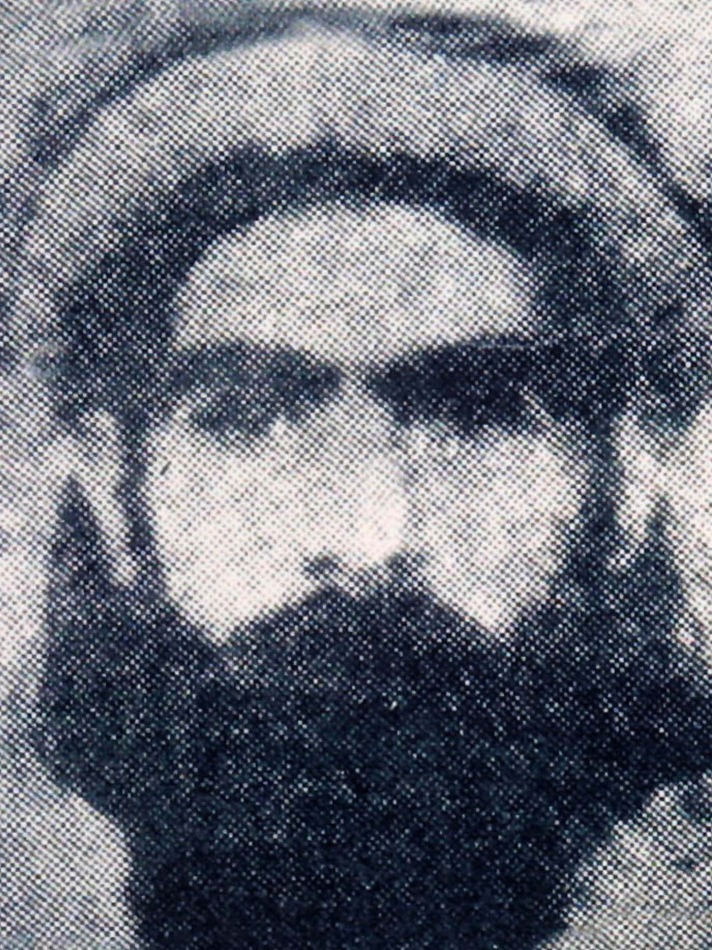 U.S. forces ousted Taliban leader Mullah Omar in 2001, but he remains at large and the Taliban continue to wage an insurgency.

Many U.S. interventions in the 20th century were part and parcel of the Cold War. Everything from coups in Latin America to the Marshall Plan for rebuilding Western Europe was rooted in the desire to build up bulwarks against the Soviet Union.

The wars in Iraq and Afghanistan also were launched as part of a broader strategic context — namely, the fight against terrorists, says Katulis, the analyst from the Center for American Progress.

But the bombing campaign in Libya was not part of some larger project. "It's taking place less in a context of trying to defeat the Soviet Union or al-Qaida, but more in the context of how you help societies build sustainable political systems and really make them do more of that themselves," Katulis says.

In this sense, suggests Suri, Libya represents a "return to normal" for the United States. The Cold War made interventions an easier sell and thus made the U.S. less attentive to the particularities of the country at hand.

At the moment, the limited role the U.S. played in Libya looks like a success. Leaving the Libyans in overall control gave them the space and time to create a home-grown stabilization strategy that was far more advanced than anything that followed the invasions of Afghanistan and Iraq.

"Leading from behind never looked so good," Katulis says.

But Libyans still face a daunting task in rebuilding the nation's political institutions, following Gadhafi's 42 years in power. Libya has regional and tribal divisions that have been exacerbated by eight months of fighting.

The U.S. has not proposed any major assistance plans, but Libya does have large oil reserves and a small population. And the U.S. continues to show support for Libya, which was symbolized by Secretary of State Hillary Clinton's visit to Tripoli on Tuesday.

But the U.S. will ultimately have a more limited role to play in sorting out Libya's divisions and its future than it did in Iraq and Afghanistan.

That's partly a matter of choice, but also a reflection of the supporting part the U.S. and NATO played during the period of open conflict.