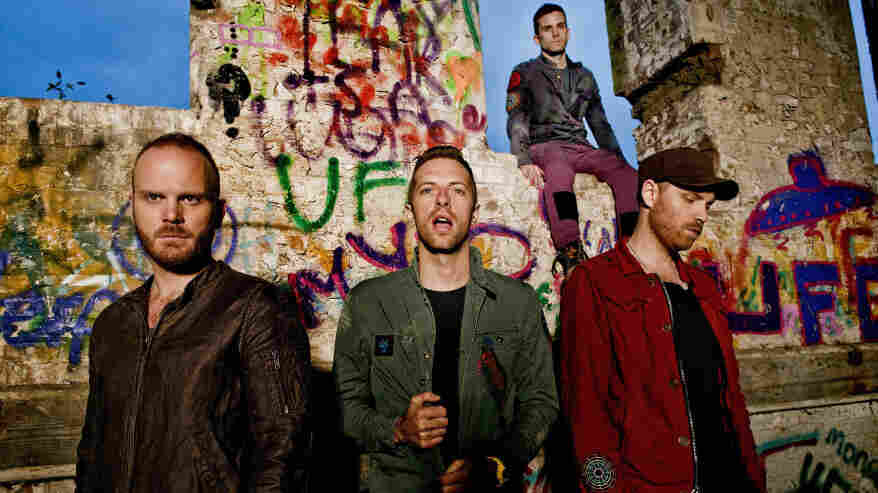 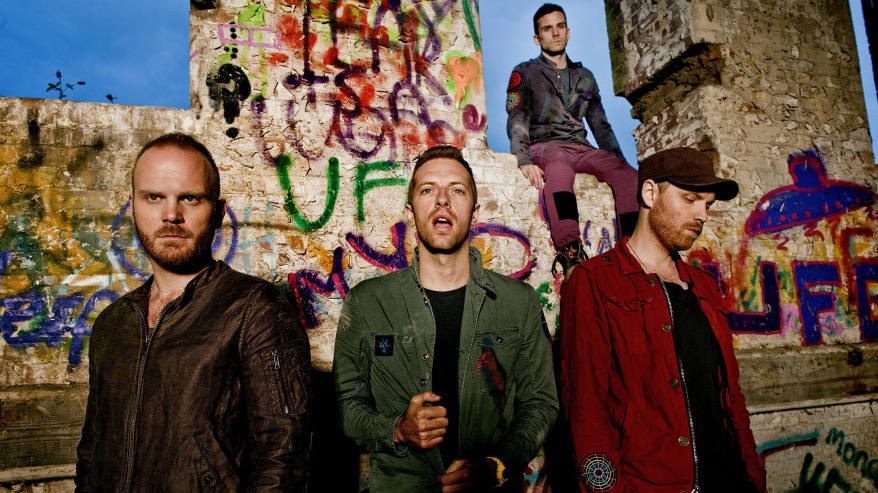 Every Teardrop Is a Waterfall

In 2002, when the British rock band Coldplay was on tour with its second album, A Rush of Blood to the Head, frontman Chris Martin said, "I just want to make the best music of all time with my best friends." Since that time, Coldplay, with Jonny Buckland on guitar, Guy Berryman on bass and Will Champion on drums, has become one of the biggest acts in rock.

NPR's Scott Simon spoke with Martin and Champion on the occasion of their fifth album, Mylo Xyloto, due out this week. Martin says that, at the very least, the part about friends is still true.

"A band's only unique thing is its chemistry, especially if none of you are prodigious players or particularly handsome," Martin says. "The one thing you have is your uniqueness, so we hold on to that."

Champion says he certainly wasn't a prodigious player when he joined the group — in fact, he hadn't intended to join at all before a happy accident convinced the other members he was the man for the job.

"My three friends were starting a band, and they needed a drummer," Champion says. "My flatmate at the time had some drums in our house, and he was a very gifted drummer. They came over to record the drums on some early demos, and when the time came to record them, my flatmate disappeared and went to the pub. So I volunteered my services to play on one song.

"It was the most lazy and technically inept fill-in that I could have possibly managed," he adds, laughing. "But, like Chris says ... it's just about the chemistry."

Martin and Champion say the title Mylo Xyloto (pronounced MY-low ZY-low-toe) doesn't have any special, secret meaning. Instead, it's the band's way of kicking off a new chapter in its career.

"What it is, is an attempt to have a completely fresh start, from our history and from anyone else's recording history, by coming up with two new words," Martin says. "Which of course, for a while, will seem a little pretentious or ridiculous. We were thinking about things like 'Google' and 'Pepsi' — those were also words that made no sense for a while. And, although it's silly, it's what it had to be. We now have to sort of apologize for it for a couple of months, but eventually it'll settle into being the name of that particular group of songs."

Though the band's success has only increased in its 15 years together, Coldplay's members are no strangers to negative feedback. But Martin and Champion both agree that, from time to time, even the harshest critic can make a good point.

"Sometimes we have criticism that is very constructive," Martin says. "Although it's painful at the time, most of the things that people have said about us negatively — some of them are true and you can work on them, and the ones that you don't agree with, you don't work on."

"I think it polarizes you," Champion says. "It makes you examine your insecurities and sometimes unearth something that you secretly feel yourself. Or it makes you totally resolved to disagree with that opinion, and it reinforces your self-belief. I think it's inevitable, and in some ways can be useful."