Accessibility links
How Franz Liszt Became The World's First Rock Star The classical pianist, who turns 200 today, changed the art of performance forever with his over-the-top concerts, creating a craze that historians have dubbed "Lisztomania." 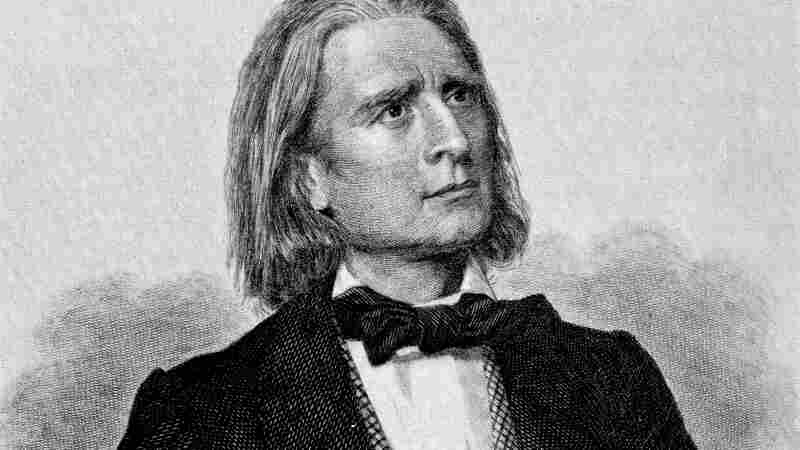 Illustration of Franz Liszt. The Hungarian composer and pianist revolutionized the art of performance. 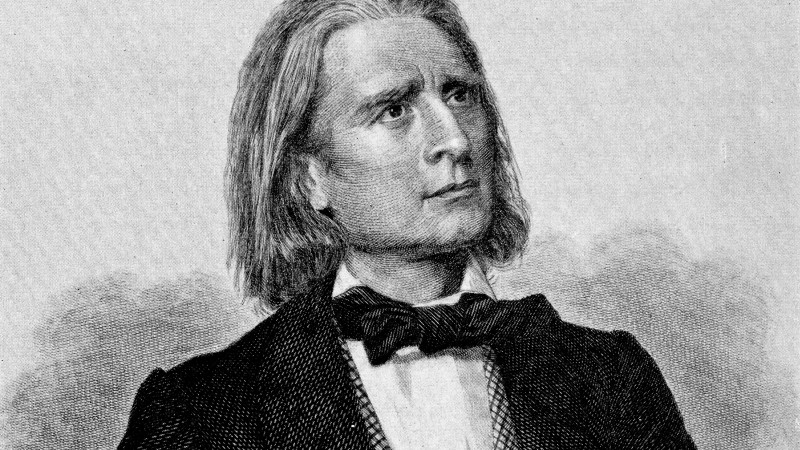 Illustration of Franz Liszt. The Hungarian composer and pianist revolutionized the art of performance.

When you think of rock n' roll, Franz Liszt might not be the first name that comes to mind. But the classical pianist, born 200 years ago today, was in many ways the first rock star of all time.

In the mid-19th century, Liszt was tearing up the polite salons and concert halls of Europe with his virtuoso performances. Women would literally attack him: tear bits of his clothing, fight over broken piano strings and locks of his shoulder-length hair. Europe had never seen anything like it. It was a phenomenon the great German poet Heinrich Heine dubbed "Lisztomania."

"We hear about women throwing their clothes onto the stage and taking his cigar butts and placing them in their cleavages," says Stephen Hough, a world-renowned concert pianist.

Like many contemporary classical pianists, Hough is obsessed with Liszt — not only because he was really good, but also because he revolutionized the art of performance.

"Liszt was a very dynamic personality," Hough says. "He was someone who seduced people — not just in a sexual way, but in a dramatic way. He was someone who, like a great speaker, was able to capture an audience."

Before Franz Liszt, no one thought a solo pianist could hold anyone's attention, let alone captivate an audience. Liszt set out across Europe in 1839 to prove the conventional wisdom wrong. As part of that mission, he made a radical decision to never bring his scores onstage.

"Before Liszt, it was considered almost in bad taste to play from memory," Hough explains. "Chopin once chided a student: It looked almost arrogant, as if you were pretending that the piece you were playing was by you. Liszt saw that playing the piano, especially for a whole evening in front of an audience, it was a theatrical event that needed not just musical things happening but physical things on the stage." 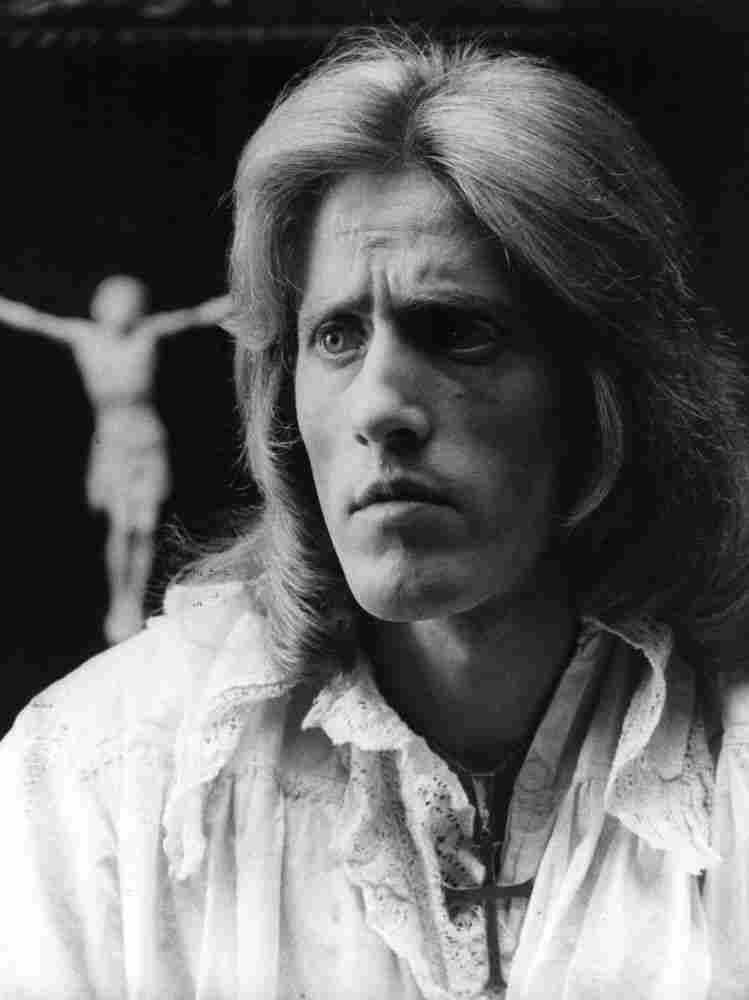 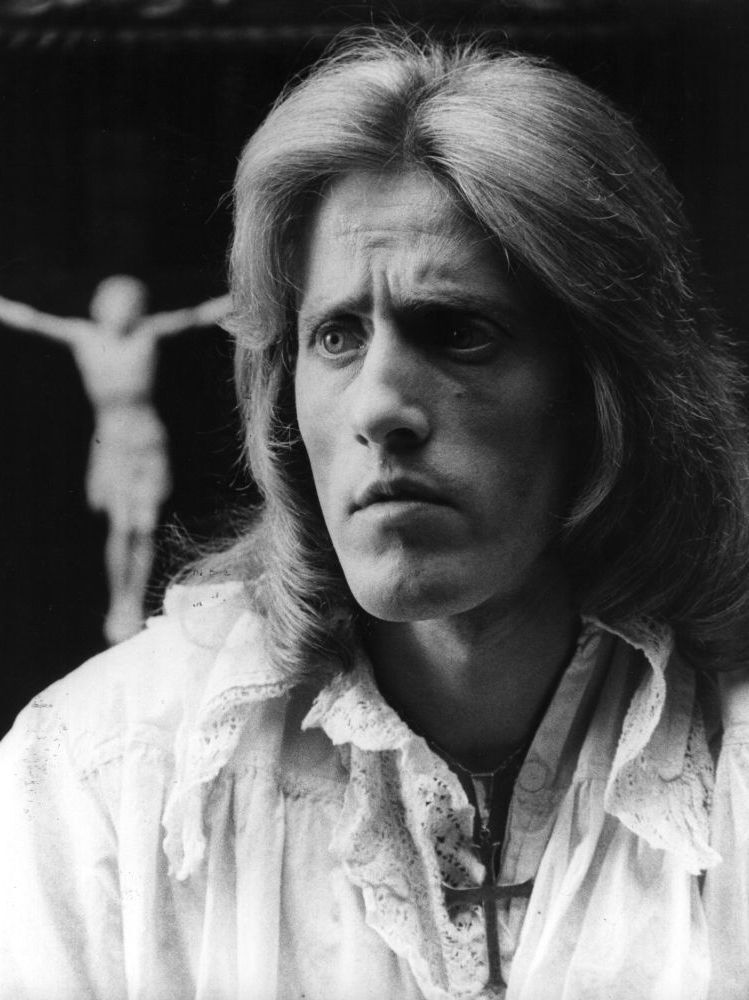 Liszt deliberately placed the piano in profile to the audience so they could see his face. He'd whip his head around while he played, his long hair flying, beads of sweat shooting into the crowd. He was the first performer to stride out from the wings of the concert hall to take his seat at the piano. Everything we recognize about the modern piano recital — think Keith Jarrett, Glenn Gould, Tori Amos or Elton John — Liszt did first. Even the name "recital" was his invention.

But although his life was the kind many musicians dream of, Liszt walked away from it all in his 30s.

"He wasn't someone who thought life just consisted of food, drink and all the pleasure you could wring out of it. He was someone who was always searching," Hough says. "I mean, he even considered the priesthood in his teens. So, he was never going to be satisfied just with pleasing the countesses. I think he also realized how superficial a lot of audiences' appreciation might be, and he wanted to retire and to do something more meaningful."

Later on in his life, Liszt became interested in conducting, and he re-defined that role as well: He started to work with individual musicians to help them shape the sounds that he was after.

And, of course, Liszt would go on to compose around 1,400 works. He died in 1886, but all through the 20th century, his influence could be heard — in the works of fellow Hungarian composers Bela Bartok and Zoltan Kodaly, as well as in the writing of his son-in-law, Richard Wagner.

The cultural impact of Lisztomania continues to take various forms today. In 1975, Ken Russell directed a film called Lisztomania, starring The Who's Roger Daltrey as Franz Liszt. (It was a bit over the top, anachronistically adding pyrotechnics and gunplay to Liszt's already-flamboyant stage show.) Then, just a couple years ago, modern rock fans fell in love with the song "Lisztomania" by the French band Phoenix.

"I love classical piano, so I have to love Liszt," says Thomas Mars, Phoenix's lead singer. Mars says he wanted to write an homage to Liszt; the band even recorded the video for the song outside Liszt's home in Bayreuth, Germany.

"He was exotic, he was different, he was pure in a way," says Mars. "It seemed that everyone wanted to get something out of him, so when people go ecstatic ... he's totally embracing that.

Tonight, on the 200th anniversary of Franz Liszt's birth, the Philadelphia Orchestra is performing his First Symphony. The orchestra will have a very special guest: Lang Lang, another world-renowned pianist and perhaps the closest thing we have today to a classical rock star.

Lang Lang's love of Liszt is well-known — in fact, his newest album is called Liszt: My Piano Hero. Weekends on All Things Considered host Guy Raz spoke with Lang Lang earlier in the week, between rehearsals in Philadelphia. The pianist said he first heard Liszt's music as a 2-year-old.

"I was watching Tom and Jerry, and they were playing Liszt's Hungarian Rhapsody No. 2," Lang Lang says. "And I was fascinated."

For the full version of this story, including Guy Raz's complete interview with Lang Lang, click the audio link at the top of the page.