A few years ago, I had the opportunity to visit Mexican-American singer Lila Downs and her husband, producer and bandmate Paul Cohen, at their New York City apartment. Coming in from the dreary Manhattan winter, as soon as I crossed the lintel, I was surrounded by the vibrant colors and gorgeous handicrafts of Oaxaca, the state from which Downs' Mixtec mother comes. The decor could be easily read as mere kitsch, but instead the careful curation revealed a thoroughly modern self-awareness. 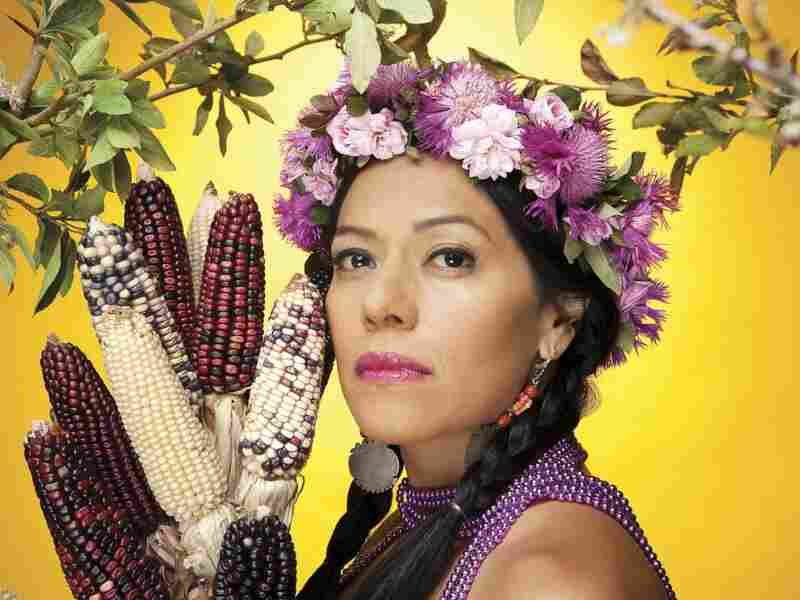 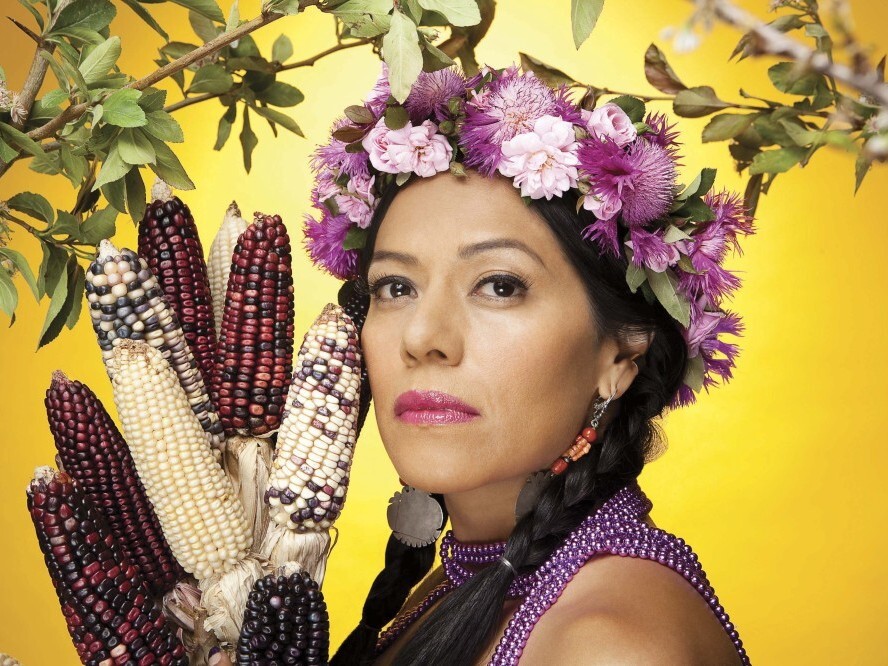 The same can be said of Downs' latest project, Pecados y Milagros — in English, Sins and Miracles. Visual impact, a strong sense of cultural identity (not to mention the politics of identity), and the transformation of tradition into modern expression are all fused as a means of addressing contemporary issues.

Mixing original songs with newly remade Mexican classics, Pecados y Milagros was created with a museum exhibition in mind: a series of specially commissioned votive paintings, or retablos, made by a group of contemporary Mexican painters. The exhibition, curated by an Oaxacan artist named Demian Flores in collaboration with Downs, opened this past week at MUNAL, Mexico City's Museo Nacional de Arte.

On Downs' own album, Mexican tradition is never far away: In sobbingly wrought songs like "Fallaste Corazón" ("Failed Heart"), Downs recalls the tropes of classic ranchera, while in "Misa Oaxaqueña" ("Oaxacan Mass"), the singer leads a triumphant mariachi band and choir, with texts drawn from 9th-century verses. But with her smoky yet ringing voice — as well as her vibrantly realized, socially conscious artistic vision — Downs' work looks back to the nueva canción movement within 1960s and 1970s Latin music. Taken as a whole, Downs' work is a true original.