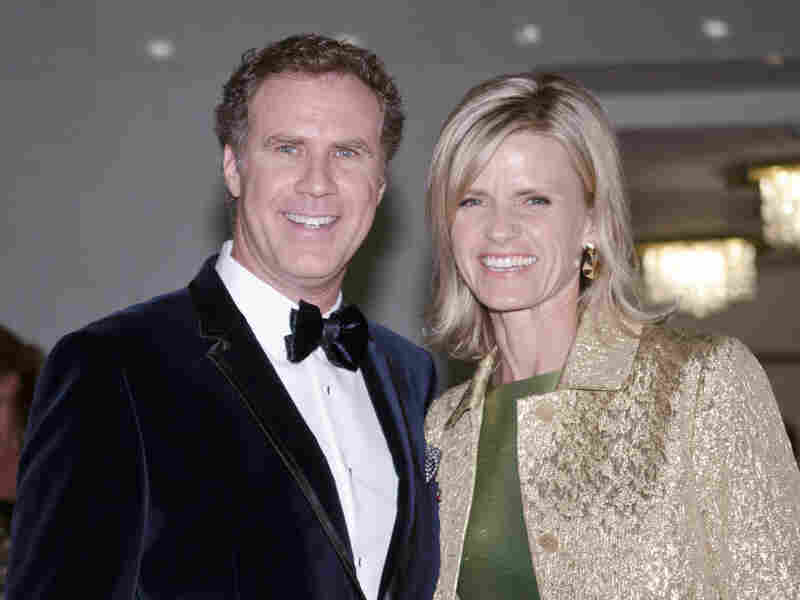 Will Ferrell and Viveca Paulin pose for photos on the red carpet during the 14th Annual Mark Twain Prize for American Humor at the John F. Kennedy Center for the Performing Arts on Sunday. 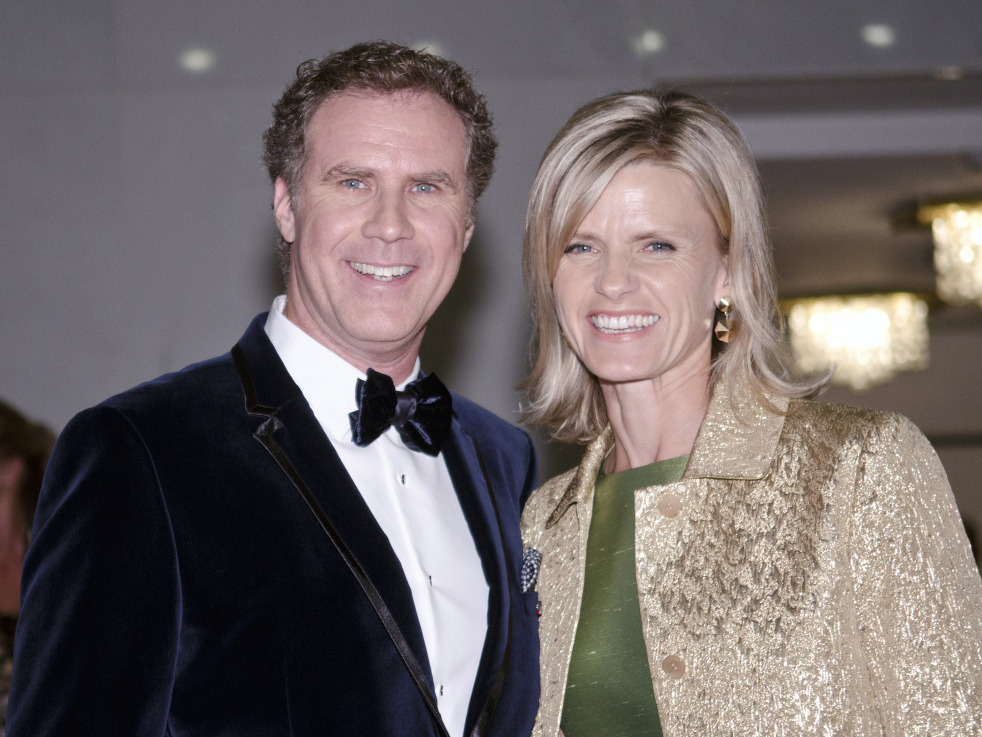 Will Ferrell and Viveca Paulin pose for photos on the red carpet during the 14th Annual Mark Twain Prize for American Humor at the John F. Kennedy Center for the Performing Arts on Sunday.

Will Ferrell, who refined his impersonation of President George W. Bush on the sketch comedy show "Saturday Night Live" and later took his presidential act to Broadway, was awarded the nation's top humor prize Sunday night.

The TV star went on to make movies and co-found the popular website FunnyorDie.com in a career that won the 44-year-old the Mark Twain Prize for American Humor from the Kennedy Center for the Performing Arts.

It was the Bush impression, though, that might have made the Washington crowd laugh — and cringe — the hardest Sunday.

"Washington is not a city much known for its comedy at least not the intentional kind," said PBS news anchor Gwen Ifill, who mentored Ferrell on his journalistic skills for the movie "Anchorman."

She introduced a clip of Ferrell playing Bush in "You're Welcome, America: A Final Night with George W. Bush" on Broadway. Dressed in a flight suit under a banner that read "Mission Accomplished" in a mock Oval Office he explained how Morocco had sent a special unit of 2,000 trained monkeys to fight terrorism "and make children laugh."

With that kind of comedy, Ferrell had accomplished something amazing, Ifill said.

"He got Democrats to pay and see and applaud George W. Bush," she said.

The show was taped for broadcast Oct. 31 on PBS stations nationwide.

Black opened the show with a song-and-dance routine for his friend and tried to lead the crowd in chanting "Will, Will, Will, will rock you."

"Will Ferrell, did you notice how I changed it from `We Will Rock You?" he said.

"It's about time he got some official Washington, D.C., props," Black said, noting that Ferrell had "reigned supreme" on "SNL" for seven years. "He's crazy funny. He makes you laugh so hard you cry and pee simultaneously."

O'Brien saluted Ferrell for giving so much of himself to his comedy. He said Ferrell had his sides physically softened and his "buttocks lowered with magnets" to prepare his body for spandex routines and at times streaking naked.

"Will magnifies and celebrates his flaws, just to entertain us," O'Brien said.

O'Brien also thanked Ferrell for being his first guest and his last guest when he was host of NBC's "Tonight Show."

"It's a rare friend who's going to stick with you for five-and-a-half months," he said.

Shannon, who met Ferrell while she was a waitress in Los Angeles, said that contrary to his TV persona, Ferrell is very serious and sweet to work with. As for the award, she joked "Will's agents and manager clearly bought this for him."

Some of Ferrell's famous sketches from "SNL" were played on the big screen, including his "Cow Bell" routine with Christopher Walken and "Craig the Spartan Cheerleader."

When he was finally awarded the prize, a bronze bust of Twain, Ferrell promptly dropped it on stage and tried to pick up the broken pieces. He joked that he had turned the prize down 13 times before but decided to accept this time because of the prize money (there isn't any) and to be watched on PBS "by hundreds of people across this country."

He thanked the Kennedy Center as "one of the few places that uphold comedy as what it truly is, an art form."

Ferrell is the son of a teacher and Roy Lee Ferrell, a guitarist for the Righteous Brothers. He grew up in Irvine, California, went to college at the University of Southern California and got his start in comedy with the Los Angeles improv group, The Groundlings.

That's where he was discovered by "SNL."

Ferrell went on to make some outlandish movies including "Anchorman: The Legend of Ron Burgundy," "Talladega Nights: The Ballad of Ricky Bobby" and "Old School." He has also tried his hand at drama, including this year's independent film "Everything Must Go." One of his upcoming projects is a Spanish-language comedy, "Casa de Mi Padre."

Ferrell told The Associated Press he has tried different avenues as movie studio budgets tightened. He opted for projects with smaller budgets but more creative freedom.

Longtime collaborator Adam McKay and Ferrell also took their comedy to the Internet with the 2007 creation of the popular video website FunnyorDie.com. Since then, it has drawn an audience of millions for its original Web programming.

McKay, a former head writer on "SNL," said it was Ferrell's "Cow Bell" sketch that has always made him laugh the hardest.

Before the show, Ferrell said playing the Bush character is one of his favorite memories for its political laughs, especially when he took the character to Broadway.

"We hit it at the perfect time when people wanted some sort of comedy after the eight years we just went through," he said.

Thirteen other people have won the Mark Twain Prize since 1998, including Tina Fey, Bill Cosby, Steve Martin and Whoopi Goldberg. It recognizes people who have followed the tradition of Samuel Clemens, the writer known as Mark Twain who used social commentary and satire to have an impact on society.