Accessibility links
The Mix: Live At The World Cafe Of the 4,000 artists who have graced World Cafe's studios in the past 20 years, WXPN has picked some of the best live performances for this celebratory mix.

The Mix: Live At The World Cafe

The Mix: Live At The World Cafe

Twenty Years Of Music From The Vault 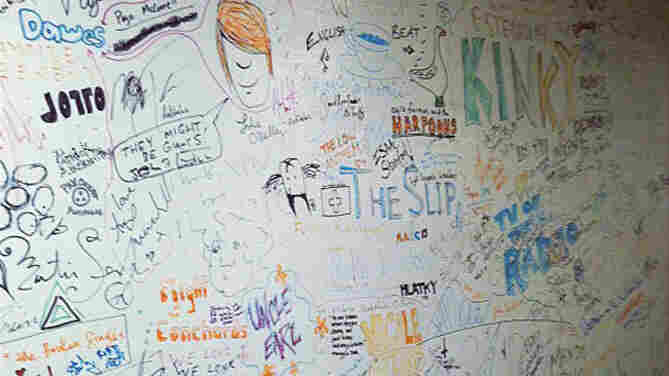 The famed World Cafe signature wall, where every guest leaves a mark on the studio. Spot anyone you recognize? 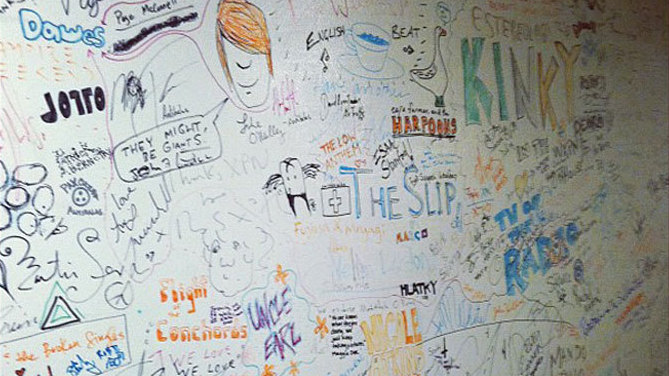 The famed World Cafe signature wall, where every guest leaves a mark on the studio. Spot anyone you recognize?

This month, we've celebrated the show's 20th anniversary by highlighting our 20 favorite interviews and 20 World Cafe: Next artists to keep an eye on. Now, we've put together a comprehensive mix featuring some of the best live performances the show has documented through the years.

The songs on this mix are culled from the Live At The World Cafe CD series, which started in 1995 as a way to bring the music of the World Cafe studios into listeners' homes. There are names you'll recognize and many you won't; some artists have gone on to fame and fortune, while others have slipped under (and possibly fallen off) the radar. You'll hear intimate, in-studio acoustic renditions of well-known hits, as well as spellbinding deep cuts performed before a packed house at World Cafe Live in Philadelphia. Once you've listened to these, tell us in the comments who you'd like to hear on World Cafe in the years to come.