Accessibility links
Housing Crisis A Hot Topic For Presidential Hopefuls President Obama is visiting Nevada, a state at the center of the foreclosure crisis. His administration has some programs in place to try to help struggling homeowners. But the leading GOP White House hopefuls so far haven't said much about how they would fix the downturn.

Home prices across the U.S. have dropped 30 percent from their peaks, a downturn that has sapped trillions of dollars in wealth from Americans. Not surprisingly, it's a hot topic for presidential candidates this campaign season. But so far, new ideas about how to fix the crisis have been scarce.

On Monday, President Obama is visiting Nevada, where he's expected to announce his administration's latest proposals on housing. The state is at the epicenter of the downturn, with the latest reports showing home prices and sales numbers continuing to slip.

Republican presidential hopefuls also visited the state recently — for last week's debate in Las Vegas, where the housing crisis did come up. But despite the fact that it's a huge issue — not just in Nevada but for the whole U.S. economy — the GOP candidates haven't said much about what their housing policies would be. 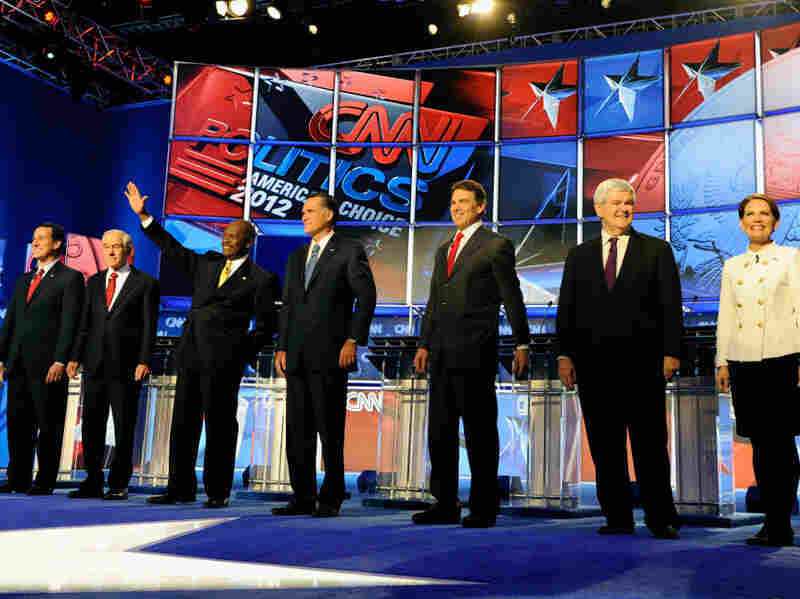 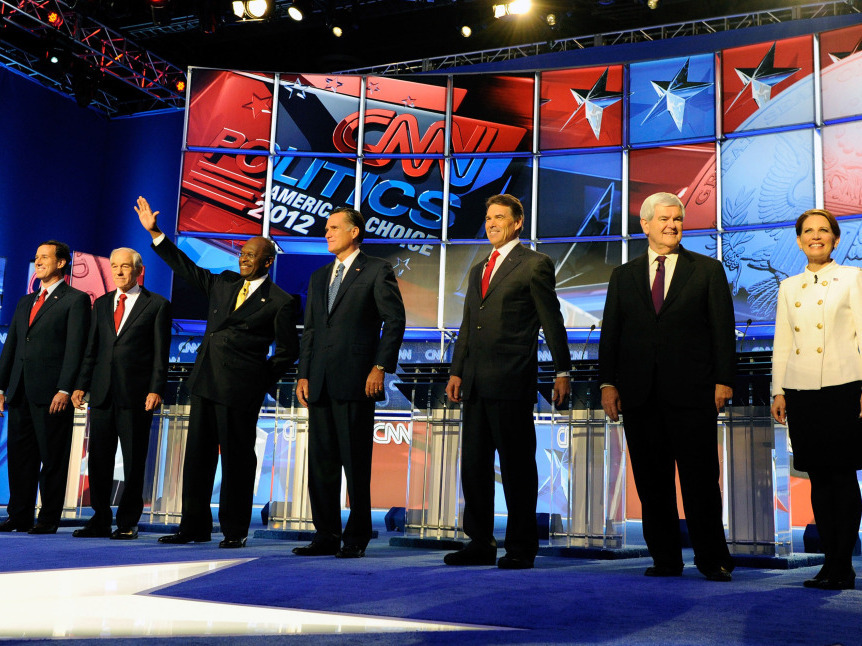 When the question was raised about how to fix America's real estate and foreclosure problems, few concrete proposals emerged. Texas Gov. Rick Perry, it turned out, didn't answer the question; instead, he got into an argument with former Pennsylvania Sen. Rick Santorum over whether or not he supported the so-called TARP bank bailout.

"When you talk about foreclosures, you're talking about women who are at the end of their rope because they're losing their nest for their children," Bachmann said. But no specific policy ideas materialized in her answer.

The most specific answer probably came from former Massachusetts Gov. Mitt Romney, and he seemed to say he wouldn't do much specifically targeted at the housing market. He essentially said the actions on the part of the government have not worked.

"The right course is to let markets work, and in order to get markets to work and to help people, the best we can do is to get the economy going," Romney said.

Romney has also said the government should not try to stop the foreclosure process; instead, the process should be allowed to run its course, so the housing market can hit bottom and then recover.

"We need to get government out of the way," Cain said. "It starts with making sure that we can boost this economy and then reform Dodd-Frank, and reform a lot of these other regulations that have gotten in the way, and let the market do it just like Mitt has talked about."

Cain went on to say that the Obama administration's housing interventions certainly haven't fixed the biggest problems, as home prices continue to drift.

But the president's foreclosure prevention program so far has allowed around 800,000 homeowners to get lower-interest-rate loans and stay in their houses. Critics on the left say the program could have reached many more — 3 million to 4 million people.

And Obama has more proposals in the works.

"One of the things that the president has his economic and housing team working very hard on right now is a refinancing plan," said Gene Sperling, the top White House economic policy adviser.

The basic idea is that many homeowners can't qualify to refinance at today's low rates. If they could, many would save hundreds of dollars a month on their mortgages.

"[The goal is] to come forward with a plan to help millions more families be able to refinance," Sperling said.

He said the administration is also implementing a program to allow unemployed people to defer making mortgage payments for a year.