Accessibility links
Moreno, Leguizamo Talk Latin Life In 'Hollywouldn't' They rose to fame 40 years apart, but Rita Moreno and John Leguizamo say they both faced some of the same hurdles in a town that sometimes just sees brown — and they both got over them with a signature sense of humor. 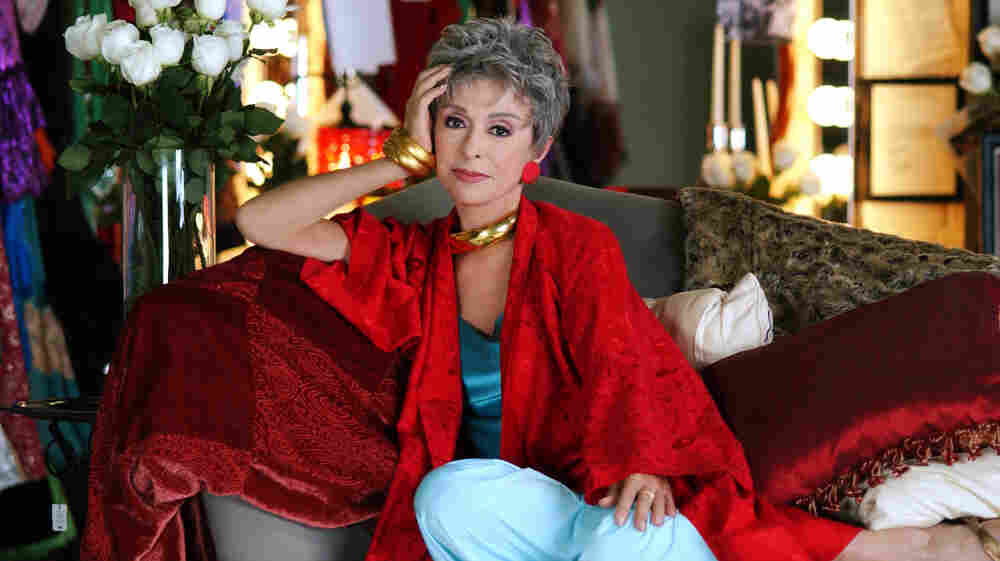 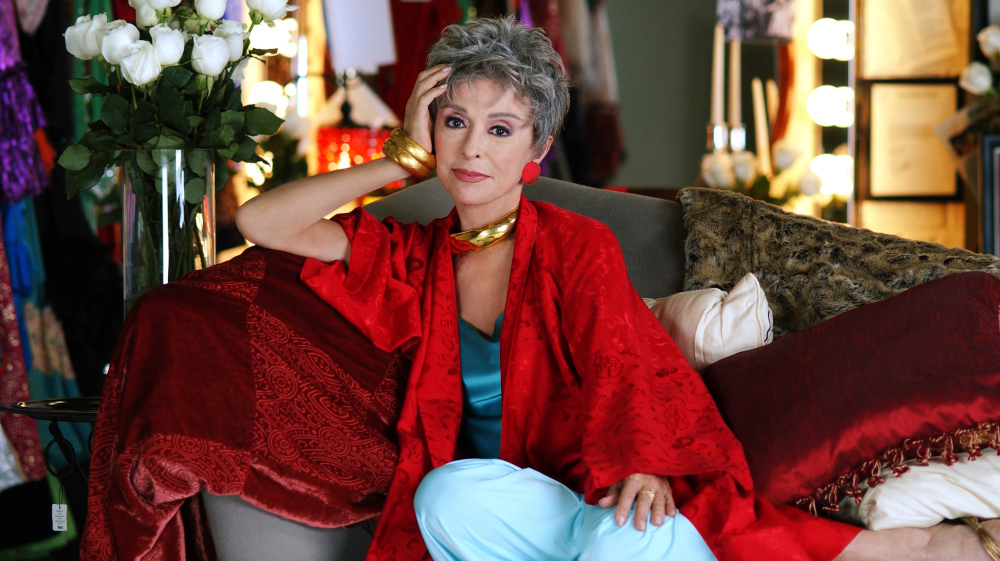 Rita Moreno — the only Latino performer to win an Emmy, a Grammy, an Oscar and a Tony — is reprising some of her most memorable characters in a solo show at the Berkeley Repertory Theater. Up the coast in Los Angeles, John Leguizamo, who co-starred opposite Al Pacino in Carlito's Way and voiced Sid the sloth in the animated Ice Age films, is performing another of his acclaimed solo shows. And while their Hollywood success came 40 years apart, the two say they encountered many of the same hurdles.

In the 1961 movie version of West Side Story, Moreno portrayed feisty Anita, the sister of a gang member — and like Moreno, Puerto Rican. 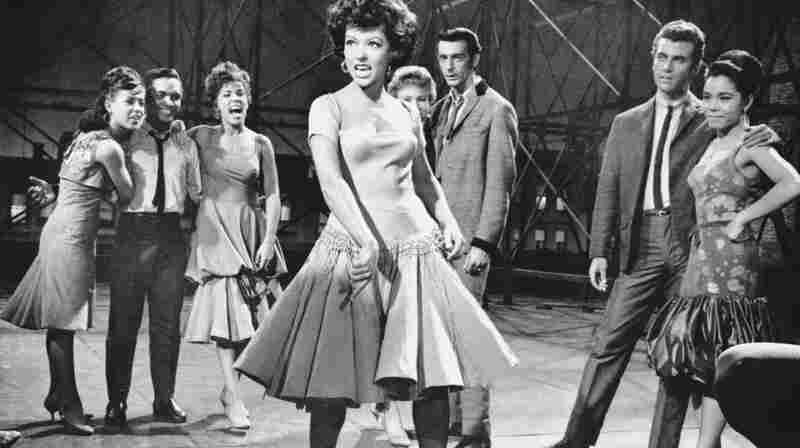 Moreno won her Oscar for the part of Anita, the firebrand girlfriend of the heroine's brother, in the film West Side Story, which recently had its 50th anniversary. 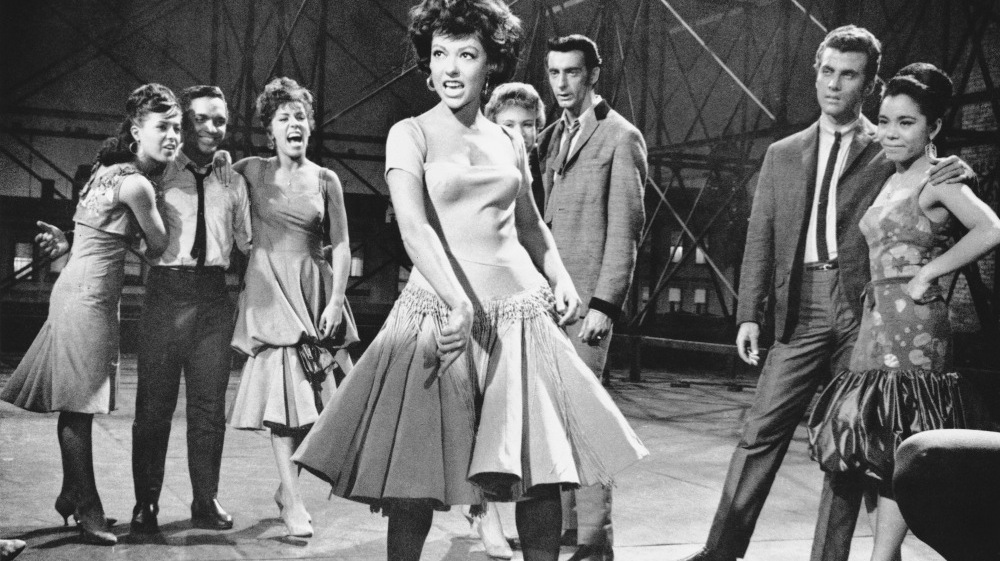 Moreno won her Oscar for the part of Anita, the firebrand girlfriend of the heroine's brother, in the film West Side Story, which recently had its 50th anniversary.

There were other issues, too. Co-directors Robert Wise and Jerome Robbins wanted a big contrast between the warring gangs, the Sharks and the Jets.

"So the white kids had to have their hair bleached and have extra-pale makeup," Moreno recalls, "and we had to wear all one-color makeup, almost the color of mud — and it felt like it. We all had to have accents — many of us who were Hispanic did not have them. I asked the makeup artist, 'Why do we have to be one color? Because Hispanics are many different colors.' "

Still, Moreno says she's grateful for the role that earned her a Best Supporting Actress Oscar.

During the filming of West Side Story, she created her own Puerto Rican character with an amusing, exaggerated accent: Googie Gomez. "One day I hiccupped her," Moreno says, before singing, a la Googie: "'I had a drean, a drean about chu, bebe.'"

Moreno says people asked her, back in the day, whether the caricature wasn't offensive to Latinos. "They laughed their heads off, because they know the character," she says. "The big hair, the big attitude. She's a huge exaggeration."

Googie got her shot at stardom in the 1975 Broadway musical The Ritz, earning Moreno that Tony Award. But between the awards, she got to play only what she called the "Conchita-Lolita" Latina roles — or the generic ethnic.

In her solo show Life Without Makeup, Moreno describes how frustrating and demoralizing it was to be typecast. She says it even affected her personal life, and that she tried to take her own life after a tumultuous relationship with Marlon Brando. 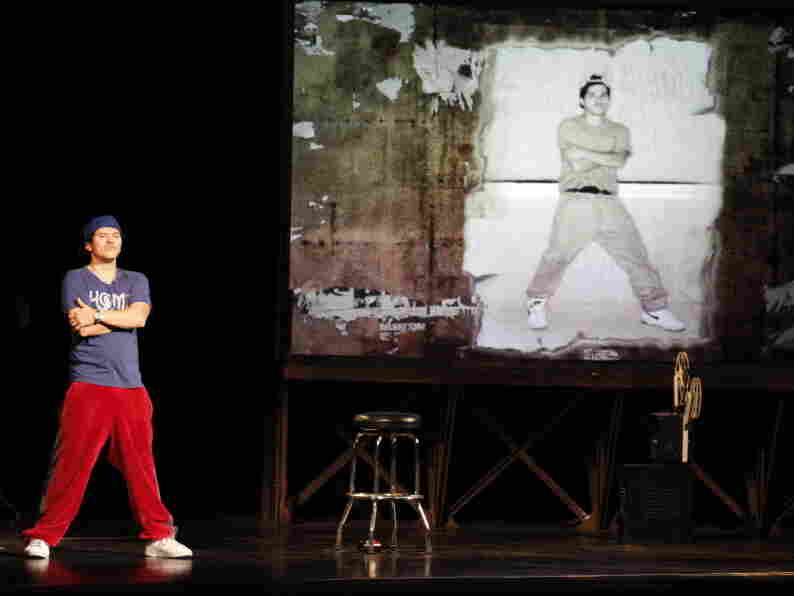 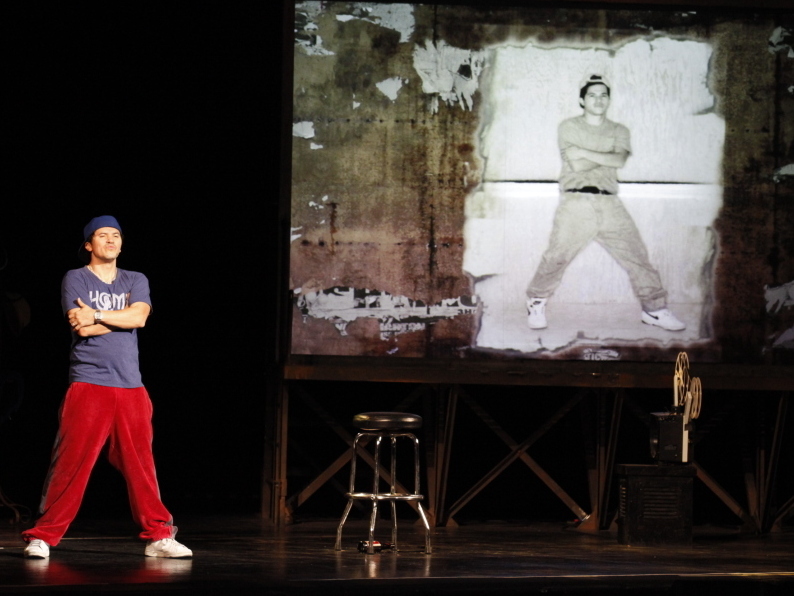 By the 1970s, Moreno was finally able to do something different, on television. She guest-starred on TV shows such as The Rockford Files and the children's show The Electric Company, where she co-starred with Bill Cosby and Morgan Freeman.

Moreno says Latinos still are rarely given the kind of meaty roles that land them big awards, but that it's a bit easier for them now than when she started out in Hollywood. "Things are a lot — not great, but better," she says, quoting actor Ricardo Montalban, who once said about Latinos in Hollywood: "the door is ajar."

'You Gotta Kick Your Foot In There'

Backstage at the Ricardo Montalban Theater in Hollywood, John Leguizamo takes the analogy further: "Yeah, yeah, you gotta kick your foot in there, then kick the other foot in, then throw somebody in there quick. That's what you gotta do, exactly."

"It's much better than it's ever been, but I mean, we're 15 percent of the population," he says of Latinos in Hollywood. "Why aren't we even close to that in representation?"

Like Moreno, who was born Rosita Dolores Alverio, Leguizamo was pressured by casting agents and managers to change his name.

"I stuck with my name," he says. "I flipped them the bird and I said, 'I'm going to write my Latin stories that ya'll don't tell, that I can't see anywhere.' "

In a series of one-man shows he wrote himself, Leguizamo began portraying characters from his New York neighborhood and his life. And he got the attention of Hollywood.

In Leguizamo's latest show, Ghetto Klown, the 47-year-old describes his rise from wisecracking Puerto Rican-Colombian break dancer to his onscreen roles, beginning with a small part on TV's Miami Vice.

"Oh yeah. Miami Vice, the Latin exploitation series of the '80s," Leguizamo says onstage. "And I became Calderon Jr., cocaine Colombian Mafia prince. And as you can see, I'm the palest Latin brother of the bunch. But I blame my grandfather, 'cause when he found out I was doing television, he says ... 'Mijito, nenito, only white Latinos make it to Telemundo, mijito.'"

Just like Moreno before him, Leguizamo found himself auditioning for the most stereotypical TV and film roles.

"It'd be me and all the same dudes — Benicio Del Toro, Benjamin Bratt, Esai Morales and Jimmy Smits," he recalls. "And you'd go out there and [the roles were] all gang leaders, drug dealers, janitors, murderers. And you're like, 'All these roles? Really? Don't we contribute more?' I mean, I went to college, man. I'm an educated human being, and I know a lot of hyper-educated Latin people."

So Leguizamo took aim at the stereotypes. His short-lived TV show House of Buggin' often satirized Hollywood depictions of Latinos. And when he did get cast in movies, the former class clown ad-libbed his lines to get attention. He ended up fighting — literally fighting, though usually onscreen — with big stars including Al Pacino, Sean Penn, Steven Seagal and Patrick Swayze.

Leguizamo says he got better opportunities, but still hit what he calls the "Plexiglass ceiling" of Hollywood — or, as he puts it, "Hollywouldn't."

"The blocks were constant. I had to ignore them," he says. "This great producer was like, 'John, you're so talented, too bad you're Puerto Rican, 'cause you'd be so much further along.' "

Eventually, Leguizamo had enough clout to create his own film characters, like the drag performer Chi-Chi Rodriguez in the movie To Wong Foo, Thanks for Everything! Julie Newmar." Other roles came his way, too: a cold-blooded killer (Carlito's Way), a Navy SEAL (Executive Decision), that cartoon sloth (Ice Age), even a famous French painter in the musical Moulin Rouge.

Like Moreno a generation before, Leguizamo made it in Hollywood his way. And he's learned that the best roles are the ones you create yourself.