Accessibility links
In Miami, School Aims For 'Biliterate' Education At Coral Way, the children of political refugees fleeing Cuba in the 1960s were not only expected to learn English, but also expected to remain fluent in Spanish and hold on to their culture. Today's students can read, speak and write in both languages. 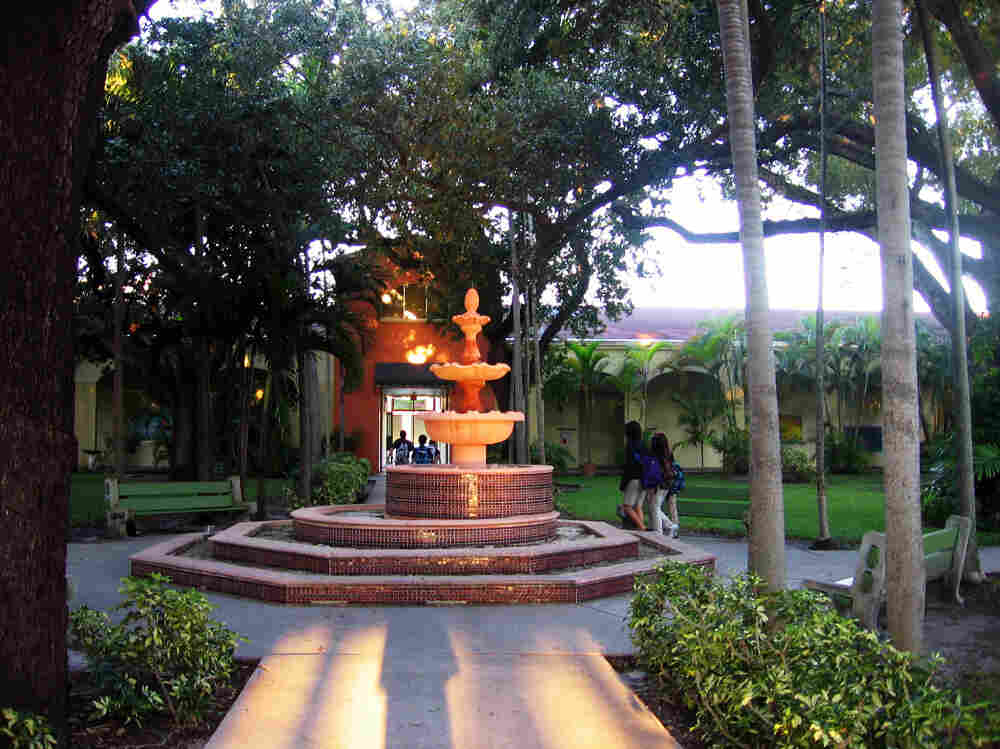 In the fall of 1963, in the throes of the Cold War, Coral Way Elementary took in the children of political refugees fleeing Fidel Castro's Cuba. The goal was not just to teach them English, but to make sure they remained fluent in Spanish and held on to their culture. Cuban-Americans thrived in Miami, and so did Coral Way's bilingual immersion model.

Every morning, shortly after 8 o'clock, students at the Coral Way Elementary School pledge allegiance to the flag and stand for the national anthem. Then Spanish becomes the language of instruction. In one fourth-grade class, reading assignments, science, math and social studies lessons are entirely in Spanish. After lunch, classes switch to English. On the playground, you hear a mix. 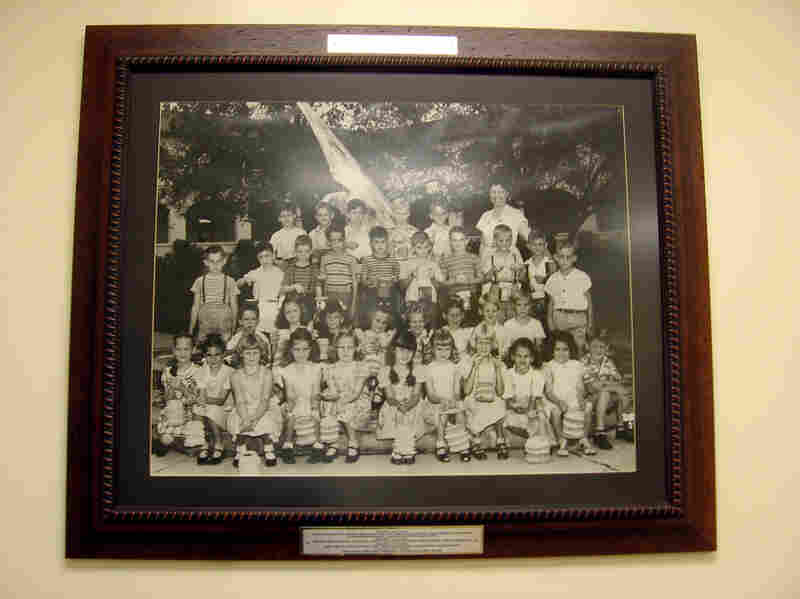 A photo at Coral Way Elementary School, one of the first bilingual schools in the country, shows some of the school's first students. 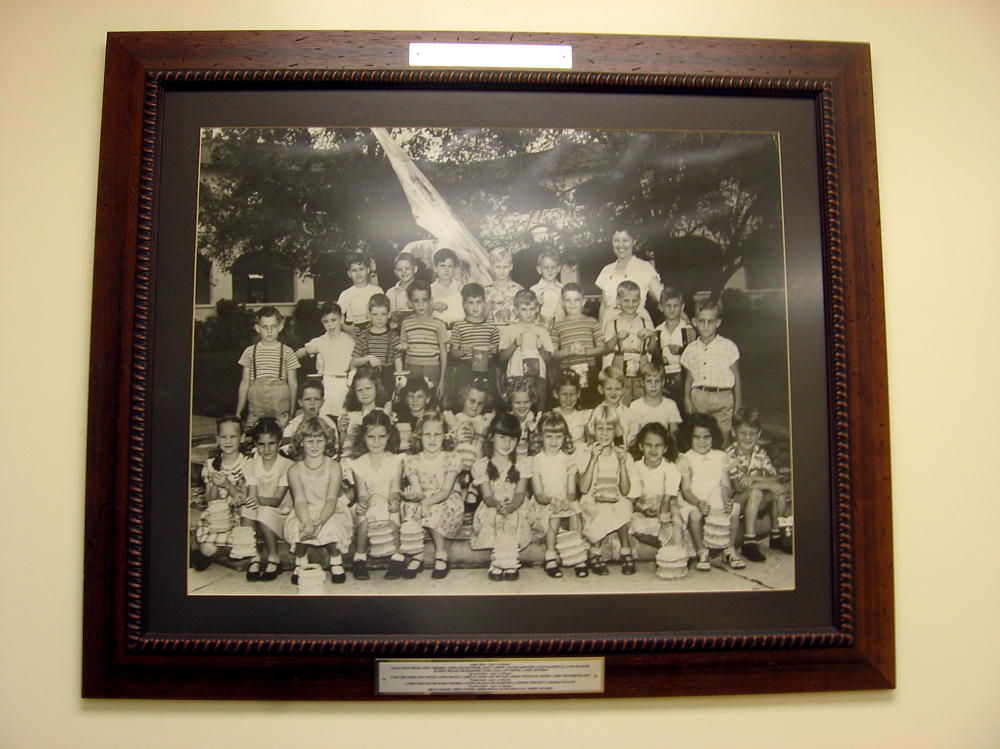 A photo at Coral Way Elementary School, one of the first bilingual schools in the country, shows some of the school's first students.

Coral Way principal Josephine Otero questions a child on the playground: "Buenos dias mija, why are we running? Why?"

Otero is one in a long line of bilingual principals at the school who have presided over what experts consider the "gold standard" of public bilingual education in the U.S.

"When parents come to Coral Way, they already know what they're buying into," Otero says. "We have proven that our methods here at Coral Way do work, and that our students are successful and prepared to face the challenges ahead of them."

Most of the 1,500 students at the school are low-income, but their test scores are among the highest in the city. After eighth grade, many go on to Miami's top private and public high schools. Some take up a third and fourth language.

For parents like Allen Miller, Spanish is academic enrichment — just as important as being well-read and talented at math.

"We're an English-speaking household," Miller says. "Our son now is becoming fluent in Spanish. He loves it, and that's a skill he would not get normally in a traditional school system."

There are about 440 public bilingual immersion schools across the country, up from only a handful in the 1970s. A growing number today teach Mandarin and French, not just Spanish.

But in some states — California, Arizona, Colorado and Massachusetts — bilingual immersion programs are banned because a majority of voters don't think children can learn proper English and hold on to a foreign language and culture at the same time.

It's an issue that gets caught up in the angry debate over illegal immigration, especially from Spanish-speaking countries. Even in Miami, when Rosa de La O tells people her kids attend a bilingual school, some always ask, "Are we loyal? Are we not? Is a child is going to absorb that?" she says. 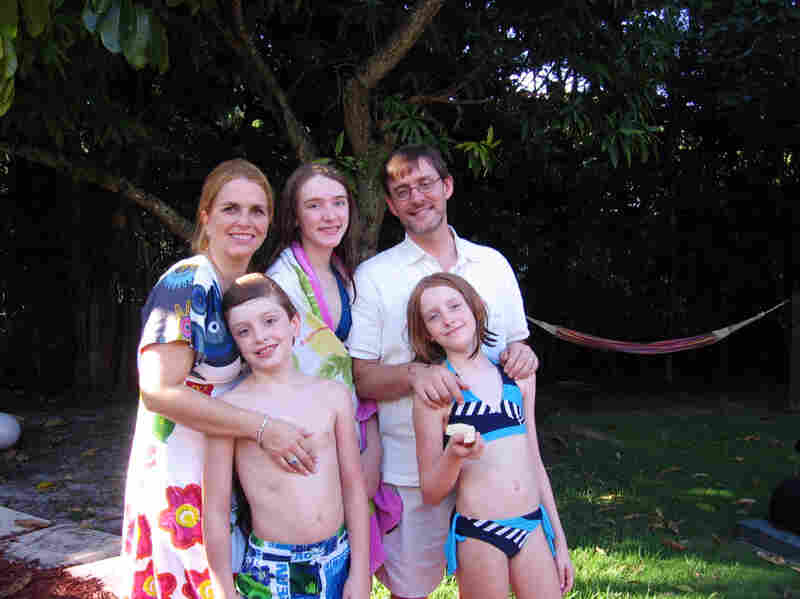 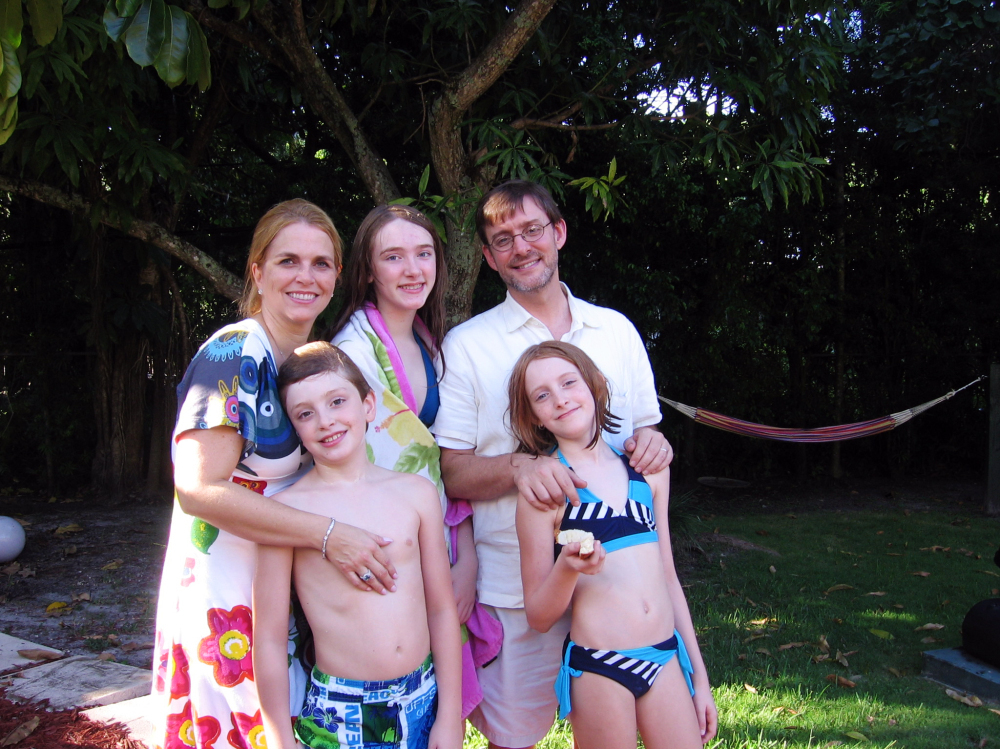 Parents like de La O say being fluent in English and Spanish does not make you less of an American. It just creates more pathways to the American dream. De La O's family is a good example. They live in a beautiful home not far from Coral Way in Little Havana. Miguel, de La O's husband, is an attorney in Miami.

"And in this town you're going to have Spanish-speaking clients," he says. "They expect you to speak to them in Spanish. I absolutely get certain cases that I would not get, because I can communicate with a client."

"Being truly bilingual ... that's one thing Coral Way stresses," Miguel says. "They call it being 'biliterate.' That's a notch above — when you can read it, write it, speak it. It's hard!"

Coral Way is an extension of what their family values — an identity rooted in both their Latino culture and their love for this country. It's what they want for their three children: Miguel, Rebecca and Anna.

The family recently celebrated Anna's 11th birthday with cake, ice cream and roasted pig on the menu. Everywhere you look, you see family pictures and reminders of the family's ties to Cuba, Colombia, Puerto Rico and Spain. There's also a picture of de La O at the 1992 Miss USA Pageant, where she was Miss Florida. De La O jokes that you can't be more American than that. Her husband says he too grew up feeling more American than Cuban.

"I didn't really tap into my Cuban roots until I was older and could appreciate it more," Miguel says. "When I was a child, as I'm now seeing in my own children, they just want to be Americans, and they don't yet have that connection to their roots. They don't identify with it."

So how do the three children identify themselves?

"American ... I have to use [Spanish] with my grandparents," Rebecca says, adding that she never uses it with her friends.

Teachers at Coral Way cringe when they hear Spanglish. They demand proper English and proper Spanish. This kind of rigor and rich immersion in the two languages is very different than what most Latino school students experience. Most still struggle with a sort of cultural ambivalence, in large part because schools put little or no value on the language kids speak at home.

At Coral Way, Spanish has currency. Its success is based on the idea that being bilingual and being successful are not mutually exclusive.