Accessibility links
New Republic: Is Cain Qualified To Be President? While Mitt Romney seems to be emerging as the candidate of choice, we shouldn't count Herman Cain out. The New Republic's Walter Shapiro thinks the GOP just might nominate a candidate patently unqualified to be president.

New Republic: Is Cain Qualified To Be President?

New Republic: Is Cain Qualified To Be President? 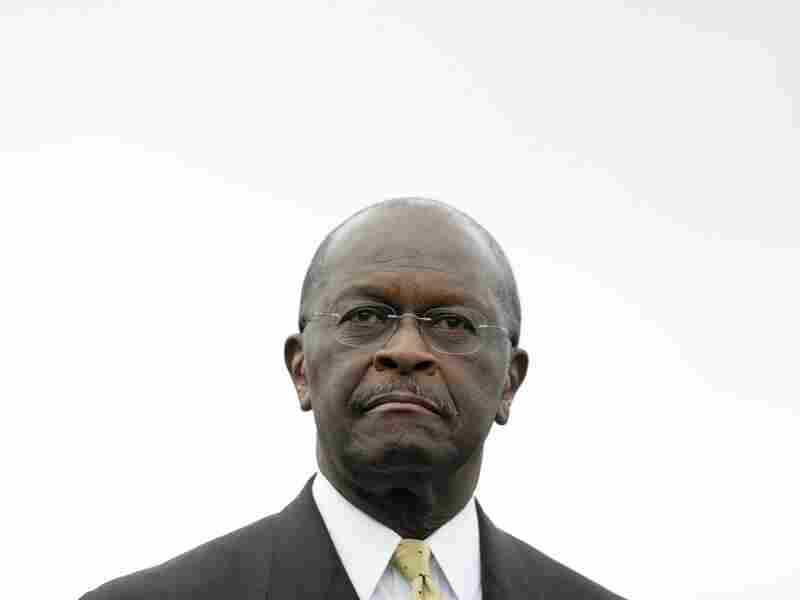 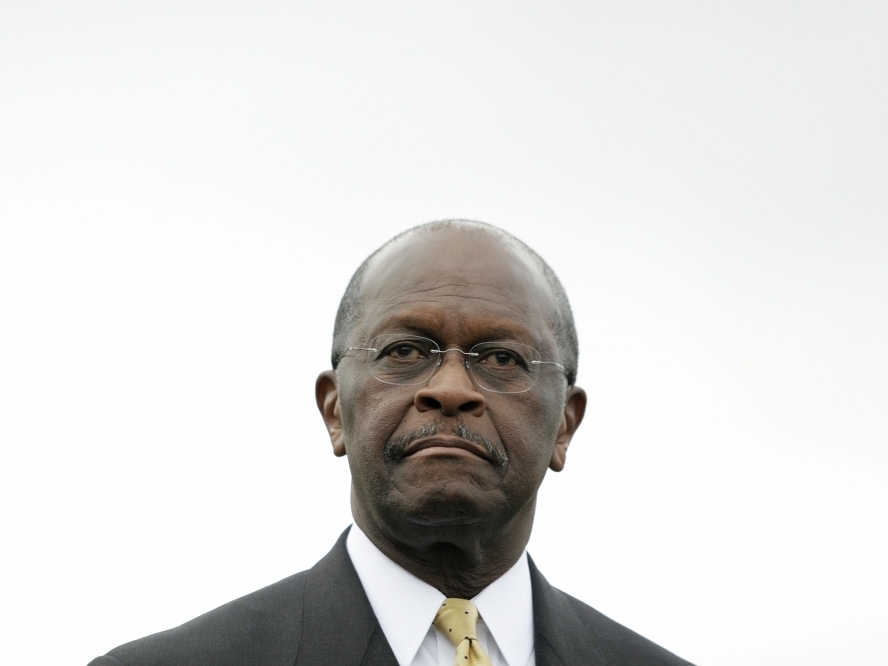 Read Another Opinion On Herman Cain

Walter Shapiro is a special correspondent for The New Republic.

Herman Cain's recent stumbles over substantive issues have a way of making Rick Perry seem like the Stephen Hawking of politics. In the midst of a softball CNN interview last week, he appeared to abandon his no-exceptions anti-abortion stance. The former pizza magnate also said that he hypothetically might swap terrorists held on Guantanamo for an American soldier—and then embarrassingly backtracked during the Las Vegas debate. Asked about his foreign policy orientation on Meet the Press, a baffled Cain replied, "I'm not familiar with the neo-conservative movement." And listening to Cain constantly struggle to explain why his regressive 9-9-9 plan would not raise taxes for most Americans is a reminder of the punch line of an old joke: "Do you believe me or your own eyes?"

Small wonder, therefore, that the likely story arc for Cain is that doubts about his candidacy continue to multiply until he is on a glide path for a primetime hosting slot on Fox News. As Joshua Green reported in Business Week, Cain is carefully keeping his post-campaign options open by continuing his paid speeches ("I have not raised my prices") and hawking his latest autobiography, This Is Herman Cain! My Journey to the White House.

This is how presidential vetting traditionally works. The press pack pounces on the logical fallacies in a candidate's positions and the shakiness of his resume. Party elites and top fundraisers then decide, if they have not already, that any candidate subjected to this kind of non-ideological media assault is unelectable. And eventually voters—especially when the calendar moves beyond activist-dominated Iowa—get the message that they are trying to elect a president and not merely thumbing their noses at the establishment.

As a result, neither party has nominated a patently unqualified candidate for president in more than a century. But ever since voters in primaries and caucuses replaced party bosses at the center of the nominating process, there has always been a theoretical risk that the unofficial vetting system could break down. And this year, in particular, there's a substantial case to be made that all bets and vets are off.

HERMAIN CAIN HAS illustrious predecessors—other outlandish Republican presidential contenders who have had their Icarus moments in the sun. At the end of 1987, Newsweek ballyhooed televangelist Pat Robertson's "invisible army" in a story headlined, "Is It Time to Take Pat Seriously?" After Pat Buchanan narrowly won the 1996 New Hampshire primary, a newspaper columnist named (whoops!) Walter Shapiro declared, "He should be considered the presumptive frontrunner." Twelve years ago this month, New York Times columnist William Safire predicted that flat-tax troubadour Steve Forbes would give George W. Bush "a run for both of their money." And an October 1999 Washington Post story reported that the Bush camp "has been almost obsessed with Forbes's candidacy."

But for all the news-magazine covers (which mattered back in the 20th century) and front-page headlines, none of those prior improbable candidates ever came close to leading in the national polls. In fact, none of them ever won a major primary or caucus, aside from Buchanan's brief reign as the uncrowned king of New Hampshire. Enter the Herminator stage right waving his 9-9-9 tax plan.

Cain has scored above 25 percent in a string of October national polls and has topped Mitt Romney in several of them. Despite the snickers from the pundit pack (myself included) about the presidential credentials of a former pepperoni peddler turned motivational speaker, Cain is cresting. It is easy to tick off glib explanations for his dramatic ascent: the Rick Perry implosion; the need for the anti-Romney vote to go somewhere; his humor and genial unflappability in the early debates; his compelling life story; and the obsession of conservative true believers with cockamamie tax plans. Throw in the desire of Republican voters to demonstrate that they believe in a color-blind society as fervently as Democrats did in 2008 in embracing Barack Obama. But none of that diminishes the historic nature of Cain's poll vault—or the unique political context of 2012 that's making it possible.

Aiding Cain—and potentially defying past election cycles—is the fact that Republican voters are highly skeptical of the media: 72 percent of conservative Republicans and 62 percent of all Republicans believe that there is "a lot" of bias in news coverage, according to a national survey by the Pew Research Center. Anger at elected officials is the new normal. It is stunning that seven out of eight voters disapprove of the way that Congress is doing its job. Adding to this mixture is the fact that Republican voters—judging from every poll in this political season—would prefer not to nominate Mitt Romney. But the Anybody But Romney forces keep struggling with that ancient rule of politics and boxing: You can't beat somebody with nobody.

This volatile combination is what makes the rising and raising Cain poll numbers so worrisome. The first active black candidate to have a remote chance of winning a Republican nomination may be shockingly ill-prepared for the presidency, but Cain is certainly not an extremist out of the Robertson and Buchanan playbooks. He is a cheerful conservative in the Ronald Reagan mold. Actually, Cain resembles Reagan during his GE pitchman phase—a talented speaker with scant experience in the political arena. But Reagan's strength as a president flowed directly from his later experience of two terms as California governor and two failed presidential races.

Despite the latest flap over abortion, it does not take a huge leap to imagine Cain winning in Iowa, where he leads in the latest statewide poll. A follow-up victory for Cain in the South Carolina primary would also be conceivable. After that, starting with the Florida primary at the end of January, voters will mostly judge the candidates based on their performances on television screens. And make no mistake—Cain is a great performer.