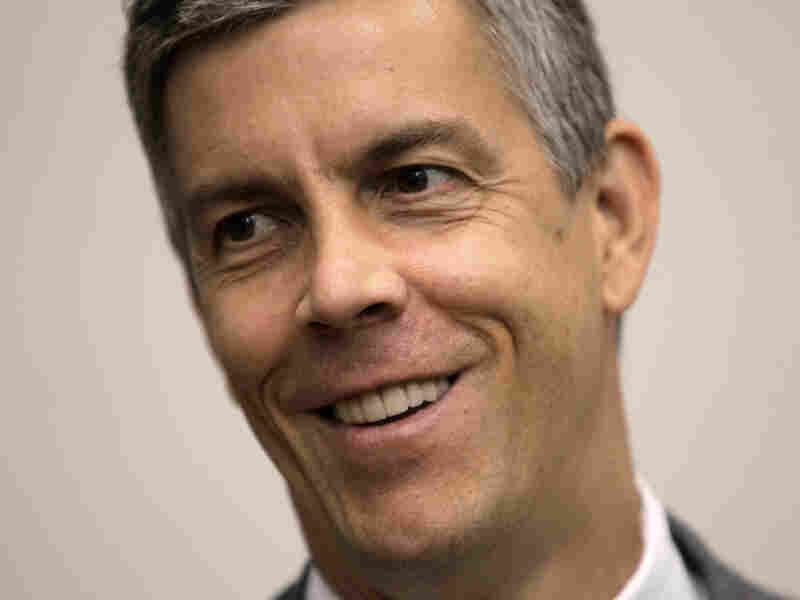 Education Secretary Arne Duncan visited Oregon earlier this month, and he heard from an Oregon City teacher who complained about the rules of a performance-based pay bonus grant. 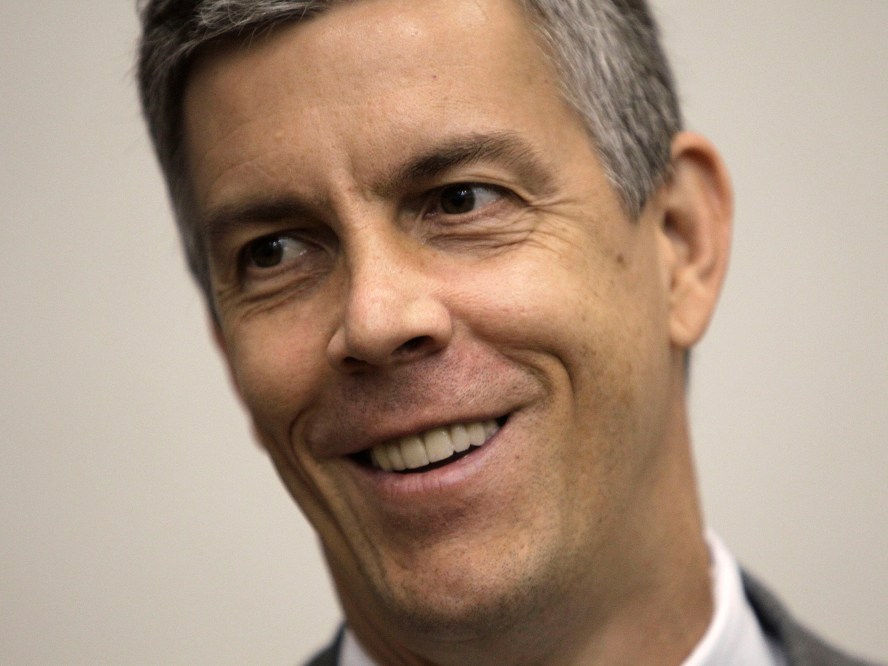 Education Secretary Arne Duncan visited Oregon earlier this month, and he heard from an Oregon City teacher who complained about the rules of a performance-based pay bonus grant.

An Oregon school district has rejected more than $2.5 million in federal funds. Oregon City — just south of Portland — turned down money that would have given performance-based pay bonuses to teachers, a controversial part of the Obama administration's education policy.

It's called the Teacher Incentive Fund, and it's meant to reward results. Oregon City actually applied for the money it's now turned down.

The government offered the $2.5 million for teacher bonuses based on evaluations and their students' test scores. The school district had actually been working on those issues before it got the grant.

Education Secretary Arne Duncan visited Oregon earlier this month and told an Oregon City teacher who complained about the grant's rules that he understood. He also said he wanted his department to be less bureaucratic and to support innovation. "I don't have any specific answer, but I'd love to continue the conversation, see if there's some flexibility," Duncan said.

After Duncan's visit there was some back and forth between the Obama administration and Oregon City on how the money should be spent. But ultimately, the Department of Education said it had to be given to teachers as direct bonuses. It also said the law authorizing the Teacher Incentive Fund requires the department to restrict the funds to schools with lots of low-income students, which would have excluded half of Oregon City's schools.

Oregon City wanted to put the money into a shared fund, possibly for teachers' continuing education.

Nancy Noice, president of the Oregon City teachers union, said one solution the feds proposed was that employees hand their bonuses back to the district. But Noice says that didn't seem workable.

"We look at it and I think, 'OK, I've been cut 15 days, my salary has been frozen on top of that, so it's actually a huge decrease in my salary. My benefits have been cut. I would get a bonus check, and now the district wants me to give that back,'" Noice says.

She says a team of administrators, teachers and staff ultimately couldn't agree on a workable solution. But she admits it was tough to turn down the money.

"Heartbreaking. Heart-wrenching. It was a difficult decision either way," she says.

Noice says she's already heard from many people in Oregon City, many of them saying the district should not have turned down the money. But she says others were skeptical of performance-based pay, and applaud the union and school district for saying "no."

As for the $2.5 million, the Department of Education is seeing if there's another school district in Oregon that wants the money and will play by the rules.

The audio of this story, as did a previous Web version, mischaracterizes the leeway the Department of Education has in determining how Teacher Incentive Fund grants can be spent. The law authorizing the fund specifically says the money must go to teacher performance bonuses in low-income schools.