Accessibility links
Drug Violence Swamps A Once Peaceful Mexican City The drug violence in Mexico has claimed another victim, the port city of Veracruz. The recent bloodshed is crippling tourism and sowing fear in what, until last year, had been a relatively peaceful part of Mexico. But in a twist, a group calling itself the Zeta Killers is vowing to fight the drug cartel. 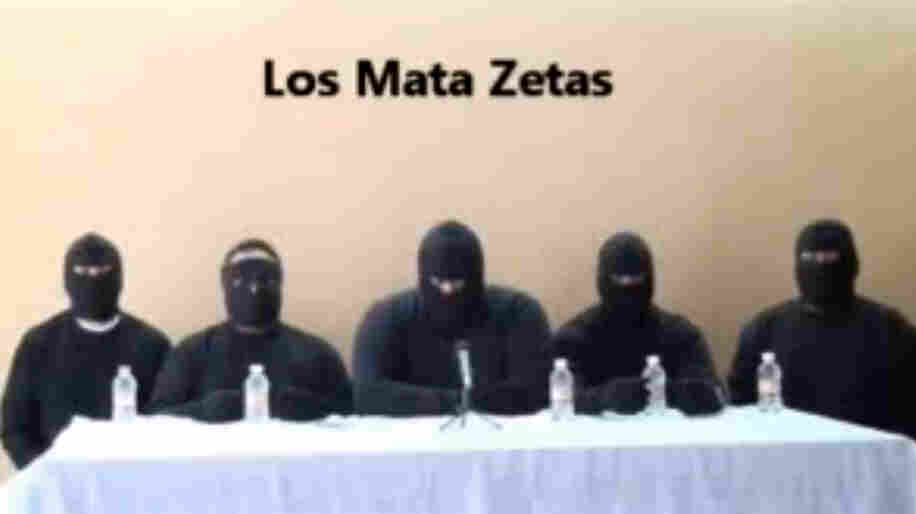 "Los Mata Zetas," or the "Zeta Killers," described themselves in a recent video as a paramilitary group that will go after members of the Zeta drug cartel. The Mexican government, however, has described it as a rival drug cartel that is just seeking to eliminate competition from the Zetas.

In the latest twist to Mexico's drug wars, a new group has vowed to launch a paramilitary offensive against a leading drug cartel in Veracruz, a city that has become a flash point in the violence.

Over the past month, more than 100 bodies have been strewn around the city, which is one of Mexico's largest and oldest ports. The violence prompted Mexican President Felipe Calderon to declare that Veracruz has been "left in the hands of the Zetas," one of the most brutal criminal organizations in the country.

On the eve of a convention for Mexican prosecutors last month in the Boca del Rio section of Veracruz, heavily armed gunmen blocked traffic at rush hour. Then they dumped 35 bodies in the street just blocks from the prosecutors' beachfront hotel.

A group calling itself "Los Mata Zetas," or the "Zeta Killers," claimed responsibility for the act.

In a video posted on You Tube, five men in black ski masks sit in what appears to be a hotel conference room. Declaring themselves the armed wing of the Veracruz population, the Zeta Killers say they dumped the corpses in Boca del Rio to show the Zetas they are not welcome in Veracruz.

Matching bottles of mineral water are lined up in front of each of them.

The leader reads a statement calling on people to stop paying extortion. He also threatens government officials who are working with the drug cartels. 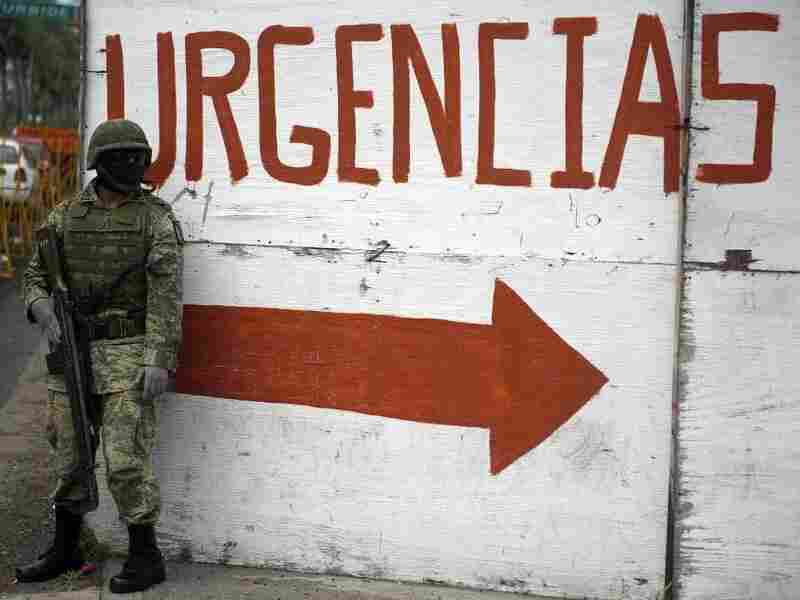 A Mexican soldier takes position near the Regional Hospital of Veracruz earlier this month. The armed forces patrol the streets of the port city in an attempt to combat rising drug violence. 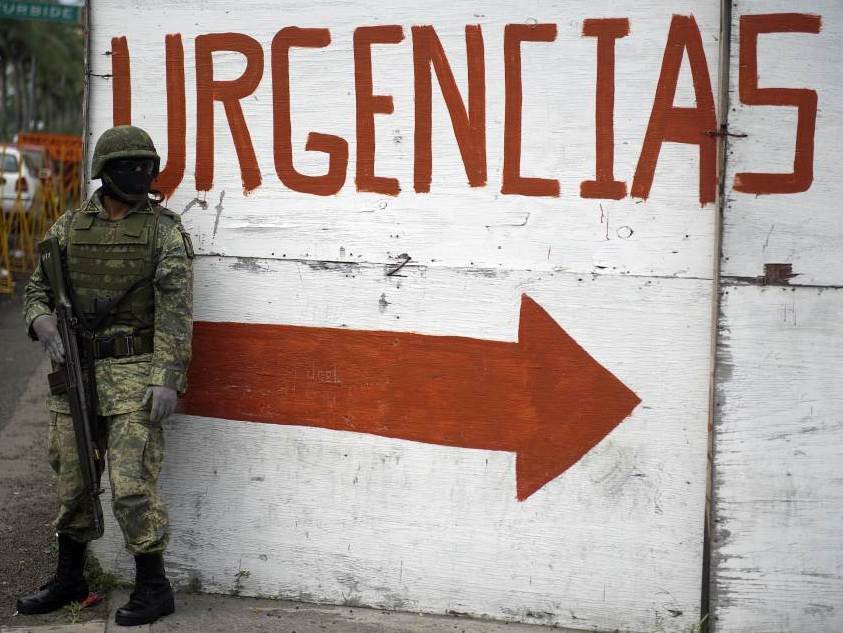 A Mexican soldier takes position near the Regional Hospital of Veracruz earlier this month. The armed forces patrol the streets of the port city in an attempt to combat rising drug violence.

Officials in President Calderon's administration quickly denied that paramilitary groups have jumped into the already bloody drug war. They dismiss the Zeta Killers as a stunt by the powerful Sinaloa cartel, and just a new way for the Sinaloans to attack their rivals.

The recent bloodshed is crippling tourism and sowing fear in what, until last year, had been a relatively peaceful part of Mexico.

In the Miguel Hidalgo market in Veracruz, a woman who runs a small seafood stand says she's fed up.

She says Veracruz lives off tourism, but right now nobody is coming.

She's terrified about what's going on and doesn't want her name broadcast.

At her counter she serves up thick glass cups of shrimp cocktail, chopped octopus drizzled with lime and fish seviche. Lately her sales are off sharply, and she says the government isn't doing anything to address the security problem.

"We are waiting to see who is the superhero who's going to save us," she says. The Army came, and she wondered if that was the superhero. Then the Marines were sent into the streets. She says one thing that's clear is that the superhero is definitely not going to be the police.

In Veracruz, as in other parts of Mexico convulsed by drug violence, the forces of destruction right now appear far more powerful than the forces of peace.

The Catholic bishop of Veracruz, Luis Felipe Gallardo Martin del Campo, says the current violence by and against organized crime is unprecedented in the port city.

The bishop says Veracruz has experienced violence during wars and invasions by foreign armies, but the current violence by organized crime is very different. He says the killings and the threats and the bodies being dumped in the streets are spreading fear throughout the entire population.

That fear is shared by reporters.

This summer, the editor of a respected daily newspaper in Veracruz was gunned down along with his wife and son. A few weeks later, the paper's crime reporter was abducted. Her body was left in the street behind a rival publication.

The journalists' deaths, like most of the deaths in this drug war, remain unsolved.

Vaca says the current crime wave in Veracruz is a result of the complete corruption of the state's security and justice systems. He says that corruption reaches to the highest levels of the police and prosecutors, and has allowed criminal groups such as the Zetas to flourish.