Accessibility links
'Fast And Slow': Pondering The Speed Of Thought Daniel Kahneman won a Nobel Prize in 2002 for his work on the psychology of decision-making. Now, in Thinking, Fast and Slow, Kahneman revisits and recasts his world-famous research on what he calls "the machinery of the mind." 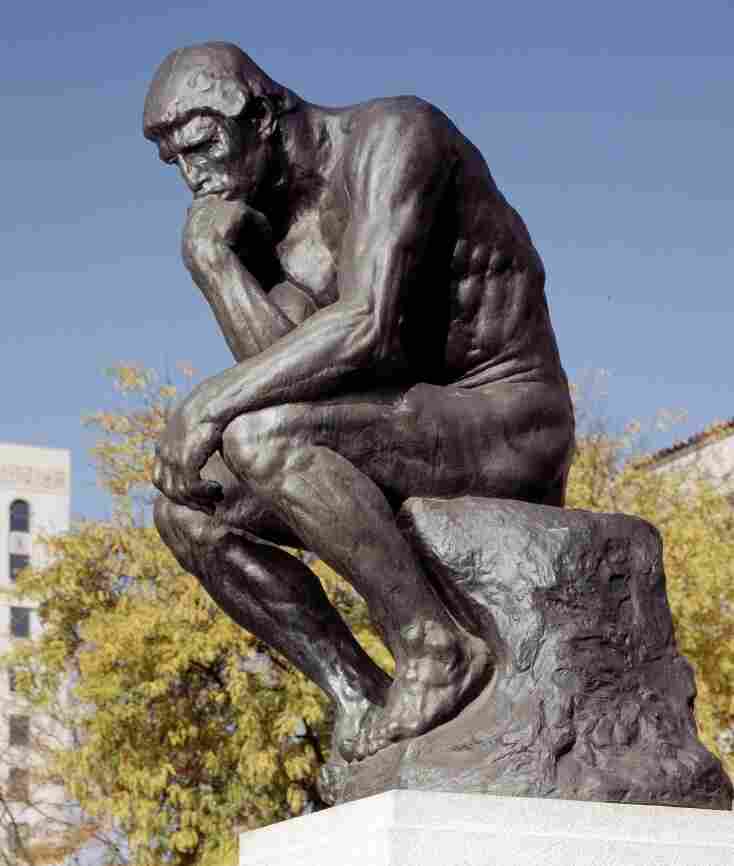 Auguste Rodin's The Thinker, shown outside the Detroit Institute of Arts, depicts a man engaged in what Daniel Kahneman might describe as System 2 — or slow, deliberative — thinking. 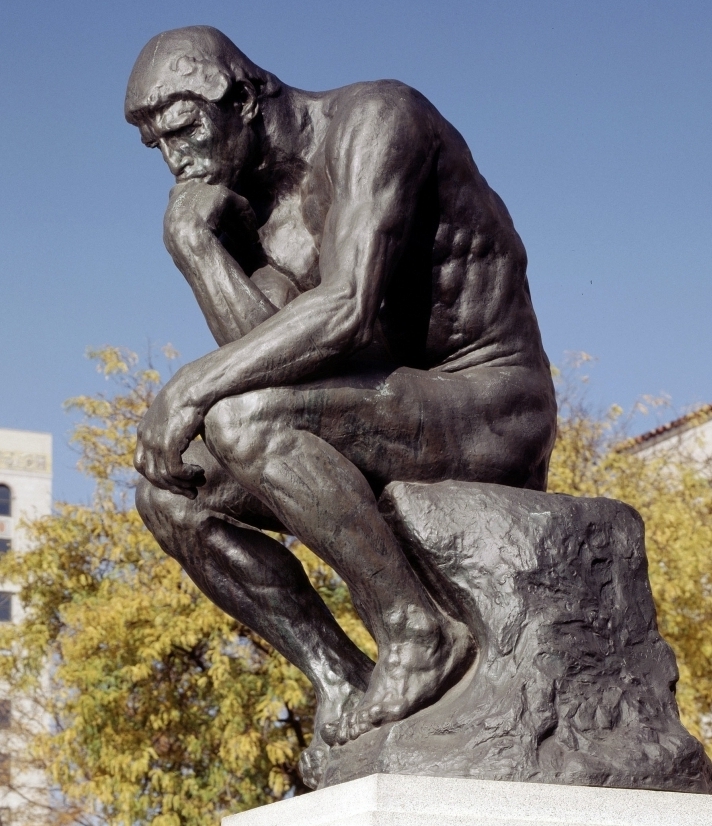 Auguste Rodin's The Thinker, shown outside the Detroit Institute of Arts, depicts a man engaged in what Daniel Kahneman might describe as System 2 — or slow, deliberative — thinking.

In 2002, Daniel Kahneman won a Nobel Prize in economics — but he isn't an economist.

Kahneman's field is the psychology of decision-making, and that's the topic of his new book, Thinking, Fast and Slow.

Kahneman tells NPR's Robert Siegel about the two systems that make up what he calls "the machinery of the mind:" System 1 — or fast — and System 2 — or slow — thinking.

Kahneman says one of his favorite examples of System 1 thinking is what happens when you hear an upper-class British voice say, "I have large tattoos all down my back."

"People who speak with an upper-class British accent don't have large tattoos down their back," Kahneman says. "So the brain brings to bear all the world knowledge that's involved, and registers that there is an incongruity here within three- or four-tenths of a second."

It's the same response you'd get if you heard a male voice say, "I believe I am pregnant."

"Those are instances of very fast thinking," Kahneman says. "It's the same process of recognizing things and distinguishing the familiar from the unfamiliar. You're coming up with solutions that have worked in the past, that's what's called expert intuition. All these are examples of fast System 1 thinking." 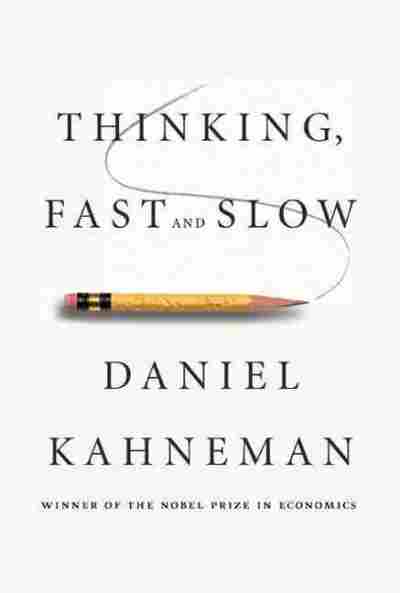 System 2, on the other hand, has to do with orderly computations, rules and reasoning. So if you're asked to multiply 17 by 24 in your head, that's when System 2 takes over.

"Also, we attribute to System 2 the function of monitoring thoughts and monitoring your actions, monitoring what you say," Kahneman says. "Obviously, we don't say everything that comes to mind so there must be a function that inhibits things, and that is System 2."

According to Kahneman, our System 2 thinking is easy to access because it's deliberate, but System 1 is another story.

Kahneman's System 1 and System 2 make for helpful guidelines, but he's quick to note that they don't actually exist; they're just a language that was invented to make it easy to talk about how we think.

How We Aren't Made For Making Decisions

In his decades of research, Kahneman has found a type of thought that's proved to be particularly incompatible with the way we think: decision-making.

"We have a very narrow view of what is going on," he says. "We don't see very far in the future, we are very focused on one idea at a time, one problem at a time, and all these are incompatible with rationality as economic theory assumes it." 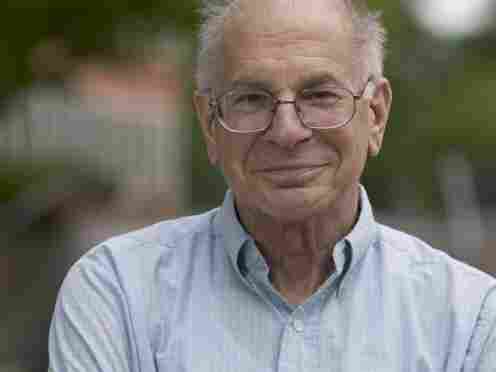 Daniel Kahneman was awarded a Nobel Prize in economics in 2002. His books include Choices, Values, and Frames, and Well-Being. 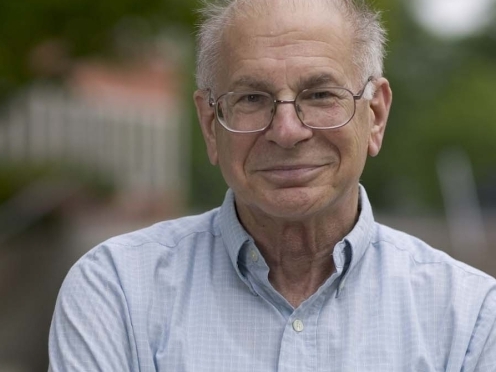 Daniel Kahneman was awarded a Nobel Prize in economics in 2002. His books include Choices, Values, and Frames, and Well-Being.

Take for example the study out of the National Academy of Sciences, which found that Israeli parole judges — known for turning down parole applications — were more likely to award parole in cases they heard immediately after taking a meal break.

"Presumably they are hungry, but certainly they are tired, they're depleted," Kahneman says of the judges' state when they are a few hours away from a meal. "When you're depleted, you tend to fall back on default actions, and the default action in that case is apparently to deny parole. So yes, people are strongly influenced by the level of glucose in the brain."

The implications of such a study are tremendous: If democratic society is based on people making decisions, what does it mean when all it takes to influence those decisions is a little bit of glucose?

"Clearly, the decision-making that we rely on in society is fallible," Kahneman says. "It's highly fallible, and we should know that."

We should know it because knowing gives us the ability to do something about it.

Read an excerpt of Thinking, Fast And Slow