Accessibility links
Movie Review - 'The Rum Diary' - Drinks, Drugs And Deadlines, In The Tropical Heat Based on a Hunter S. Thompson novel, this adventure follows a liquored-up New York journalist (Johnny Depp) during his time in Puerto Rico working for a local newspaper. 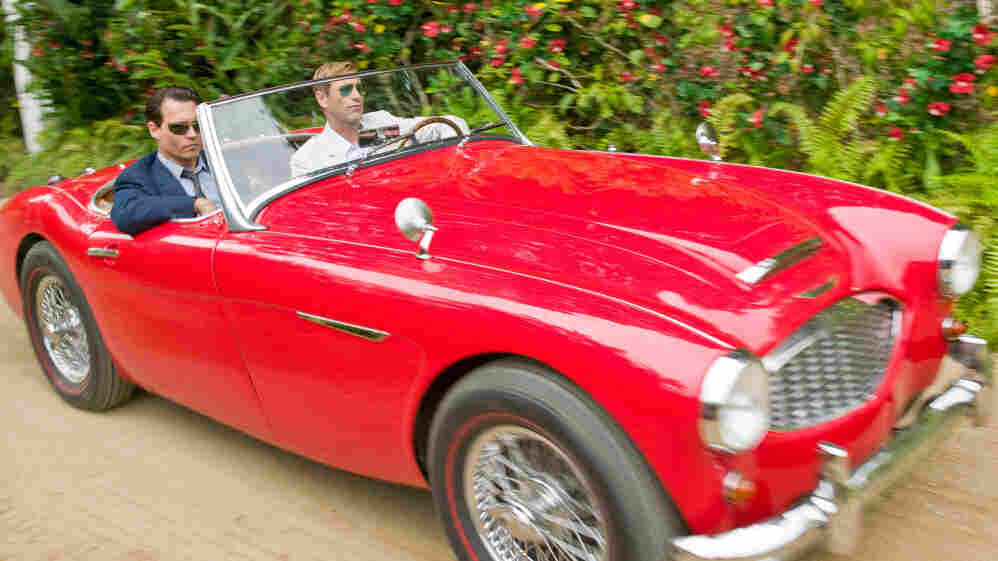 A Good Ride: Journalist Paul Kemp (Johnny Depp, left) is looking for more than a story in The Rum Diary, based on a semi-autobiographical story by Hunter S. Thompson.

Rated R; for language, brief drug use and sexuality

From 'The Rum Diary' - 'Contradictory Points Of View'

From 'The Rum Diary' - 'The Red Convertible'

'Trip Of The Tongue'

Noteworthy for what must be the least psychedelic acid-trip scene ever filmed, The Rum Diary struggles to seem both authentic and outrageous. The movie is Johnny Depp's latest tribute to his friend and inspiration, journalist Hunter S. Thompson, and should interest members of either man's cult. Everyone else will be wondering how "gonzo" could be so humdrum.

Depp has been boosting this property a long time. He discovered Thompson's 1961 novel, then unpublished, while hanging with the writer in preparation for playing him in 1998's Fear and Loathing in Las Vegas. The actor helped get the book a publisher, and more than a decade later persuaded retired writer-director Bruce Robinson to adapt it into this film.

Robinson made the alcohol-soaked Withnail & I, a 1987 cult film that — like Thompson's novel — is semi-autobiographical. He seems a logical choice to direct The Rum Diary, and he hasn't done a bad job. But Thompson's blend of self-indulgence and self-righteousness is hard to transfer from page to screen, and Depp's low-key Thompson impression is emblematic of a movie that too often underplays the absurdities that might enliven it.

Thompson's on-screen alter ego is Paul Kemp, who arrives in Puerto Rico from New York to take a job at a struggling English-language newspaper. He's stinking drunk before he ever meets his new boss, Lotterman (Richard Jenkins), and is soon living with a photographer (Michael Rispoli) whose passions are boozing and cockfighting. Their occasional third roommate (Giovanni Ribisi) is the tale's wildest caricature: a dissolute Hitler fan who trades in "470 proof" alcohol and a new drug so mind-blowing, he says, that the FBI is "giving it to Communists."

Initially, Kemp has no ambition and few principles. He identifies himself to Lotterman as a politically "in the middle," although there's nothing moderate about the comments he makes as he watches his future nemesis, Richard Nixon, debate JFK on TV.

Kemp soon finds himself moved to action by two things: the plight of the island's locals, who enter the beachfront enclaves of privileged whites only as servants; and flirtatious blond beauty Chenault (Amber Heard), who's generally as underdressed as her character is underdeveloped. 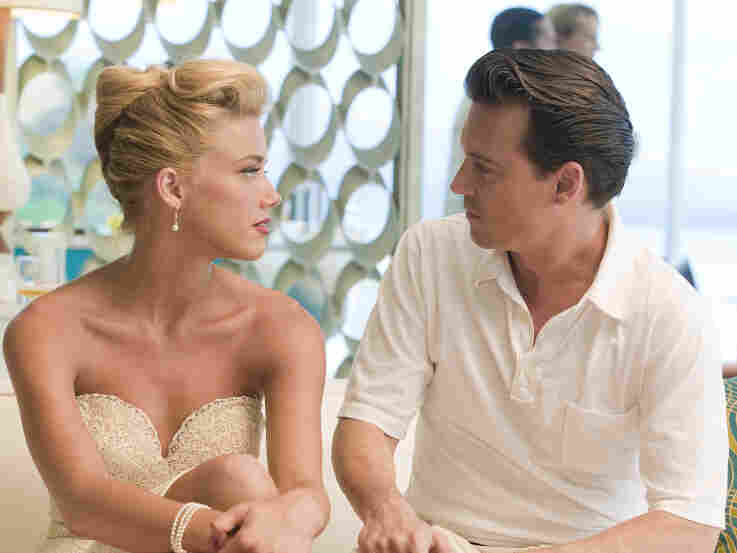 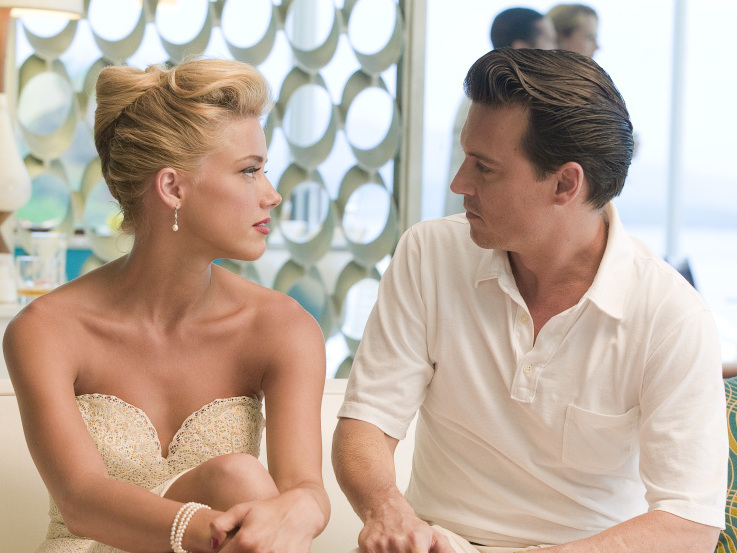 Chenault lives with smug hustler Sanderson (Aaron Eckhart), who extols the immense value of the island's resort-worthy (and tax-free) land. He recruits Kemp to join a team that plans to develop a nearby island that's pristine — except for the bombs lobbed at it during U.S. Navy target practice. Kemp signs on, it seems, mostly so he can see more of Chenault, with whom he's supposedly in love. Also, Sanderson loans him a little red Corvette.

Neither the real estate deal nor the newspaper gig last long. But a weirdly earnest final note, which doesn't distinguish between Kemp and Thompson, announces that the Puerto Rico sojourn was the beginning of a brilliant career.

Bad behavior doesn't necessarily lead to good writing, of course. But dramatizing the act of putting words on paper is a lost cause. So instead we hear Kemp's voice-over commentary on obese, racist American tourists, and watch him get so drunk that, desperate to rehydrate, he drinks from a goldfish bowl.

Kemp usually wears sunglasses, and so does the movie: This is a rare trip to the Caribbean during which the sun rarely dazzles. That's a nifty ironic touch, but also a metaphor for the movie's shortfall: The Rum Diary is too muted to convey the intensity that propelled Thompson past most of the other magazine feature writers of his boozy era.