Accessibility links
David Carr: The News Diet Of A Media Omnivore David Carr, who writes the Media Equation column for The New York Times, says that despite cuts, the future of journalism has never looked brighter. "I look at my backpack that is sitting here and it contains more journalistic firepower than the entire newsroom that I walked into 30-40 years ago," he says. 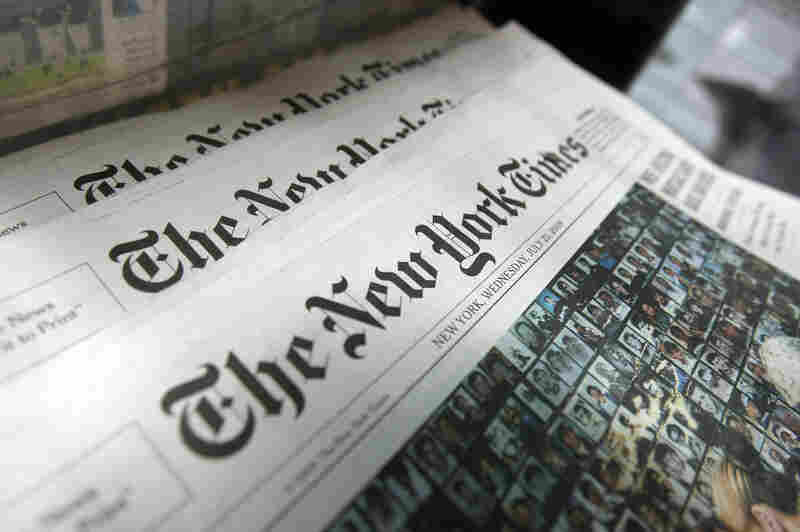 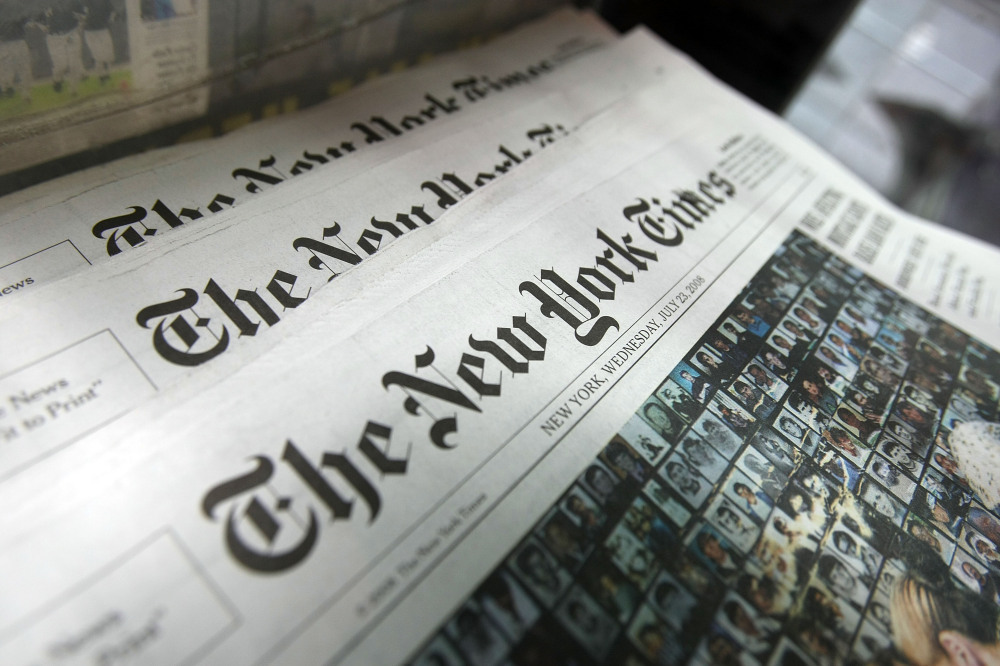 David Carr has a cold. On Sunday night, the media columnist for The New York Times tweeted to his more than 335,000 followers that he realized he probably had a variation of the common cold — because his drugstore was out of his favorite cold remedy.

"Sometimes you want to grab what is in the air, so to speak, and just put it out there," he says. "One time after [the Winter Olympics ended], I just said, 'I miss the Olympics.' That got re-tweeted almost more than anything I've ever written about ... it's just something that's in the air."

Carr joins Terry Gross on Fresh Air to discuss his Twitter usage, the future of newspapers, error correction, his own media consumption, religion and the accountability of social media. He says that he thinks of Twitter as a personalized "human-enabled RSS [feed]" that allows him to follow what his friends are reading and thinking about at any given moment.

"It serves to edit what's going on in the world, and it puts a human curation on this huge fire hose of data that's washing over us all," he says. "The question becomes where to look, and it's nice to have some other people pointing the way."

Initially, Carr says, he wasn't a Twitter fan. But now he tweets on average 8-10 times a day, and often re-tweets things of interest from the 600 or so accounts he regularly follows.

"As a reporter, it was an important listening tool, and that's how I first used it — less as a megaphone and more [as a listener]," he says. "But then I realized that back when I was an editor of a newspaper, I was a decent headline writer — and that links would carry a lot more information, and annotating those links would have significant value to the people who follow me." 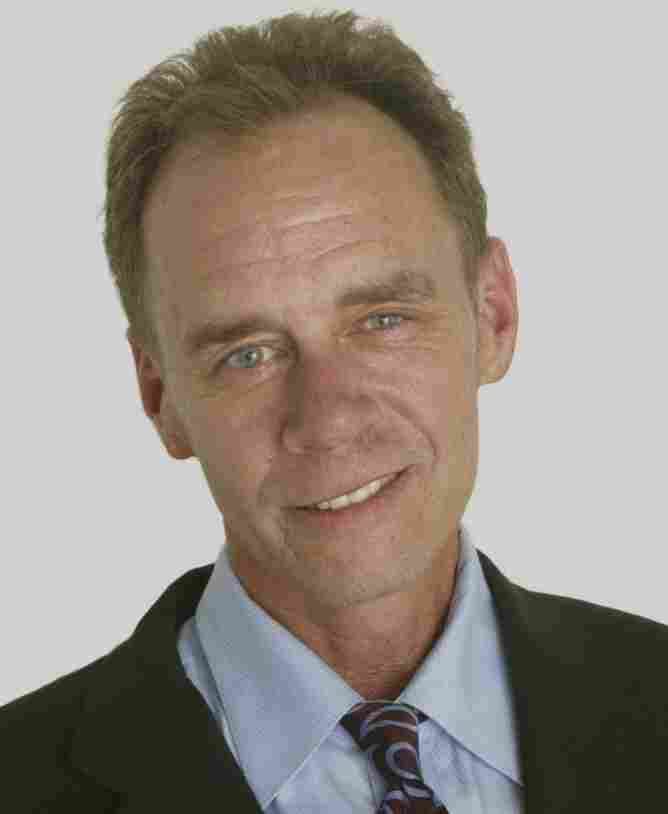 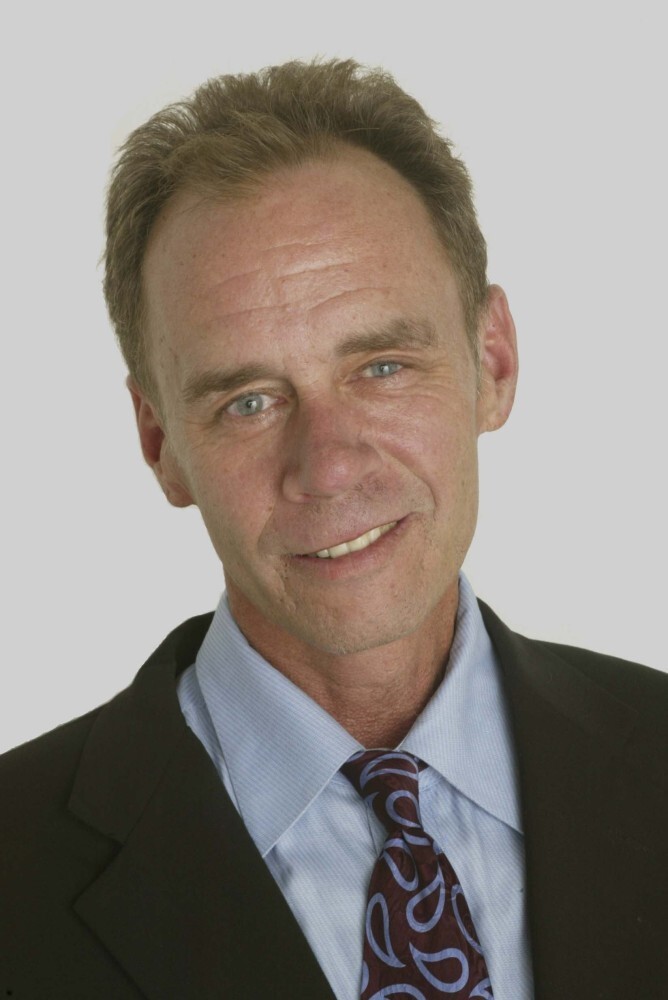 'What Do You Think Is Going On?'

Carr was one of four journalists recently profiled in Andrew Rossi's documentary Page One, which provides an extended look at the Times newsroom through its media desk. At the beginning of the film, Carr tells one of his sources that the story he's working on is likely to be big. "What do you think the story is that I should tell?" he asks.

Carr says that's a question that he rarely used to ask. But during the book tour for his memoir The Night of the Gun, he was interviewed by two types of people: those who told him what his story was about, and those who asked him simple, direct questions.

"Historically, I had been a reporter who was very fond of making speeches and very fond of telling people what their stories were about," he says. "[As journalists], we're people who just show up and declare ourselves instant experts on all manner of stories. And we often are only taking a very blunt-force guess about what's going on, and I think it always behooves us to ask the people, especially if you're aspiring to do something good, 'What do you think is going on? What do you think this is about?' "

Carr tells his sources that they shouldn't expect a fluff piece; he doesn't want anyone to be genuinely surprised by what they find in his stories.

"I don't want to sit up in the middle of the night and wonder whether I was unfair to the person — that I didn't communicate to them what is coming," he says. "I don't want anybody to open up one of my stories and have their nose broken by what they read — although I do have to say, at the beginning of the week, I wrote a really mean column, and I didn't tell anybody involved, so I guess that's not always true."

That piece — "Why Not Occupy Newsrooms?" — asked why there wasn't an Occupy movement in media, because some newspaper executives were guilty of "bonus excess despite miserable operations." Carr says he didn't call Gannett this time around because he had called them for a previous column on bonuses in June — and they didn't call him back.

"I spent four days [in June] trying to get comments on Gannett [executive] bonuses, and on Sunday night they said, 'We're not going to comment on these bonuses.' And I just said, 'Really? You're a newspaper company. You're a publicly held company. These bonuses are a matter of public record, and you have nothing to say about them?' And I just found that appalling, and I think some of that was reflected in the piece [this week]."

Carr checks his Twitter feed every morning and has The Wall Street Journal, The New York Post, The Star-Ledger and The New York Times delivered to his house. "The day before, all this stuff has gone whizzing past me, and I seem to know a lot, but I don't really know which part of it is important," he says. "I came to want that resting place ... There's both real-time news ... and a way to look back at what has happened."

My persistent concern is that I'll become so busy producing media that I won't consume enough of it.

All of that content can be overwhelming. Carr says his nightstand is filled with books he'd like to read, his iPad is filled with stories from his RSS feed, and he's constantly inundated with information wherever he goes.

"My persistent concern is that I'll become so busy producing media that I won't consume enough of it," he says. "So that what I produce becomes less and less rich over time."

He notes that his younger colleagues don't have this problem: They're able to both consume and produce media at the same time.

"I can remember when bin Laden was killed by U.S. forces, about the time I was [thinking], 'maybe we should do a blog post about this,' I opened up the media blog I work on, and Brian Stelter, my colleague, already had 700 words up there," he says. "It's like I'm working through jello and he's not. He's in a different sort of universe."

On the golden age of journalism

"We are entering a golden age of journalism. I do think there has been horrible frictional costs, but I think when we look back at what has happened, I look at my backpack that is sitting here, and it contains more journalistic firepower than the entire newsroom that I walked into 30 to 40 years ago. It's connected to the cloud, I can make digital recordings of everything that I do, I can check in real time if someone is telling me the truth, I have a still camera that takes video that I can upload quickly and seamlessly.

"I think that the ability to sit at your desk and check everything against history and narrative, it's part of how newspapers ended up becoming ... daily magazines. All the analytics are baked in because the reporters are able to check stuff as they go. ... Now the business model has not kept up with that.

"The movie Page One does a really good job of capturing a really scary time when fundamental questions of survival were being asked about The New York Times. Did I worry that somewhere in there, when I was doing a big job cut story, that I would type my own name? Yes, I did."

The web is kind of a self-cleaning oven and what you have up there can grow more accurate as time goes by. That's never true of print. It's always there for the ages.

On how he tells sources that he's writing a serious piece

"I say, 'This is going to be a really serious story, and I'm asking very serious questions, and it behooves you to think it through and really work on answering and defending yourself, because this is not a friendly story.' And if they don't engage, I just tell them, 'Well, you better put the nut-cup on, because this isn't going to be pleasant for anybody.' "

"After I started [at the Times], I quickly ended up on page two ... the Corrections. They're not buried to us; that is a hall of shame ... it's a page you want to totally stay off of ... It doesn't matter where the error occurs — it always follows you around.

"Part of the deal of working at The New York Times is that your readers, a portion of whom are church ladies and copy ninnies and fact freaks, they wait like crows on a wire for you to make the slightest error and then descend, caw, caw, caw-ing, every time you screw up. It still is something that wakes me up at night.

"... At least on the Web, you can amend. The ethic of the Web is to say what you know as quickly as you can, and then reiterate over and over again. The Web is kind of a self-cleaning oven, and what you have up there can grow more accurate as time goes by. That's never true of print. It's always there for the ages."

"I'm a churchgoing Catholic, and I do that as a matter of, it's good to stand with my family. It's good that I didn't have to come up with my own creation myth for my children. It's a wonderful community. It's not really where I find God. The accommodation I've reached is a very jury-rigged one, which is: All along the way, in [substance abuse] recovery, I've been helped ... by all of these strangers who get in a room and do a form of group-talk therapy and live by certain rules in their life — and one of the rules is that you help everyone who needs help. And I think to myself: Well, that seems remarkable. Not only is that not a general human impulse, but it's not an impulse of mine. And yet, I found myself doing that over and over again. Am I, underneath all things, just a really wonderful, giving person? Or is there a force greater than myself that is leading me to act in ways that are altruistic and not self-interested and lead to the greater good? That's sort of as far as I've gotten."