Accessibility links
Iran's Largest Banks Swindled Out Of $2.6 Billion Several of Iran's largest banks have been swindled out of an estimated $2.6 billion. The scandal has sparked a widening investigation with more than 30 arrests so far. Some question if advisers close to President Mahmoud Ahmadinejad are involved. 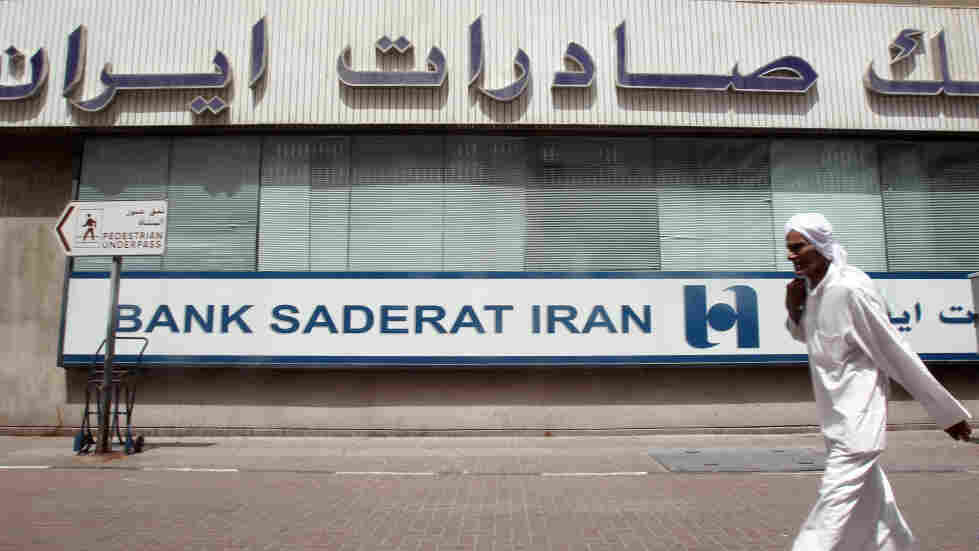 A man walks past a branch of Iran's Bank Saderat in Dubai, in the United Arab Emirates. An estimated $2.6 billion has been stolen from Bank Saderat and other leading Iranian banks, causing a growing scandal.

A bank fraud scandal of unprecedented proportions is shaking domestic politics in Iran.

Several of Iran's largest banks have been swindled out of an estimated $2.6 billion. The scandal has sparked a widening investigation with more than 30 arrests so far. It has also led to charges that some of President Mahmoud Ahmadinejad's closest advisers were involved.

On its face, it appears it was easy for some of Iran's most important bankers to steal so much money.

All they did was secure falsified letters of credit from several key banks, and money started flowing into the accounts of an investment firm and out of Iran, says Muhammad Sahimi, a writer for the website Tehran Bureau.

The hard-liners around Ayatollah Khamenei have been trying to link this to [President] Ahmadinejad's group.

"Bank Melli and Bank Saderat, which are two important banks in Iran, were used to open huge lines of credit without presenting any assets to, you know, back up those line of credits," Sahimi says. "And these line of credits were played against each other to get in some sort of Ponzi scheme."

Apparently the scheme had been operating for several years, but it was discovered just last month, prompting the managing director of Bank Melli to flee to Canada, where he owns an opulent home.

In Iran, the widening scandal has taken on political dimensions, says Sahimi. It is now coloring the struggle for political pre-eminence between President Ahmadinejad and Iran's Supreme Leader, Ayatollah Ali Khamenei.

"The hard-liners around Ayatollah Khamenei have been trying to link this to Ahmadinejad's group," Sahimi says.

The link, according to the Khamenei camp, is the president's chief adviser, Rahim Mashaei, who has often been the lightning rod for criticism from conservative hard-liners, according to Abbas Milani of Stanford University.

"The argument is that he is somehow responsible and that the president's office is responsible, although no one has yet accused Ahmadinejad," Milani says.

This is not the first time that Ahmadinejad and his inner circle have been accused of corruption. Earlier in his term as president, several billion dollars of oil revenues disappeared. 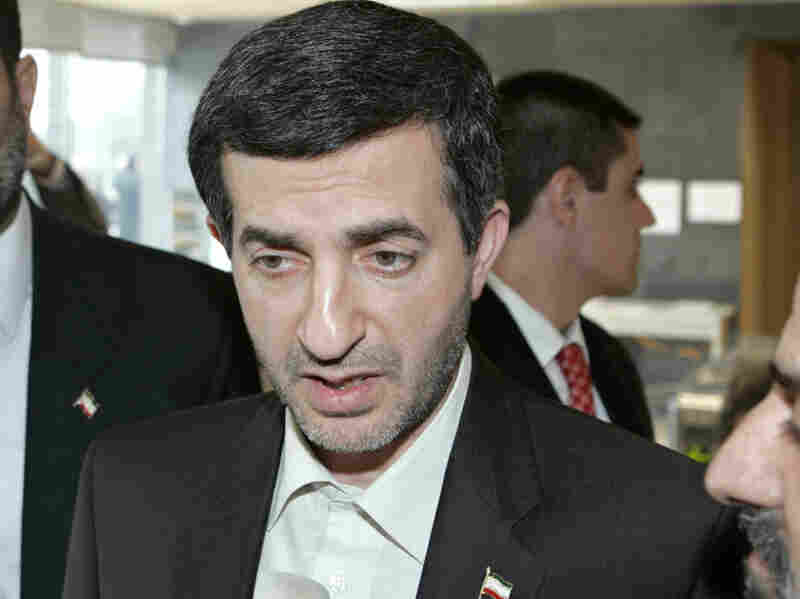 The banking scandal has political implications in Iran, and the president's top adviser, Rahim Mashaei, has come under criticism. He's shown here in 2007. 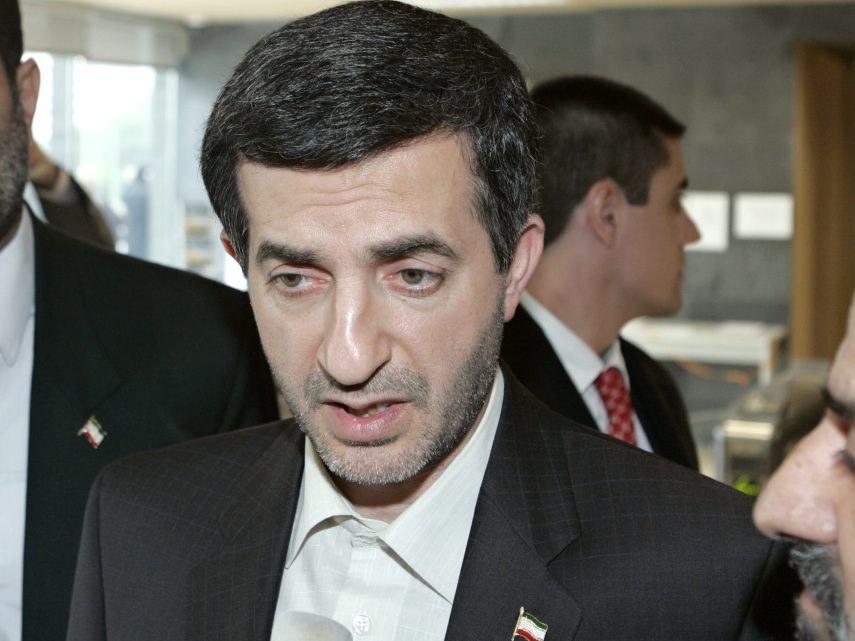 The banking scandal has political implications in Iran, and the president's top adviser, Rahim Mashaei, has come under criticism. He's shown here in 2007.

Though little evidence exists to back up any allegations against Ahmadinejad, Sahimi argues there is some basis for these suspicions, including next March's parliamentary election.

"What is most important, and they don't talk about, is the fact that these are Ahmadinejad supporters that have amassed a lot of resources," Sahimi says. He adds that critics feel that money could be used to "buy their votes and their loyalty for the election. That's the real issue here."

It's not just the hard-line conservative camp that believes Ahmadinejad has his eye on extending his political power beyond 2013, when his second and final term ends. Some argue that Ahmadinejad would like to see his supporters take control of the parliament, then engineer victory for his handpicked successor in 2013.

Ahmadinejad underscored his own role as president when he was asked about his accomplishments at a recent press conference in New York.

At the same time, Ahmadinejad has hinted he would like to see relations improve with the United States, which he certainly would benefit from, says Nader Hashemi, an Iran analyst at the University of Denver.

"He made a number of statements that suggested that he wanted to resolve tensions with the United States," Hashemi says. "Doing so in the context of Iranian politics would be an extremely popular move, and would sort of increase his support going toward a parliamentary election next year."

So the claim that Ahmadinejad and his supporters may be accumulating a multibillion-dollar slush fund — stemming in part from the recent fraud — is not beyond the realm of the possible. That prospect has clearly got Ayatollah Khamenei and his camp worried, says Abbas Milani.

"He is not sure about how much of an arsenal Ahmadinejad might have," Milani says. "There is increasing talk about impeachment. There is talk of doing away with the whole office of the presidency, replacing it with the prime minister, who would be elected by the parliament and dismissed by the parliament, essentially making Khamenei the unrivaled head of state."

Just a few days ago, Khamenei himself suggested in public that Iran might not retain the presidential system forever.

It's not clear just how serious the impeachment effort is yet, but it's safe to say, the divisions in Iran's government just keep getting deeper and deeper.