Accessibility links
The Global Coal Trade's Complex Calculation Increasing U.S. coal exports to China doesn't necessarily mean global emissions will rise. As demand abroad drives up coal prices at home, it could prompt U.S. utilities to switch to cheaper and more environmentally friendly natural gas. And that might alter the politics of climate change in the U.S., an expert says. 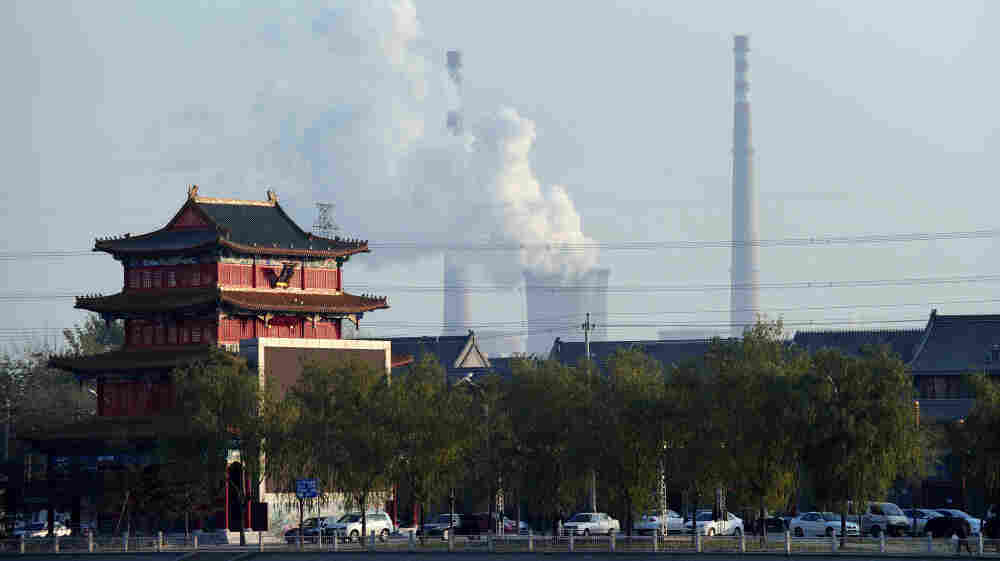 To feed China's insatiable demand for coal, U.S. companies are trying to sell and ship the lucrative commodity to the Asian market from new West Coast ports. Above, the cooling towers of a coal-fired power plant are seen on the outskirts of Beijing.

This is the second of two reports on plans to export U.S. coal to China.

Coal producers in Wyoming and Montana are hoping new export terminals will be built in Washington state so they can ramp up their sales to China. Activists are trying to stop those ports, in part because they're concerned about global warming. But a thriving export market could also drive up the price of coal here in the United States, and that has climate implications as well.

Energy economics can sometimes be like a hall of mirrors, where what you see is not actually what you get. Let's start this story from the top. 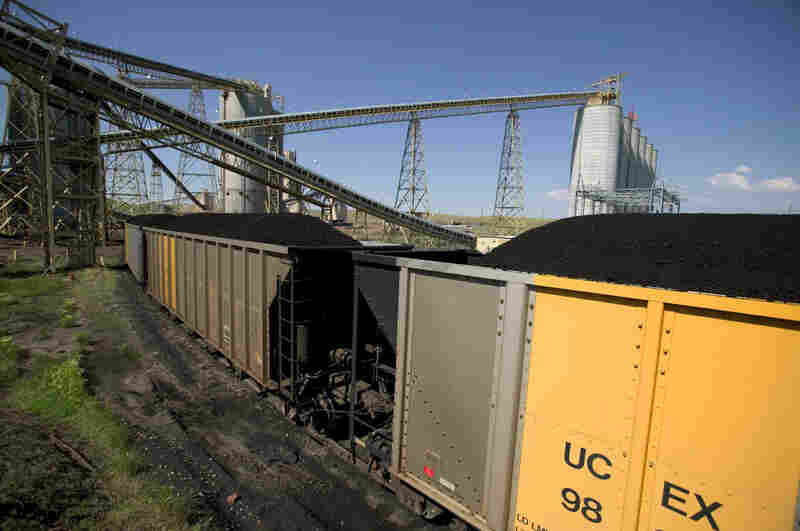 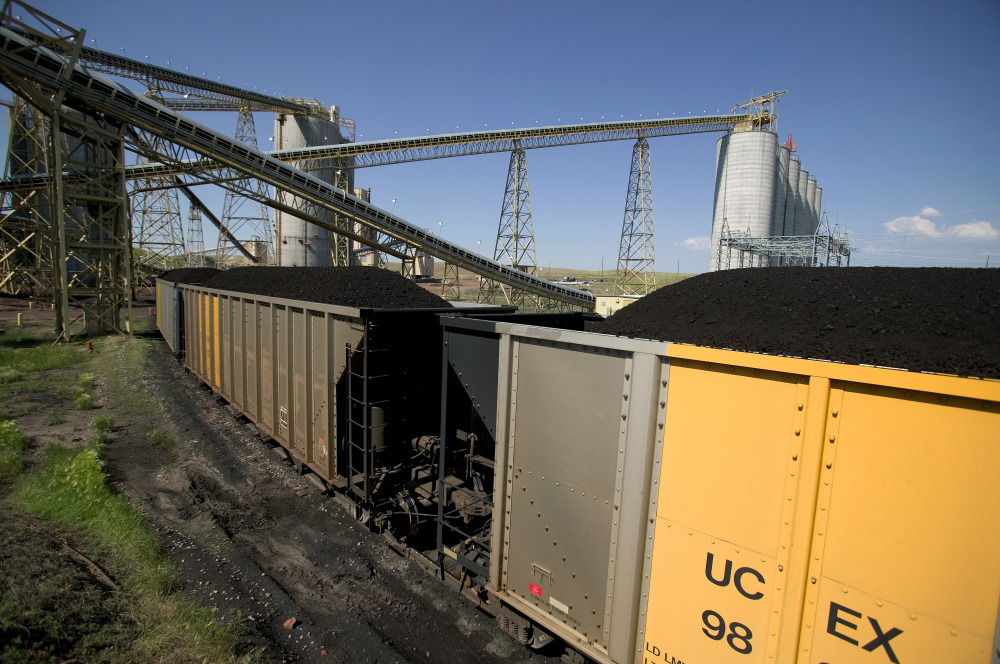 Developers want to build a huge coal export terminal in Bellingham, Wash., and another one in Longview, on the south side of the state. K.C. Golden, at the nonprofit group Climate Solutions in Seattle, says this is a terrible idea for a state that is phasing out its lone coal-burning plant as it strives to become a leader in clean energy.

"Now, to become the conveyor belt and launching pad for a huge expansion of global carbon commerce would be exactly the opposite of the future we envision, the kind of economic strategy that we're doubling down on in the Northwest," he says.

Contrast that to what's happening in China, where they're still building new coal plants like crazy. Golden says coal exports would feed that beast.

"Our fear is that if there is an unlimited supply from around the world to fuel these new coal plants in Asia, that will act as a big green thumbs-up for them to build a whole new fleet of coal plants, and we'll essentially be locked into catastrophic climate change."

But U.S. coal exports to China would not be a game-changer. China's current appetite for coal is so massive that even if the two proposed U.S. terminals ended up exporting at full capacity — that is, 100 million tons a year, or 10 percent of current production levels — that would only satisfy 3 percent of China's appetite.

If the U.S. enters the global market in a bigger way in the future, the price of coal in the international market will increasingly affect our prices at home.

And here's where the first turn in the hall of mirrors comes. Bill Watson from the U.S. government's Energy Information Administration (EIA) says that right now, coal from Wyoming and Montana is mostly sold at a low price, since those are land-locked resources that can't reach the lucrative world market.

"But if the U.S. enters the global market in a bigger way in the future, the price of coal in the international market will increasingly affect our prices at home," Watson says.

The logic goes like this: If coal companies can sell coal for, say, $100 a ton on the world market, they will be less inclined to keep selling it for $20 a ton at home.

"Now, that's bad news if you're a consumer in Texas who buys electricity generated with Wyoming coal," says Trevor Houser, an energy analyst at the Rhodium Group in New York. "But it could potentially be good news for U.S. emissions, as an increase in coal prices domestically switches coal plants over to natural gas."

And when utilities switch to cheaper natural gas, they'll also emit less carbon dioxide, because natural gas is much better than coal in that regard.

In Northwest Town, A Local Fight Against Global Coal

So welcome to the central room in the hall of mirrors. Houser says if coal exports hasten our switch to natural gas, he figures that would essentially make up for any added fumes from American coal being burned in China. So he says it's a wash.

"I think what's more important is what it does to the politics of climate change in the U.S.," Houser says.

His window on politics is as a climate adviser to the Obama administration's State Department. He argues that coal companies might be more receptive to limits on U.S. emissions of carbon dioxide if they can sell less coal for more money overseas.

And there's one final illusion in this house of mirrors. Watson from the EIA notes that the world price for coal fluctuates widely, and right now, "the prices are relatively high. China has bid them up, and that's why producers are willing to enter the market. But it's going to attract other producers in other parts of the world also."

In particular, if Mongolia beefs up its railways, it can cheaply transport coal to China. China can then stop paying top dollar for coal that is currently shipped in from Australia, Indonesia and the United States. So the bottom could fall out of the U.S. export market faster than the companies can build the shipping terminals in Washington state.

"One of those that did bite in that cycle was the port of Portland," Macfarlane says. "They locked up a very valuable piece of property for over 10 years — planned, built a facility. Not a single lump of coal was ever shipped."

If that happens again, we're right back to where we started.