Accessibility links
Workplaces Feel The Impact of Obesity From cubicle farms to auto factories, accommodating larger and heavier employees has become a fact of life. One in three U.S. adults is obese, and researchers say the impact on business can be boiled down to a number: $1,000 to $6,000 in added cost per year for each obese employee. 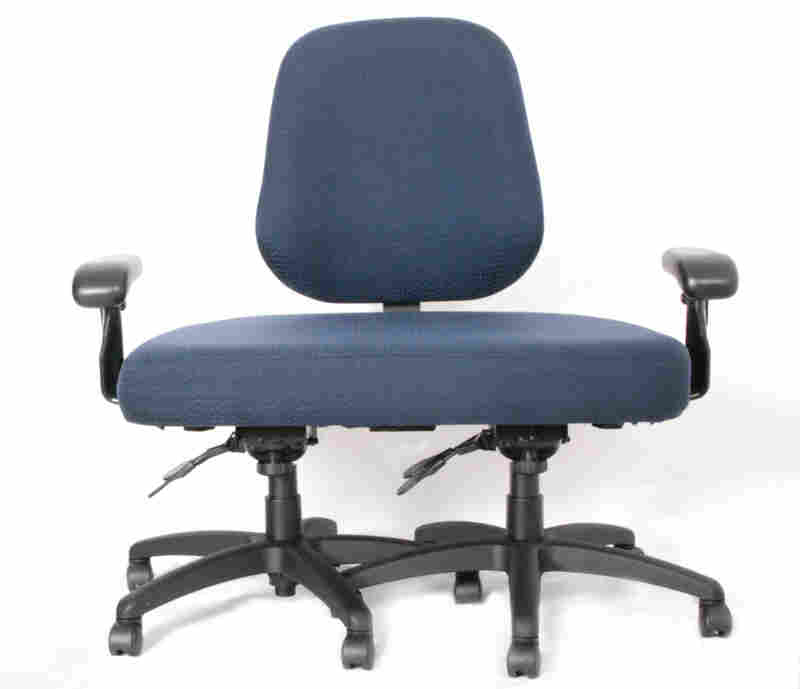 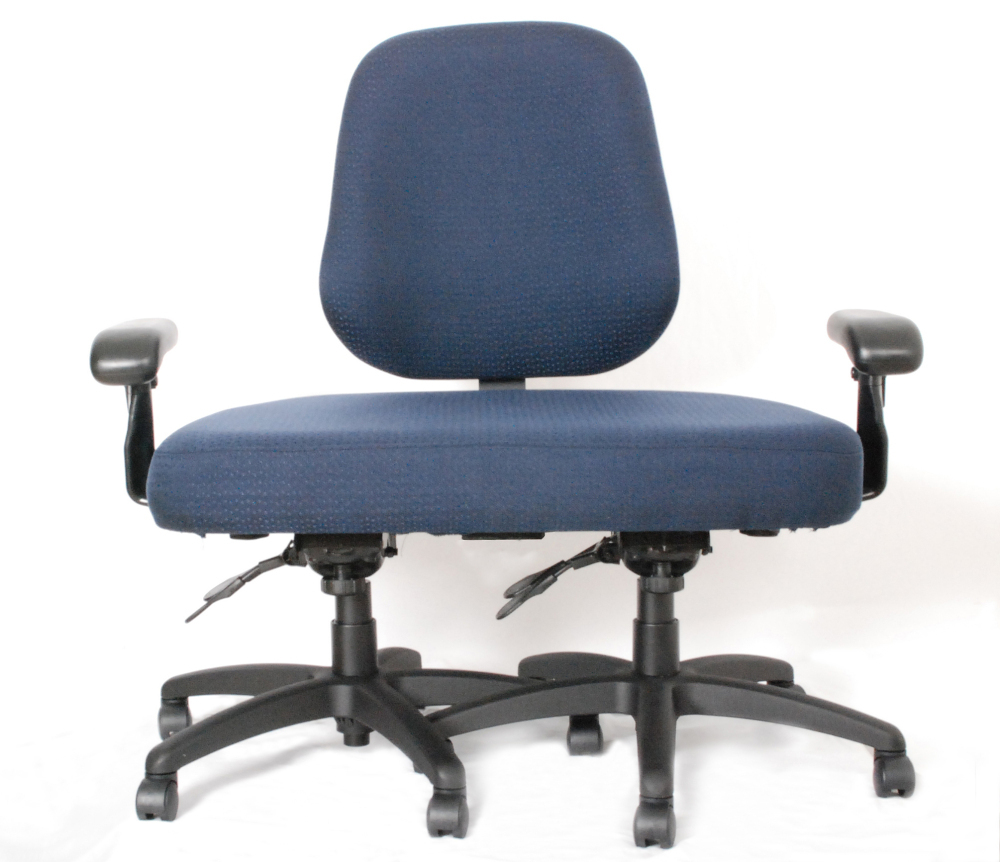 From cubicle farms to auto factories, accommodating larger and heavier employees has become a fact of life. One in three U.S. adults is obese, and researchers say the impact on business can be boiled down to a number: $1,000 to $6,000 in added cost per year for each obese employee, the figure rising along with a worker's body mass index.

Studies estimate the total cost of obesity to U.S. employers — including lost productivity — at $73 billion a year. But that figure doesn't include some of the smaller ways the workplace is adapting.

In the middle of a sprawling tech trade show in Washington, D.C., tucked down an aisle, is a display of Big and Tall office chairs.

"You can see the large seat pan," says Pete Gaffney of Ergogenesis, known for its line of Bodybilt chairs.

Gaffney says the chair supports up to 500 pounds, but "if someone were to weigh 430 pounds, they'd be too large for that seat pan. So we had to move to a Bariatric seat, a very wide seat."

That chair came on the market two years ago. It's priced at $1,300 or more and is able to hold up to 600 pounds. To even Gaffney's surprise, it's selling; in his region alone he gets two to three requests a month.

"A certain government agency in town actually purchased 645 of these chairs, for [use] nationwide," he says. "Tremendous amount of demand."

Chairs are only the most obvious change. Managers tell NPR about having to buy company pickup trucks, even though compact cars would suit the job; about installing sturdier toilets when wall-mounted ones collapse; and even remodeling to expand the space between a front desk and the wall.

All of this costs extra, although it's nothing compared with obesity's impact on health care.

"High blood pressure, diabetes, cholesterol issues," says Steve Morgenstern, who manages health and welfare plans for the Dow Chemical Co., based in Michigan. "Arthritis, knee replacements, hip replacements. Many things can come from obesity, so absolutely that impacts our trend."

Studies estimate that nearly 10 percent of U.S. corporate health care costs are due to obesity and its complications. For a large company like Dow, that means tens of millions of dollars a year. On top of that is lost productivity, not just from doctor's appointments and sick days but also, research suggests, because obese workers are simply less efficient on the job.

"What are you going to do, cut them out of the workforce? Of course not," says Michael Berman, a lobbyist and longtime political player in Washington, D.C., who has chronicled his own struggles with obesity.

Berman admits his weight — close to 335 pounds at its peak — has taken a toll on his body. He has two replaced knees, figures he'll soon have to replace a hip, and is facing end-stage renal failure. No doubt, he could not have been a policeman or fireman, he says. But "for most jobs, it would make no difference in the work that I do whether I weighed 100 pounds or 250, as I weigh today."

What are you going to do, cut them out of the workforce? Of course not.

With so many Americans now obese, Berman believes employers "will make adjustments to the extent that they have a skill which is necessary, useful and in demand."

In many ways, employers are already doing that. But "we will all benefit from solving this problem," says Avi Dor, of George Washington University, who has researched the cost of obesity not just for business but also for obese employees.

Even as they've slashed other benefits in the recession, large companies, at least, have kept their gym subsidies and wellness programs, and others are adding them. Dor says companies see promoting wellness as a financial imperative.

"They recognize that there's so many potentially highly productive workers who happen to be obese — highly skilled workers in some cases — that they really want to tackle this problem head-on," he says.

Still, it's a delicate issue, one many managers say they try not to bring up.

At the Big and Tall chair display, Gaffney says managers do no favors by ignoring the issue. When obese people squeeze into regular chairs, he says, it can lead to impaired circulation, sciatica and hip displacement. He knows it's awkward, but Gaffney has perfected the sensitive sales pitch.

"I'll kid around with the ladies sometimes," he says. "They'll say, 'Well, that's too big for me! It's too wide!' I'll say 'Look, when you go home everybody likes to get into a nice pair of comfortable jeans. Just consider the few extra inches as a nice comfortable pair of jeans. You'll thank me.' "