Accessibility links
More Corporations Shed Light On Political Spending In the wake of the Citizens United ruling, Congress failed to pass a disclosure law. As it turns out, corporations weren't necessarily happy about the secrecy either. A new index shows most of the country's biggest companies have formal policies and board oversight. 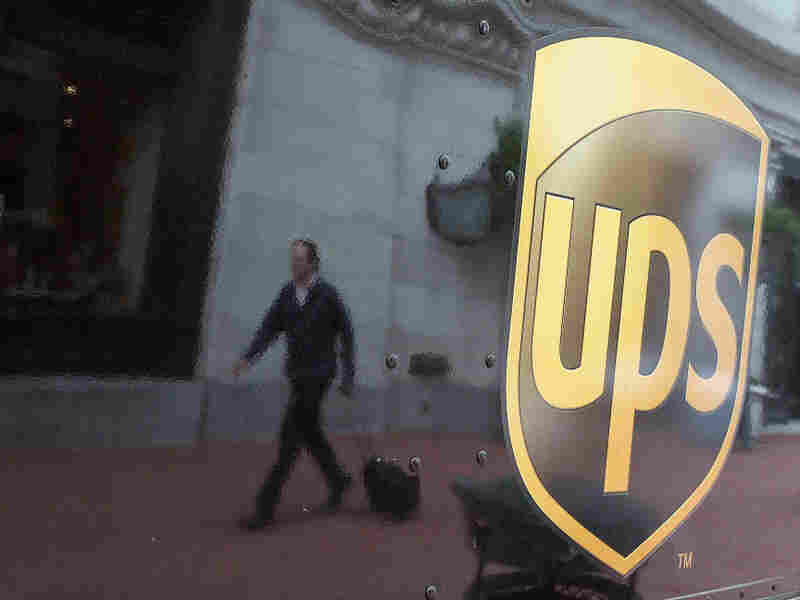 UPS was among the top scorers in a new index ranking companies on political transparency and accountability. 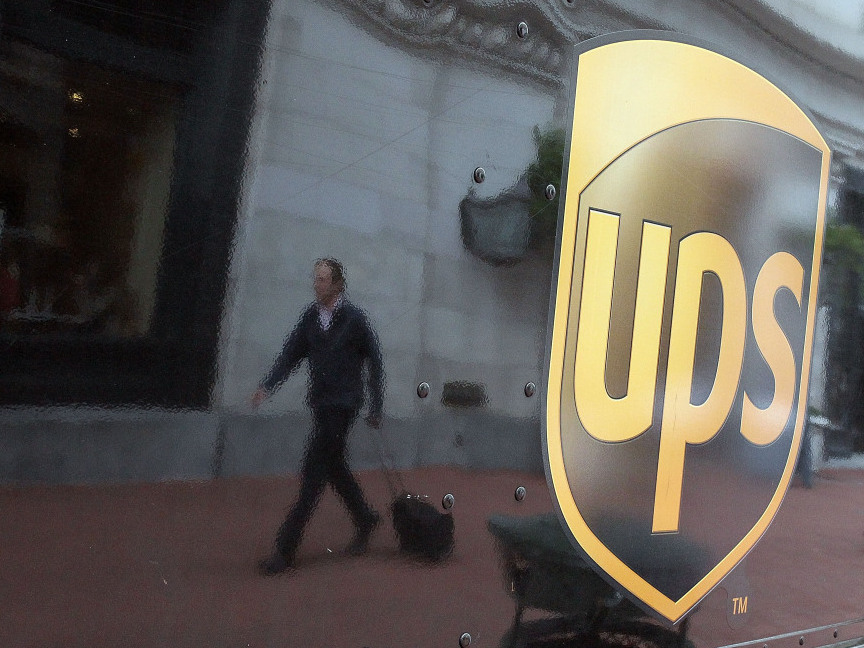 UPS was among the top scorers in a new index ranking companies on political transparency and accountability.

For the first time, 100 of America's biggest corporations are being rated on the transparency of their political activities.

On Friday, the Wharton School at the University of Pennsylvania and the nonpartisan Center for Political Accountability will release an index that ranks the S&P 100 companies. The rankings come as politicians employ new loopholes — and the Supreme Court's Citizens United decision — to solicit secret, million-dollar contributions from corporate donors.

Much of that money is thought to go to groups that don't have to disclose their donors — trade associations like the U.S. Chamber of Commerce, and 501(c)(4) organizations like the pro-Republican Crossroads GPS and newer pro-Democratic groups trying to get off the ground.

This doesn't jibe with what the Supreme Court thought would happen.

Companies are under tremendous pressure today on political spending. Disclosure and board oversight really are a way for companies to manage that risk.

Justice Anthony Kennedy, who delivered the ruling on Citizens United, talked about the importance of disclosure: "The resulting transparency enables the electorate to make informed decisions, and give proper weight to different speakers and different messages."

But in the wake of the Supreme Court ruling, Congress failed to pass a disclosure law — so corporate shareholders and the public were left in the dark.

As it turns out, corporations weren't necessarily happy about the secrecy either. The new index shows that most S&P 100 companies now have formal policies to handle fundraising solicitations and to disclose what they spend.

"Companies are under tremendous pressure today on political spending. Disclosure and board oversight really are a way for companies to manage that risk," says Bruce Freed, the head of the Center for Political Accountability.

The index assesses companies for political transparency and accountability, based on a set of key indicators.

Leading the index with scores of 100 points each are: Colgate-Palmolive Co., Exelon Corp., IBM and Merck. Other companies scoring in the top tier:

Thirty companies rank in the bottom tier, with scores below 25. Of those, the following 14 scored a zero:

Source: Center for Political Accountability, Zicklin Center for Business Ethics Research, The Wharton School of the University of Pennsylvania

Tied for last place are 14 companies, which all get a zero. Among them are Amazon, Wal-Mart, Disney and Warren Buffett's Berkshire Hathaway.

Dan Bross, a senior director of corporate citizenship at Microsoft — No. 19 on the index — says many companies learned a lesson from Target in 2010. The chain store hurt its progressive, multicultural image by supporting a state candidate who opposed marriage equality.

"I believe that if companies have developed a set of principles and then policies to support those principles, problems or situations like Target found themselves in could be easily avoided," he says.

Bross has helped to write political money guidelines for corporations in a project by the Conference Board, an organization best known for its economic data.

Last week, the Conference Board held a symposium in New York — a chance for corporate executives to talk about what their companies have done.

Bruce Wilson, a senior vice president with Exelon, said that allowing people "to look behind the curtain to see what's going on, whether they're a consumer or an investor, we think is generally a good thing."

Now, this still isn't nirvana for disclosure advocates: Corporations make their own decisions about what they will or won't disclose, and they post new data only once or twice a year.

The conservative argument against disclosure rests on a Supreme Court case from the 1950s, in which Alabama officials wanted to shut down the NAACP by exposing its members and organizers.

Passantino admitted it's not a great analogy, suggesting that corporations that supply politicians with seven-figure checks are like civil rights workers who were beaten or killed in the old Jim Crow South.