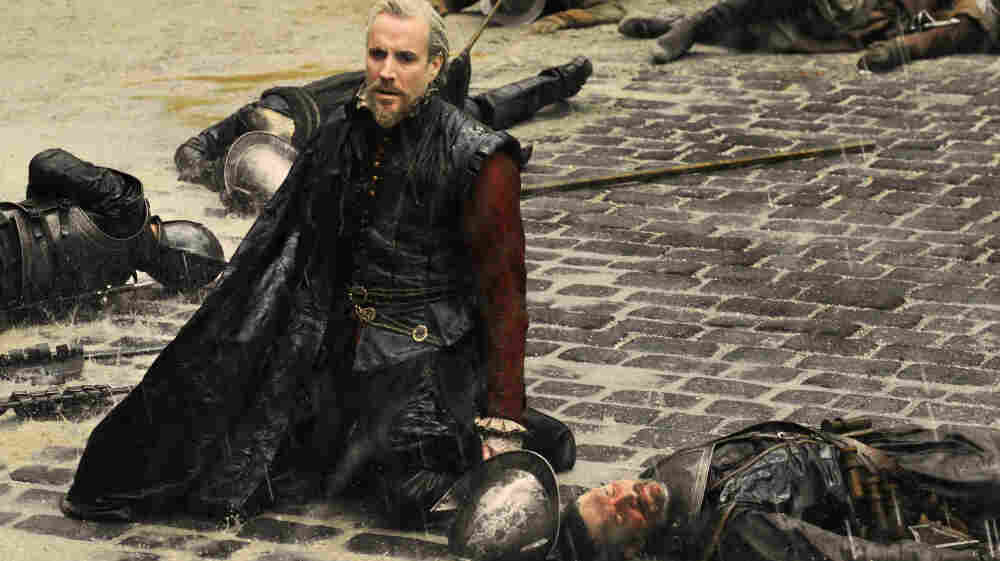 Rhys Ifans plays the Elizabethan aristocrat Edward de Vere in Roland Emmerich's Anonymous. The movie speculates that de Vere, not Shakespeare, was the real author of the bard's works.

Rated PG-13; for some violence and some sexuality content

Two new films show how tough it is to do justice to good writers on-screen. Johnny Depp certainly means to do right by his pal Hunter S. Thompson in The Rum Diary. He played Thompson in Terry Gilliam's rollicking but not especially watchable Fear and Loathing in Las Vegas, and narrated a documentary about him.

I understand his commitment. All my life I've hoped a filmmaker could capture the joy of Thompson in that short but so sweet era when his prose was as exhilarating as rock 'n' roll and a damn sight funnier, before drugs and booze made it hard for him to string together two sentences. I hoped this would be the great Thompson film — and kept hoping as it staggered along, failing to engage me on even the most basic level. 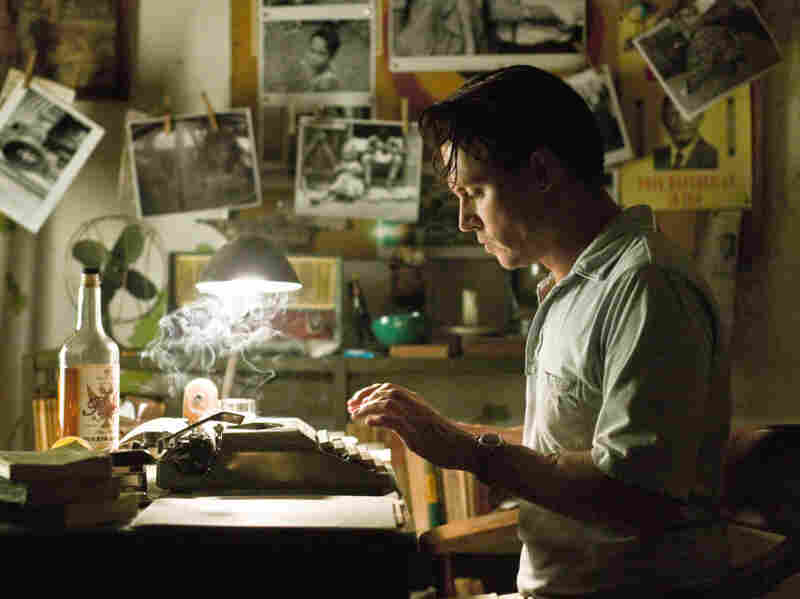 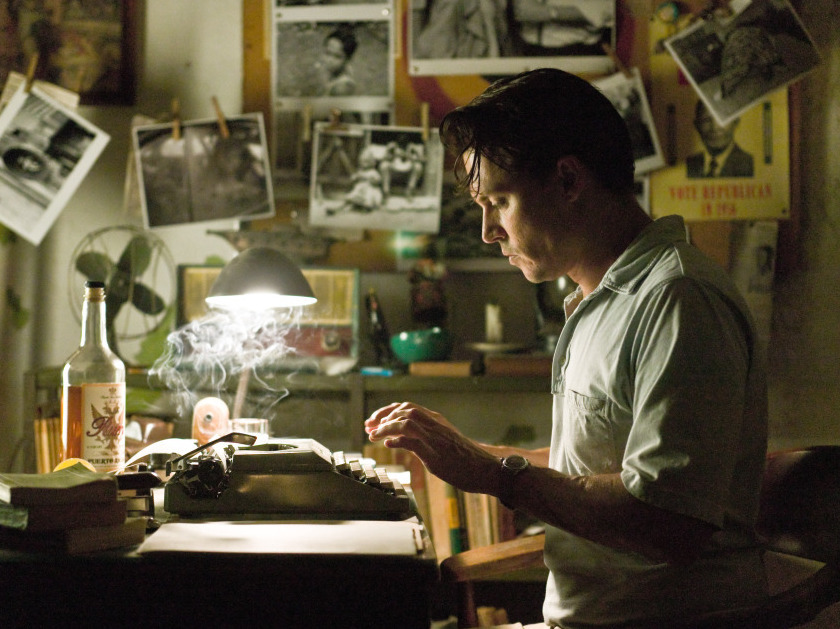 Rated R; for language, brief drug use and sexuality

It's based on a novel Thompson started in 1959 but didn't publish until 1998 about a failed writer hired to work at a Puerto Rican English-language newspaper — around the time Cuba is falling to Castro and developers have their sights on other rum-soaked Caribbean islands with beachfront property.

Depp's Paul Kemp wakes up on his first day in San Juan with a vicious hangover, stumbles past a violent picket line into a newspaper run by Richard Jenkins with a garish toupee, and attracts the interest of a wealthy slickster (Aaron Eckhart) looking for a journalist to write favorable stories about a massive development.

The adapter, Bruce Robinson, has taken a novel that's more like notes for a novel and come up with a narrative depicting the birth of Thompson's voice, with its mix of political outrage and Hemingway-esque attraction to dissolution — and Robinson would seem the man for the job, having created the memorably dissolute Withnail in Withnail & I.

But there's no gonzo motor here. Depp's Kemp gives Eckhart and his cronies no indication he's the man to carry their water — he sits there bleary and apathetic, making eyes at Eckhart's fiancee, who's played by Amber Heard like an android fashioned to resemble Scarlett Johansson.

Although Michael Rispoli gets laughs as a cruddy photographer and Giovanni Ribisi has agreeably weird bits as a journalist who's the embodiment of the D.T.'s — like a flash-forward to the older Thompson — there's nothing but Depp's star power holding the ramshackle thing together.

At least The Rum Diary isn't a desecration, like Anonymous, an outgrowth of the Shakespeare-skeptic cottage industry. These are people who think William Shakespeare of Stratford-upon-Avon had nothing to do with the plays carrying his name because a) there's hardly a scrap of writing in Shakespeare's own hand and b) no one so meagerly schooled, untraveled and unacquainted with court life could have written so discerningly about kings, queens, thanes and Danes. Whereas Edward de Vere, 17th Earl of Oxford, the makers of Anonymous claim, had every reason to conceal his authorship. He's played by Rhys Ifans.

Regardless of its plausibility, it's a promising premise, a way to explore the connection in an exceedingly repressive era between political dramas on and off the stage. But Anonymous is a poor piece of storytelling, likely to confuse those who know nothing about Shakespeare and incense those who know anything.

Director Roland Emmerich skips back and forth between Ifans' middle-aged de Vere and his younger self, played by Jamie Campbell Bower — although the actors neither look nor sound like each other, and transitions are nonexistent. I found myself hating venerable actors like Derek Jacobi, who narrates, and Vanessa Redgrave, who plays the elderly Queen Elizabeth, for appearing in a film in which the author of Hamlet sleeps with his own mother and Shakespeare is an illiterate thug and murderer.

Apart from its ineptitude, Anonymous is beside the point: It's improbable any human could have written those plays. But someone did, and books like Stephen Greenblatt's Will in the World make splendid sense of Shakespeare's religion, politics and sympathetic imagination. Moreover, Shakespeare spent enough time on- and backstage to know what plays and what lays — something beyond the powers of Roland Emmerich.