Accessibility links
N.Y. Wrestles Over Extending Millionaires Tax Polls show that New Yorkers favor extending the so-called millionaires tax on the state's top wage earners beyond the end of the year. But Gov. Andrew Cuomo is digging in his heels, saying it encourages some of the state's most affluent citizens to leave. 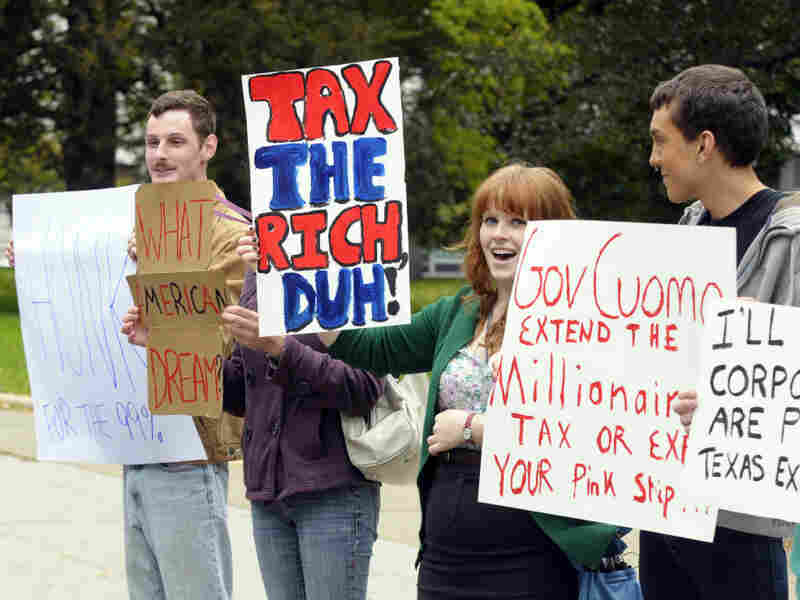 Demonstrators supporting the Occupy Wall Street movement — and an extension of the millionaires tax in New York — protest in Albany on Oct. 21. 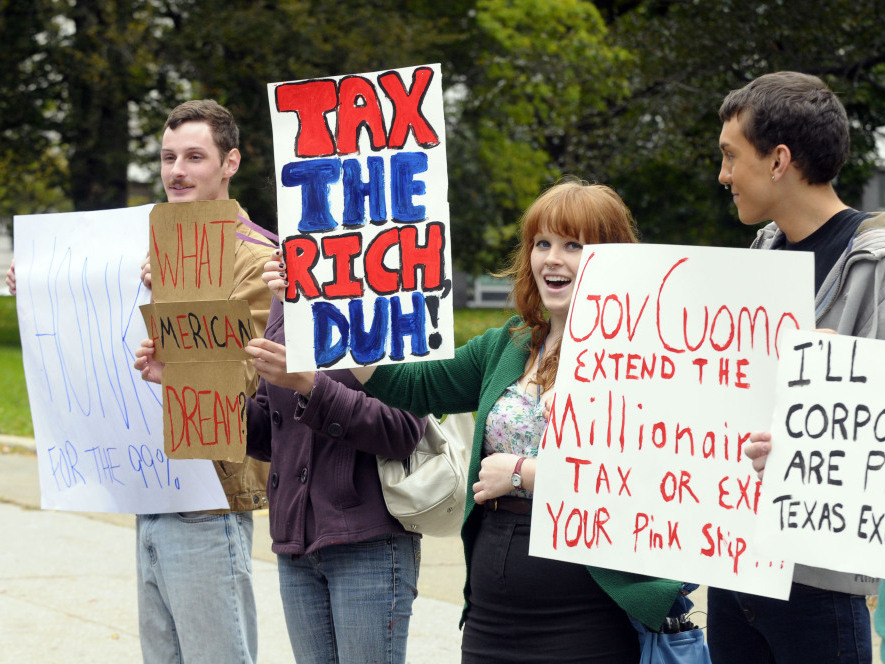 Demonstrators supporting the Occupy Wall Street movement — and an extension of the millionaires tax in New York — protest in Albany on Oct. 21.

The so-called millionaires tax on New York's top wage earners is set to expire at the end of the year, even as the state struggles to balance its books. A poll released Thursday shows that New Yorkers favor extending the tax by more than 2 to 1.

But the millionaires tax also has its opponents, including the state's popular and powerful governor, Democrat Andrew Cuomo.

John Samuelsen, president of New York City's transit workers union, called on lawmakers to extend the millionaires tax during a rally this week outside City Hall in Manhattan.

"The wealthiest people in New York state are going to get a nice take-home pay raise on Jan. 1, while working families continue to struggle," Samuelsen says in a video clip from the rally posted on the union's website. "It's not the wealthiest New Yorkers that need monetary relief. It's working families."

The tax in question actually applies to individuals who make more than $200,000 a year, or $300,000 a year for families. When it was enacted in 2009, the tax was supposed to be temporary. But there are many in New York who would like to see it extended.

"We have such great need in New York. And we also have the greatest income disparity of any state in the nation," says Ron Deutsch of New Yorkers for Fiscal Fairness, who has been arguing for years that the state needs to shift more of its tax burden to the top wage earners. 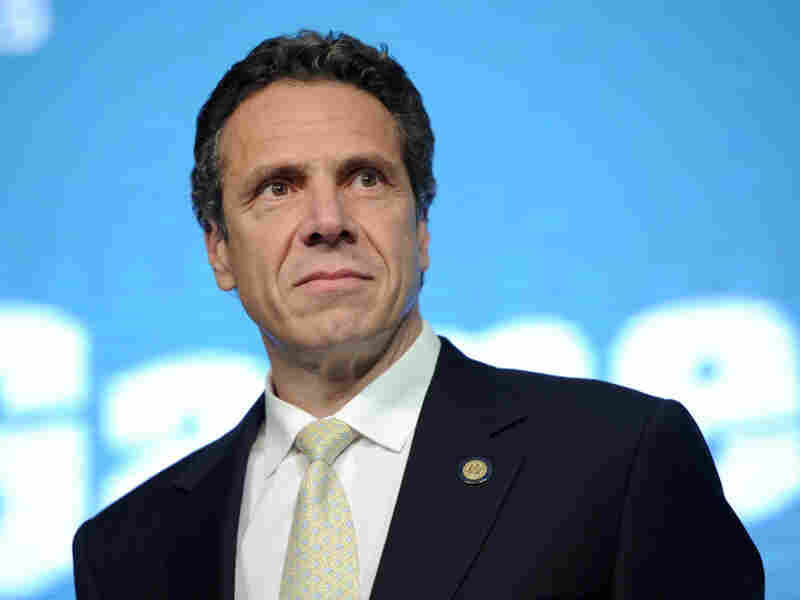 Gov. Andrew Cuomo, shown at the AOL Huffington Post Game Changers Awards on Oct. 18 in New York, has said extending the tax on top earners would be bad for business. 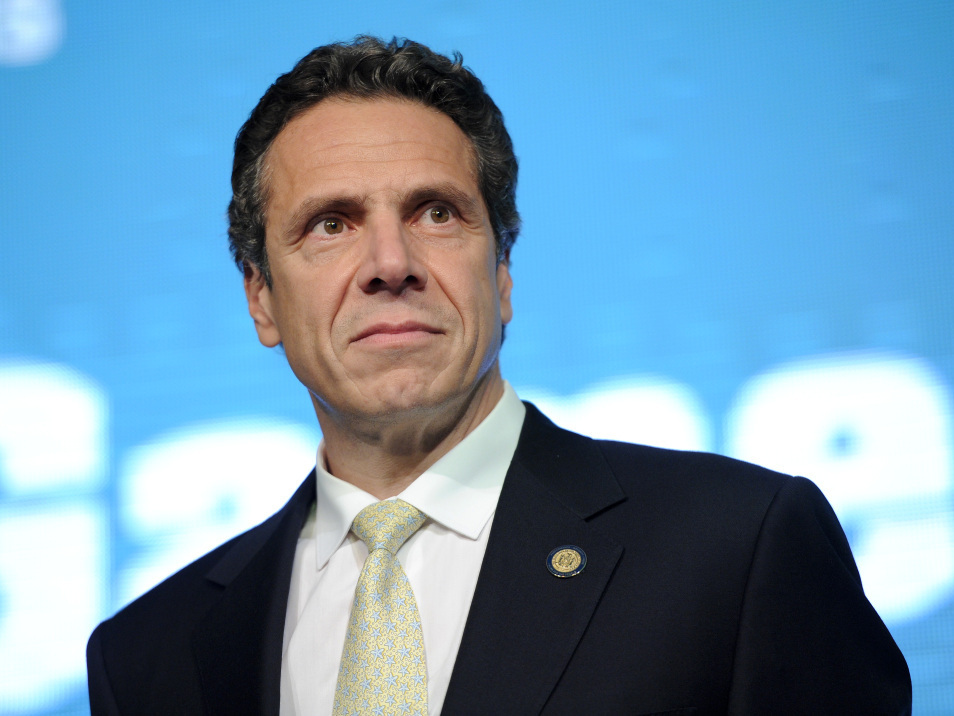 Gov. Andrew Cuomo, shown at the AOL Huffington Post Game Changers Awards on Oct. 18 in New York, has said extending the tax on top earners would be bad for business.

New York is facing a projected budget deficit of more than $2 billion next year, and recent polls show that an overwhelming majority of New Yorkers support extending the millionaires tax rather than cutting services. But Cuomo, who has some pretty enviable poll numbers himself, does not seem impressed.

At a news conference last week, the governor said the tax is bad for business because it encourages some of the state's most affluent residents to leave.

"The competitiveness of this state is hurt when you're one of the highest tax states in the nation, and businesses and people are more mobile than ever before," Cuomo said. "I also believe that point is all but inarguable."

Competition With Other States

The majority of New York's wealth is concentrated in and around New York City — and it's relatively easy for workers there to commute to Connecticut or New Jersey. But there's some debate about whether taxes are really driving anyone out of New York.

"There's just really no evidence that people are very responsive to small changes in tax rates at the state level," says Charles Varner, a sociologist at Princeton University.

Varner studied the effect of a similar tax on the top 1 percent of wage earners in New Jersey. He found that people consider a lot more than just taxes when they decide to move.

"Where do you want to live? Where is the weather nice? Where does my family live? Where do my friends live? ... Tax rates are just way, way down the list," he says.

Still, opponents of the millionaires tax say Cuomo's argument does have merit. Dan DiSalvo, a senior fellow at the Manhattan Institute, a conservative think-tank, says New York is already one of the most-taxed states in the nation.

"For Gov. Cuomo to make New York competitive and attractive to businesses across the county, he's got to compete with other states," DiSalvo says. "And raising taxes on wealthy individuals is not the kind of signal to send to people who want to come and open a business and make a lot of money."

And, of course, there's the political calculus for Cuomo to consider. The first-term governor campaigned last year on a promise not to raise taxes. And he seems determined to keep that promise — no matter what the polls say.