Accessibility links
Why The Haves Have So Much Why has the gap between wealthy and poor Americans gotten wider? Federal tax policy is part of the story. Those at the top of the income ladder have been the biggest beneficiaries of tax cuts over the last three decades, but the biggest change has come in the shape of the economy itself. 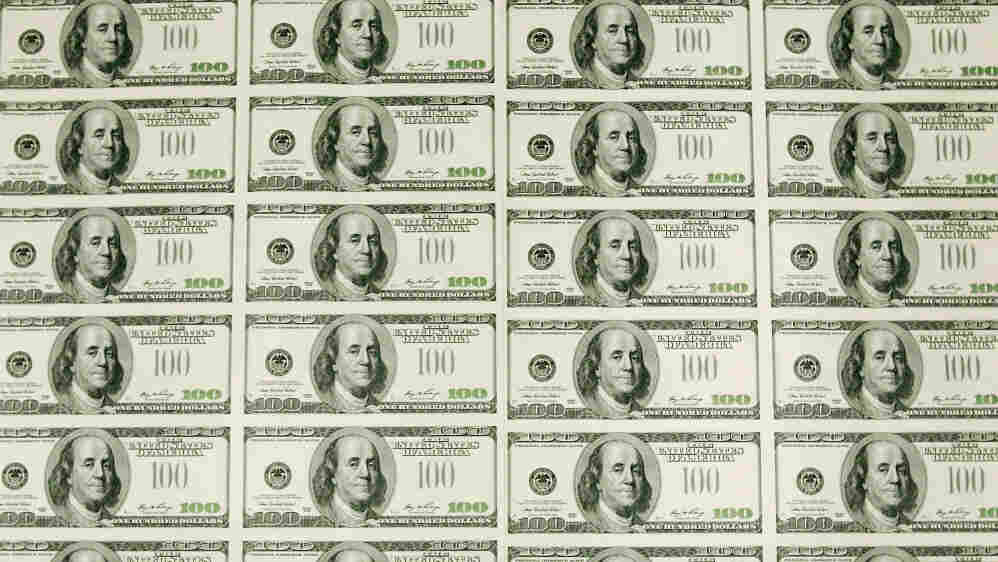 Sheets of $100 bills wait to be cut into singles at the Bureau of Engraving and Printing in Washington, D.C. In recent decades, the gap between rich and poor has widened in the United States. 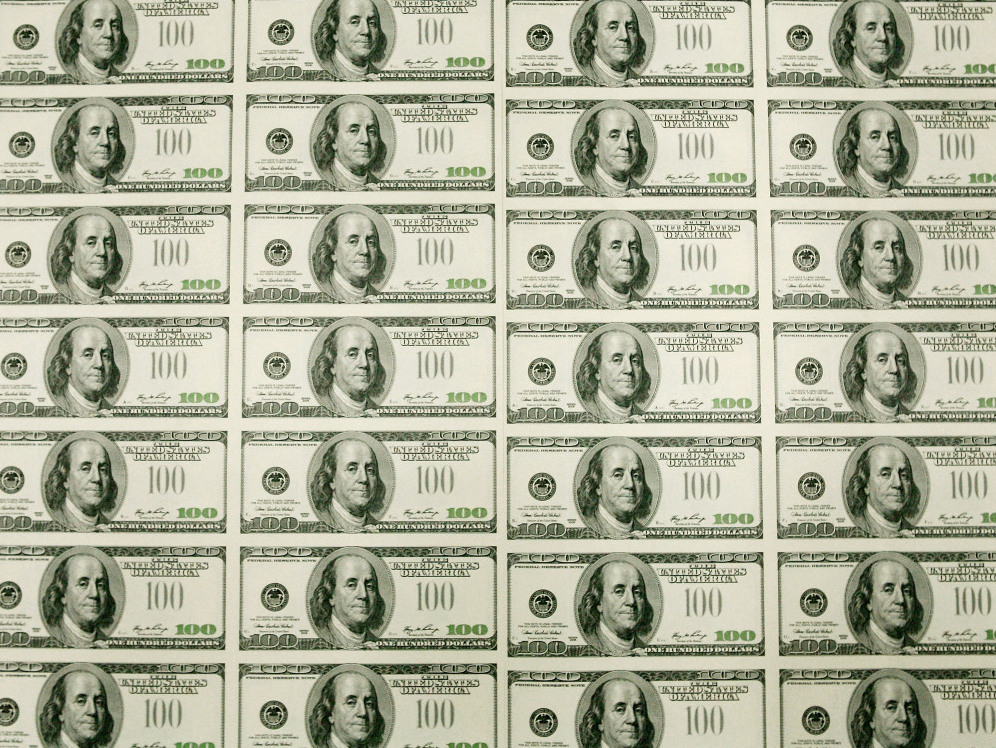 Sheets of $100 bills wait to be cut into singles at the Bureau of Engraving and Printing in Washington, D.C. In recent decades, the gap between rich and poor has widened in the United States.

The Congressional Budget Office released a report this week showing that the gap between wealthy and poor Americans has become much wider than it once was.

What's behind that expanding income gap?

Federal tax policy is part of the story. Those at the top of the income ladder have been the biggest beneficiaries of tax cuts over the last three decades.

But the biggest change has come in the shape of the economy itself.

The United States is becoming more and more of a winner-take-all society. Cornell University economist Robert Frank co-wrote a book with that name. It describes how technological change allows top performers to claim an ever-larger slice of the economic pie.

"The most vivid example we had for a long time was the tax advice industry," he says. People who once might have gone to a local accountant to have their taxes done can now use mass-produced software instead. That puts a crimp on the income of local accountants. But the CEO behind TurboTax made more than $4 million last year.

Superstars in sports and entertainment have long enjoyed that kind of outsized gain. But Frank says the winner-take-all pattern of concentrated rewards is spreading to one field after another.

"All that's to the good in one sense. I mean, we get to buy from the best now in a way that we didn't," he says. "But it's created an enormous increase in income inequality."

None of this is exactly news to people who've been paying attention for the last three decades. Ten days after he took office, President Obama set up a task force on the issue, to be chaired by Vice President Biden.

"The measure of our success will be whether the middle class once again shares in the economic success and prosperity of the nation," Biden said.

Republicans generally don't like to talk about the widening income gap. Instead, they stress that with hard work anyone can make it into the top 1 percent. In a speech this week at the Heritage Foundation, Republican Rep. Paul Ryan argued that focusing on the distribution of income amounts to misguided class warfare.

"This just won't work in America," Ryan said. "Class is not a fixed designation in this country. We are an upwardly mobile society with a lot of income movement between income groups."

In fact, studies show there's less upward mobility now than there used to be, and less movement between income groups in the United States than in Germany, France, Canada or the Scandinavian countries.

Economist Jared Bernstein, who used to staff the Middle Class Task Force at the White House, argues the Republican budget drafted by Ryan would worsen inequality, because it would cut government programs that benefit the poor and middle class, while cutting taxes for the wealthy.

"I think it was Warren Buffett who said, 'If there's class warfare out there, my class is winning,'" Bernstein says. "It's not that you want your tax system to totally offset the inequality in market outcomes. I don't. But you certainly don't want them to make it worse. And plans like those of Paul Ryan do. And that to me sounds a lot like class warfare."

What Could Narrow The Gap?

But even liberal economists like Bernstein don't believe tax policy alone can correct for the nation's mounting inequality.

"That's where we have to look for policy solutions to increase the earnings power, the bargaining power, the basic ability of middle-class families to claim their fair share of the productivity growth that they themselves are helping to create," he says.

We're probably not going to outlaw TurboTax. And the administration's efforts to strengthen unions' bargaining power have so far borne little fruit. The White House is trying to encourage manufacturing — where rewards tend to be more evenly distributed. And economist Frank says it wouldn't hurt to make the financial industry, with its conspicuous winner-take-all bonuses, a little less attractive.

"In 2007, I think it was 44 percent of the graduating class from Princeton took jobs in the financial services industry. Really talented kids who could be doing useful things — instead they're competing to see who can forecast what the asset price will be 10 seconds sooner than the next quickest forecast," Frank says. "We don't need that many people seeking those positions."

Finally, any steps that improve the job market could help. The 1990s, when employers had to compete for workers, produced some of the biggest gains for people in the middle of the income ladder. Bernstein says the best recipe for giving working people a bigger slice of the economic pie is full employment.