Accessibility links
Mexican Trucks In U.S. Still Face Political Long Haul Two decades after the North American Free Trade Agreement authorized it, Mexican trucks can now drive on U.S. highways. It took that long because labor and political interests delayed the program, and those forces haven't given up yet. 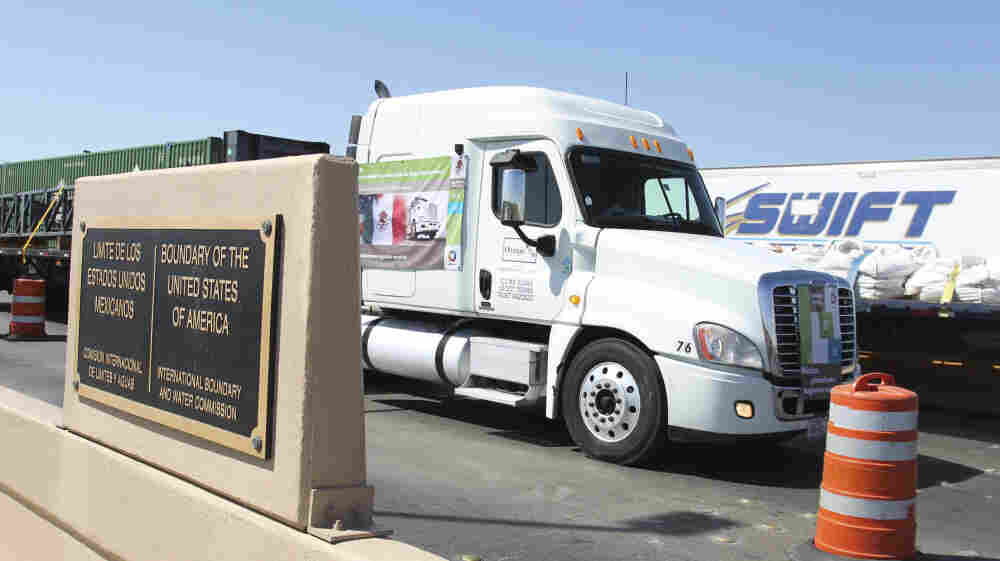 For the first time under the North American Free Trade Agreement, a Mexican tractor-trailer crossed into the U.S. on a trip to the country's interior on Oct. 21. 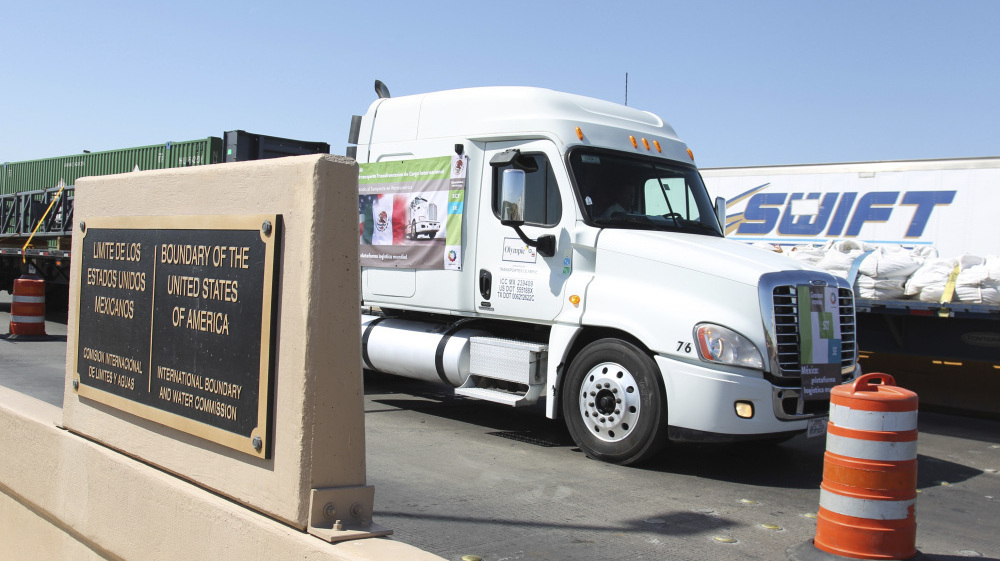 For the first time under the North American Free Trade Agreement, a Mexican tractor-trailer crossed into the U.S. on a trip to the country's interior on Oct. 21.

The Port of Entry at Nogales, Ariz., is in the midst of a massive upgrade to ease congestion caused by up to 1,500 Mexican trucks crossing each day. Nearly two-thirds of the produce consumed in the U.S. and Canada during the winter come through here.

These Mexican trucks stop at warehouses near the border to transfer their loads to U.S. trucks. That's the way it's long been done. Gary Hufbauer, a senior fellow at the Peterson Institute for International Economics, says that adds cost.

On Oct. 21, a Mexican truck carrying a load of construction equipment from Mexico to Texas was the first truck allowed on U.S. interior highways since the North American Free Trade Agreement (NAFTA) authorized it almost two decades ago. It took that long because labor and political interests delayed the program. The same forces are trying to stop it now that it's begun.

"This is the biggest single barrier to integration of the U.S.-Mexican market," the trade expert says.

James Hoffa, president of the Teamsters union, says the cross-border trucking program will put thousands of trained U.S. drivers out of work.

"What we have is a double standard of people that are going to make maybe one-third of what American drivers make, if that," he says, "and there's no record of who these people are. They're not in the database. They don't keep logbooks from the time they get to the border." 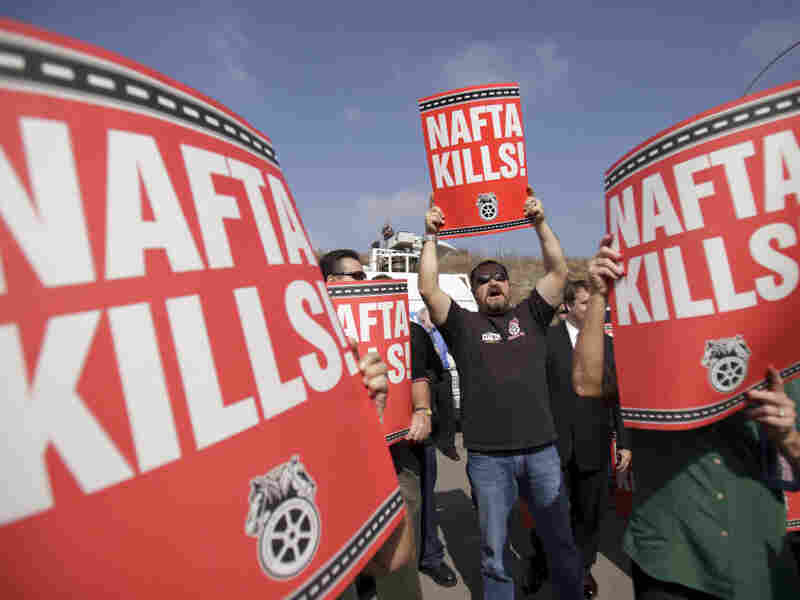 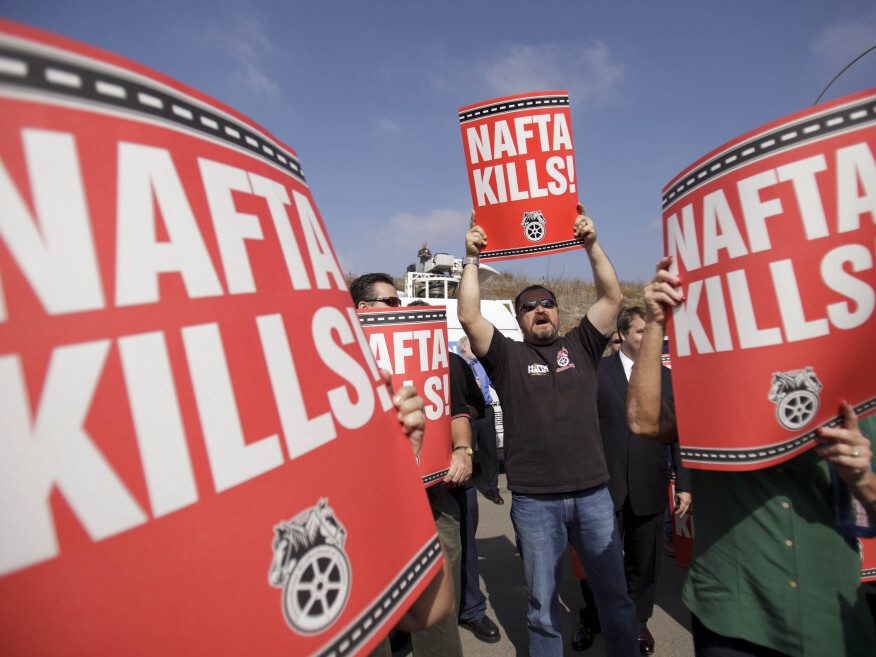 "It's about the fact that these unsafe trucks are going to be unleashed on the American highway. We think it's a big problem," he says. "There hasn't been any progress in the past 10 years, and we're back where we started from."

In fact, things have changed in the last decade.

The Department of Transportation says every Mexican truck is already held to the same safety and pollution standards as U.S. trucks. Mexican trucks have their brakes tested by a Federal Highway Administration inspector at a Nogales facility built in 2004.

So far, only a couple of Mexican companies have asked to drive on U.S. highways, but Republican Rep. Duncan Hunter of California says he doesn't trust Department of Transportation inspectors to do their jobs in the future.

"If you take that out 10 years, where we have 1,000 or 5,000 trucks coming through," he says, "to think that our bureaucracy will be able to handle that in the same thorough way that they handle it now, I think is ridiculous."

Hunter is sponsoring a bill in Congress that would put the cross-border trucking program up for review in three years. Hufbauer predicts that in 10 years, Hunter's issues will be a memory.

"I think if you give me a decade, I think it will be as big as it is with Canada, and also we'll have no more friction," he says.

Hufbauer says eventually Mexican trucks in the U.S. will operate as seamlessly as Canadian trucks do now — unless politics get in the way.