Accessibility links
From Mafia Soldier To Cocaine Cowboy Jon Roberts is the man considered most responsible for bringing cocaine into the US during the 1970s and '80s through the Medellin drug cartel. In American Desperado, a book he co-wrote with journalist Evan Wright, he tells all, from working in the Mafia in New York City to smuggling drugs in Miami. 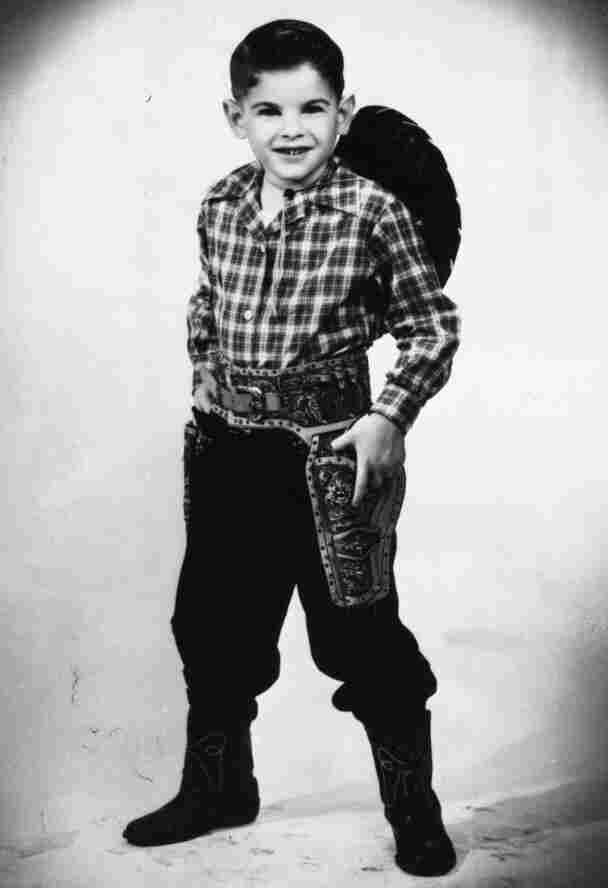 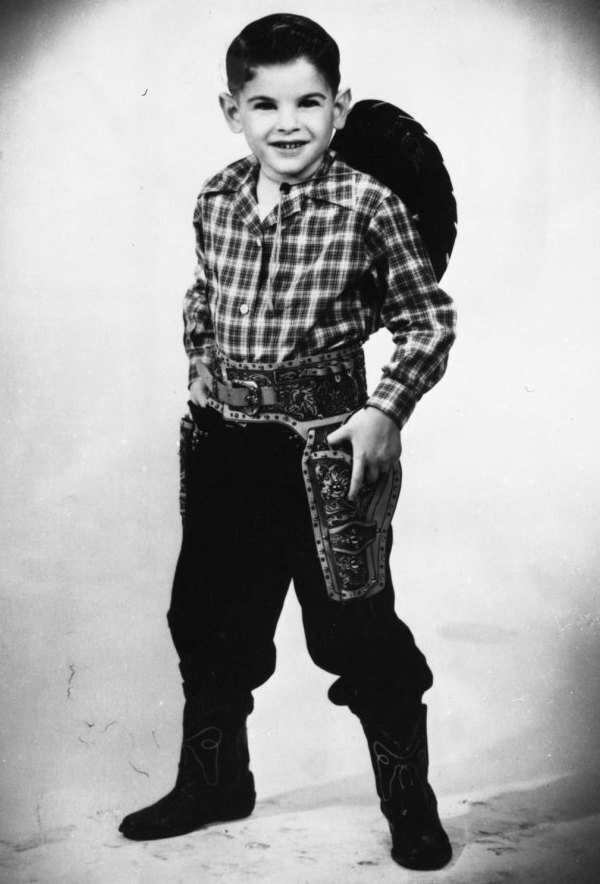 Jon Roberts was born into the Mafia.

His father, Nat Riccobono, and his uncles came to New York City from Sicily and made money by running shady businesses throughout New York in the late 1940s. After his father was deported and his mother died, Roberts moved from home to home until he was 16 and joined his uncles in the Mafia.

By the time Roberts was 26, in 1978, he was a practiced criminal — committing robberies and dealing cocaine in New York City; but he was getting bored. That's when he moved to Miami and started working with the Colombians, importing cocaine. 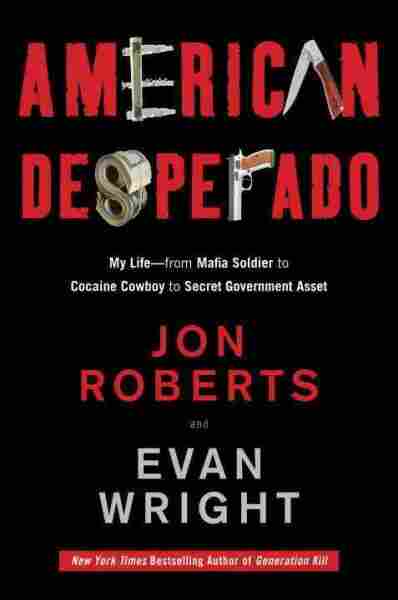 by Jon Roberts and Evan Wright

"It was organized, it wasn't a slap affair like you saw on the TV with bombs going off," Roberts tells Guy Raz, host of weekends on All Things Considered.

Roberts, who was featured in the 2006 documentary Cocaine Cowboys, just released a book he co-wrote with journalist Evan Wright called American Desperado: My Life — from Mafia Soldier to Cocaine Cowboy to Secret Government Asset.

Murder In The Mafia And Murder In Vietnam

When Roberts was 7 years old, he witnessed his father commit murder.

"There were mornings when my father would take me to school ... and some mornings he chose not to take me."

On one of those mornings, when Roberts' father decided he was too busy to drop his son off at school, they were in the car heading toward a single-lane bridge when another car began to cross.

"[My father] decided to make the other guy back up, and the other guy must have refused," Roberts recalls. "The next thing I saw was a flash, and he had shot the guy in the head. He told the bodyguard to get in the car, they backed the other car off the bridge, and we just drove on and went about our day."

Roberts says that moment changed him, but it wasn't until he was a soldier in Vietnam that killing became a norm.

"When you see your best friend get stuck in the back with a knife from some lady that's like 30 years old, and you see a little boy like 10 years old shoot your friend, your values change a little bit," he says.

"Nobody really controlled us. And eventually after you do this for a while, you decide you're pretty much your own boss," he says. "And to me it was an education in how to do things." 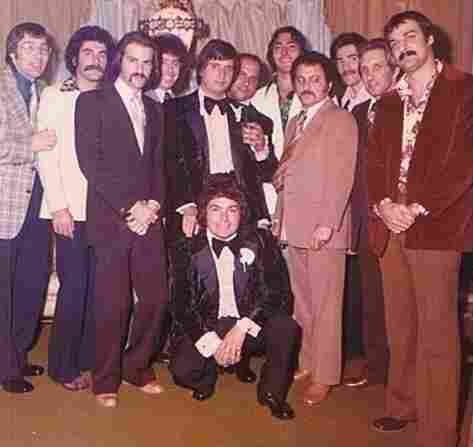 While in New York, Jon Roberts (third from left) had close ties with the Gambino crime family. He attended his last wiseguy party — a New York wedding — before fleeing to Miami in 1973. 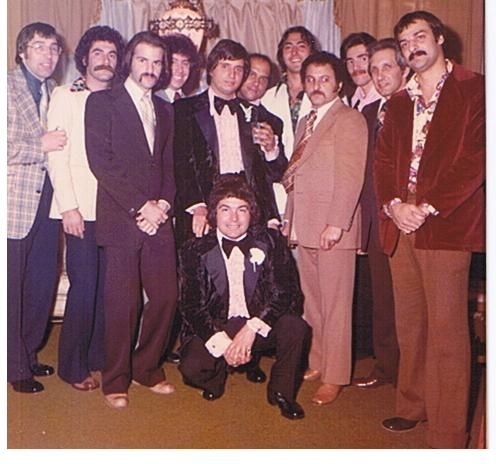 While in New York, Jon Roberts (third from left) had close ties with the Gambino crime family. He attended his last wiseguy party — a New York wedding — before fleeing to Miami in 1973.

Roberts returned from Vietnam to New York with screws and a metal plate in his head — the aftermath of an explosion. By the time he was 20, he was one of New York's biggest nightclub impresarios, rubbing shoulders with everyone from Jimi Hendrix to John Lennon.

But after a business partner turned up dead and an informant told the police Roberts was involved, he hightailed it to sunny Miami. The year was 1975.

"When I first came to Miami, I wasn't smuggling: I was like all the other dealers on the street just trying to make a living, and it got to a point where I had so much business that these people just couldn't supply me," he says.

That's when Roberts shifted from being a drug dealer to a drug importer for the Colombian Medellin cartel.

Importing paid well: By the end of 1976, Roberts says he was moving 50 kilos of cocaine worth $500,000 or more a month. Roberts was living it up: He had half a dozen servants, a Porsche, multiple houses, dozens of race horses and friends in high places, including the Colombian drug lord Pablo Escobar.

The U.S. government labeled Roberts the "American Representative" of the Medellin cartel; he became known as "the bearded gringo" on Miami's streets.

"We ended up getting, up by Tampa, a 450-acre farm and it was all surrounded by trees and we put two runways in there and we put hangars in for the planes to go in," Roberts says.

Their drug-smuggling schemes stymied the U.S. government for nearly a decade. 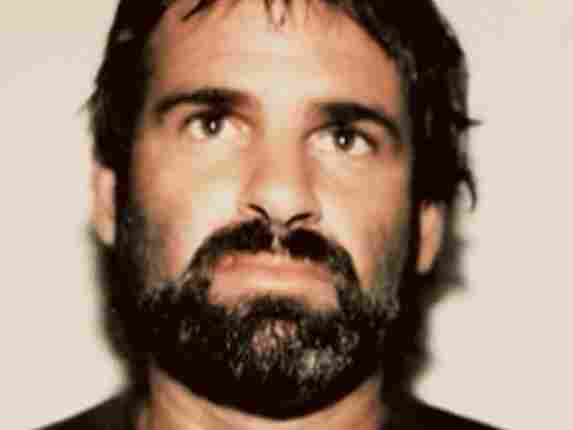 In 1986, Jon Roberts was arrested as part a cocaine bust that ultimately unraveled his empire.

The End Of The Line

In the late 1980s, one of Roberts' associates ratted him and several other people out to the government. Roberts immediately went into hiding.

For five years, he evaded the police, but they caught up with him in 1992 and charged him with overseeing the importation of billions of dollars of cocaine. Roberts was able to avoid a lengthy prison sentence by becoming a cooperating witness and informant for the federal government.

When he was released from prison in 2000, he says he had no plans. He worked at the old Beachcomber Hotel on Miami Beach and went looking for the money he had hidden in various locations around the city. It was all gone.

That same year, Roberts became a father. Today, he tells NPR's Raz that he wants his son to take away an important lesson from his memoir.

"I want him to realize that I went about doing things the wrong way," he says. "That's not to say to you that if I had my life to live over again that I would have changed it, but that what I did was wrong."

Roberts lives with his wife, Naomi, and his son Julian in Florida. He has fourth-stage terminal cancer.

Read an excerpt of American Desperado