Accessibility links
Competition Fierce In Salem's Scare Industry Salem, Mass., is a major tourist attraction thanks to its infamous 17th-century witch trials. Tourists really pour in around Halloween for a good scream, and this year, a high-tech haunted house is bringing a new edge to a local tradition. 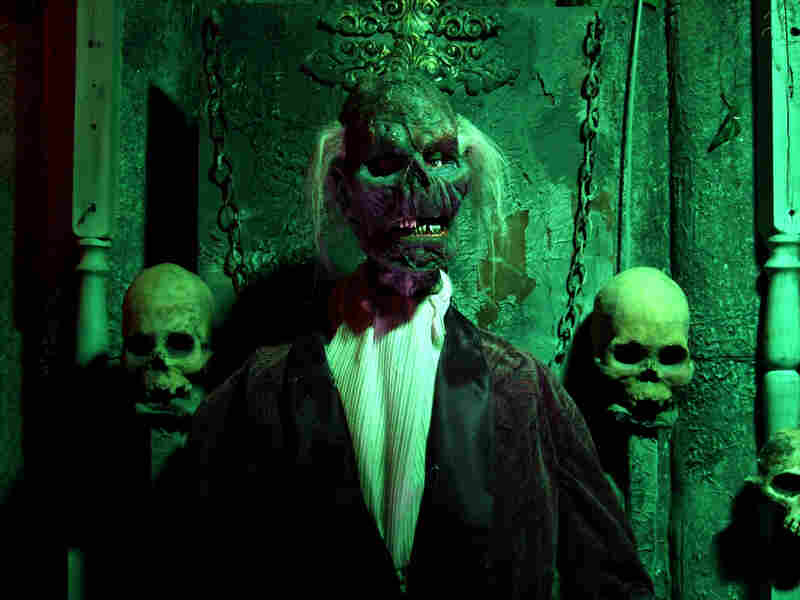 Witch Mansion is a new haunted house in Salem, Mass. With animatronics and 3-D effects, it opened right next door to the Nightmare Factory, a more traditional haunted attraction. 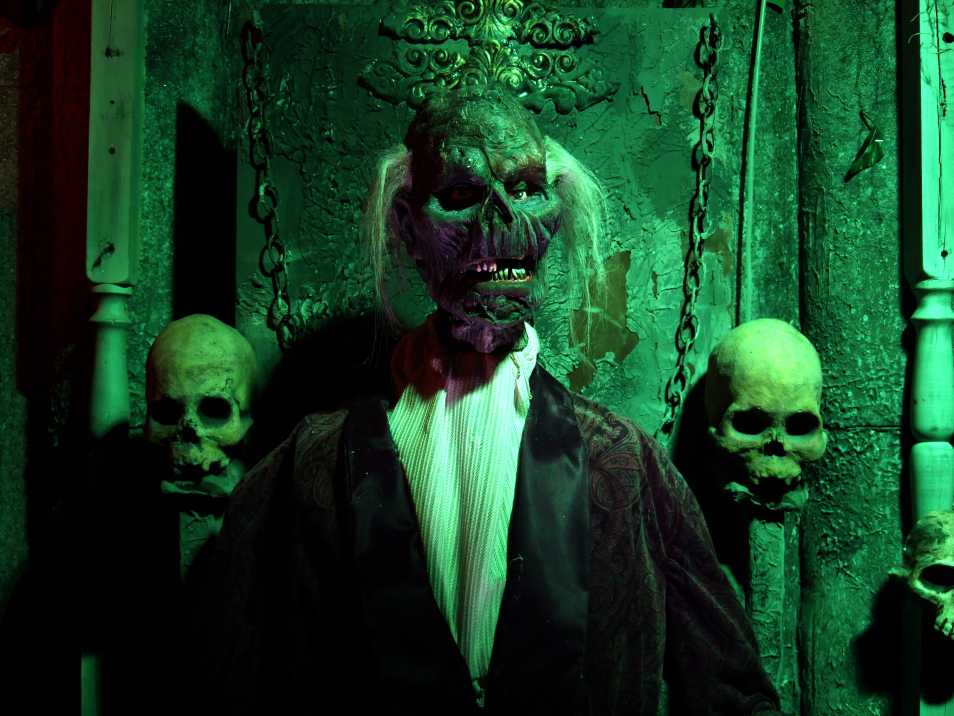 Witch Mansion is a new haunted house in Salem, Mass. With animatronics and 3-D effects, it opened right next door to the Nightmare Factory, a more traditional haunted attraction.

For most of the year, Salem, Mass., looks like many other historic New England towns. Come October, though, the streets are packed with portable toilets, fried dough vendors and carnival rides. It's a major tourist attraction thanks to its infamous 17th-century witch trials.

Tourists line up for psychics' parlors, face-painters and wax museums, but haunted houses are the biggest draw.

Marshall Tripoli has been in the haunted attractions business in Salem for 21 years. He owns the five-year-old Nightmare Factory, where he says his motto is "Care how you scare."

"I put pride and joy inside my attraction," he says. "My wife calls it 'the other wife'; it's that much that I'm there."

Tripoli puts on a pretty traditional show. It has lots of fake cobwebs, strobe lights and elaborate sets, plus moving skeletons and actors who jump out from dark corners. Tripoli plays the mad scientist at the end.

"When I'm inside my attraction, and I'm rocking and rolling, and people are coming through, and they're laughing ... that peaks you up," he says.

What gets him down is the new competition. The Witch Mansion opened this year, right next door to the Nightmare Factory.

Louis Grande, co-owner of the Witch Mansion, says it features all the latest technology.

"We have animatronics, computer-generated graphics, 3-D illusions," he says. "It's really raised the bar for the complete Halloween and haunted house industry in the area."

Both of these haunted houses stay open year-round, but they bank on October for most of their income. Grande says they're competing for the same tourist dollars.

"Ultimately it's survival of the fittest: who puts on the best show. It's really up to the audience to decide," he says.

"You couldn't tell what was real or not real with all the things in 3-D, so it was like, which one of these is going to pop out at me?" she says.

Ben Cutty, 14, got spooked by the Nightmare Factory's timeless tricks.

There might be enough room in this city for both types of scare tactics. More than 1 million tourists visit Salem every year.