Accessibility links
The U.S. Army's Rock 'N' Roll Past In the late 1960s and early '70s, a handful of active-duty service members formed their own pop bands, which toured and recorded with the military's official backing. Those records were long considered lost, before a few resurfaced in the past decade. 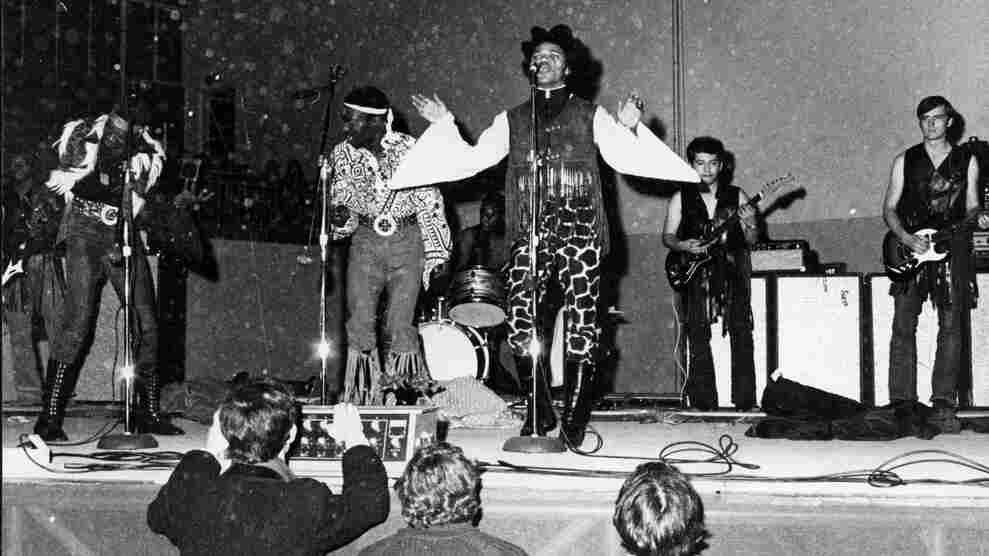 A rare photo of East of Underground in performance. The band formed while its members were stationed in Germany during the Vietnam War. 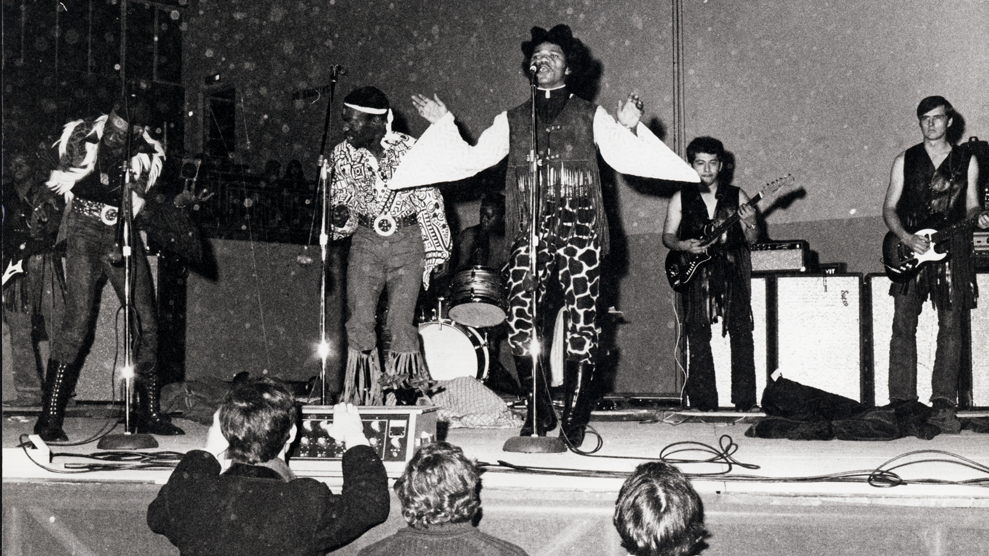 A rare photo of East of Underground in performance. The band formed while its members were stationed in Germany during the Vietnam War.

The thought of army music evokes a certain tradition — say, trumpets and drums in the style of "Pershing's Own." But that tradition was set on its ear back in the late 1960s and early '70s, when the PFCs stationed overseas formed their own pop bands. Instead of breaking them up, Army brass sent them on tour.

East of Underground was one such band — a multiracial, seven-piece group stationed in Germany at the tail end of the Vietnam War. They were selected during something called "The U.S. Army's Original Magnificent Special Services Entertainment Showband Contest" — let's just call it a battle of the bands. The winners toured other military bases and made records.

Those recordings were lost for decades, until a collector discovered an East of Underground LP in 1997. After that, the search was on — for as many of these Army bands as they could find. A new compilation pulls together some of those old records — it's called East of Underground: Hell Below.

David Hollander produced the compilation. He also wrote the liner notes, which reveal a surprising fact: The U.S. Army spends an estimated $200 million a year on music, and is the largest single employer of musicians in the country.

"I was shocked when I found that out myself, but it kind of makes sense," Hollander tells Guy Raz, host of weekends on All Things Considered. "All the branches of the armed services have always included music as part of their mission. It's there to boost morale, it's there to provide entertainment and comfort for soldiers, it's there to sort of represent what the U.S. is — musically, culturally — to the rest of the world."

Lewis Hitt played guitar in East of Underground. Like all the other members, he was a draftee, and had come from a tiny town in Mississippi. Hitt says he had already been in one Army band by the time he joined the group. 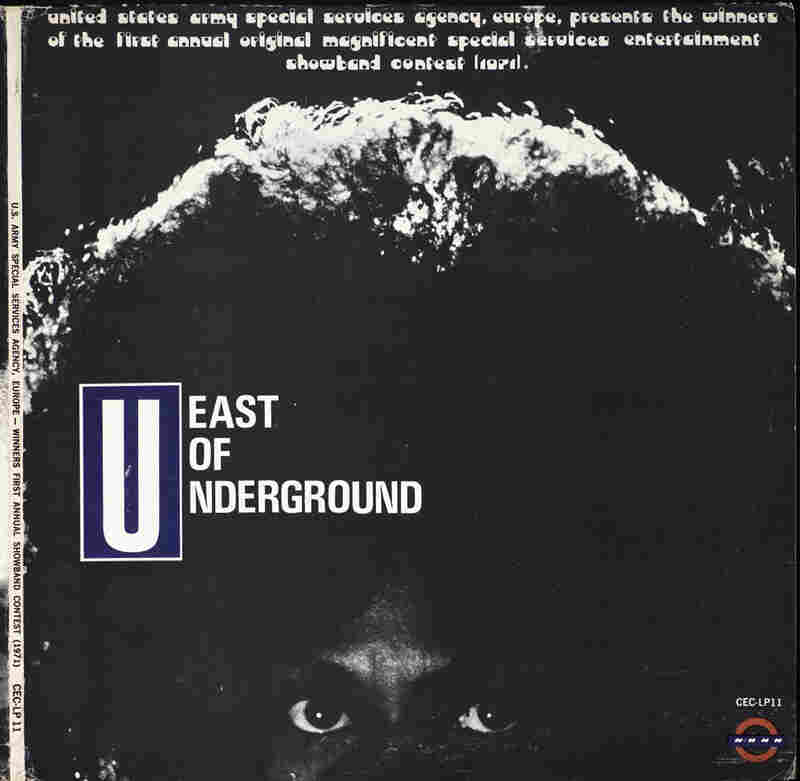 The cover of East of Underground's self-titled LP.

"I initially was stationed in Korea. I was able to get into a band there. When I left Korea, the first thing I did when I got to Germany was to find Special Services, which happened to be right next to my barracks," Hitt recalls. "I met the singers and the other players and we got together and played, and it just kind of all meshed together."

The songs East of Underground played weren't your run-of-the-mill patriotic marches — in fact, some of them included controversial lyrics about race and politics. Hollander says it's not a mistake to read a hint of resistance into the band's repertoire.

"The song selection includes songs that were playing in the States, and very much expressed the countercultural sentiments of political resistance in this country at that time," Hollander says. "Bear in mind that these bands were all engaged in a show band contest in 1971 and 1972, and the winners of the that contest would then be able to tour Europe, and would also record an LP in the Armed Forces Network studios in Frankfurt.

"So this was a very viable way to avoid active duty in Southeast Asia."

Hollander says it isn't clear what the Army planned to do with these recordings, especially since so few copies of them have surfaced — just three dozen in East of Underground's case. It's also a mystery what happened to the bands — apart from Lewis Hitt, none of the members have come forward.

"I've done my own searches on Google and so forth, but I cannot find anything," Hitt says. "I'm just amazed that [the band's] three singers didn't have hit records after they left the Army. They were so talented, I just assumed they would have a contract with the first studio they walked into."

The liner notes of East of Underground: Hell Below conclude with a sort of benediction, lifted wholesale from the U.S. Army Field Manual:

Because of the unique ability of music to communicate, bands will serve in different capacities of publicity and recruiting, and in the support of civil affairs. Most of all, Army bands will strive to honor General George Washington's observation, "Nothing is more agreeable and ornamental than good music."