Accessibility links
Why A Cardinals Hater Went To The Victory Parade NPR's Alan Greenblatt explains why someone who stopped caring about baseball years ago and who is no fan of the Cardinals would go to the victory parade in St. Louis. The answer: his son.

Why A Cardinals Hater Went To The Victory Parade

Why A Cardinals Hater Went To The Victory Parade 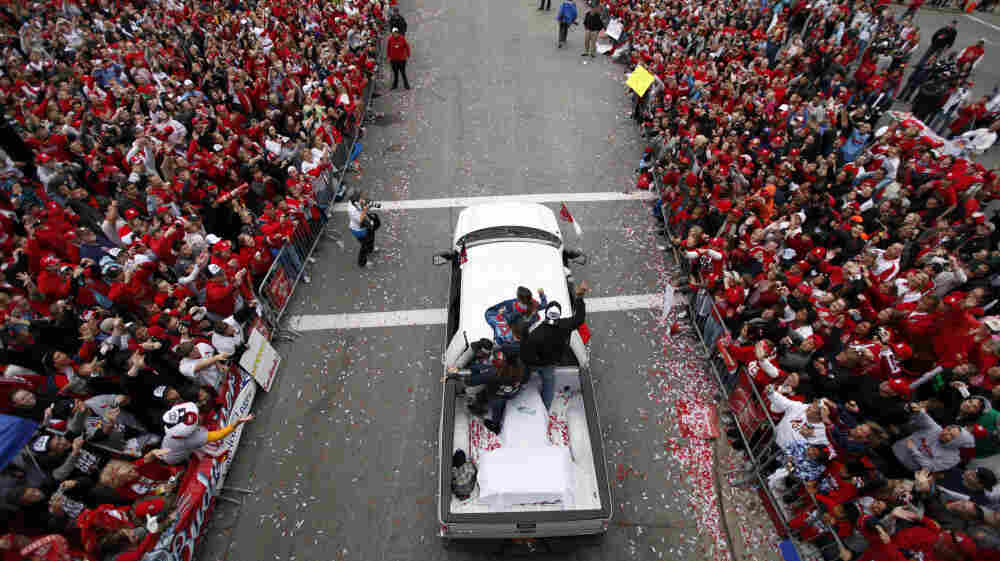 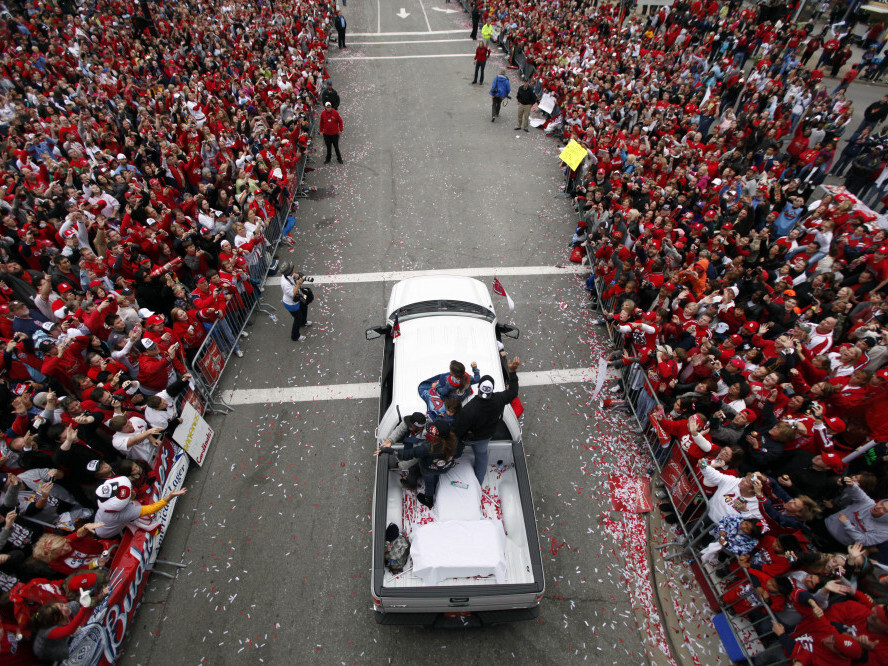 It's been years since I cared about baseball and I never liked the Cardinals. So why did I take my family to Sunday's victory parade in downtown St. Louis?

It's not that I'm a fair-weather triumphalist. I still don't care that they won. This had more to do with helping my son accept where we live, and who he is.

We moved to St. Louis from Washington, D.C., about a year ago. It immediately became clear that rooting for the Cardinals is the closest thing the region has to a civic religion.

In a mobile society, St. Louis remains an insular place. People live not only in the same city neighborhoods or suburban towns for generations, but often remain in the same house. As in many cities, the team is one of the few things that cut across all lines, geographic, social and racial.

During the playoffs, "Go Cards!" pretty much replaced "goodbye" as the main expression of farewell. Strangers exchanged high-fives on the street and roadside stands popped up everywhere you looked, selling all manner of hats, T-shirts and stuffed "rally squirrels."

Even during normal times, the cult – or I suppose I should say culture – of the Cardinals is so thick that people not so enamored greet each other shyly and almost conspiratorially.

A few months ago, an older woman took me aside to whisper her approval that I'd had the nerve to wear a Baltimore Orioles cap in public.

"I wouldn't want to say this out loud around here," a fellow I met at a bar a few blocks away from Busch Stadium said the other night, "but I think baseball is boring."

For most, indoctrination starts early. In recent weeks, emails from my son's school instructing us that he should wear Cardinals shirts, or at least show the team colors of red and white, have arrived almost as frequently as their fundraising appeals.

My son, Simon, is 5. For the first few months out here, he seemed to have adjusted well to our move, but occasionally he would make noises about wanting to return to Washington and live near his friend, the little girl on our old block.

We haven't heard any of that since he started kindergarten in August. He likes the school and his teacher and new friends.

Still, he's an independent-minded kid. He didn't have any Cardinals garb, but he didn't seem to feel the need to get any just because all the other kids would be wearing theirs.

I wouldn't expect him to show much interest. Apart from the requisite Saturday morning soccer class, we haven't exposed Simon much to organized sports.

But finally, as with so many other fevers that course through the school, he succumbed. Simon insisted on watching the last few games of the World Series.

I had to explain not only baseball's finer points, but the fact that, unlike his Grandpa's Wii game, they'd play for more than three innings. But Simon caught on soon enough.

Because play went so late, he couldn't stay up to watch the entire game. He'd ask for the score first thing when his eyes popped open in the morning.

Last Friday, I described the dramatic seesaw scoring during the last innings of Game 6. Simon thrust his pajama-clad arms in the air and said, "Yay, the Cardinals won!"

In that moment, he had become a St. Louisan, or at least a Cardinals fan, and I realized I should have been more proactive about getting him on board with the A's, my childhood team.

It's one of those parental hypocrisy things that you think your child should care about something you stopped caring about yourself years ago. That's a point many of my friends have emphasized as a primary joy of parenting – that you can share the things you love with your kids.

I don't buy that. I want to expose Simon to things I enjoy, but I recognized right out of the gate that he was going to discover all kinds of stuff it has never occurred to me to like and I'd have to try to share those enthusiasms that aren't harmful.

Rooting for the home team doesn't strike me as harmful.

I will admit, however, that I've been worried for weeks, with Simon planning to dress up for Halloween as an angry bird from the video game, that our neighbors would mistake this for a tribute to the Cardinals.

Simon ended up blurring this distinction himself. Getting ready for the parade, and still not owning any Cardinal paraphernalia, Simon said he wanted to wear his costume: "I'll be an angry Cardinal."