Accessibility links
Black, Latino Shifts In Chicago Lead To Map Flap It's map-drawing time as cities and states create new political districts. In Chicago, where blacks left in droves during the past decade and the Latino population rose, city leaders are redrawing the boundaries of the 50 wards. What's at stake is representation and political clout.

It's been map-drawing time all across the country, as cities and states create new districts for state lawmakers, members of Congress and city council members based on 2010 Census numbers.

In Chicago, where African-Americans left in droves during the past decade and the Latino population rose, leaders are redrawing the boundaries of the city's 50 wards. What's at stake is representation and political clout.

The 2010 Census shows that more than 200,000 residents left Chicago during the past decade; 181,000 were black. It was a different story during the 20th century as thousands of black Southerners arrived at Chicago's Illinois Central Railroad Station seeking the promised land of the North. Their arrival was part of "The Great Migration" of African-Americans that began during World War I and continued years later. The station no longer exists, and demographer Robert Paral says the pattern of migration has changed dramatically during this century. 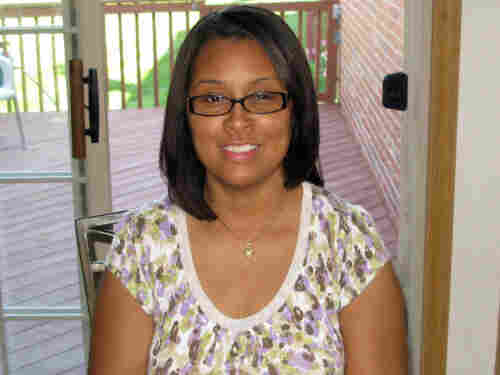 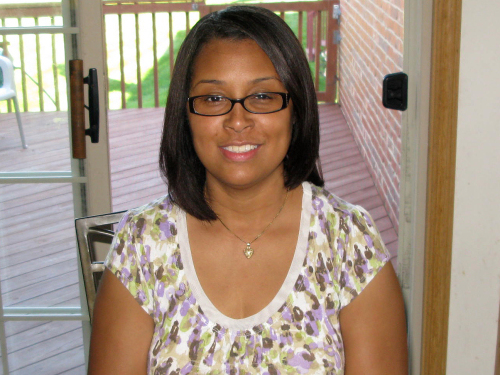 "The migration is in the other direction," Paral says.

Merle Huckabee, a stay-at-home mom, is among the black Chicagoans who decided to leave Chicago. In 2006, Huckabee moved with her husband, James, and their two daughters to Hazel Crest, Ill.

Hazelcrest is a small, integrated but predominantly black village, a picturesque suburb about 30 miles south of Chicago's downtown. Yellow leaves fall from the tree branches arching over the wide street that leads into the development of single-family homes, condos and townhomes where the Huckabees live. There's a tennis court and pool near the entrance of her street. It's peaceful here, she says. The family used to live near Roseland, a high crime area of Chicago.

Chicago's population dropped to nearly 2.7 million, and African-Americans moved to suburbs — and many out of Illinois entirely. Whites left the city, too, albeit on a smaller scale, and Chicago's Asian and Latino populations grew — the Latino population by slightly more than 25,000.

The Voting Rights Act protects African-Americans and Latinos in the redistricting process in an effort to ensure that minorities have a chance of being elected to public office relative to their share of the population. And in this Democratic town, race is more of a factor than partisan politics during redistricting.

Chicago Alderman Howard Brookins, head of the Chicago City Council's Black Caucus, says redistricting may not be at the forefront of the public's conscience, but it is extremely important.

"It means resources. It means voting power," Brookins says. That power, Brookins says, has allowed black Chicagoans to help elect several firsts — a black mayor of Chicago in the 1980s, two African-American U.S. senators and even a president.

"And so, with that extra oomph, we have been able to get people in higher offices," he says.

At a recent public hearing of the City Council's Latino Caucus, residents came to have their say about a new ward map for Chicago. Chicagoan Juan Calderon says his relatives live in several Latino neighborhoods.

"I definitely think due to the increase among the numbers of Latinos, it's important for us to have equitable representation across the board in the city of Chicago," Calderon said.

Calderon said it would mean more attention paid to issues important to Latinos. In the Logan Square neighborhood where the hearing was held, there's a diverse population — Latinos, African-Americans and Eastern Europeans. And while the spotlight is on African-Americans and Latinos, neighborhood resident Alexander Denell said race shouldn't matter.

"On the other hand, I am with Americans of Polish descent, and I do want to stand up and say we Polish-Americans do count," Denell said.

What it all means is that the redistricting effort has begun in earnest.

Chicago Alderman Ray Suarez says that just as the City Council's Black Caucus has offered a version of a city ward map, the Latino Caucus will do likewise.

"In the past, when the Latino community was coming to growth in our city, we were never consulted. And I think we're going to try to do the best we can for all of our communities, but our responsibility in the end is the Latino community," Suarez said.

"The numbers we have now are not enough. The figure speaks for themselves. We are in need of more Hispanic wards in the city of Chicago," Solis says.

The question is, at whose expense? Aldermen here expect the once-in-a-decade remap process to be challenging as whites, Latinos, African-Americans and Asians decide district boundaries. They hope to avoid a referendum and expensive court battles they've seen before.