Accessibility links
Paranormal Technology: Gadgets For Ghost-Tracking Electromagnetic field detectors measure signals from faulty wiring and radio waves — but some paranormal investigators say they can also sense spirits. Temperature guns to track cold air in haunted sites are another key component in a ghost-hunter's toolkit. Scientific sense can be made of it all.

At an investigation of a supposedly haunted house in a wooded area an hour south of Richmond, Va., called the Edgewood Plantation, one ghost-hunting team recently used its high-tech tools to track down the spirits that always become of interest this time of year. 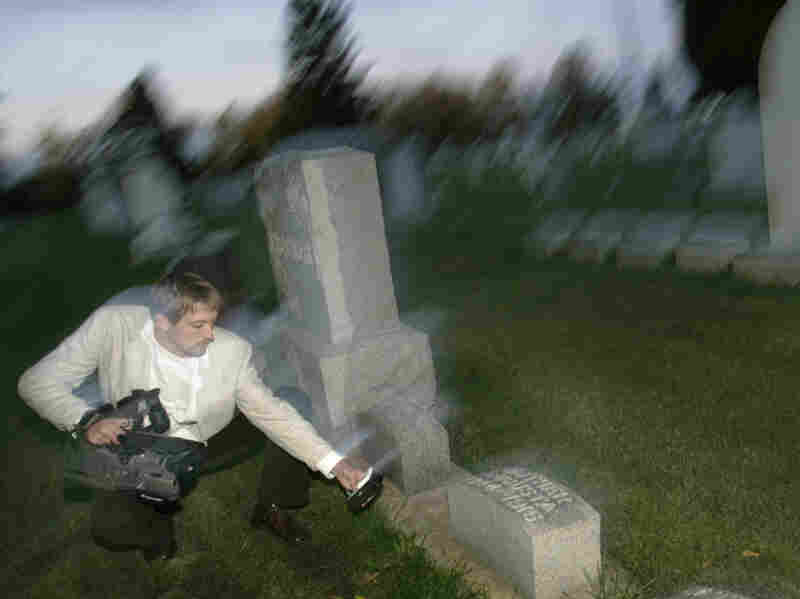 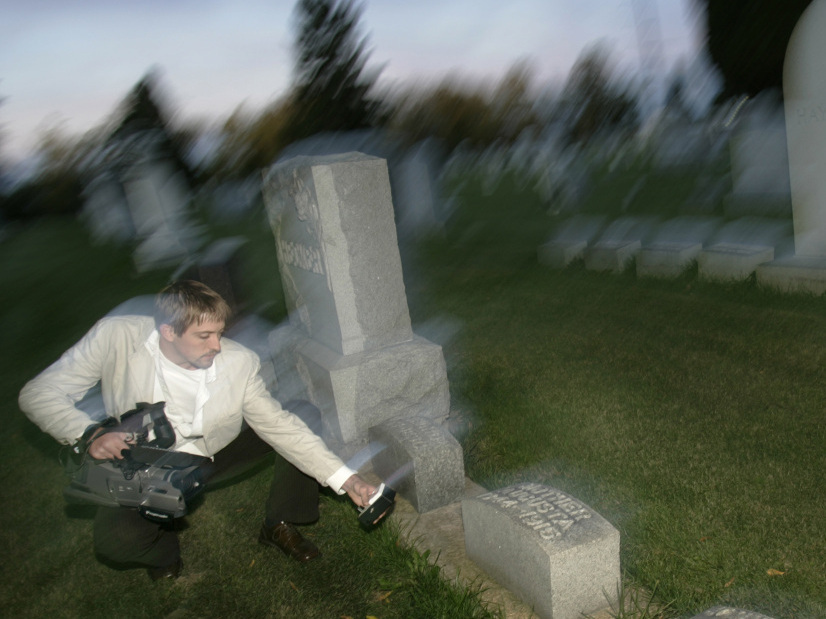 With uneven floorboards and creaky doors, the house is prime real estate for a haunting. Its owner hired a private firm, Richmond Investigators of the Paranormal — or RIP — to scan her property for ghosts.

The RIP team's tech manager, Chris Williams, lists off a few essential gadgets they bring along on investigations, like an electromagnetic field (EMF) detector and a temperature gun.

There's one item in his toolkit that isn't quite so techie, though.

"I always prefer everybody to have one bottle of either holy water or holy ointment," he explains. "I've never had to use it and hope I never will."

The team doesn't encounter anything threatening, but it believes it found one ghost in the plantation's old slave quarters — except it's a cat's ghost, which sort of complicates things.

"Can you purr for us? Are you afraid of dogs?" a team member asks.

The EMF meter reaches a peak with the question about dogs. For them, this evidence paired with some curious pictures from around the house prove it is haunted.

Loyd Auerbach is skeptical of this reliance on technology. He's a professor at a one-of-a-kind parapsychology program at Atlantic University in Virginia Beach, Va., and thinks someone with psychic abilities is better suited to ghost-hunting than someone with a lot of gadgets.

However, Auerbach says technology can provide some clues, which he relates to tracking an invisible boat on a lake.

"We're really using technology to detect the wake of the boat; from that, we can infer that some things are going on in the environment, provided we know there's a boat there to begin with," he says.

This gets at the crux of the matter. Many think ghosts are about as real as, well, invisible boats on lakes.

"Belief in ghosts is just that; it's a belief. In fact, it's a superstition," says Joe Nickell, a senior fellow at the Center for Inquiry, an independent research organization.

Nickell's job is to make scientific sense of what he sees at paranormal investigations. He's found natural phenomena to explain all the evidence ghost-hunters have shown him on their various devices. Nickell says the high EMF readings investigators thought were from the supposed ghost cat are especially suspect.

"They're surprised that they're getting results in an old house, when in fact there are all sorts of non-ghost sources such as faulty wiring, nearby microwave towers, sunspot activity and so on. Even the electronic equipment — the walkie-talkies and TV cameras and all the other electronic gadgetry that they're carrying with them — has electromagnetic fields."

But not everyone needs scientific proof: A Gallup poll from a few years ago found that one-third of Americans believe in ghosts.