Accessibility links
'Tinker, Tailor': The Greatest Spy Story Ever Told At its core, John le Carre's Tinker, Tailor, Soldier, Spy isn't really about espionage, says critic John Powers. The 1974 novel, adapted for the screen in 1979 by the BBC, is actually about secrets and lies and shifting identities — which is to say, a metaphor for our own daily lives. 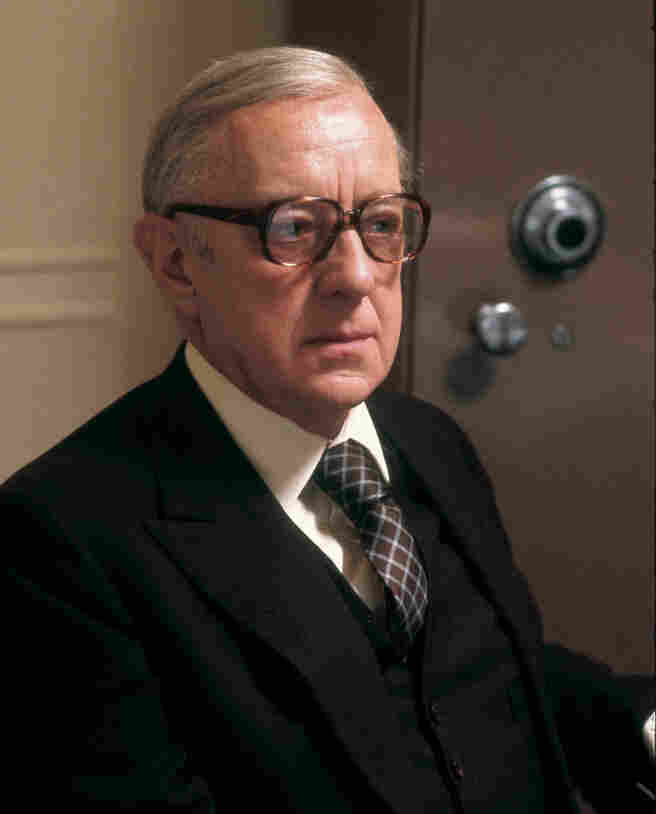 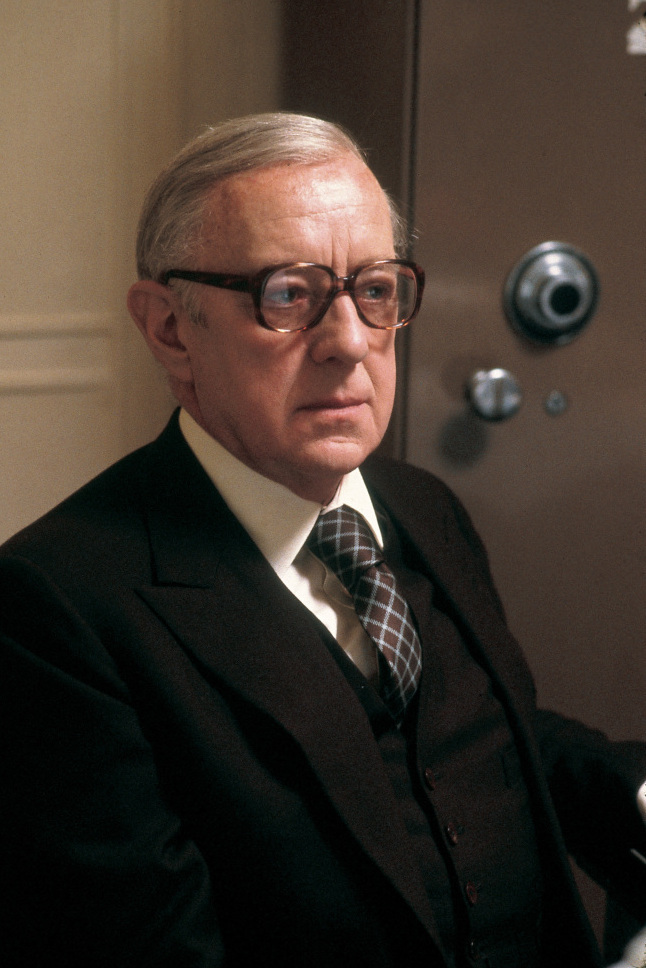 When I was 12, I was hooked on James Bond, both Ian Fleming's elegantly pulpy novels and the cartoonish movies they spawned. One day, my friend's older brother, who went to Harvard, tossed a paperback onto my lap and said, "Here's the real thing, kid."

The book was The Spy Who Came in from the Cold, the 1963 thriller by John le Carre. I opened it expecting a racier version of what I found in 007 — you know, Asian thugs with steel-rimmed bowlers, gorgeous women as sweetly pliable as taffy. What I got was a dankly bitter tale of betrayal ending at the Berlin Wall. I hated it. It was just too sophisticated for the adolescent me.

You see, le Carre wasn't merely a better writer than Fleming, but a reaction against him. Where 007 fought amusingly acronymed groups like SPECTRE, le Carre conjured a Cold War hall of mirrors in which spy craft wasn't about knife fights and hot sex, but about gambits and machinations in which it was hard to tell the good guys from the bad. 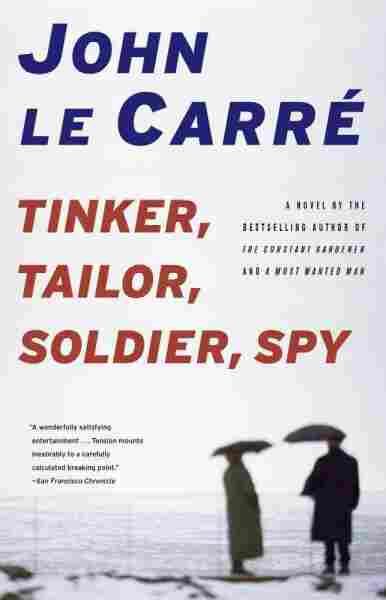 His masterpiece was 1974's Tinker, Tailor, Soldier, Spy — not merely the greatest spy novel ever written, but the source of a 1979 BBC adaptation that's the greatest spy show ever made. In anticipation of a new film version that's coming out in a few weeks — the story, you see, is irresistible — the series has just been re-released on DVD, along with its sequel, Smiley's People. Watching again, I found it every bit as gripping as the first three times I watched it.

The great Alec Guinness stars as George Smiley, an honorable spy chief who's been ousted after a shakeup in British intelligence — known as The Circus. But once it becomes clear that there's a mole, or double agent, high up in The Circus, Smiley is brought back to catch him. He does this in the old school, pre-Google way, by sifting through papers and questioning anyone who might be involved, all in a style that's unsettlingly calm.

Bluntness isn't Smiley's thing. He's like the world's greatest poker player, all quiet observation, laconic dialogue and unreadable reactions. As played by Guinness, a master of the ambiguous smile, Smiley exudes a melancholy kindness that may not be kind, and a knowledge of human frailty that's profound — yet not profound enough to keep his own wife from cheating on him.

When le Carre first became famous, he was celebrated for being so realistic. Yet his fictional world is actually every bit as mythological as Fleming's. It's just subtler. In fact, Tinker, Tailor offers the seductive fantasy of entering a secret world, one imagined with alluring richness. We breathe a conspiratorial mental atmosphere in which Every Single Word might be important. And we encounter an oh-so-proper bureaucracy in which the deadliest snakes aren't the Soviets, but the colleagues slithering around your office. Here, even the most devout patriot will be sacrificed by his own side in the great chess game of Cold War politics.

Stephen Carter On The Artful Thrill Of 'Tinker, Tailor'

Like millions of others, I can't get enough of this stuff, but for a while it all but vanished. You see, le Carre's brand of espionage tale was rooted in the Cold War, which offered the neatness of two opposed sides facing off. When communism collapsed, so did the contemporary spy novel. The West lacked a clearly defined enemy.

Happily for spy stories, though not for the world, it has one again in radical Islam. And almost predictably, we've begun seeing le Carre-tinged espionage stories — like Showtime's current series Homeland, in which Claire Danes plays a CIA agent who doesn't quite trust anyone, not even her own bosses, and PBS's Page Eight, starring the wonderful British actor Bill Nighy as a canny old spy who stumbles upon volatile knowledge he'd sooner not know.

I can recommend both. Yet truthfully, neither can rival Tinker, Tailor, an almost perfect fantasy for those of us less thrilled by shootouts or chases on jet-skis than by the exposure of what lies hidden. In fact, what makes le Carre's spy stories so primally gripping is that, at bottom, they're not actually about espionage. They're about secrets and lies and shifting identities — which is to say, they're a metaphor for our own daily lives. Except, of course, that Smiley's story is really, really exciting.