Accessibility links
As Casualties Grew, So Did Marine Families' Fears When the Marines of the 3rd Battalion, 5th Regiment deployed to Afghanistan, they left behind families who were desperate for information and grew frightened as the death toll grew. For 25 families, the news they received was the worst possible. 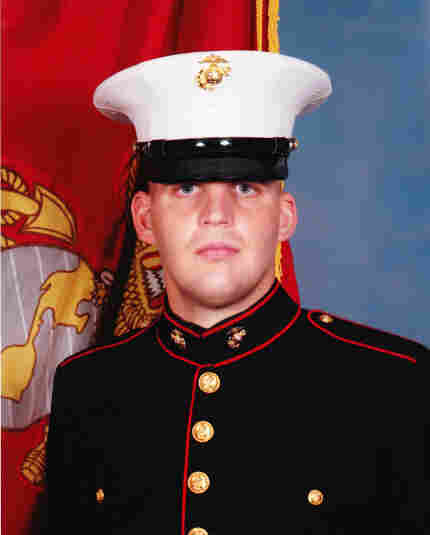 A roadside bomb killed Lance Cpl. James Boelk, 24, while he was on a foot patrol, Oct. 15, 2010. The Darkhorse infantry rifleman was on his first combat deployment. 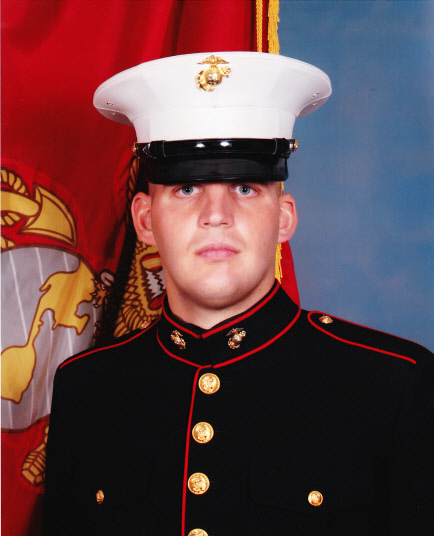 A roadside bomb killed Lance Cpl. James Boelk, 24, while he was on a foot patrol, Oct. 15, 2010. The Darkhorse infantry rifleman was on his first combat deployment.

Courtesy of the Boelk family

Dave Boelk works for the Navy outside Washington, D.C. Every morning when he gets to work, he has a ritual: He turns on his computer and checks the military's classified reports from Afghanistan.

On Oct. 15 last year, he noticed one report in particular.

"It was just talking about an IED explosion and how many people were injured. There was one KIA. I remember making the comment to some of my colleagues, like, wow, my son's unit, somebody died, that really hits close to home," he recalls.

Boelk went about his day. Five hours went by.

"Then I got a call from our daughter. And she said there were two Marines at our house, and immediately, kind of lost my composure at work, obviously. There was just total silence in the office. Of course, what can they say? I just shut off my computers and picked up my bags, and told them I had to go home," Boelk says.

A year after their son's death, Dave Boelk and his wife, Cilicia, sit at their dining room table, steps from the front door where the Marines appeared that morning. That door now includes a banner with a gold star to mark the loss of their son, Lance Cpl. James Boelk.

Cilicia remembers how just before she learned her son died, she felt something was wrong. 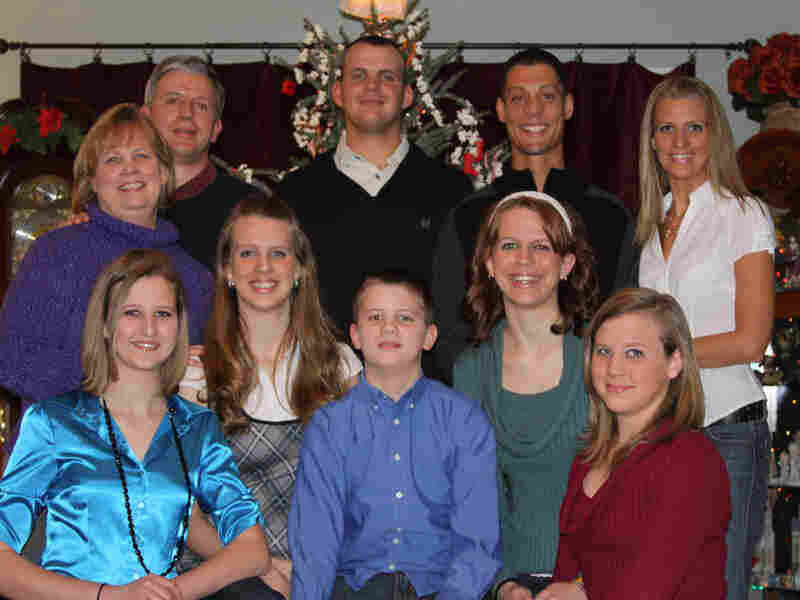 The Boelk family is seen at Christmas in 2009. This is the last family photo that was taken before their son James was killed in Afghanistan. 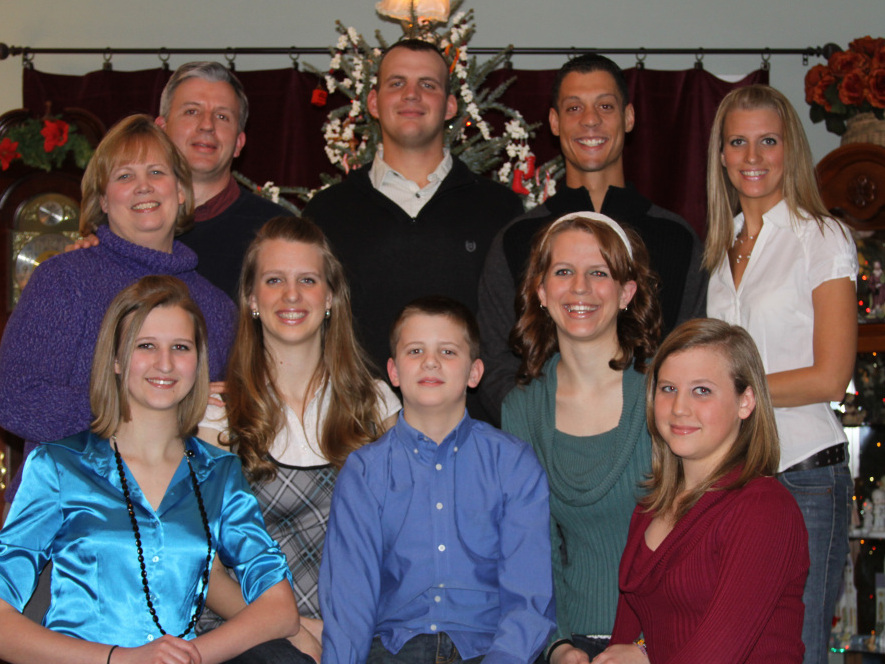 The Boelk family is seen at Christmas in 2009. This is the last family photo that was taken before their son James was killed in Afghanistan.

Courtesy of the Boelk family

"I was uneasy. I was up most of the night," she recalls.

The next morning, she went out on an errand. She returned to their house late that morning, turned into their long driveway, and spotted Dave's car and her daughter's car parked there.

She knew something was wrong.

"Dave met me at the door. He had been crying," Cilicia says.

Dave continues: "I think I asked you to sit down. But by then you already knew."

James Boelk was just 24. He stood 6 foot, 5 inches. Other Marines called him Baloo, after the huge but gentle bear in The Jungle Book. He was on his first patrol when he was killed by a roadside bomb.

He'd made his last call home to his parents a couple of weeks before.

"He said he wanted to make sure that we knew that he loved us," his mother says. 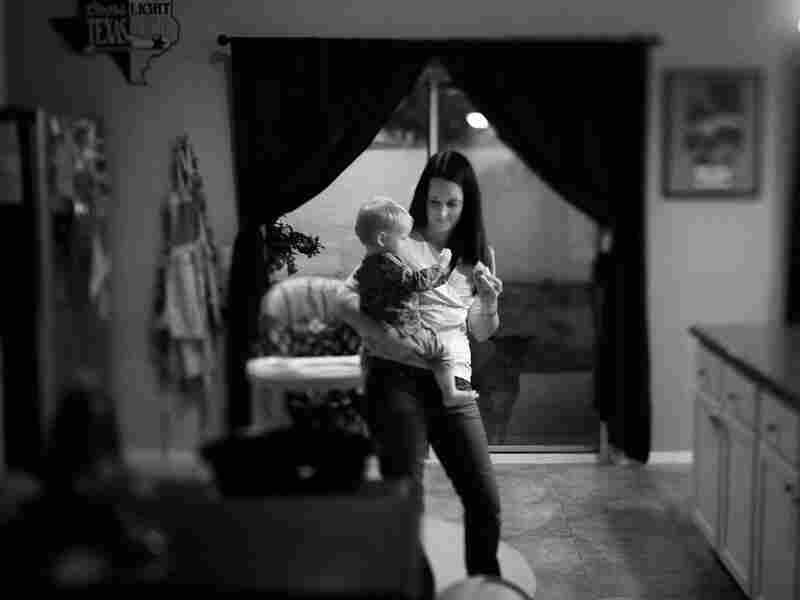 Amy Murray at home with her daughter Harper in Oceanside, Calif. Her husband, Capt. Patrick Murray, with the Darkhorse battalion, returned home from Afghanistan, in April 2011; 25 Marines from his unit did not. 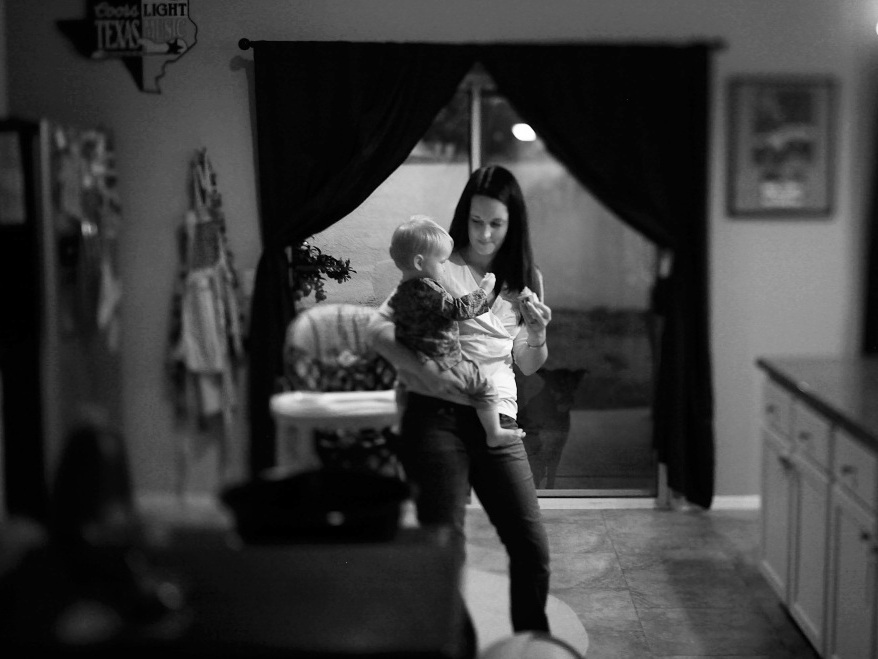 Amy Murray at home with her daughter Harper in Oceanside, Calif. Her husband, Capt. Patrick Murray, with the Darkhorse battalion, returned home from Afghanistan, in April 2011; 25 Marines from his unit did not.

David Gilkey/NPR
'From The Home Front,' An Essay by Amy Murray

'Worried All The Time'

October of last year was the toughest month for Boelk's unit, the 3rd Battalion, 5th Regiment, known as Darkhorse. In a matter of days, they lost not only Boelk but seven other Marines, and many more were wounded.

"There was a lot of confusion and worry," she says. "I mean, you're worried all the time."

Like many of the wives, Amy wanted news — any news — about what was happening. She set up Google alerts for Sangin, for 3rd Battalion 5th Marines — everything.

"I wanted all that information," she says.

The one person who really knew what was going on was halfway around the world in Afghanistan. The Darkhorse battalion commander, Lt. Col. Jason Morris, was focused on the toughest fights of the war. But he couldn't ignore the tug of the home front.

"My wife finally called me one day and said, 'You have got to do something about informing the families,' " he recalls.

Morris says his wife, Jane Conwell, was getting a hundred emails each day. And many had the same question: Why are our guys getting killed and wounded right now? 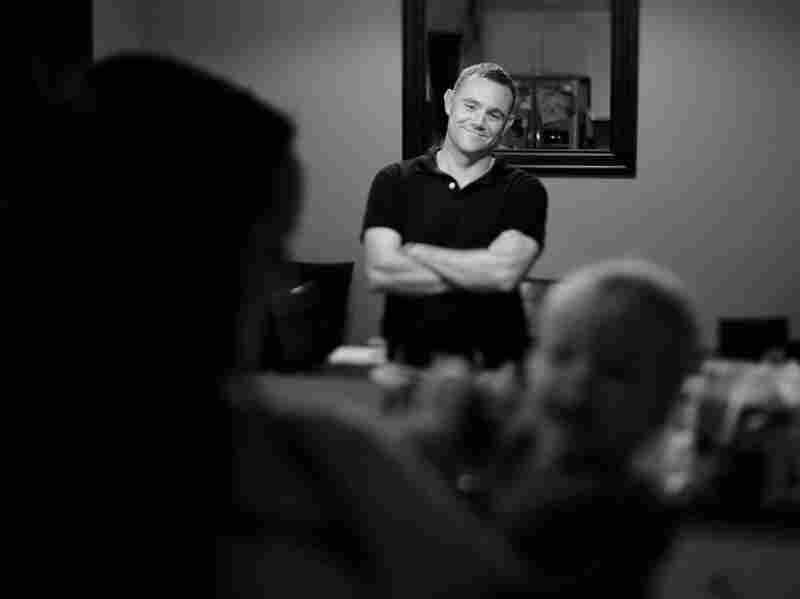 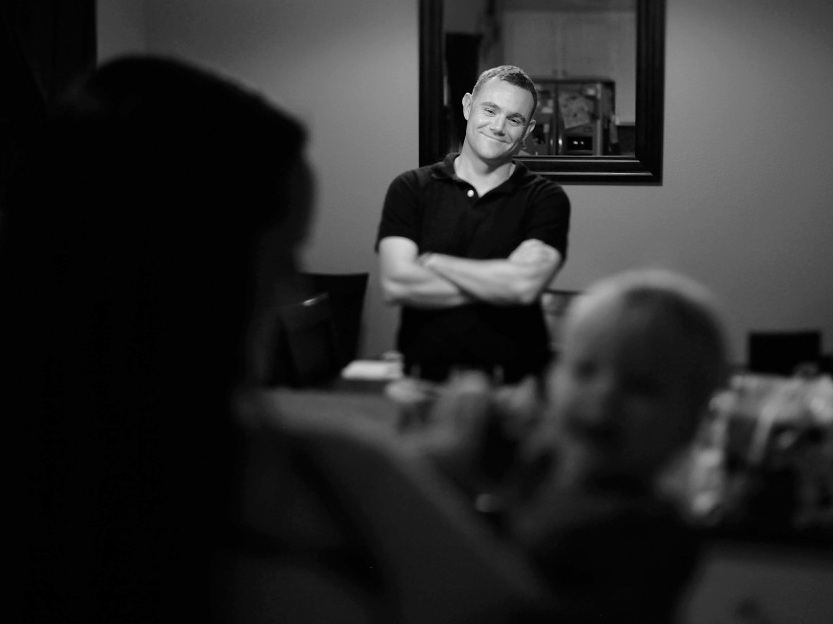 Morris had to find a way to get them more information. So he turned to Kim Reese, the battalion's family liaison back at Camp Pendleton, for help.

She set up a Facebook page for the battalion and helped organized a town hall meeting at Pendleton, where top Marine officers could speak to the families.

Amy Murray, the woman who'd set up the Google alerts, showed up at that town hall meeting. She didn't hear much good news.

"They were really blunt about saying it's bad and it's going to be touchy for a while," Murray recalls.

Melissa Fromm's husband, Brad, was a platoon leader with Darkhorse battalion. It was his first deployment.

"It was 3 a.m. I swear that a doorbell woke me up. And my heart just dropped, and I didn't know what to do," Melissa remembers.

Melissa scrambled for the phone and reached her father — a retired Army officer. She told him that she thought she heard the doorbell ring. That she was scared. That she didn't know what to do.

He told her she needed to go to a window, to go downstairs.

So she made her way downstairs. Ten minutes had gone by. She peered through the peephole in the front door. There was nothing — just the glow of a streetlight and an empty road.

The stress was constant for the Darkhorse families, waiting for their Marines to come home.

"Sometimes you'll see a name, and you're like ... I've heard that name before. Is that my husband's friend, is that one of my husband's Marines, is that one of his Marines' best friends?" Melissa says. "It affects you at some level, no matter what. But of course there's a sigh of relief when it's not your last name."

It didn't get any better over the next few weeks. Darkhorse took so many casualties that even the top officer in the Marine Corps, Gen. James Amos, came to California to meet with the families.

"I was honest with them. I told them it was a tough fight there that their husbands are in, and I told them I didn't see it getting any easier over the next couple of months. I promised them that I was going to go over there and spend Christmas with them," he says.

Amos' voice breaks remembering the scene. He noticed the widow of one Marine sitting there. Her husband had been killed several weeks earlier. He saw some in the crowd wiping away tears.

In the course of seven months, two dozen families would find Marine officers at their door with crisp words of sorrow and regret.

Amy Murray and Melissa Fromm were different: They got a homecoming.

At Camp Pendleton in April, they gathered with other families, and as the buses rolled to a stop — and the Marines jumped off — they raced to meet their husbands.

"You run, you jump, you don't know if they're ready to catch you, but you hope they'll hold on," Fromm says.

Even with all the excitement, there's also some bitter with the sweet.

"I was so happy to see my husband," remembers Murray, "but I was so sad at the same time, because people I cared about, their husband didn't get off the bus."