Accessibility links
Vatican To Host Stem Cell Research Conference The Catholic Church invested $1 million to form a joint foundation with an adult stem cell research company, and its first project is a conference with scientists to discuss the future of stem cell therapies. Some in the scientific community believe the Vatican is trying to undercut embryonic stem cell research. 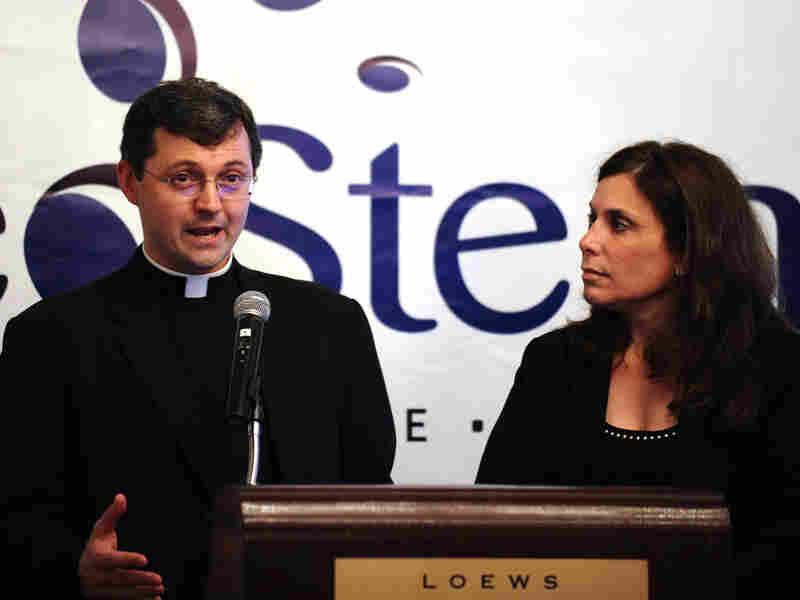 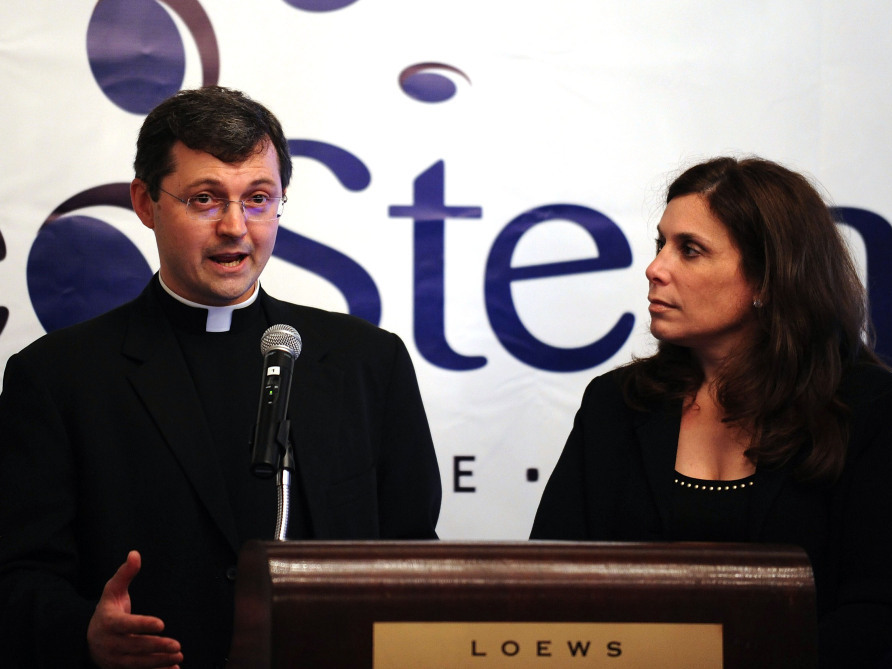 A few years ago, Father Tomasz Trafny was brainstorming with other Vatican officials about what technologies would shape society, and how the Vatican could have an impact. And it hit them: Adult stem cells, which hold the promise of curing the most difficult diseases, are the technology to watch.

"They have not only strong potentiality," says Trafny, "but also they can change our vision of human being[s], and we want to be part of the discussion."

In a rare move, the Vatican decided to collaborate with a private company, NeoStem, to do education and eventually research. The Catholic Church is investing $1 million to form a joint foundation, and next week, scientists from around the world will meet at the Vatican to discuss the future of stem cell therapies.

Trafny, who is chairman of the science and faith department at the Pontifical Council for Culture, says they believe there's a superior alternative to embryonic stem cell research.

"We don't see reason why we have to sacrifice human lives, while we have technologies that do the same without harming anyone and without raising any moral difficulties," he says.

"What people don't realize is for 30 years, we've been using adult stem cells," says Robin Smith, the chief executive officer of NeoStem. "That's called a bone marrow transplant. Diseases like leukemia, lymphoma, multiple myeloma, anemia — this is all part of the standard of care."

"Of course adult stem cell research is really important and very promising for the future of medicine," Sean Morrison says.

But not if the Vatican is using its support to undermine research using embryos, which is what he suspects it is doing. Morrison, a leading stem cell researcher at the University of Texas Southwestern Medical Center, says that at this point, scientists don't know which kinds of stem cells are going to lead to breakthroughs and treatments.

"But until we do the research, we won't know," he says. "And patients in this country won't take any comfort from the idea that people are trying to close off avenues of research that could potentially help them."

Morrison is worried that the Catholic Church will run a misleading campaign against embryonic research. He saw that happen in Michigan, when voters were deciding whether to allow such research. He says the Michigan Catholic Conference used "fear-mongering" tactics in a series of television ads. One raised the specter of "cloning human embryos and killing them for their stem cells" — something that was never considered. Another Catholic-funded commercial compared stem cell research to the Tuskegee experiments. A third suggested researchers would mix human DNA with cow eggs.

"They dressed up actors in cow suits to pretend like we were going to clone cow people," Morrison says. "And of course this was science fiction, and of course it has no truth to it whatsoever. But it illustrates the extent to which they were interested in confusing and frightening the public."

Despite this campaign, the proposal passed.

If there were inaccuracies in the commercials, they must be corrected, says Father Tadeusz Pacholczyk, a neuroscientist and education director of the National Catholic Bioethics Center. He says that the spin runs both ways: Scientists often bury the moral arguments when they tout the promise of embryonic stem cell research.

"When we choose to take advantage of the weak for the benefit of the strong, that's the worst kind of science that we can choose to pursue," Pacholczyk says.

He says, sure, if we spend enough money, embryonic stem cells will probably lead to treatments of disease.

"But the question is not, 'Can we make it work?' " he says. "The question is, 'Should we?' Isn't this something that is so unethical that all men of goodwill should be saying, 'We need to be putting on the brakes here?' "

And that's likely to be the underlying message when scientists meet at the Vatican next week.