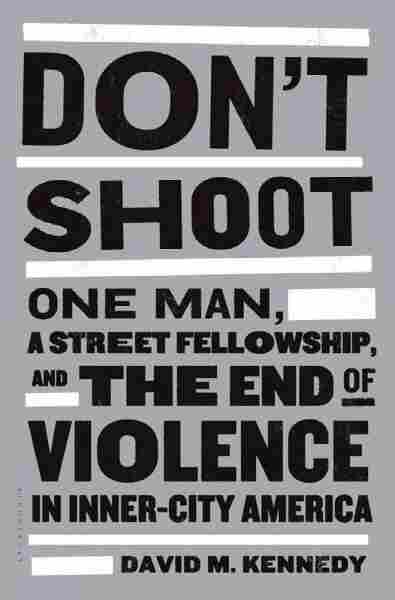 One Man, A Street Fellowship, And The End of Violence in Inner-City America

In 1985, David M. Kennedy visited Nickerson Gardens, a public housing complex in south-central Los Angeles. It was the beginning of the crack epidemic, and Nickerson Gardens was located in what was then one of the most dangerous neighborhoods in America.

"It was like watching time-lapse photography of the end of the world," he says. "There were drug crews on the corner, there were crack monsters and heroin addicts wandering around. ... It was fantastically, almost-impossibly-to-take-in awful."

Kennedy, a self-taught criminologist, had a visceral reaction to Nickerson Gardens. In his memoir Don't Shoot, he writes that he thought: "This is not OK. People should not have to live like this. This is wrong. Somebody needs to do something."

Kennedy has devoted his career to reducing gang and drug-related inner-city violence. He started going to drug markets all over the United States, met with police officials and attorney generals, and developed a program — first piloted in Boston — that dramatically reduced youth homicide rates by as much as 66 percent. That program, nicknamed the "Boston Miracle," has been implemented in more than 70 cities nationwide.

Today, Kennedy directs the Center for Crime Prevention and Control at John Jay College of Criminal Justice in New York City, but he still regularly goes out into the field. The drug world he works in now, he says, is a little better than the one in which he worked in 1985 — but not by much.

"Still, it's almost inconceivably awful in almost all of its dimensions," he tells Fresh Air's Dave Davies. "And no one likes to say this stuff out loud, because it's impolitic, but the facts are the facts. You get this kind of drug activity and violence only in historically distressed, minority neighborhoods. And it is far worse in poor, distressed African-American neighborhoods."

Those neighborhoods are also more likely to be deadly for African-American men — and they're getting worse, says Kennedy, citing grim statistics: Between 2000 and 2007, the gun homicide rate for black men between the ages of 14-17 increased by 40 percent. The rate for men over the age of 25 increased by 27 percent. In some neighborhoods, 1 in 200 black men are murdered every year.

"This is where the worst open-air drug markets are all concentrated," he says. "And quite naturally, law enforcement pays an awful lot of attention to those neighborhoods. ... And the shorthand that you get from cops when you look at these communities is that they look at you and say, 'There is no community left.' "

But there are plenty of law-abiding residents in these neighborhoods that have been overtaken by drugs, says Kennedy. They outnumber the gang members and drug dealers by significant percentages. 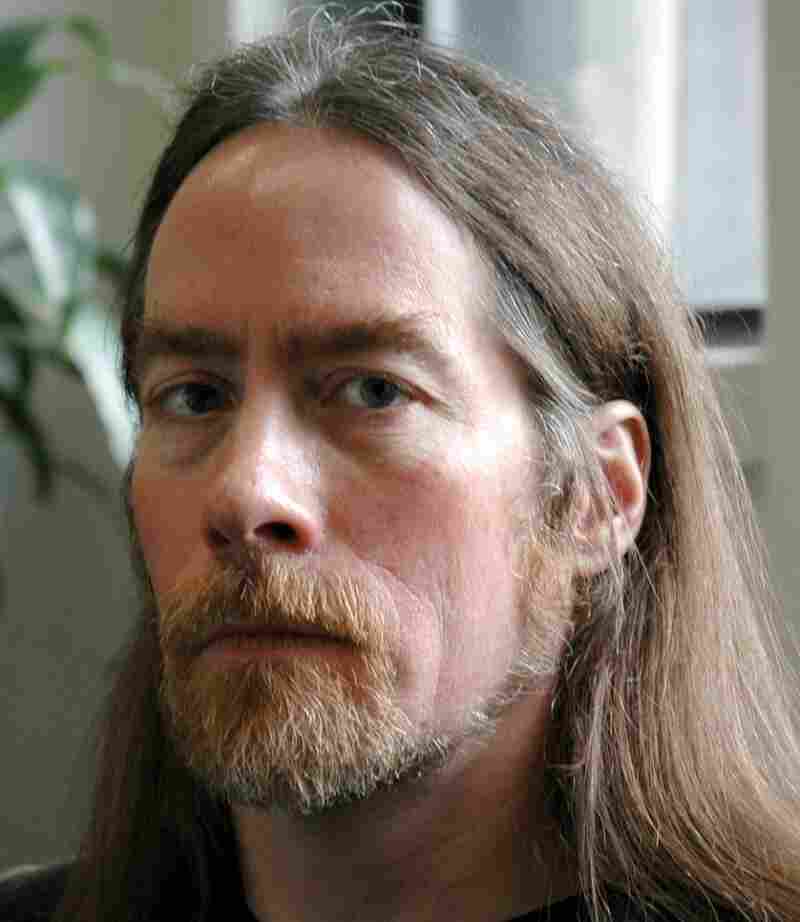 David M. Kennedy is the director of the Center for Crime Prevention and Control, and professor of criminal justice at John Jay College of Criminal Justice in New York City. 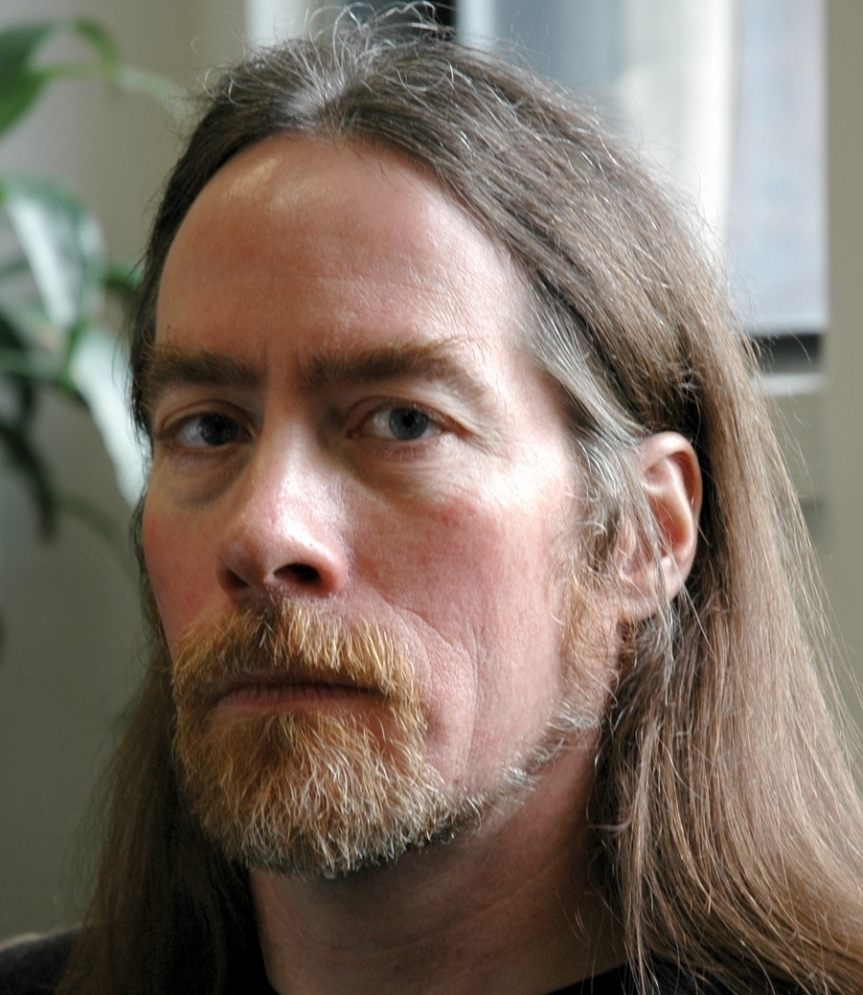 David M. Kennedy is the director of the Center for Crime Prevention and Control, and professor of criminal justice at John Jay College of Criminal Justice in New York City.

"What matters is that these offenders are in the communities in groups," he says. "They are in gangs, they are in drug crews, they are in chaotic groups. And those groups drive the action to a shocking degree."

In Cincinnati, for example, there are about 60 defined gang groups with about 1,500 members.

"[The people] representing less than half a percentage point of the city's population are associated with 75 percent of all of Cincinnati's killings," he says. "And no matter where you go, that's the fact."

Kennedy's homicide-reduction program, called Operation Ceasefire, brought gang members into meetings with community members they respected, social services representatives who could help them, and law enforcement officials who told them that they didn't want to make arrests — they wanted the gang members to stay alive, and that they planned to aggressively target people who retaliated. The interventions worked to reduce the homicide rates.

"In city after city, what we see is you may have to do it once or twice, but as soon as the streets believe that that's what's going to happen, they change," says Kennedy. "In the summer of 1996, just a few months after we implemented this, the streets had quieted down dramatically, and they kept getting better."

A 'Recovering Skinhead' On Leaving Hatred Behind

A variation of Operation Ceasefire was also implemented to shut down open-air drug markets. Instead of arresting drug dealers, the police officers and Kennedy set up meetings with drug dealers — and their mothers.

"We said, 'Your son is at a turning point. He could be arrested right this minute, but we don't want to do that. We understand how much that damages him and his community. There's going to be a meeting in a week. Please come with your son to the meeting,'" he says.

Nearly everybody came. In the meeting, the police reiterated what they had said in previous meetings with gang members: that they wanted the drug dealers to stay alive and out of jail. They also warned that the consequences of not shutting down the drug markets would be severe. In High Point, N.C., where the program was piloted, the open-air drug market disappeared.

"You do one of these meetings ... [and] you can break the cycle in these neighborhoods literally overnight," he says. "All that craziness is gone."

Programs that target specific geographic areas through car and pedestrian stops may also stop crime, but they come at a cost, says Kennedy.

"There's a profit and a loss side on the public safety balance sheet," he says. "And what we see in many places is that while you can bring crime down by occupying the neighborhood and stopping everybody, what you do in the process is lose that neighborhood. ... You fuel the idea that the police are an occupying, inimical force in the neighborhood. You play into these real and toxic racial memories about what came before civil rights. And you can make it work in many places, but you can't stop. You can't ever say, 'We've won. Things are good. Things are stable,' because you have driven them into hiding."

But in High Point, N.C., where Kennedy piloted his cease-fire program, talking directly to drug dealers appears to be working. He recalls a conversation he overheard, shortly after the open-air markets were shut down.