Accessibility links
A Persian Poem Soars In 'Conference Of The Birds' Czech-born artist Peter Sis makes a case for the printed page with a gorgeously illustrated retelling of a 12th century Sufi poem. In The Conference of the Birds, Sis crafts a richly inked parable of a flight of birds that speaks to the painful but beautiful human journey toward understanding. 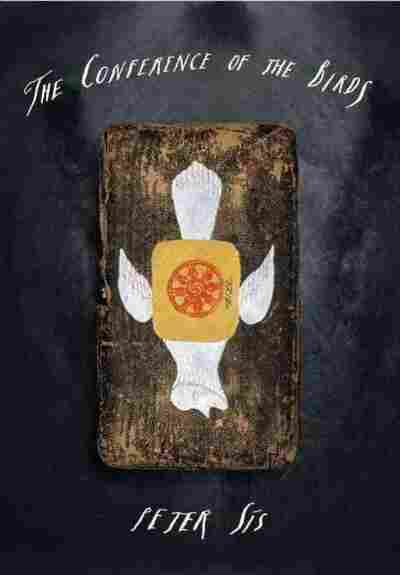 Title
The Conference of the Birds
Author
Peter Sis

If you want to make a case — beyond pop-up books — for what print books can do that e-books can't, look no further than Peter Sis' gorgeous first book for adults, The Conference of the Birds. Sis' lavishly illustrated retelling of the 12th century Persian poet Farid Ud-Din Attar's Sufi epic poem is so exquisitely printed on thick, textured paper that his artwork, featuring ribbons of spread-winged bird formations streaming across mountainous, jewel-toned landscapes, looks like originals, not reproductions. Variations in the richly suffused inks evoke water-splotched parchments. In terms of production, it's a step up even from this Czech-born artist's beautiful Caldecott Honor-winning children's books, which include The Wall: Growing Up Behind the Iron Curtain (2007) and Starry Messenger: Galileo Galilei (1997).

Like The Three Golden Keys — a dreamlike scavenger hunt for his own past that Sis wrote to show his daughter the Prague of his childhood — The Conference of the Birds is a quest narrative. Hundreds of birds embark on a perilous journey across seven treacherous valleys in search of a king who can right the wrongs in their world. They are led by the poet Attar, who has been transformed into a sharp-beaked, crested hoopoe. The troubles that spur them into flight — "Anarchy — discontent — upheaval! Desperate fights over territory, water, and food! Poisoned air! Unhappiness!" — are of course all too familiar in our world.

Sis, who sought asylum in America after being sent to Los Angeles to produce a film on the 1984 Winter Olympics, has championed freedom in all of his books. It doesn't take a literary critic to understand his visceral attraction to birds and flying. He originally illustrated a version of the story of King Simorgh for Jorge Luis Borges' 2005 Book of Imaginary Beings, but this is on another scale entirely. 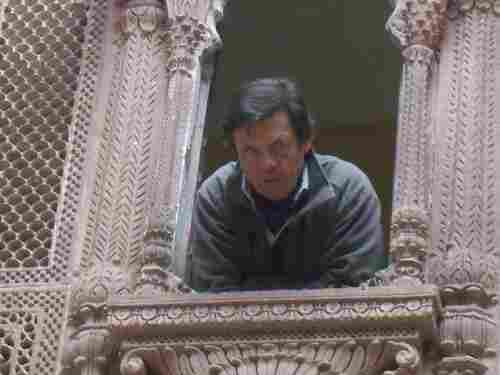 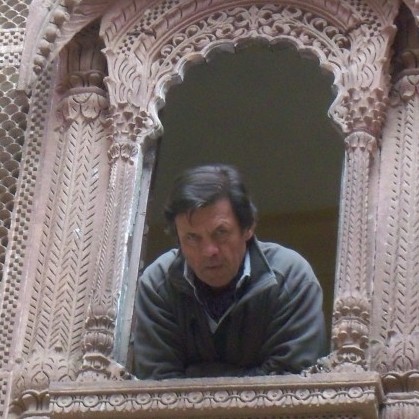 The Conference of the Birds takes readers soaring as Sis shifts perspectives, from wallpaper-patterned long shots to brilliantly detailed full-color close-ups, including a wondrously powerful creature forged from 30 distinct species. Often evocative of Asian scrolls, the book is filled with mazes, circular patterns, geometric peaks, and enigmatic, dreamlike landscapes, all tinted in the rich browns, greens, blues, and reds of earth, air, water and fire. The only exception, bafflingly, is the rather dour dark cover and end pages, but don't let this put you off.

An inspirational parable about the painful but beautiful human journey toward understanding, The Conference of the Birds, with its hazardous passages through what amounts to its own circles of hell, bears more in common with Dante's Divine Comedy than with Richard Bach's wildly popular, trite 1970 fable about a nonconformist seabird, Jonathan Livingston Seagull. Readers looking for inspirational homilies, however, will find plenty here: "When you feel empty, you have to open up your heart and let the wind sweep through it," Hoopoe advises his avian followers. Exhorting them to glide, fly, and soar, he cries: "Love loves difficult things. We're on our way!"

Read an excerpt of The Conference of the Birds