Accessibility links
Mississippi Set To Vote On Measure Defining A Person A personhood amendment on the state ballot would declare that life begins at conception. There is support for the measure in the conservative state but opposition from groups that say its broad language could limit contraception and threaten fertility treatments. 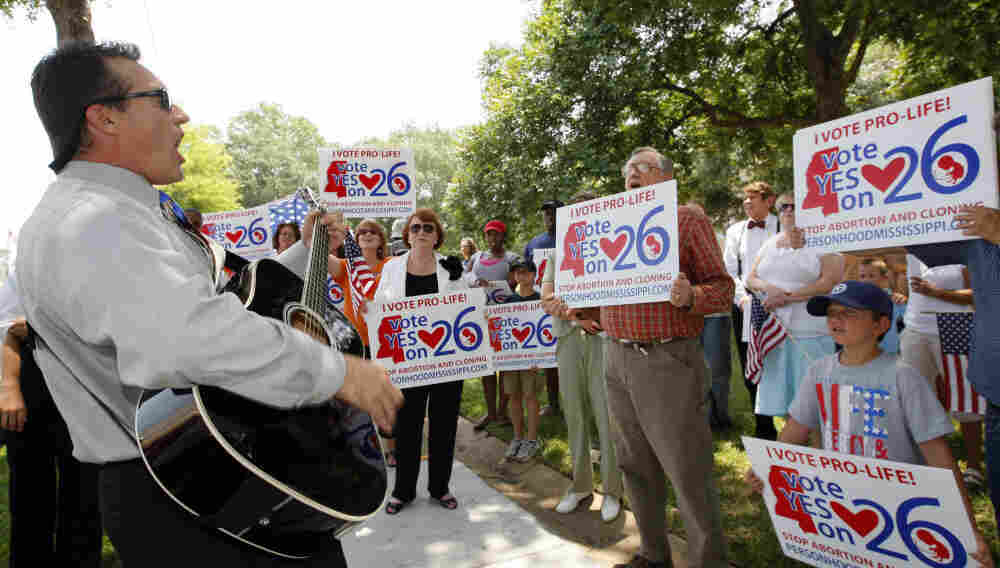 Supporters of a constitutional amendment that says human life begins at the moment of fertilization gather at a prayer rally in Jackson, Miss., in June. Residents will vote on the amendment Nov. 8.

Next week Mississippi voters will decide whether to pass a constitutional amendment that redefines a person. Under the proposal, fertilized human eggs would be considered human beings, which would ban all abortions in the state. But abortion-rights activists say it would also limit contraception and threaten fertility treatments.

Les Riley has worked on the initiative for years, gathering signatures to get it on the ballot. Now, in northwest Mississippi, he's talking to voters and assembling yard signs that urge the passage of Amendment 26. 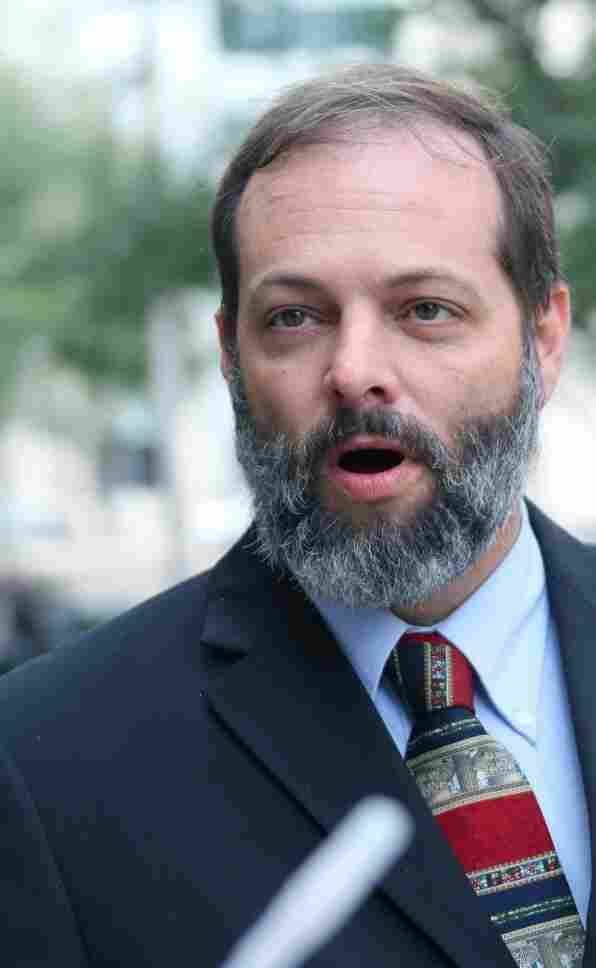 Les Riley has worked for years to get the personhood amendment on the ballot.

"We started out with no money [and] four families in my living room and we ended up with over 2,000 volunteers spread all the way across Mississippi," Riley says.

Part of Riley's strategy is going door to door in small towns like Senatobia. He talks to one woman, telling her there will be a pro-life amendment on the ballot this November.

"It's statewide to help stop abortion in our state ... and I'd sure appreciate your support," he says.

"You can count on it," she responds. "I do not like abortion."

Both candidates for governor in this conservative state are behind the amendment, and the Democratic attorney general running for re-election says he would enforce it. Many groups that traditionally oppose abortion are supporting the amendment, including the American Family Association.

"When the law looks at a woman carrying a child, only the woman has legal rights and the baby doesn't have any rights," says Patrick Vaughn, the AFA's general counsel. "What this would do is say you're looking at two persons. The woman is a person; the baby is also a person."

The measure would ban abortion with no exceptions for rape or incest, but those who oppose it say it's about much more. They contend the language is so broad and vague it could ban some forms of birth control like IUDs and the morning-after pill. They also say it could affect how doctors treat ectopic pregnancies and throw into question fertility procedures.

Atlee Breland formed her own group: Parents Against MS 26. Breland lives in the Jackson suburbs and has a 3-year-old son, Andrew, and had twin girls Katherine and Claire with the help of fertility treatments.

"There's a whole lot of question about what would and wouldn't be allowed, and one of the frightening things to me is that nobody seems to really know for sure," she says.

Breland says even many opposed to abortion think this amendment goes too far. She says it opens the door for too much government intrusion into health care. 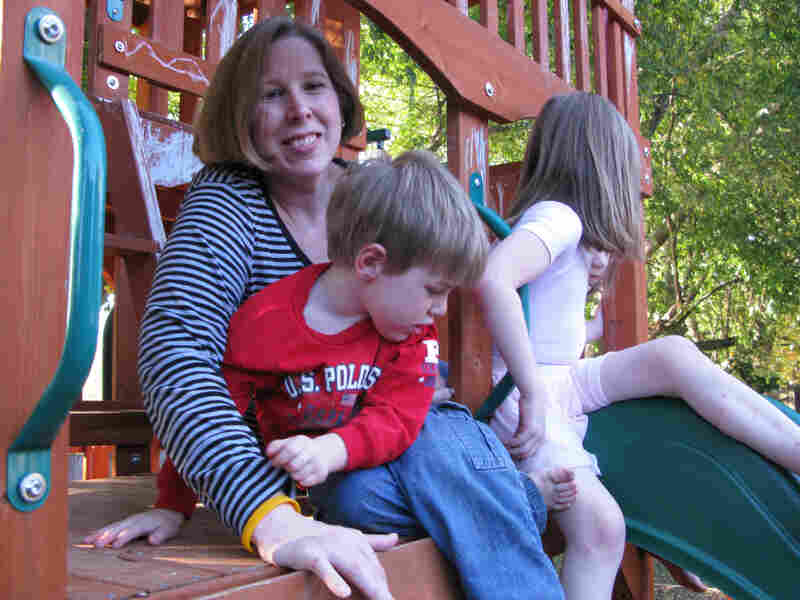 Atlee Breland of Parents Against MS 26 says she had never been an activist until she began working on the campaign to defeat Mississippi's personhood amendment.

The Mississippi State Medical Association won't support the measure, and others directly oppose it, including Doctors Against MS 26. Infertility specialist Randall Hines says theoretically doctors could be charged with murder if an embryo or fetus dies.

If passed, the amendment goes into effect 30 days after the election is certified. But it's unclear exactly what that would mean.

"That's precisely the sort of ambiguity that you don't want," says Alexa Kolbi-Molinas with the American Civil Liberties Union, which opposes the amendment. "You don't want doctors practicing in a sort of unsure environment waiting for a lawsuit or waiting for the legislature to try to figure out what they can and cannot do."

But proponents of Amendment 26 say the state Legislature would have to work out the details of what is banned. They're running an ad that says, "Don't let Planned Parenthood and the ACLU distract you from what's at stake. On Election Day we can vote what we all know: We are persons at the beginning of life."

A similar measure was on the ballot in Colorado twice but failed both times. At a recent high school football game in rural Mississippi, Angela Krimm, a teacher who opposes abortion, says she's not sure about Amendment 26.

"I don't know what the truth is but I do know that people are fired up about this," she says. "There's a lot of heated arguments, because some people say this and some people say that, and I think it's right now just conjecture."

Whatever voters in Mississippi decide, advocates for personhood nationwide say they're trying to get the issue on the ballot in more than a dozen states. Groups are gathering signatures in Florida, Montana and Oregon.

A previous headline incorrectly said that the Mississippi amendment would make a fetus a person. The measure actually referred to fertilized human eggs.