Accessibility links
Punk Rock Grows Up, And Grays, In 'Other F Word' Punk rock has provided the anthems of angsty teenagerdom for decades — but as the genre's idols age, they've found themselves with teenagers of their own. In The Other F Word, director Andrea Blaugrund Nevins profiles punk rockers facing a paradoxical challenge — fatherhood. 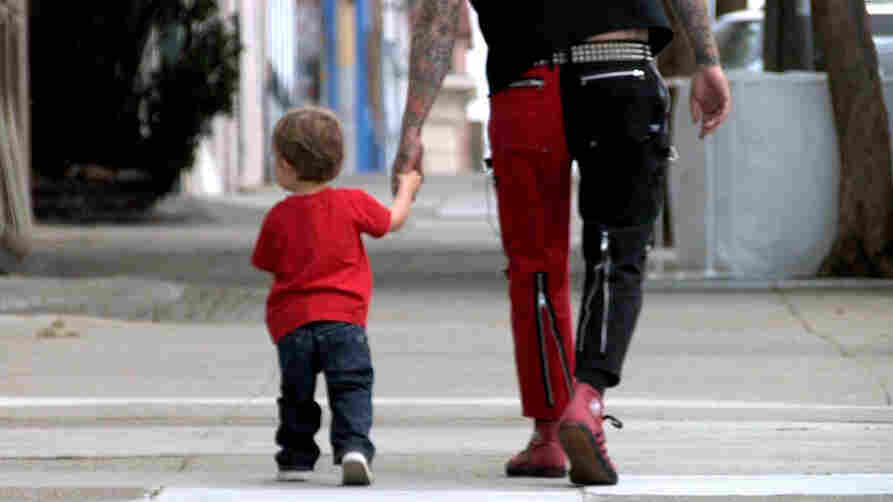 Punk rockers like Lars Frederiksen of Rancid, shown with his son, struggle to reconcile their rebellious identities with their roles as devoted dads. Oscilloscope Laboratories hide caption

Punk rock bands like Blink-182 and Rancid are no strangers to obscenity — it's an integral part of their anti-establishment vernacular. But as the figureheads of raucous teenage rebellion age, they've had to encounter a different kind of "F-word"-- fatherhood. A new documentary film explores this paradox, as serious punk-rock performers make the transition from rebels to responsible family men.

The film's director and writer, Andrea Blaugrund Nevins, sat down with NPR's Robert Siegel to talk about what inspired her to explore the tension behind aging punk rockers-cum-devoted dads — and the surprising lessons she learned from these unlikely philosophers.

Nevins came across the idea when a friend — Cristan Reilly, eventually the film's producer — passed along a book written by Reilly's high-school friend Jim Lindberg, also the lead singer of skate-punk band Pennywise. The book was called Punk Rock Dad, and it explored Lindberg's experience fronting a band whose most popular anthem is "F - - - Authority," at the same time as he was raising three little girls.

"It seemed like a really fun oxymoron to jump into, and we did," says Nevins. With Reilly onboard, "we went down the punk-rock rabbit hole and made this movie," she says.

The transition from punk rebel to mature dad was a sharp turn for most of the musicians. Although Nevins originally conceived of the project as a comedy, she quickly came to realize the real struggle and pain behind these men's experiences with fatherhood. 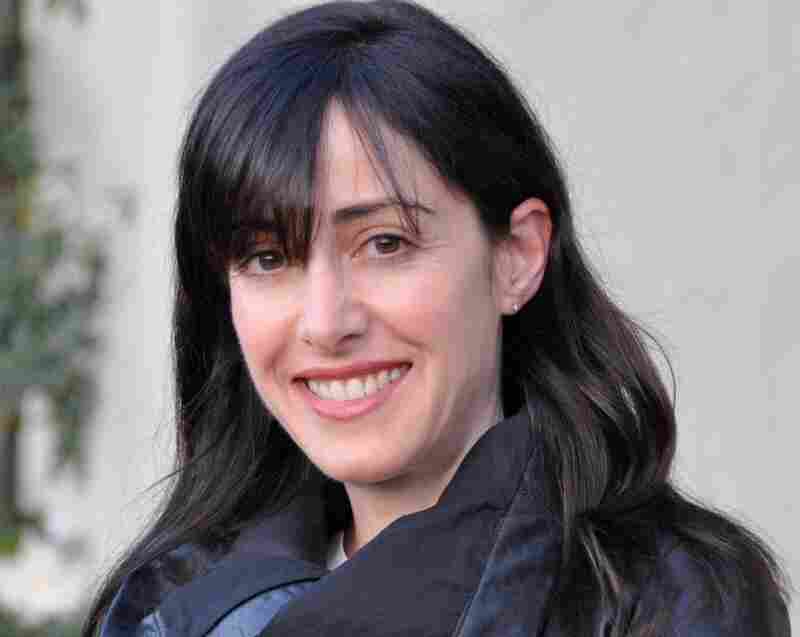 Andrea Blaugrund Nevins, a native of New York, has worked for NPR's All Things Considered and the New York Times. The Other F Word is her first feature-length film. Oscilloscope Laboratories hide caption 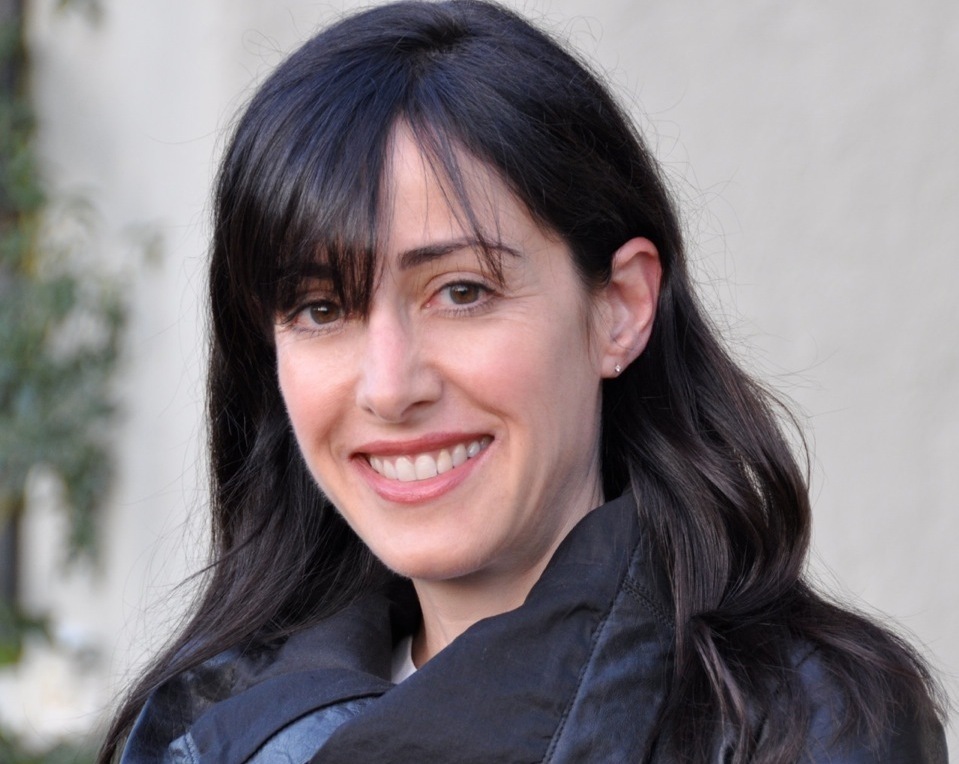 Andrea Blaugrund Nevins, a native of New York, has worked for NPR's All Things Considered and the New York Times. The Other F Word is her first feature-length film.

"I discovered that a lot of these guys were really devastated by their own fathers," she says. "When handed a child, suddenly that all came rushing to the forefront, and they felt like they had to truly be there in a way that their parents weren't."

It was their own childhood experiences, coupled with a profound sensitivity, that led these musicians to their early rebellions, says Nevins.

"They were also very sensitive kids, [...] so they felt they needed to express the outrage that they were experiencing in a poetic way — but not [with] your regular sonnet."

As they now make the transition into aging fathers, the artists Nevins profiles are dealing with more than just the tension between being a working musician and a family man. They also have to reconcile their changing images with their fans' expectations.

"With most musical genres, the audience ages with the artist. But in this case, this is really an art form that speaks almost exclusively to rebellious, angry teenagers," says Nevins.

As these men age, but continue to play to teenage fans, they struggle with questions of authenticity.

"Honesty and authenticity are sort of the watchwords of the punk-rock movement," says Nevins. But if punk rock is still putting food on the table, then it's difficult to decide when to quit, she says.

It's a challenge made even more difficult by the demands — and the decline — of the music business. Not many punk bands are big enough to sustain themselves off only a few shows a year. As CD sales decline, supporting a family requires regular touring, which means being away from their children.

"They used to be able to put out a record and at least be able to feed the kids off of that," Nevins explains. "But now [...] they have to get ticket sales to get paid." 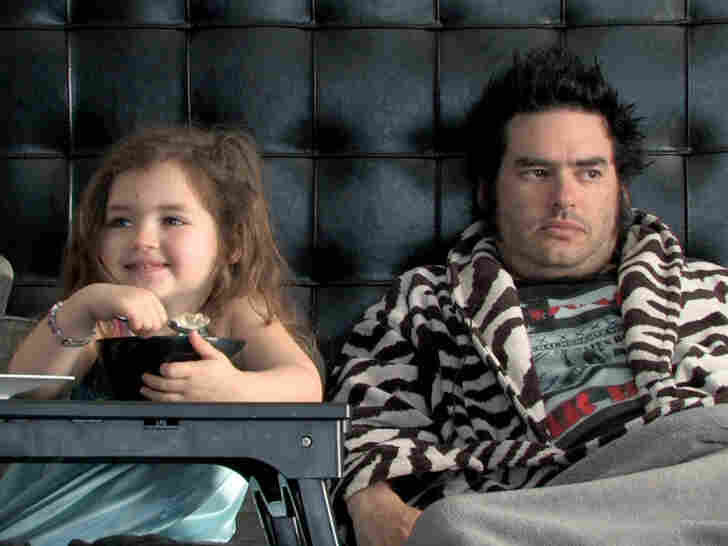 The film offers glimpses into the lives of punk idols from skateboarder Tony Hawk to "Fat Mike" — Michael John Burkett of the band NOFX, shown with his daughter, Darla. Oscilloscope Laboratories hide caption 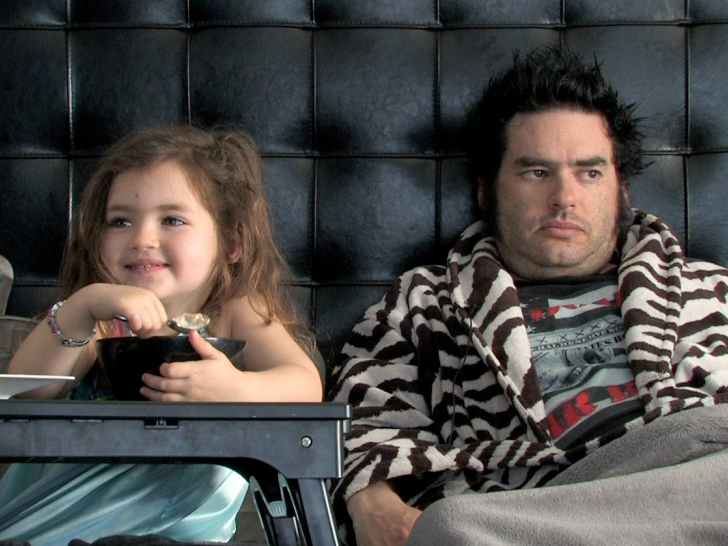 The film offers glimpses into the lives of punk idols from skateboarder Tony Hawk to "Fat Mike" — Michael John Burkett of the band NOFX, shown with his daughter, Darla.

Her work on the film helped Nevins deal with her own questions about the push and pull of work and family.

"It was something that I was wrestling with for a good long time, this decision about how much do you work, and how much do you try and spend time with your kids," she says. "I learned that I have to be there as much as I possibly can," she says.

While the parenting struggles of aging punk rockers might be an extreme example, many parents have to reconcile the choices of their past as they raise their children.

"All of us go through a period where we have to re-evaluate who we are in the world," says Nevins. "We're no longer the person who's rebelling against our parents, and that's hard for everybody on different levels."

For punk rockers, their entire identities are tied to ideas of rebellion and nihilism — making it all the more difficult to assume the role of mature parent.

"Their whole brand, their whole identity is involved in being the rebel. Then how do you come home and send your kids to school and make sure they get their homework done?" asks Nevins.

At least when it comes to sharing their art with their children, punk rockers can always play the clean versions.