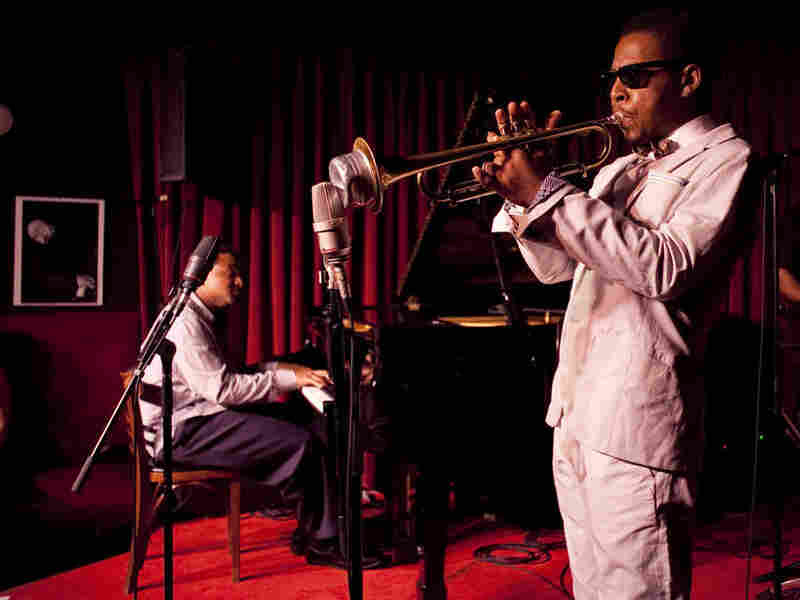 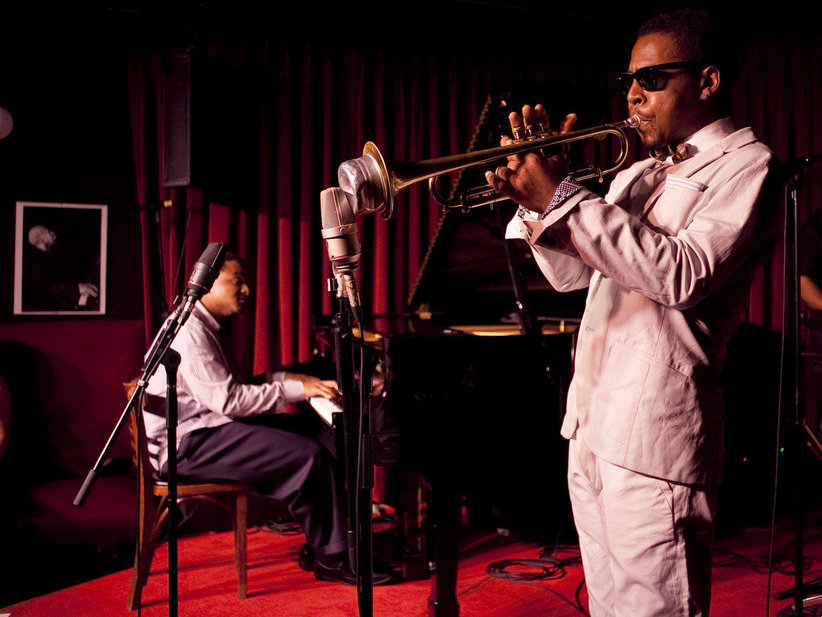 "Is That So" (Duke Pearson)

Roy Hargrove's sets are all music, no banter.

He was born in 1969 in Waco, Texas. In public school, from fourth through eighth grade, Hargrove had one key music teacher, a man named Dean Hill. Hargrove remembers the day Mr. Hill invited a guest to school: David "Fathead" Newman was also from Texas, and lived there for his years in the Ray Charles band. As Hargrove said later, "Fathead came over to our school and played baritone saxophone. ... He soloed over [the marching band and tuba] to demonstrate improvisation. I remember thinking, 'How did he make all that music?' without anything in print." A dozen years later, in 1995, Hargrove invited Newman to play on Hargrove's album Family.

Impressively, although its sets are composed of obscure insiders' pieces with haunting melodies (the way Hargrove likes his melodies), his band doesn't rely on sheet music any more than Fathead did. Two pieces in this set come from Atlanta-bred pianist and bandleader Duke Pearson (1932-80), who in the 1960s was a producer for the Blue Note label — shaping the classic small-group sound — and also co-led a big band at the Vanguard with trumpeter Donald Byrd.

Wynton Marsalis noticed Hargrove when he was still in high school. Marsalis was young, too, and always a talent scout. After graduation, Hargrove spent his first summer working in Europe; in college, he was peppered with job offers. The RCA Novus label signed him, and thus began the non-stop recorded history of the Roy Hargrove Quintet.

Hear The First Set From The The Village Vanguard

Twenty years later, this set extends that story. On May 25, 2011, the first set from Hargove's Village Vanguard show was webcast on NPR Music. Now, on JazzSet, stay for the second set. Though it was played without a word from the stage, the audience gave the Roy Hargrove Quintet more than a two-minute ovation. And, for your information, the two shows that night had entirely different set lists, and this was one night of a two-week run.