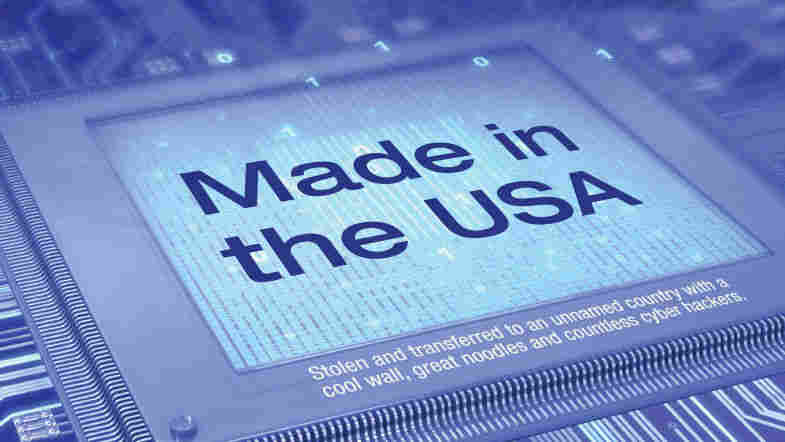 A poster warns U.S. companies of the threat of cyber-espionage. A new report released Thursday names China and Russia as the top culprits in the theft of U.S. intellectual property and technology. Courtesy of the Office of the National Counterintelligence Executive hide caption

toggle caption
Courtesy of the Office of the National Counterintelligence Executive 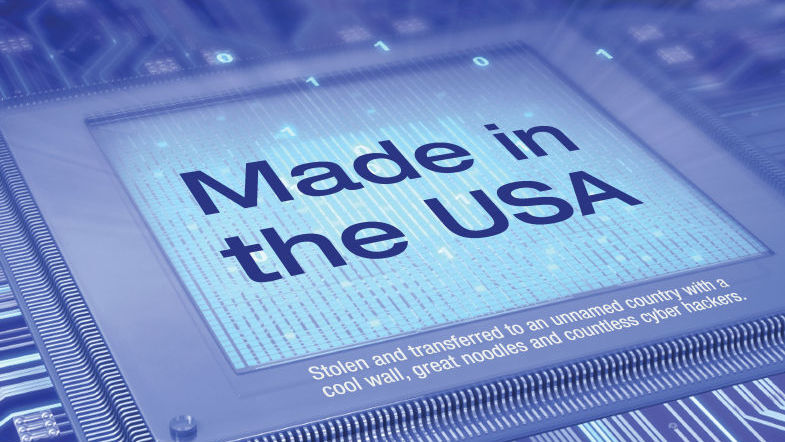 A poster warns U.S. companies of the threat of cyber-espionage. A new report released Thursday names China and Russia as the top culprits in the theft of U.S. intellectual property and technology.

Courtesy of the Office of the National Counterintelligence Executive

Privately, U.S. officials have long complained that China and Russia are out to steal U.S. trade secrets, intellectual property and high technology. But in public they've been reluctant to point fingers, and instead have referred obliquely to "some nations" or "our rivals."

That changed Thursday, with the release of a new report by the Office of the National Counterintelligence Executive to Congress titled "Foreign Spies Stealing U.S. Economic Secrets in Cyberspace." The report names China as the world's leading source of economic espionage, followed by Russia.

"China and Russia, through their intelligence services and through their corporations, are attacking our research and development," said Robert Bryant, U.S. national counterintelligence executive, during an event at the National Press Club in Washington, D.C., presenting the espionage report.

The report is explicit: "Chinese actors are the world's most active and persistent perpetrators of economic espionage," it concluded, while "Russia's intelligence services are conducting a range of activities to collect economic information and technology from U.S. targets."

This theft, according to the report, is eroding the U.S. global economic advantage, which has long been based on technological innovation.

China and Russia are singled out in the report because, in the words of a senior intelligence official, "we have to say who we consider the foreign intelligence services and countries that are doing the most harm."

Alan Paller is research director of the SANS Institute, which does cybersecurity training. Speaking at Thursday's event, he noted how U.S. officials usually only hint that China and Russia are stealing U.S. secrets.

"But no one ever says it. So what's magical about this is that somebody got up and said what everyone knew," Paller said.

Bryant's predecessor as the nation's counterintelligence executive, Joel Brenner, says previous efforts to highlight what China was doing, for example, were impeded by "diplomatic sensitivities or sometimes just by intelligence community culture." In other words, he says, "the tendency in top secret agencies just not to want to be candid.

"It's ... an understandable habit. There's lots of things you can't talk about when you're on the inside, but when you get to the point where the only people who aren't being told the truth are the American public, then it becomes silly," he says.

Presenting his report, Bryant said his agency feels so strongly about the theft of U.S. research and development secrets because the cost to U.S. companies has gotten so great — more, he said, than anyone knows.

"All we know is the losses are extremely significant, and they're extremely harmful to our national well-being," he said.

U.S. Being 'Slowly Hollowed Out'

U.S. intelligence officials say Chinese leaders believe the next decade is a window of strategic opportunity for their country. They want to catch up economically to the West. To do that, they need Western technology, because they don't have the same tradition of innovation that the U.S. has.

They can demand that foreign companies that want to do business in China must first share their technology — or, the Chinese can simply steal it, largely through cyber means.

In the case of Russia, the intelligence report quotes President Vladimir Putin as saying that the Russian intelligence service should "more actively protect the economic interests of our companies abroad."

Brenner, who has a new book titled America the Vulnerable, points out that U.S. technology is what drives the American economy.

"When we lose that technology, the ultimate result is that somebody in a foreign country is opening a factory and hiring workers, and somebody in the United States is closing a factory or laying off or not hiring workers. And so this is not just a problem for the military and the State Department and the owners of companies, it's a problem for the country. We are being slowly hollowed out," he says.

Among the areas that China, Russia and other governments are said to be targeting: pharmaceuticals, aeronautics and advanced manufacturing techniques. They're all areas where the U.S., until now, has had a competitive advantage.