Accessibility links
Baby Boomers Remain Skeptical Of Establishment The baby boomer generation came into politics with a liberal challenge to the establishment, but that hasn't made it a reliably Democratic voting block. This middle-aged group is deeply dissatisfied with the economy and frustrated with the president. 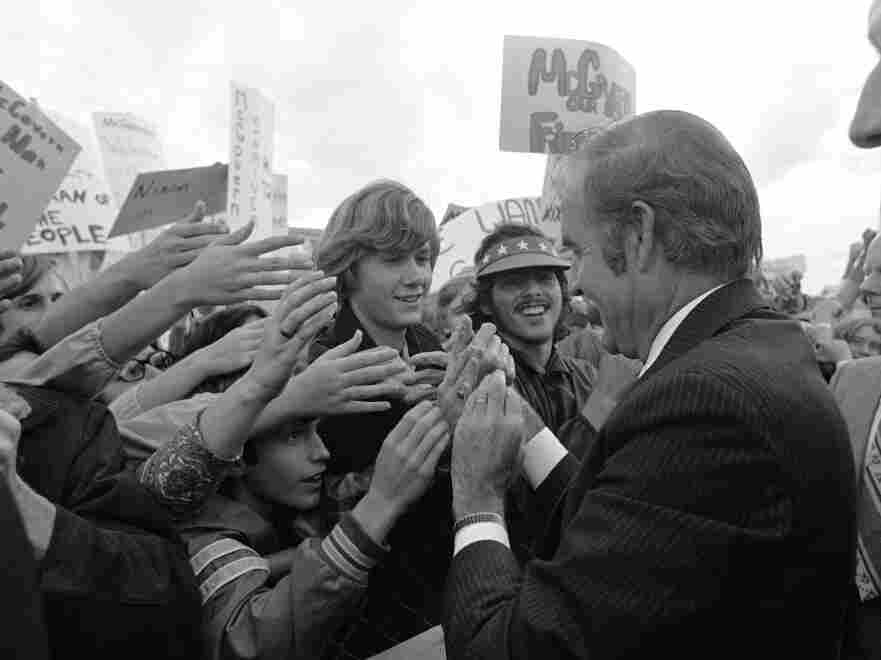 Democratic presidential candidate George McGovern greets young admirers in his home state at an airport rally in Sioux Falls, S.D., in 1972. Many baby boomers voted for McGovern in their first election, against Republican candidate Richard Nixon. In 2008, boomers narrowly backed President Barack Obama, but they swung over to Republicans in 2010. AP hide caption 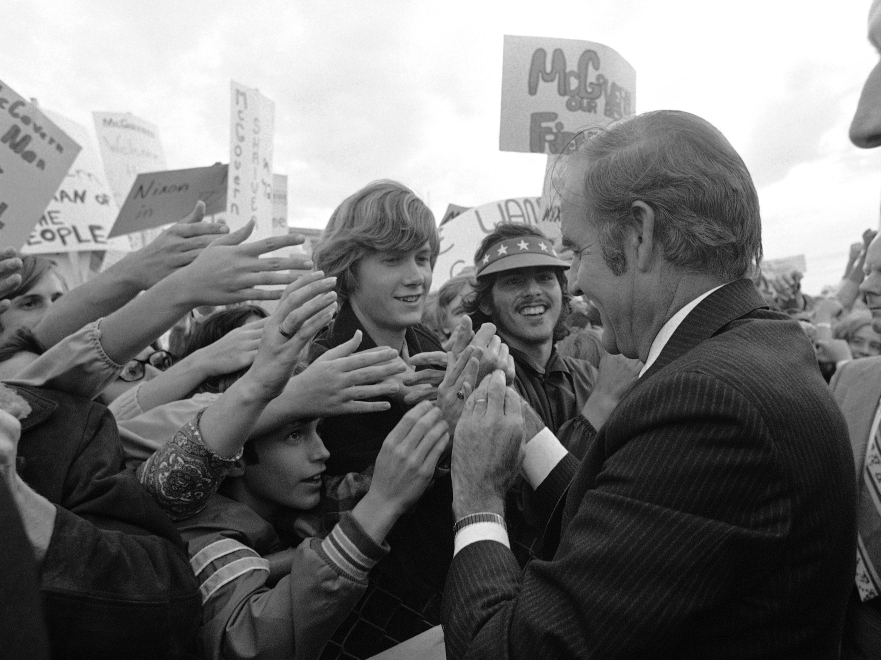 Democratic presidential candidate George McGovern greets young admirers in his home state at an airport rally in Sioux Falls, S.D., in 1972. Many baby boomers voted for McGovern in their first election, against Republican candidate Richard Nixon. In 2008, boomers narrowly backed President Barack Obama, but they swung over to Republicans in 2010.

The baby boomers were born in the two decades after World War II and known for their anti-establishment liberalism in the 1960s. But their beginnings have not made them a predictable Democratic voting block. In 2008, boomers narrowly backed Barack Obama, but they swung over to Republicans in 2010.

It should come as no surprise that the baby boom generation is a bit hard to pin down in its politics. After all, it represents 37 percent of the voting age population, bigger than any other age group. And the boomer birth years of 1946 through 1964 cover a lot of time — historic milestones included a moon landing, Vietnam, Watergate and the arms race.

In Portland, Maine, which happens to be the U.S. city with the highest concentration of baby boomers, former construction worker Peter Duffy, now 57, recalled that his first presidential election was 1972, when he voted for South Dakota Democratic Sen. George McGovern against Republican candidate Richard Nixon. 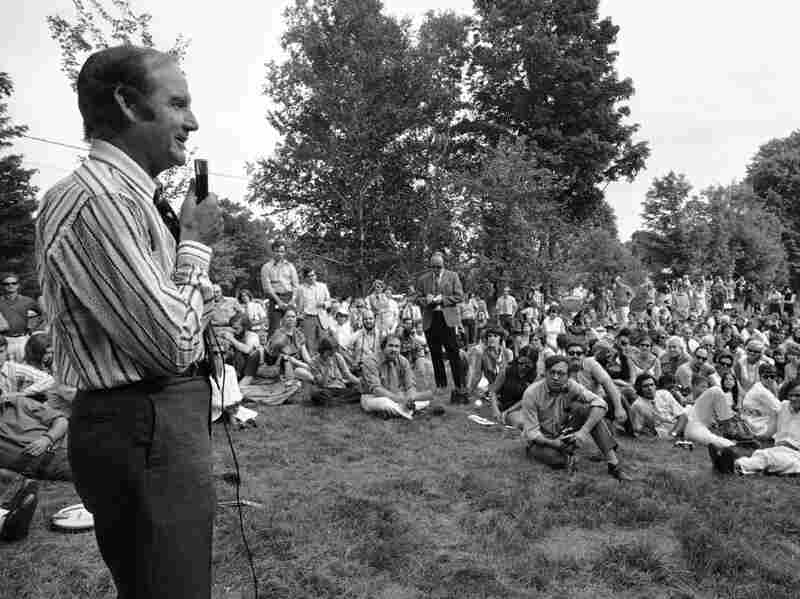 Sen. George McGovern speaks to a crowd in Vermont in 1971. Many baby boomers started out with liberal politics; now their views are harder to pin down. Bob Schutz/AP hide caption

Though Duffy says he is still a Democrat, he says he thinks government "should be run by businessmen and not politicians."

Duffy says he has voted for Democrats and Republicans over the years. He backed President Obama in 2008 but this time he is considering the Republicans — especially Mitt Romney.

Carroll Doherty of the Pew Research Center says many baby boomers voted for McGovern in 1972. Baby boomers were McGovern's strongest voting block in a landslide loss that year.

"They've moved quite a distance since then," Doherty says. "And just over the past decade an increasing percentage of boomers say that they identify themselves as conservatives and they're taking more conservative views on the role of government."

But ask a baby boomer who the best president of his lifetime has been and the top two answers are Ronald Reagan and Bill Clinton.

Baby boomers' biggest worry is the economy. Savings and investments have taken a hit, along with the value of their homes. Two-thirds say they expect to delay retirement for financial reasons.

And they feel the squeeze between the cost of kids in college and the needs of aging parents.

"The whole college education cost is a whole other topic," says Anne Romano, a 60-year-old in Portland. "I mean, along with health care, that's a really hot topic for me."

Romano also cares for her elderly mother as well.

"I will watch what she does," Romano says. "She doesn't have a lot of money; she has to be very careful and if she needs money I would chip in."

Romano says she voted for President Obama and thinks he deserves a second term, even though she is frustrated by the state of the economy.

The Pew study shows that older boomers, like Romano, tend to vote more Democratic and younger boomers more Republican. As a group, more than half of all baby boomers today say government should be smaller, and there's a clear trend in that direction. But Doherty adds that it's still not clear.

"They favor the Republicans on some key issues," Doherty says. "You know, notably things like the deficit, but they favor the Democrats on Social Security so they're kind of conflicted at this point at a year ahead of the election."

As a result, the baby boomers remain very much a swing segment of the electorate. But there has been one constant for the members of this iconic generation, going back to the time of Watergate and Vietnam. They expressed a deep lack of trust in government back then — and that lack of trust persists today.