Accessibility links
Catherine The Great: First She Read, Then She Ruled Biographer Robert Massie explains how Catherine II read books to escape the misery of her unhappy marriage. When she became empress in 1762, she championed the ideals of the French Enlightenment during her 34-year reign over Russia. 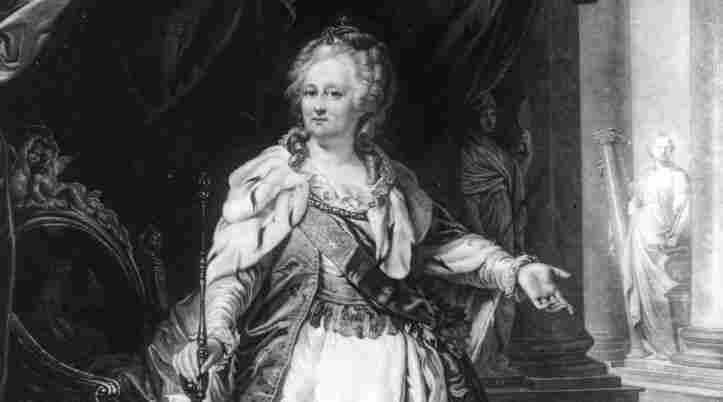 Catherine The Great: Empress of Russia Catherine II championed the ideas of the Enlightenment during her 34-year reign. Hulton Archive/Getty Images hide caption

How did a German princess from a minor noble family become the empress of Russia, and win the praise of Voltaire, Montesquieu, Diderot and other giants of The Enlightenment? In Catherine the Great: Portrait of a Woman, Robert Massie explains the story of Catherine II, who ruled Russia for 34 years. 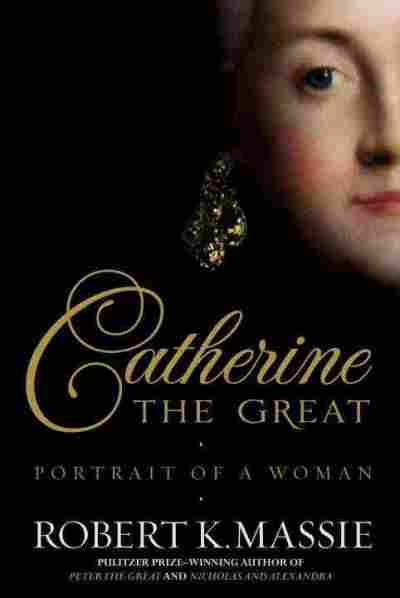 Portrait Of A Woman

So how does a German teenager become the empress of Russia?

"That is what makes this such a great story," Massie tells NPR's Scott Simon. Empress Elizabeth — daughter of Peter the Great — couldn't have children. Her nephew, who became Peter III, was raised in Germany, so Elizabeth reached out to his distant cousin — young, German Catherine — to be Peter's wife, Massie explains.

The marriage wasn't a happy one. "Peter was a very strange man, to put it mildly," Massie says. "He was childish into his late adolescence, and he was strange throughout his life."

Peter played with little toy soldiers all the time — and wasn't particularly interested in his wife. "He was glad to see her, because she was German and he was German," Massie says. "But he had no romantic or sexual interest in her at all."

For the nearly two decades before she became empress, Catherine endured a miserable marriage; her husband didn't pay attention to her, and she was under constant pressure from the empress to produce a child. To escape, she began to read.

"She had been a bright child; her languages then were French and German, [and] she learned Russian," Massie says. "She began to read the great philosophers of the French Enlightenment. And in that way, she developed a philosophy of rule."

It was that "benevolent despotism" — as Voltaire called it — that she put into play when she became empress after Peter was assassinated in a coup d'etat in 1762. It was in that coup that Catherine met one of her many romantic partners, Grigory Potemkin — a young cavalry officer, 10 years her junior. 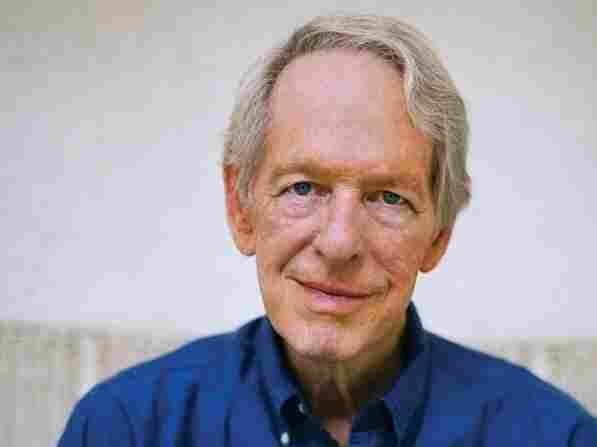 Robert Massie is also the author of Peter the Great, Nicholas and Alexandra and The Romanovs. Alex Remnick/Random House hide caption 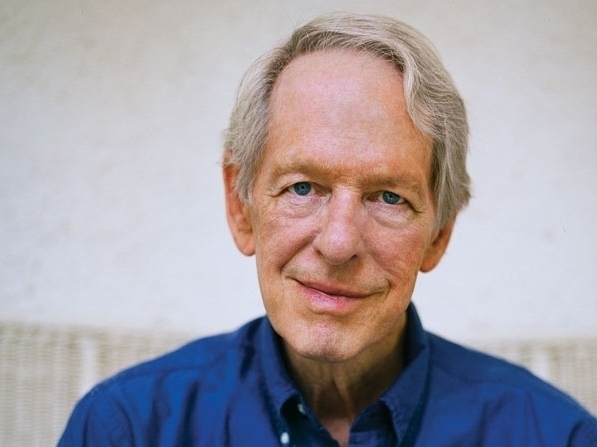 Robert Massie is also the author of Peter the Great, Nicholas and Alexandra and The Romanovs.

Massie Explains How He Came To Devote His Career To Researching Russian Royalty:

"My first child, my son Bob Jr., was born with hemophilia ... a genetic disease. We didn't know where this had come from; we knew nothing about this. This was 50 years ago.

"I knew a little, not much, about the most famous hemophiliac, the son of Nicholas II, the last czar. I started going down to the New York Public Library on my lunch hour and reading what I could find. I learned a lot about Russia. ... We went to Russia and I learned the Russian language to some degree, and I wanted to keep going."

"He joined her circle," Massie says. "He was a very, very bright ... big, powerful man. He was very interested in theology [and] music ... and he had this ability to imitate people." At Catherine's request, he did an impressive imitation of her — Russian spoken with a German accent — and she burst into laughter.

"Their romance, their relationship, was extraordinarily passionate," Massie says. Many of their letters are included in the book — "they're almost burning the page," he says.

But it didn't last. They started to fight and their relationship broke apart. "They reached an arrangement ... they stopped living together," Massie explains. "He went off to the South, conquered the whole of the Black Sea coast for Russia. He became her viceroy. They still loved each other, but at a distance. And both had other partners."

In the acknowledgments at the end of the book, Massie says that he's going to miss the company of Catherine the Great — the little girl with aspirations, the frustrated young woman trapped in an unhappy marriage, and ultimately, the powerful empress who took comfort in younger men, who helped her forget she was getting old.

"The whole story of the life as it unfolded was absolutely fascinating," Massie says. "I have four daughters. ... I think that Catherine is almost a lesson book. There were lots of moments of despair, but she carried on. She carried through. She's an example. She won. ... I found that exhilarating, and in a sense, reassuring."

Read an excerpt of Catherine The Great