Accessibility links
A Global History, Told Through '100 Objects' For the book A History of the World in 100 Objects, the director of the British Museum chose 100 objects from his institution's collection of thousands to tell a surprisingly comprehensive history of the world. 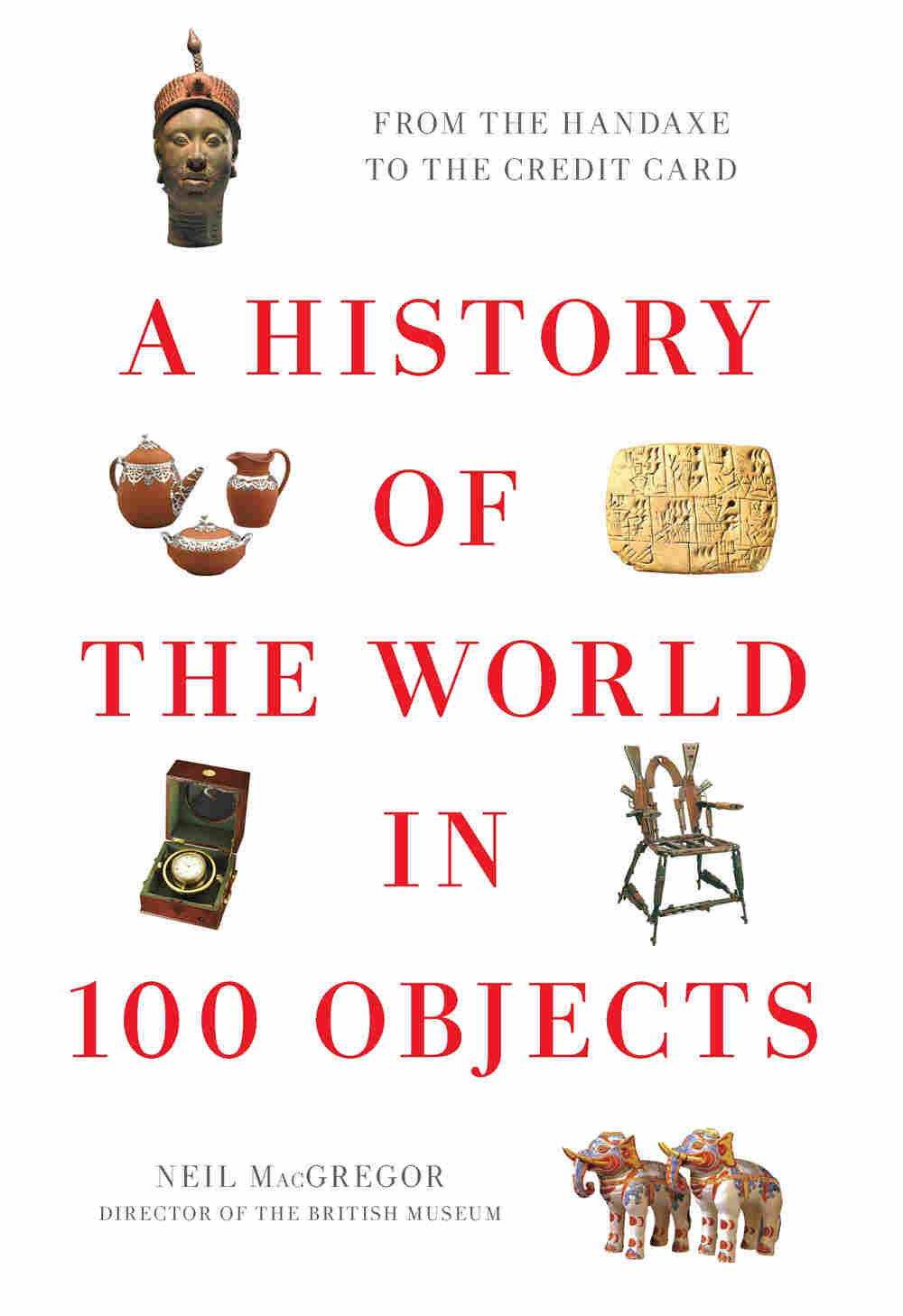 A History of the World in 100 Objects

Sometimes it's the little things that tell the best story. Across the ages, everyday items like plates, pots and even pipes have stood the test of time — and they are just as integral to our history as any monument or cathedral.

A new book takes a selection of these everyday objects and weaves their stories together to tell the ultimate story — a history of the world. In A History of the World in 100 Objects, author Neil MacGregor, the director of the British Museum, culled 100 artifacts from his museum's collection to help him with the task.

"The whole project is an absurd one, obviously," MacGregor tells NPR's Scott Simon. "To try to tell a history of the world anyway, let alone in 100 objects."

From Antiquity And Beyond

To tackle such a daunting challenge, MacGregor first established some ground rules. He decided to start at the very beginning — with the museum's oldest object — and select artifacts through the present day. Within the 2-million-year interim, MacGregor and his team made sure to regularly select objects from different continents.

"We'd keep trying to go around the world so that we would keep spinning the globe at different moments and see what people are up to," he says.

"There were rules to this ridiculous enterprise," he jokes.

The British Museum's oldest object is the Olduvai chopping tool, and MacGregor made sure this unassuming bit of stone was at the top of his list.

"If you saw this [stone] lying on the road or on a beach, you would certainly walk past it," he says. "But when you look at it more closely, you can see that that sharp edge has been very carefully chipped." 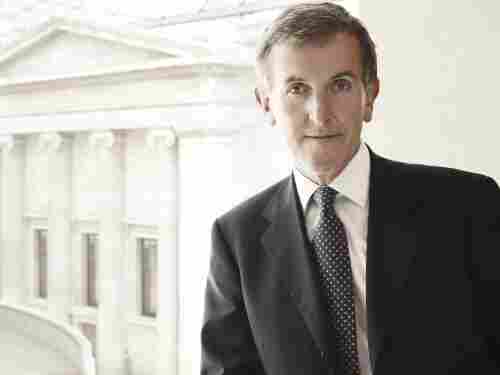 Neil MacGregor has been the director of the British Museum since 2002. Viking Press hide caption 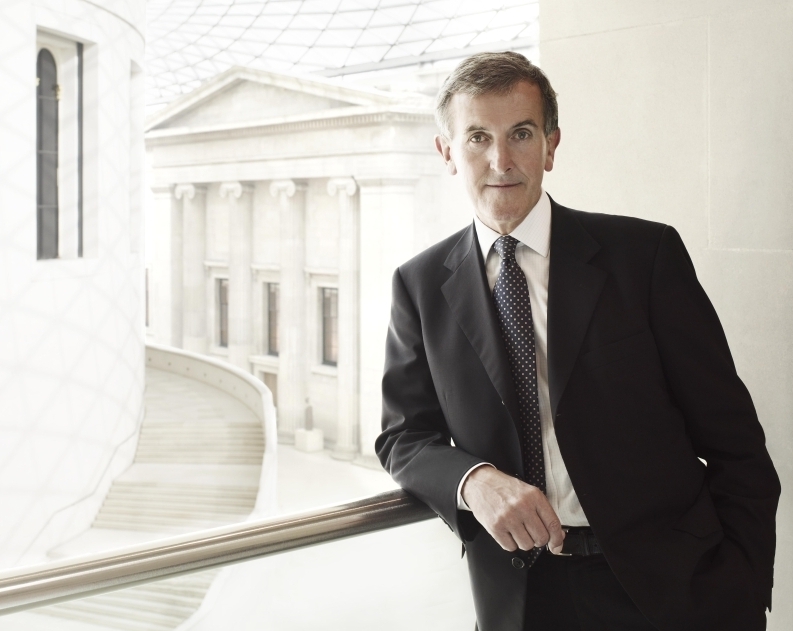 Neil MacGregor has been the director of the British Museum since 2002.

Powered by the Sun

Created in Tanzania about 1.8 million years ago, the tool is one of the oldest objects any human has ever made. The Olduvai stone helped humans to strip the meat off dead animals and break their bones for marrow, giving them the protein needed to help their brains grow.

"[It's] really where the whole story of us making things begins," MacGregor explains. "That's why we're all here today."

In Pursuit Of Pleasure

In addition to fundamental tools like the chopping stone, MacGregor sought to include objects used for pleasure. One such object is from America's own backyard: a North American otter pipe from Ohio.

"One of the great pleasures for a lot of humanity has been smoking. It's not something one should say very loudly in public, but for most of history it appears to have been true," he says.

The otter pipe was found among a collection of little stone pipes that were interred 2,000 years ago in burial mounds in Ohio.

This particular pipe, which is about the same size as a kazoo, was carved in the shape of an otter. MacGregor guesses that the pipe's otter design was intended to add something extra to the user's smoking experience.

"As you smoke it, you're eye to eye with this little animal that appears just to have bobbed up from below the water, he says."Tobacco was probably mildly hallucinogenic, so presumably you and the otter really got going into some kind of relationship as you had your smoke."

Part of this object's appeal is the mystery of its design, says MacGregor. "We've just got to imagine why you would want to make a pipe in the shape of an otter and what actually smoking it would be like." 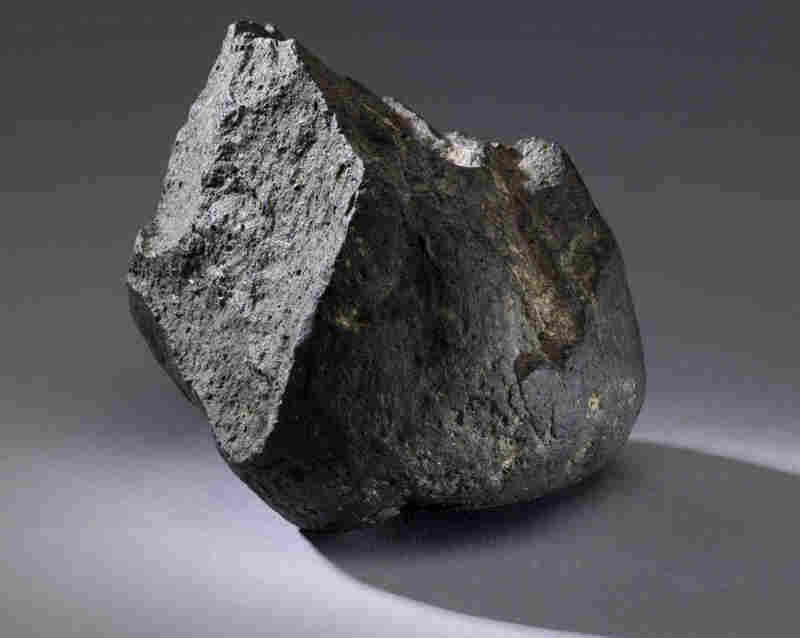 The Olduvai stone chopping tool — used in Tanzania nearly 2 million years ago — is one of the earliest objects that humans ever consciously made. Trustees of the British Museum hide caption 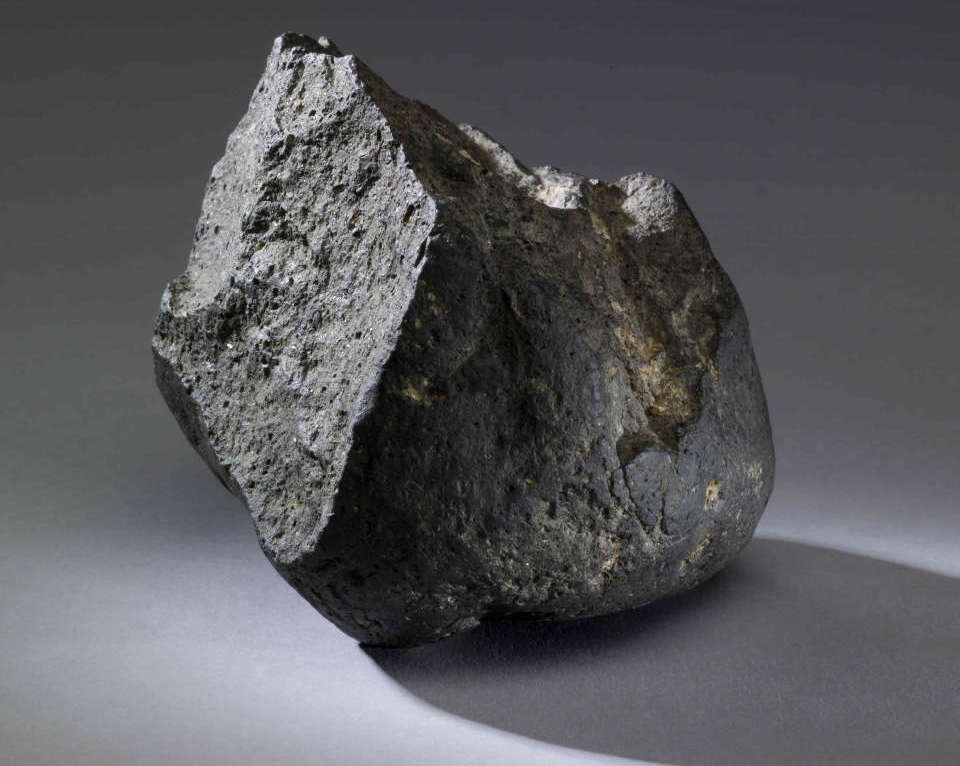 The Olduvai stone chopping tool — used in Tanzania nearly 2 million years ago — is one of the earliest objects that humans ever consciously made.

Trustees of the British Museum

Throughout his life, Sloane collected all sorts of objects from civilizations all around the world, but he was particularly fascinated by how cultures made music.

Looking to represent Native American music in his collection, Sloane brought the Akan drum from Virginia to London in 1730. When the British Museum opened in 1759, the Akan drum was put on display with the label "North American Indian drum."

But it turned out Sloane had been mistaken.

"About 150 years later it dawned on somebody that it didn't actually look North American at all — the carving looked African," MacGregor says.

Upon scientific examination, it was discovered that the drum's wood was actually from West Africa. MacGregor believes that the drum was most likely brought to America on a slave ship.

"This must be one of the drums that was used to make the slaves dance as they were being transported to stop them getting depressed or ill," he says.

Continuing on through history, MacGregor finishes his narrative with items that are much more recognizable to a contemporary audience; the last two objects are a credit card and a solar-powered lamp and charger. From an ancient chopping tool to these inventions, MacGregor's collection charts how far we've come and makes us wonder what objects will come next.