Accessibility links
John Wesley Harding: The Musical Side Of A Split Personality The acclaimed singer-songwriter is also a best-selling novelist. Harding's latest album, The Sound of His Own Voice, is guided by his desire to make his contrasting impulses work together. 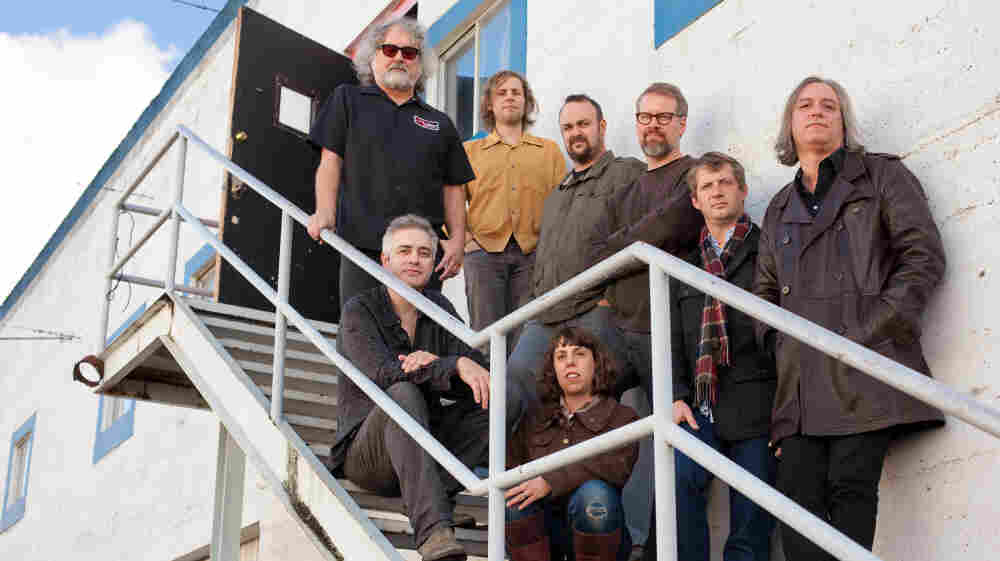 John Wesley Harding (bottom left) and the touring company for The Sound of His Own Voice, featuring members of The Decemberists, R.E.M., and The Minus 5. Jason Quigley hide caption 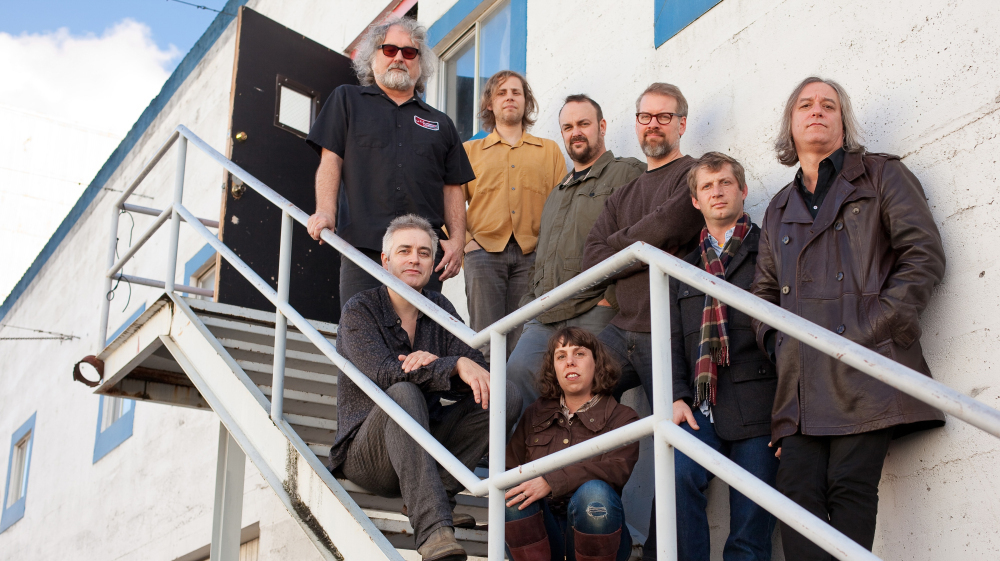 John Wesley Harding (bottom left) and the touring company for The Sound of His Own Voice, featuring members of The Decemberists, R.E.M., and The Minus 5.

Calling Off the Experiment

I Should Have Stopped

"When I first started making music, I took a fake name to disguise the fact I was going to embark on what was bound to be a short, unsatisfactory musical career," John Wesley Harding says. That was 23 years ago.

Harding recently launched a side career as a novelist, for which he uses his given name: Wesley Stace. But he's continued to release music under his alias, a name he shares with a 1967 Bob Dylan record. Speaking with Weekend Edition Saturday host Scott Simon, Harding says he's learned to spread the wealth between his two creative personas.

"I think that novel-writing is kind of taking care of a lot of the fictional impulses that I have. Now, when I think of an idea for a song, I often think, 'Oh, no — that's a terrible idea for a song. But it's a great idea to put into a novel,' " Harding says. "Suddenly, I find myself writing rather more personal material — which, of course, is what a lot of people do use music for. I'd just never really used it in that way."

Harding's latest album is called The Sound of His Own Voice. It features plenty of guests, including Rosanne Cash, Peter Buck of R.E.M., and most of the members of The Decemberists. Asked whether those collaborations affect the work, Harding says it's "a bit of a horse-and-cart, egg-and-hen situation."

"I really wanted to make an album with all the guys in The Decemberists, and so this record really is a long web of friendships going back many, many years," Harding says. "Rather than [say], 'Oh, I'll write a bunch of songs,' I'll look through the songs that I have and go, 'Which songs do I think will make a good album, and which will this particularly versatile group of musicians sound really great playing?' "

"There's a Starbucks (Where the Starbucks Used to Be)"

One of the more provocative songs on the album is "There's a Starbucks (Where the Starbucks Used to Be)." The video, shot in New York in less than five hours, comprises shots of Harding performing in front of 28 different Starbucks locations. The coffee chain's ubiquity is a well-worn punch line, but Harding says Starbucks isn't his real target.

"To me, it's a song about gentrification," Harding says. "It could be Starbucks, it could be The Gap, it could be Barnes and Noble. It could be anyone. It just happens that Starbucks — it's like saying 'God' or 'the Devil.' People know what you mean."

The song "Uncle Dad" is similarly loaded, pairing bittersweet lyrics about divorce with a lilting melody and a bouncy beat. Harding says the contrast is intentional — and comes from years of learning the hard way how content and music fit together.

"On some of my early records, there were some real missteps. There's a particular song on my third record that is so not how that song should have gone — it was a down and depressed and dour song, but somehow in the studio it became a rip-roaring, Springsteen kind of song," Harding says. "Ever since then, when I look back on those things, I try and really make it so that the song and the message fit together. But sometimes, those two things are in counterpoint."