Accessibility links
The Surgery That Saves The Voices Of Silenced Singers Adele has totally dominated the pop charts in 2011, but she's cancelled concerts for the rest of the year to have an operation on her vocal cords. NPR's Elizabeth Blair reports on how singers get to the point where they need this kind of surgery, which singers from Julie Andrews to John Mayer have had in recent years. 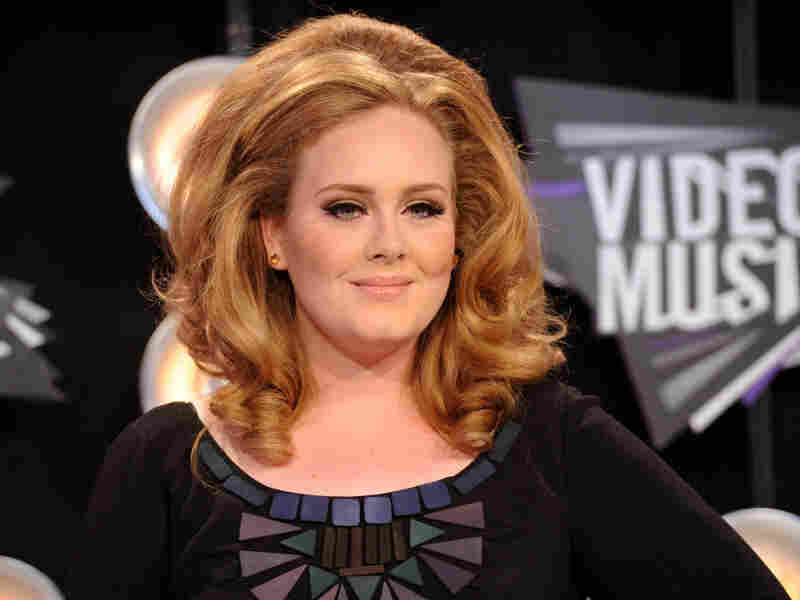 The biggest-selling pop artist of the year has gone silent.

The British pop/soul singer Adele was forced to cancel the rest of her 2011 tour. Earlier this year, she suffered two vocal hemorrhages and will need to undergo surgery.

Singers are in a high-risk business. Many famous singers have needed similar treatment.

"Essentially, people who sing are vocal athletes," says Dr. Steven Zeitels, director of the Voice Center at Massachusetts General Hospital. "So you can look at this as a not unusual scenario as an athlete getting an injury in that area."

Zeitels is now working with Adele. He says that after surgery, Adele will most likely need "a number of months" to recover.

The list of Zeitels' patients is like a who's who of great singers: Julie Andrews, Roger Daltrey and opera singer Denyce Graves.

Graves says that in 2000, her vocal cords hemorrhaged while she was backstage, in the middle of an engagement.

"I sneezed. It was that simple," she recalls. "I sneezed and i hemorrhaged."

Graves says it was clear something serious had happened.

"I lost my voice immediately and it was most frightening, terrifying experiences ever," she says.

She had surgery, but kept it a secret for fear the news would hurt her career.

The causes for vocal injuries aren't always the same. But — unlike athletes or even other musicians — what singers all share is the fact that their voice — their instrument — is being used constantly.

"What people don't seem to understand is that the voice — the vocal cords — are incredibly fragile," says Roger Love, a voice coach who has worked with several celebrities: Maroon 5, John Mayer and Gwen Stefani, among others. He says, when they're working, singers put their voices through a tremendous amount of wear and tear.

"They're traveling. Maybe they didn't sleep well. They're out of their element. Then they have radio interviews, press interviews. Then they head to soundcheckm" he says. "Then they need to get through the afternoon. They're talking to the technical people, talking to the managers, more using the voice."

Then, after all that, there's the show.

Graves credits Dr. Zeitels with practically saving her career. But she says she and other singers still have to watch what they do all the time. She remembers one early morning voice class she had when she was in college.

"My voice teacher said, 'Your voice sounds different. What did you do last night?' I said, 'I was out with friends, laughing having a good time.' She said, 'You were laughing before a voice lesson?' And I thought, 'What am I getting myself into?'"

Adele is learning the hard way. This was her breakout year. She wrote on her blog that she is "heartbroken" and frustrated she can't perform.